Tips on how to use credit cards while traveling

Halong Bay welcomes you to Vietnam

Tourism in the Norwegian Trondheim .. and the most beautiful places in it

Tour within the Swiss National Museum

Lugano is a distinctive tourist destination with its picturesque lakes and steep mountain peaks, which makes it a unique destination especially when planning a vacation away from the pressures of life. The city architecture is dominated by the italyn style, which dazzles everyone who sees it. There are also hiking trails located near the lake, as well as parks, luxury shopping streets, and wonderful restaurants that fill the table across the city.

The best sights in Lugano, which you notice when you approach the waterfront. Characterized by its wild nature, and the virgin wherever you look towards it you find the mountain peaks surrounding it. Lake Lugano is long and winding as it fills the deep valley folds among the mountain peaks, which prevent viewing the rest of the lake, and you can visit it by taking a tour of the boat. 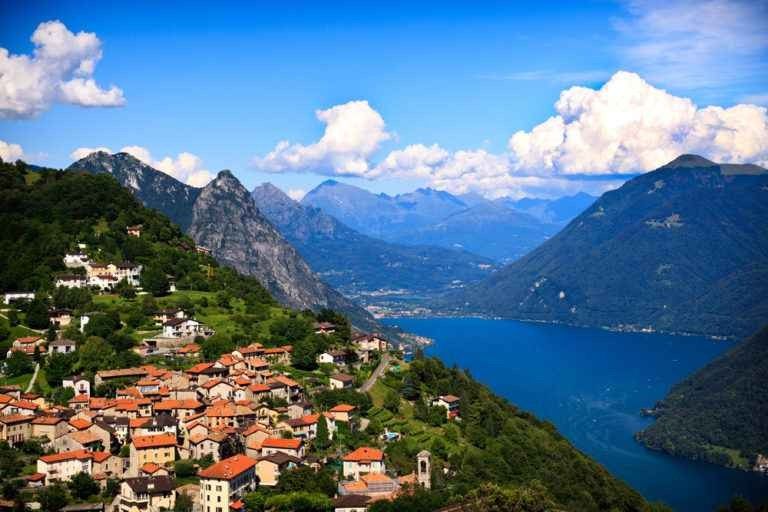 The southern part of the city is full of mountains and huge stones stacked, and Monte San Salvatore is one of them and is one of the most beautiful places of tourism in Lugano.It extends to nine hundred meters, and at its summit you can enjoy a complete view of the region and the western part of the Alps. You can reach it by hanging railway that runs across the slope, and that takes twelve minutes. You can climb up the steps of the summit down, if you love adventure and it takes about an hour. 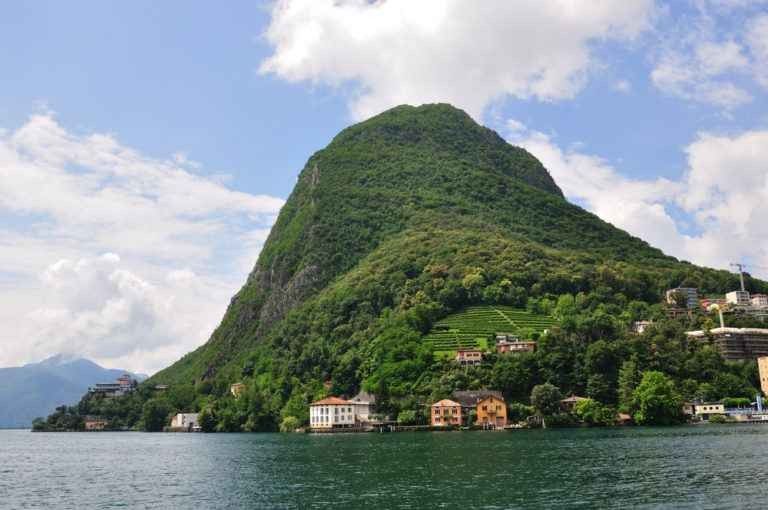 Read:Travel advice to Switzerland … attracting the Arab tourist to its mild weather and picturesque nature

Monte Prei is located in the suburb of Casarat, west of Lugano, another mountain with a panoramic view of the city. Up to nine hundred and twenty five meters high, it contains a railway that gives you an antique classic feel, although it is newer than its San Salvatore counterpart. The top of the mountain contains two restaurants, from which you can see breathtaking scenery. It is known as the most sunny mountain in Switzerland so it is one of the best places to visit in Lugano. While climbing up or down the mountain you can stop at a wild village, which is confined between the slopes and is another destination to enjoy the beauty of the region. 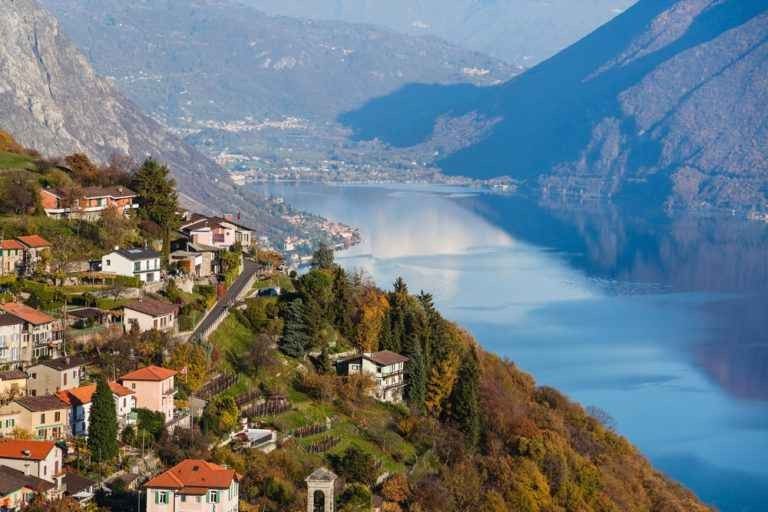 The historical center of Centro Storico

The Lugano Old Center is a destination to explore, crowded with both Baroque and Renaissance style churches, monasteries, palaces and footpaths. This makes it one of the most important places of tourism in Lugano. Piazza Reforma is one of the first destinations to go, there are homes painted in pastel colors full of vitality at all times. At the southern borders of the historical center, you find the amazing facade of the neoclassical city hall. There is also a tourist office located, which you can contact for any questions or complaints. 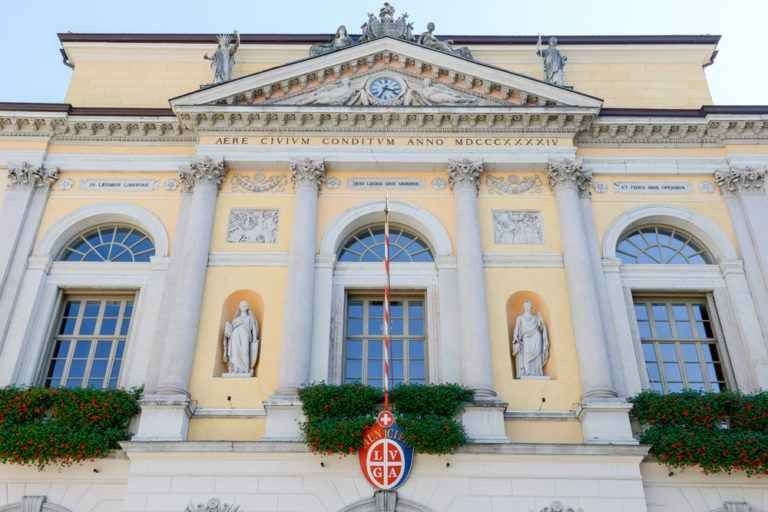 The historical center of Centro Storico

One of the tourist attractions in Lugano, which has a great tourist turnout, and is a neighborhood located opposite the waterfront, along the city bay and even the old part of it. Here you can do one of the most important tourist activities, which is shopping as you can take a walk in the corridors and corridors dating back to the seventeenth century .
Via NASA streets are filled with jewelry stores, clothing, and branches of various international brands, as well as a large number of restaurants and cafes. 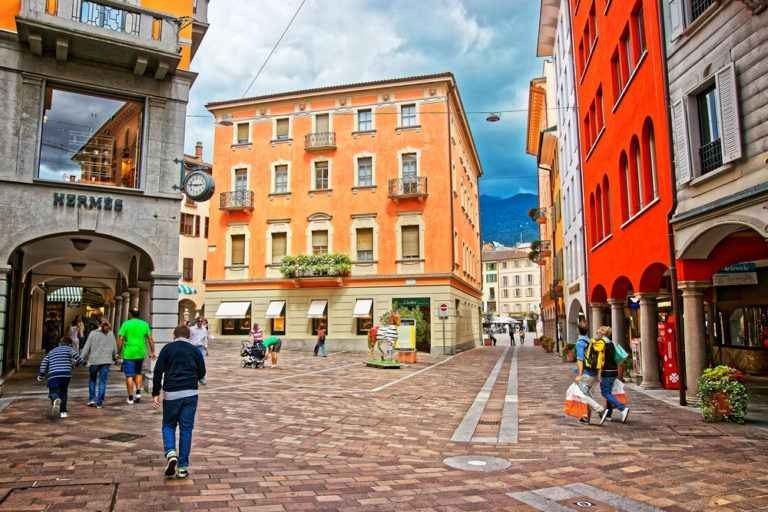 Civic Park is located in the eastern part of the city center, and it is ideally located opposite the lake, so do not miss it when traveling to Lugano. It also contains a number of interesting destinations; the Canton Library and the Convention Center. Next to it is Villa Kayani, which contains picturesque gardens with flowers, palm trees and shrubs. 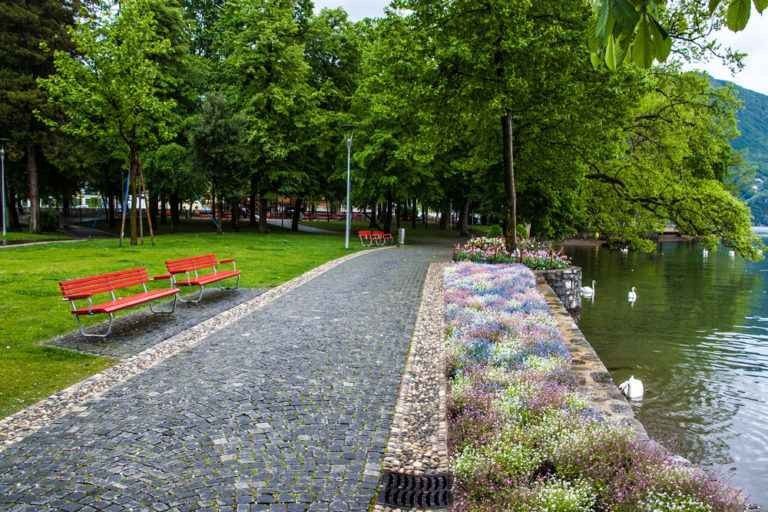 One of the most famous tourist places in Lugano, and it was once a monastery of monks, the exterior is sober and solid; the interior is interesting and full of vitality. From the entrance to the altar, you find a collection of the best Renaissance frescoes. Painted in 1529 by Bernardino Loeni, the church has a number of wood carvings that are worth seeing. 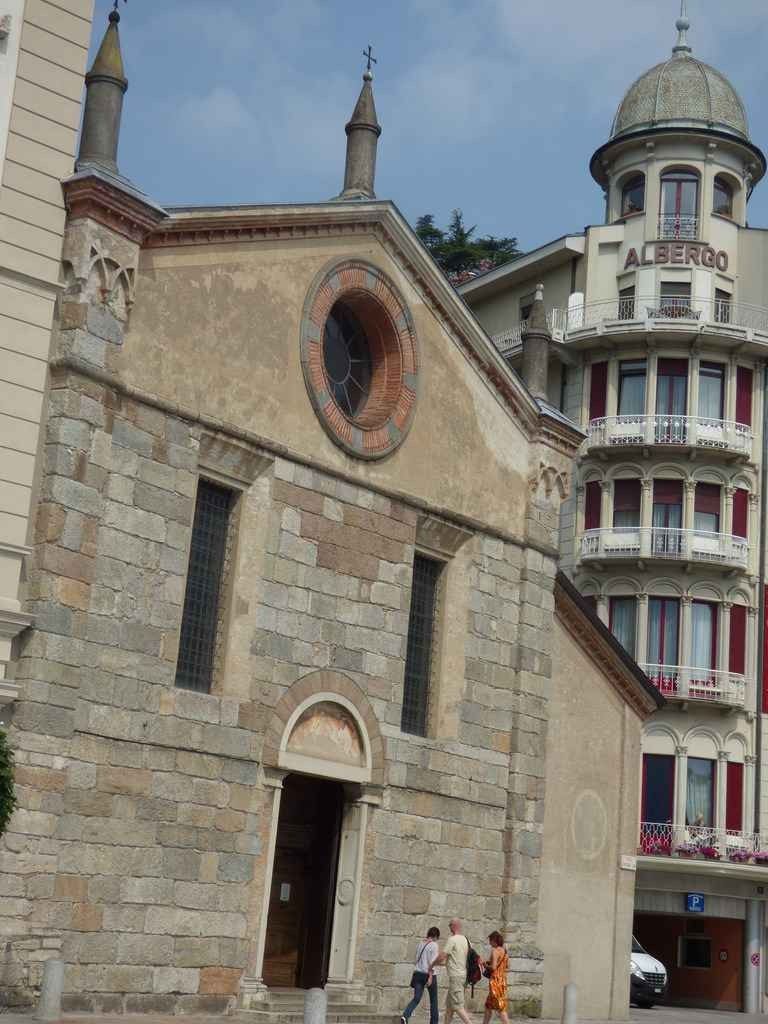 Read:Lake Zurich for all tourism and water sports enthusiasts

The Cathedral of San Lorenzo is one of the most important tourist attractions in Lugano, it is a true treasure of the city and one of the remaining Renaissance cathedrals. It was carved in white limestone and Carrara marble. The church dates back to the sixteenth century, and has charming designs among them; the three gates that contain sculptures in the form of medals and birds. The center of the church fascinates with its pink window, decorated with sculptures, and the statue of the little angel. The upper floor of the cathedral has a balcony, overlooking a picturesque view of the lake and mountains. 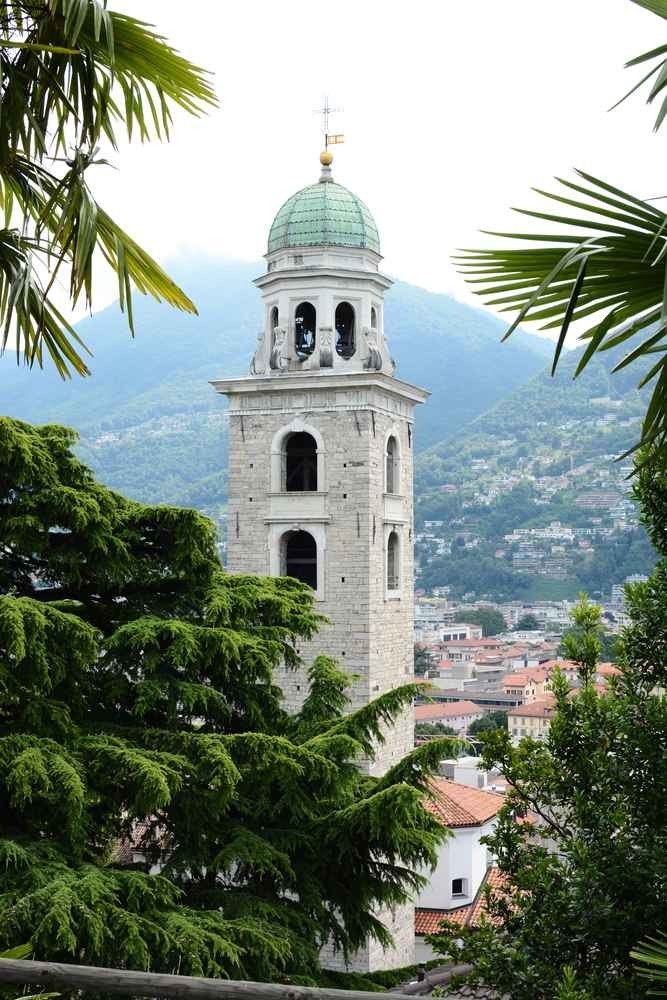 The Hesse Museum is one of the tourist destinations; not to be missed when traveling to Lugano. The museum is located in Casa Camusi; a home belonging to Nobel Prize winning author and German author Hermann Hess. The exterior design of the house is stunning, and while Hess remains in it has written a number of his classic works such as; Goldmund, Siddhart, Westpennulf and Narcissus. The museum also finds a number of correspondence between Hesse And other people like: TS Elliot, Freud and Hess writer. There are also a number of books, pictures and drawings of Herman. 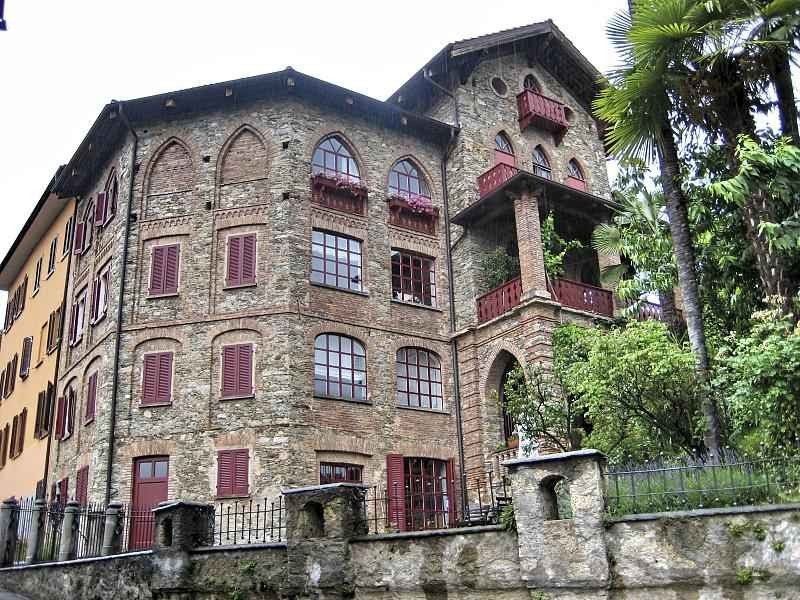 Hesse Museum Read also: The most popular place in Geneva

Gandria, a small village opposite the lake, is one of the most beautiful sights in Lugano. She joined her newly in 2004 and is located east of the slopes of Monte Berry. It is of unspoiled nature and enchanting beauty, and it looks today as it was hundreds of years ago. Known as the cigarette and meat industry, located near the italyn-Swiss border, you can stroll through the streets and corridors of the village full of cliffs, which contain a number of monumental buildings such as; the church of St. Feglio of the fifteenth century. 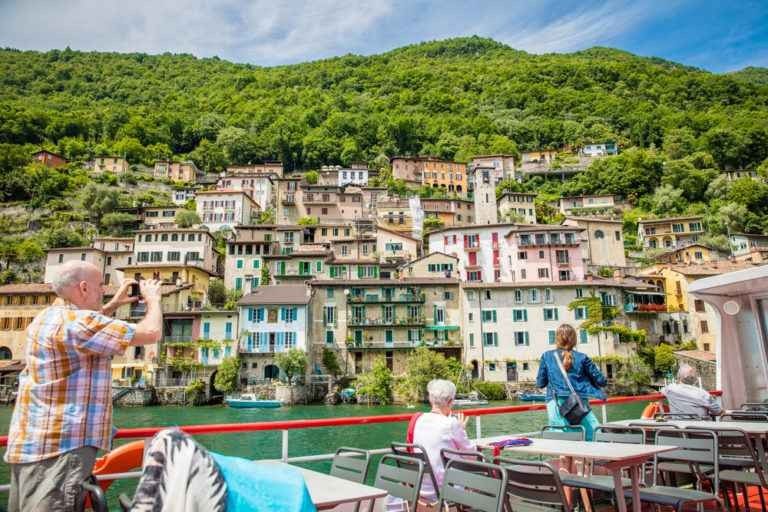 Another destination of Lugano is one of the best open-air museums, located near the mountain of San Salvatore, and named for this name as it contains miniatures of all the important landmarks of Switzerland. The museum’s open square contains one hundred and thirty examples of churches, castles and palaces. , And natural terrain. If you travel with your children, they will love the mini railway that runs through the museum. 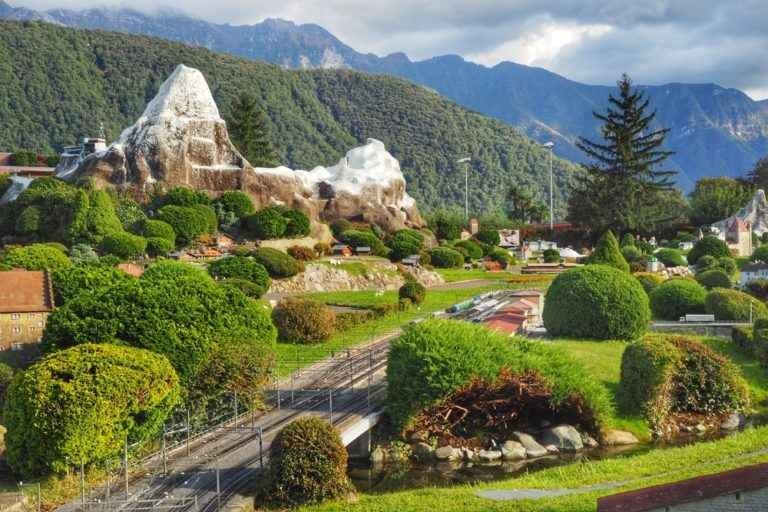 One of the noteworthy attractions of Lugano is east of the Civic Park, and is an ideal holiday resort, whether you are traveling alone or with your family; it includes more than one outdoor swimming pool; one with games and obstacles dedicated to children, and another with a huge Olympic size, and another medium-sized As for the latter, a diving pool is dedicated to fans of this sport. Lido di Lugano also has a sandy beach, overlooking the waterfront and the high mountains of the city. You can swim in the lake if you want to, and you can also enjoy watching a movie in the open air, on one of the special summer nights. 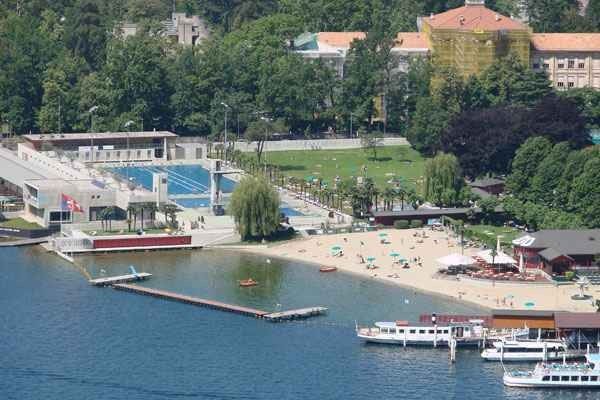 Tourism on Necker Island … the most beautiful tourist activities

The cost of tourism in Switzerland… the source of “happiness” ensures that you spend a distinguished trip at the lowest costs.

The most important sights in interesting Fujairah

What is the capital of the Republic of Peru

The 6 best Taif amusement parks that we recommend visiting

The most important sights in Djibouti

Where is the Ministry of Justice located in Riyadh?

What is the capital of St. Vincent

Report on the Millennium Hotel Makkah

Where do I go in Istanbul

Uzungol is one of the most beautiful tourist destinations in Turkey