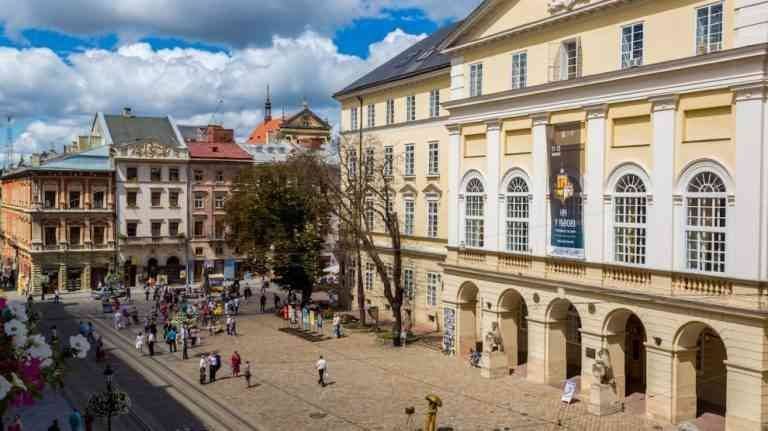 Tourism in Lviv, Ukraine Lviv is famous for being a distinctive tourist destination in Ukraine due to its beautiful tourist attractions, as many of the city’s buildings date back to the thirteenth century and despite being exposed to wars and conflicts for a large period of time, but still possesses about half of the archaeological sites in Ukraine in addition to providing services Various obtain the satisfaction of tourists, whether the accommodations of hotels, apartments and guesthouses with high levels or restaurants, cafes and various entertainment centers are considered to be a relatively cheap city in terms of food and housing prices, as the transportation is easy for the availability of means Transportation such as buses, railways, trams, buses and taxis, and you will surely enjoy riding the tramway cars that have existed since 1880, which is one of the symbols of the city. 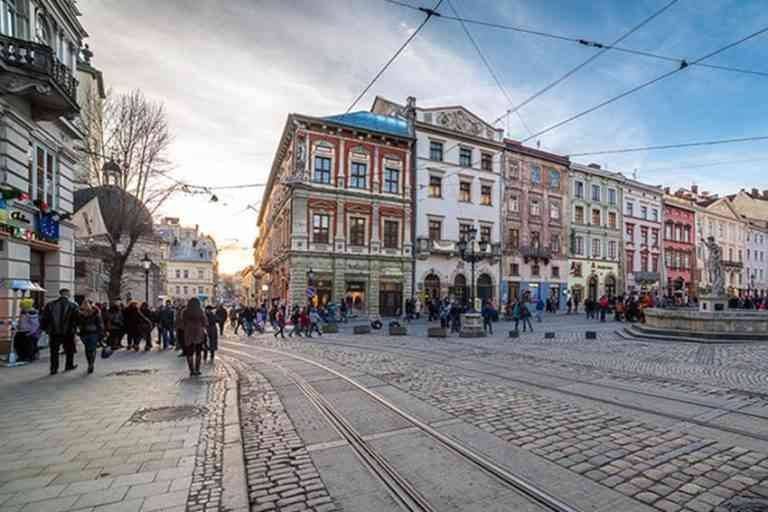 Lviv streets, dear tourist, Lviv city is famous for its unique architecture where beautiful Gothic buildings and distinctive Baroque buildings besides many buildings that were built in the Renaissance and that was why UNESCO included them in the World Heritage sites, it is one of the most beautiful and most important cities in the Middle Ages, it is necessary to roam Its streets to know its history and enjoy watching these beautiful buildings and take memorial photos next to it. Dear tourist, you will certainly enjoy shopping from these streets because of the presence of distinctive shops in them and you should try sitting in one of the cafes on the street in the early morning and have a cup of delicious Ukrainian coffee in the open air, we assure you that you will get the most beautiful photo shots and the city occupies the center The seventh as the largest city in Ukraine, and it is one of the important cultural centers, as the city has witnessed various historical epochs, leaving us with archaeological features indicating governance in each era, and the effect of that appears on its streets.

“Lviv festivals” .. the most important tourist attractions in Lviv Ukraine ..

Lviv city is famous for its many festivals at any time of the year and it is organized in the open air so that the largest number of visitors can attend, so the city holds about 50 festivals per year, examples of which are the food festival that offers delicious types of food and the music, art and culture festival And these festivals express the history and culture of Ukraine through the presentations it offers.

Lviv Parks are the most beautiful tourist places in Lviv, Ukraine. 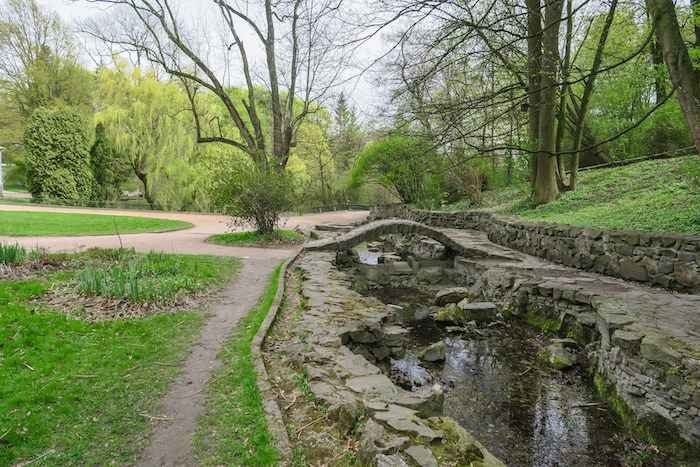 Lviv Parks Lviv Parks are called the green city because they contain many parks dictated by green spaces, the city has the first public park in Ukraine and it also has about 10 public parks and one of the most beautiful is the park “Strysky Park” so do not miss her dear tourist to spend the best times in it Where greenery, landscapes and various recreational activities that appeal to visitors. 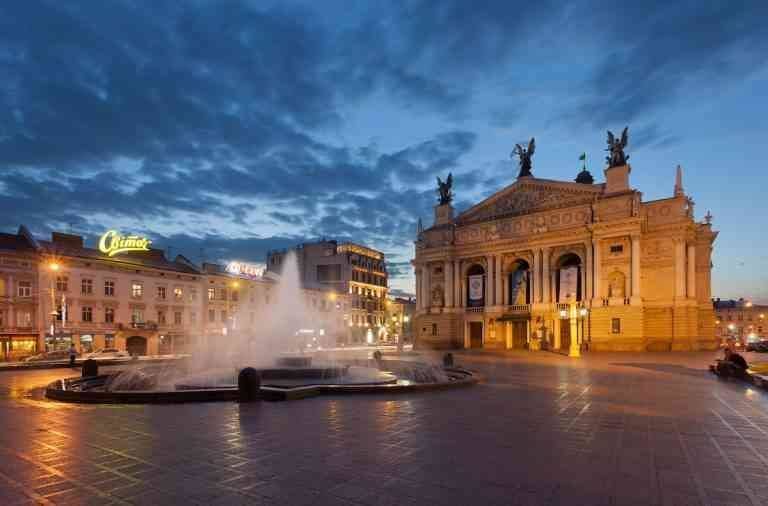 Artistic places in Lviv Lviv city is famous for its interest in art and culture in general, so there are about 7 theaters that offer interesting and expressive presentations on the country’s heritage and its issues, along with about 20 art exhibitions of various arts, in addition to 49 museums that tell visitors the history and culture of the country so you should go dear the tourist To the theater if you are a fan of art and do not miss watching the beautiful ballet shows at the Opera House, which is characterized by its beautiful architecture, as it was created in 1901 and is among the most beautiful opera houses in the world.

“Tostan region” .. the most important places of tourism in Lviv Ukraine ..

It is considered one of the best natural places in Lviv city, where the wonderful steep rocks are up to 50 meters long, and these rocks are distinguished by their formation of various strange shapes, and perhaps the strangest human face carved from the rock. 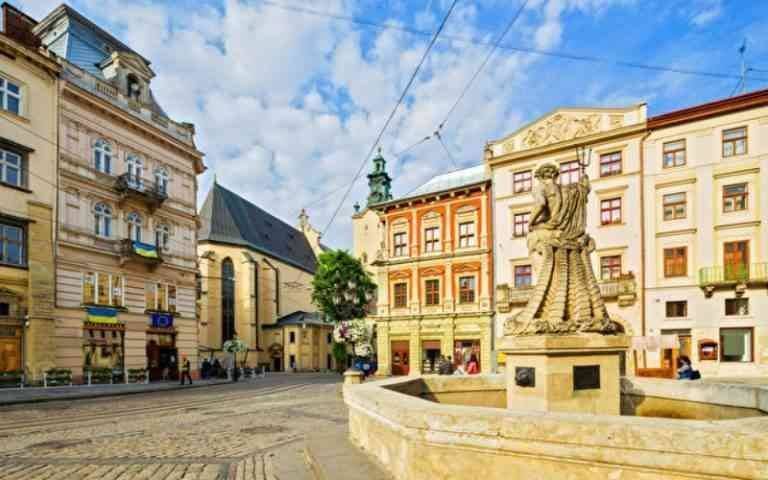 Market Square This beautiful square was formed in the fourteenth century and is one of the best shopping places in the city since ancient times. Until now, it is surrounded by about 44 houses that express different ages such as the Renaissance and the Baroque era, and from the important archaeological places, the city hall also has two statues carved in the form of Black bear city shields.

Traveling to Lviv, Ukraine. Learn about the best museums in Lviv. 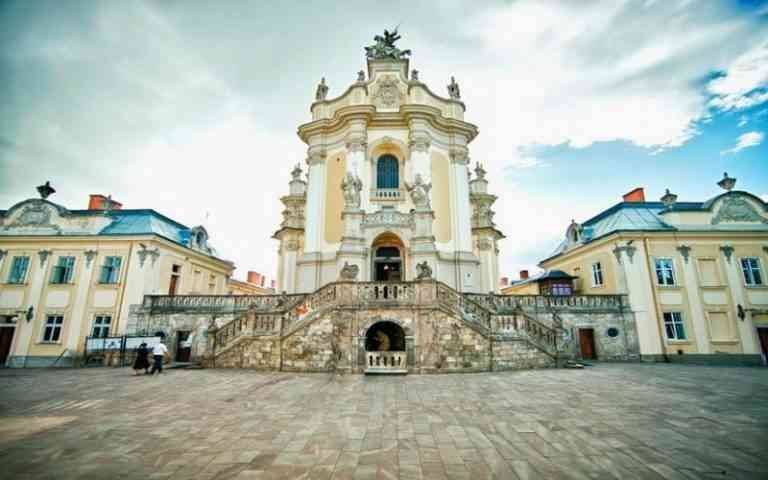 Learn about the best museums in Lviv city “Arsenal Museum” .. The best tourist attractions in Lviv Ukraine .. It is one of the best museums in the city and in the same place in the past The first arsenal in the country was established in the fifteenth century to be demolished and then another building was built to store weapons then That became a prison until the building eventually became a museum that attracts a lot of tourists to it as it includes a group of the best weapons in Ukraine, the museum works throughout the week except Wednesday. “Museum of Popular Architecture” .. Tourist places in Lviv Ukraine .. We advise you to visit this museum located in Northeast of the city to learn about the rural tradition of minting The locals, who are still proud of it until now, in addition to its beautiful scenery represented in the wooden stairs, polished floors and exquisite designs that express the popular heritage of the region along with many important popular holdings. “Historical Museum” .. Tourist sites in Lviv Ukraine. It is considered one of the most important museums in the city and if you love history and want to know the history of the city of Lviv, you should visit it. Brilliant and pick up Memorial by photographs, all days of the week except Wednesday the museum works.

Traveling to Lviv, Ukraine. Learn about the most delicious cuisine in Lviv. 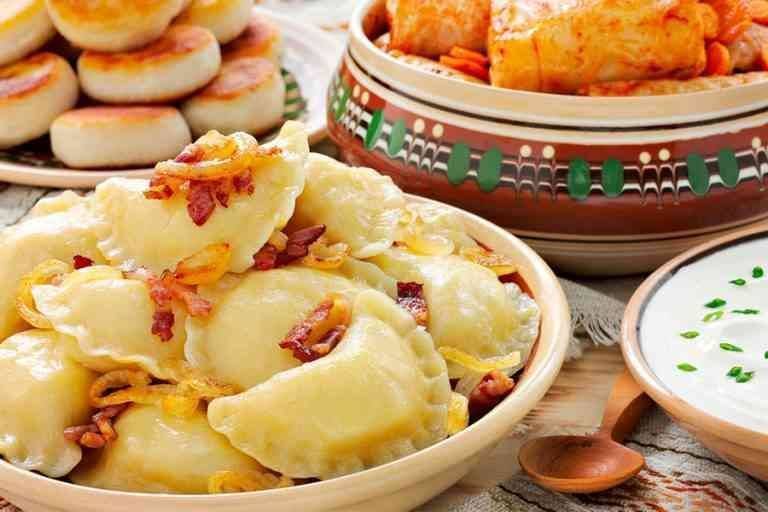 Learn about the most delicious cuisine in the city of Lviv, the city is known for its diversity of foods between traditional local and international cuisine, we advise you to try the local meals in it to taste delicious Ukrainian food especially baked goods and sweets and you should try the traditional dish “cabbage soup” dating back to the eleventh century in Ukraine and Its components include meat with spices and also a “cache” dish. It is one of the most famous dishes and is a delicious grain of oats, barley, buckwheat and other delicious ingredients. You cannot miss a cup of Ukrainian coffee, it is one of the finest types of coffee in the world a The best restaurants in the city Fmtam “Bar Mushly” specializes in providing a variety of delicious seafood restaurant “Bratello” The Restaurant “Mons Pius” Fmt_khass in providing delicious grilled dishes.

Tourism in the Italian Cagliari .. and your guide to reach the most important tourist attractions in Cagliari ..