The Colosseum: the most important symbols of the Romen Empire in Italy

The best hotels in Kuala Lumpur for families

The Spanish island of Majorca is an island whose beaches share the Mediterranean coast with the Balearic archipelago to make it the largest, most charming and popular tourist island in Spain.

The beautiful island has archeological, historical and natural ingredients that make tourism in Majorca the best that tourists can think of when planning a visit to Italy. Now, let us sail together on a trip to the most beautiful places of tourism in Spain.

Palmadi Island Mallorca as a coastal city famous for its picturesque beaches includes a series of hotels and tourist resorts varying in the level of services and prices to suit different tastes and categories arriving with the aim of tourism in Majorca, and below we show the most important and best hotels of the island of Majorca … Read more 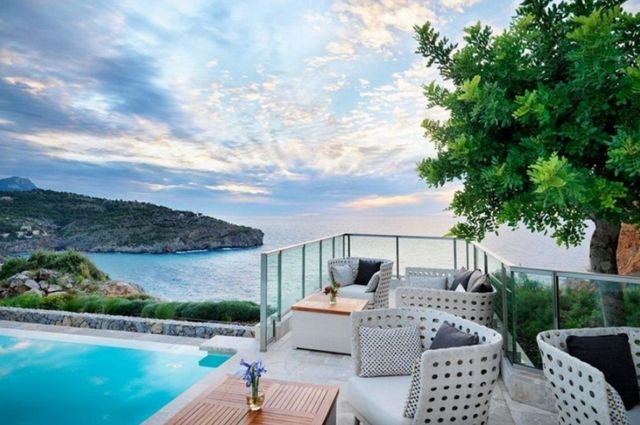 Among the most important and most famous tourist places in Majorca dating back to the Middle Ages and with more specificity to the 14th century, and is distinguished by its Gothic architecture and its location on the top of a hill that reveals the picturesque port and beaches of Palma, also includes a museum and a trench that narrates the history of the city and is one of its most famous landmarks.

Read:List of the best hotels in the Spanish city of Malacca 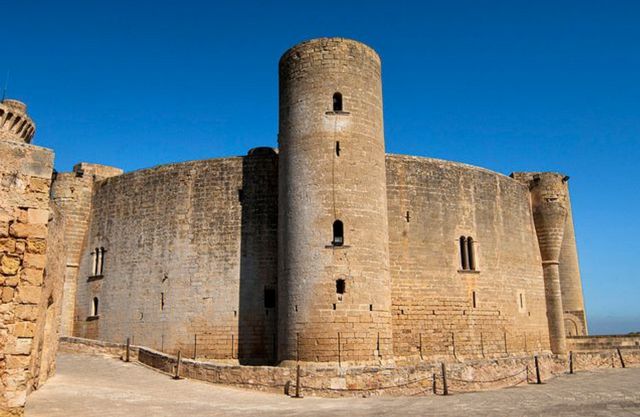 One of the most magnificent monuments that you can visit on the Spanish island of Mallorca, it is a castle located above the mountain peak bearing its name and reaches a height of 800 meters above sea level, and is characterized by its Islamic architecture dating back to the era of Islamic rule in Andalusia and its charming views of the peaks of Puig Machur and Serra de Tramuntata. 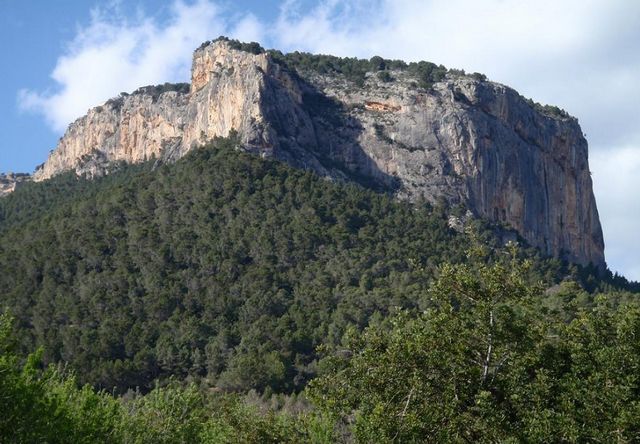 The city of Palma

It is the main city on the Spanish island of Mallorca as the capital and the location of most vital facilities, services and facilities such as the airport and the main branches of stores that display the most famous brands and international designs specifically in the field of clothing, cafes and high-end restaurants, in addition to picturesque natural attractions such as bays, beaches, mountain ranges, parks and forests. 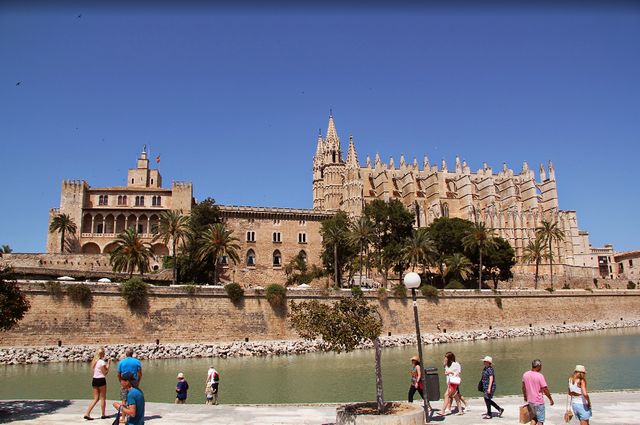 One of the most magnificent natural monuments that can be visited during tourism in Majorca is one of the most famous and oldest cave chains in Mallorca Spain with a lifetime of the Miocene and its discovery dating back to the nineties of the nineteenth century.

Read:Learn about the most beautiful sights in the Spanish Lagumera

Del Drake Caves, known as the Four Dragon Caves, are distinguished by their depth of 25 m, length of 4 km, and the lake through which they conduct annual musical celebrations. 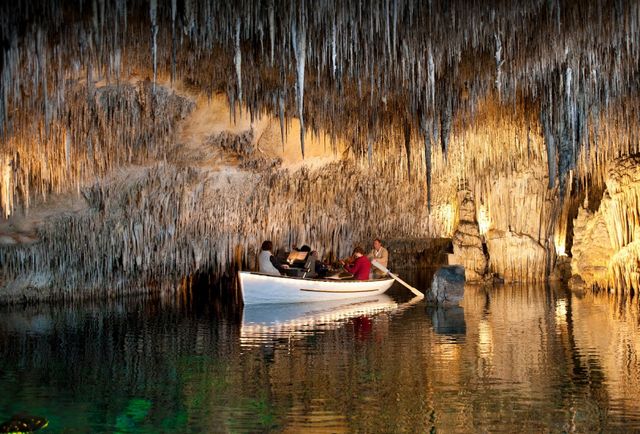 One of the most beautiful landmarks on the island of Palma de Mallorca, where you can enjoy watching the wild animals that the city of Mallorca is famous for in its natural environment, while enjoying the Twitter and the beauty of the views of migratory birds. 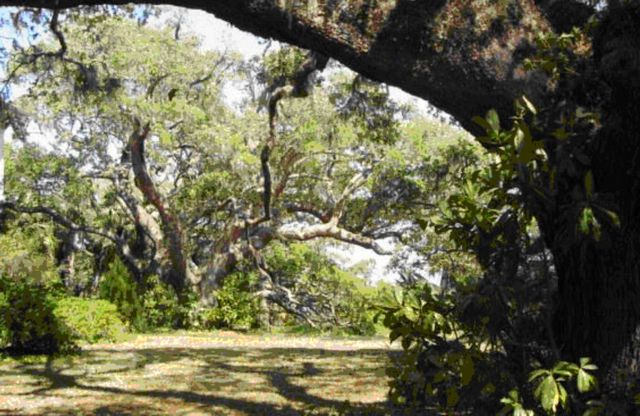 It is one of the most important activities recommended during tourism in Majorca, as the train is a moving tourist attraction dating back to the beginning of the twentieth century. 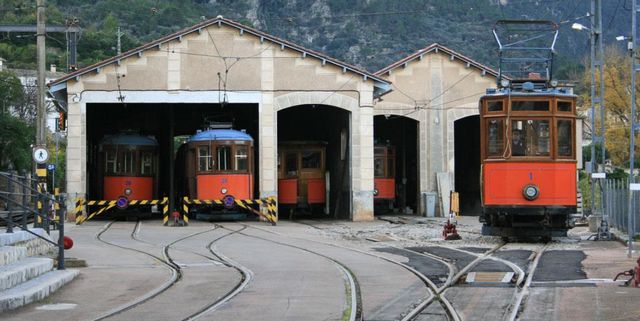 Among the tourist places in Majorca is the first to visit during the tourism trip in Majorca thanks to its distinctive architectural design and its inscribed columns, which date back to the era of Islamic rule in Andalusia. 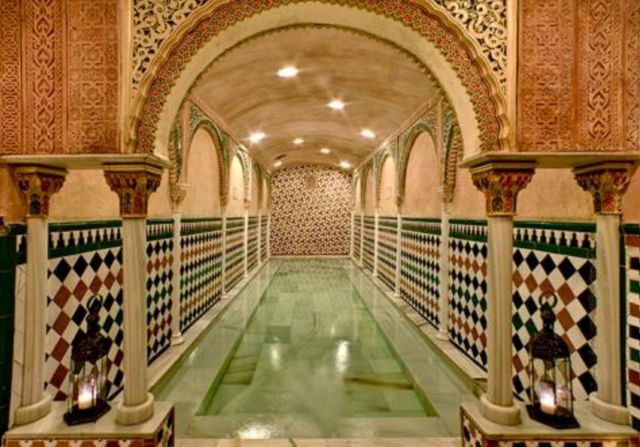 Mallorca island in Spain is famous for its series of art and historical cultural museums that attract the attention of tourists from everywhere to the city of Majorca.

Perhaps among the most famous art museums on the Spanish island of Mallorca that showcases paintings, sculptures and belongings of the most famous international artists such as Picasso, Salvador Dali and Jean Miro, the Museum of Contemporary Spanish Art and Mori de Sant Martí in Palma, and the Fondasio Pilar Ion Miro Museum in Cala Major, in addition to a museum Museo de Mallorca, which reviews the history of the island recurring across civilizations. 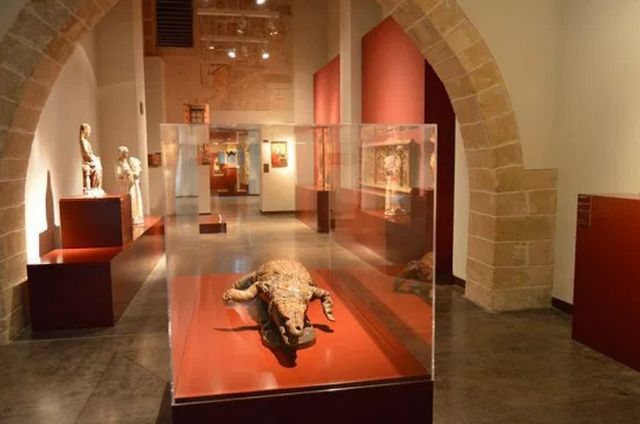 The best 8 places to visit in Mallorca Spain

The most beautiful 7 beaches in Majorca

Directory of the most famous places of tourism in China

Information about the mask festival in Venice, Italy

The 5 best activities in the Entertainment City Qatar

Reasons to travel in winter to Europe

The customs and traditions of Rome … the most important and prominent habits that the italyn people are famous for.