The island of Malta

Island of Malta is one of the European republics located in the Mediterranean Sea as an independent island, and it is the smallest country in the world, as well as the most densely populated.

The island of Malta is famous for being among the most important tourist areas that attract tourists from all over the world, due to its distinguished geographical location and its many unique and unique monuments that make it a precious jewel within the European continent, and is also characterized by the multiplicity of civilizations and the effects of it due to the circulation of its occupation more than once at the hands of Different countries, peoples and armies, the most prominent of which were the Romans, Spaniards, Muslims, French and British, and Malta is one of the European republics that overlooks the Mediterranean, and it is also one of the smallest countries in the world, and most densely populated. 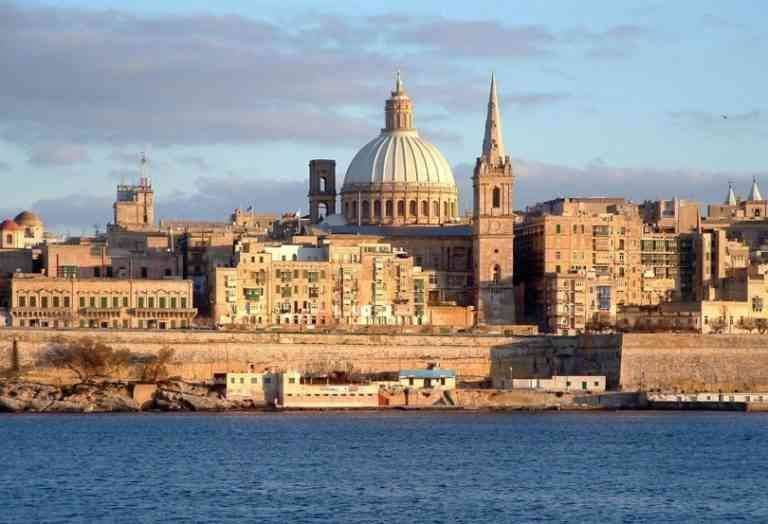 Valletta is the main capital of Malta and its main cultural center, and it is one of the largest cities in Malta, it is located on an area of ​​about 80 hectares, and it is one of the most important places of tourism in Malta because of its distinct architectural character, and one of the most famous architectural designs famous for it we find the Baroque character Also, it is one of the countries that is characterized by the ancient European character, as it maintains its basic form since ancient times without a clear change in its main structure, and accordingly the city was placed on the list of UNESCO World Heritage sites since 1980 AD. When talking about the city of Valletta, it cannot be overlooked that Saint John the Jerusalem and his army had a great influence on the history of the city and its current building designs, since in the period between 1530 to 1798 AD, Malta was occupied and those armies were credited with building many palaces and museums Castles and fortresses that are close to each other in the form of a distinctive architecture in which the city is famous, as it contains a huge port that is considered among the most important natural ports in Valletta, and this port is famous for receiving European tourist delegations, large ships and private boats, in addition to receiving mega yachts, Something that made me worse From Valletta, there is an aesthetic center where you can take unique cruises and enjoy the view of the city and its environs. Read also: Tourism in Cyprus … the most beautiful Mediterranean islands 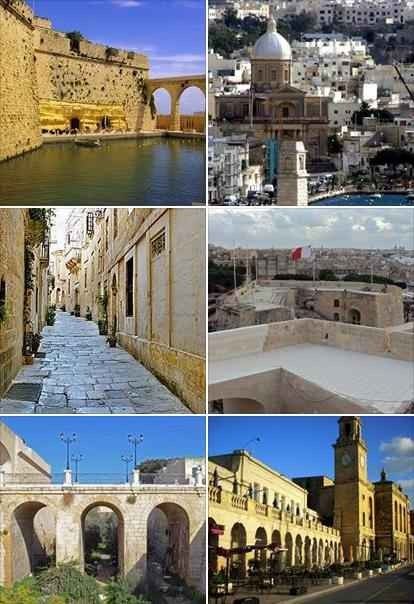 The city of Priego is located in a geographical area close to or in front of Valletta along the large port, and is located on an area of ​​50 hectares and is one of the ancient Maltese cities, and Priego is one of the first cities that the Knights of St. John established after they headed to Malta, therefore in addition to its beautiful architectural buildings In which it was established, it includes a number of beautiful landscapes, in addition to a good number of restaurants and cafes for rest and relaxation, so Priego is one of the most beautiful places of tourism in Malta as it also contains many archaeological sites that a tourist can walk through such as Ħaġa r Qim, Qrendi, Mnajdra and all of these sites are listed in the World Heritage sites, and are also distinguished by their difficult building structures, which makes the tourist enjoy a long time during them. 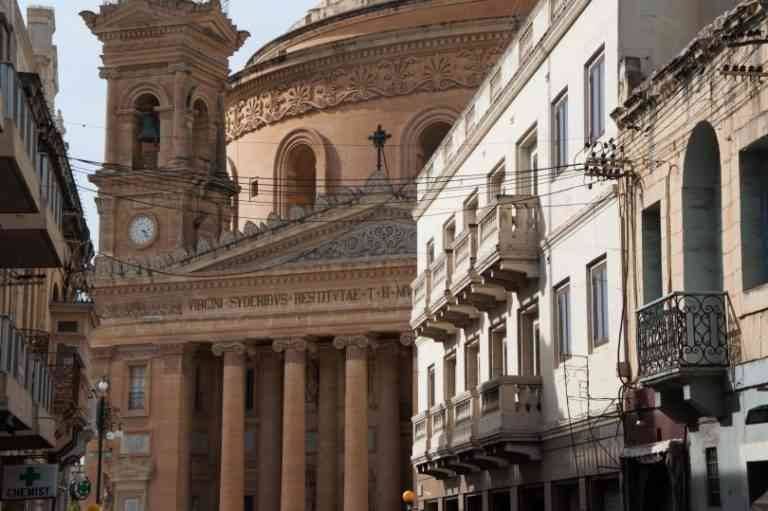 It is one of the most beautiful and famous Catholic churches, and it is considered one of the prominent churches that distinguish the city. The church was opened in 1865 AD, and tourists consider it one of the most beautiful places of tourism in Malta, and that church is distinguished by its architecture that was built on the new classical architectural form, and distinguished in its matter It was built on the site of a previous church, and one of the most prominent features of its architectural form is the huge dome, which is the third largest dome located in Europe and the ninth largest dome in the world, and when the tourist wanders inside the church he finds it elegantly decorated alongside marble floors and dozens Of the compartments The wood, as well as the altar for the church, is decorated with gold, so it is indeed one of the best places of tourism in Malta. Read also: Places to visit in Europe in winter 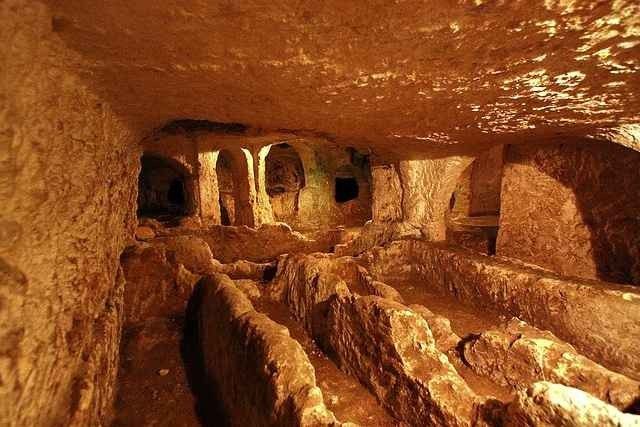 The catacombs found on the island of Malta is one of the most famous tourist places in it, and it is a very ancient and archaeological site consisting of a Roman underground cemetery that dates back to the fourth century AD, and those catacombs in the past were the last resting place of the dead in the area around the city, The place is distinguished from the inside, and it is very suitable for accommodating the dead bodies of children or adults, during which more than a thousand bodies were found, and when studying the place and the fossils in it and the skeletons, the researchers arrived because these burials were for Christians and Jews together. This makes it a tourist destination, that it has historical and religious significance together, and ritual ceremonies have always been held in it as it was used to save the lives of hundreds of people during world wars and was used as a refuge to avoid inhaling the air gases that the planes threw over the city. 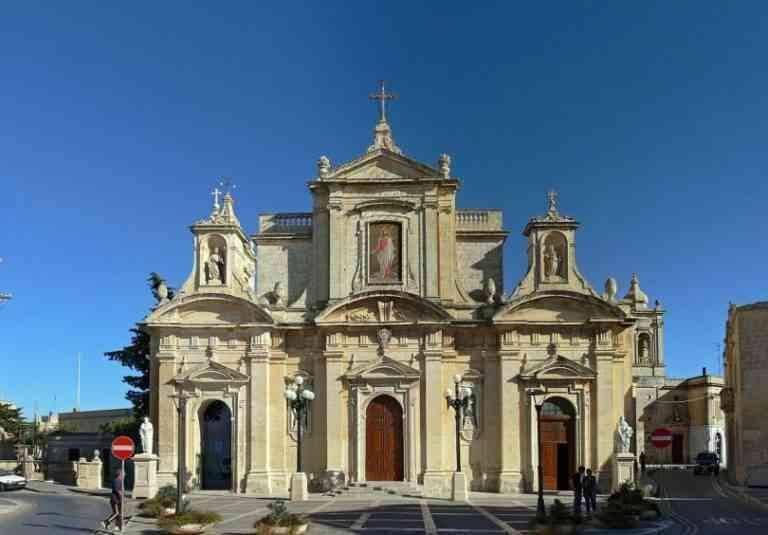 This church is considered one of the oldest churches in Europe and was built in the seventeenth century AD, and it was called the Church of St. Paul because the local people at that time believed that St. Paul the Apostle stayed in it in the year 60 AD, and that church is distinguished by its simple architecture, beauty and elegance Its unique design also, as the church is open for visitors free of charge, therefore it is one of the most prominent places of tourism in Malta. Read also: Tourist places for children in Europe .. 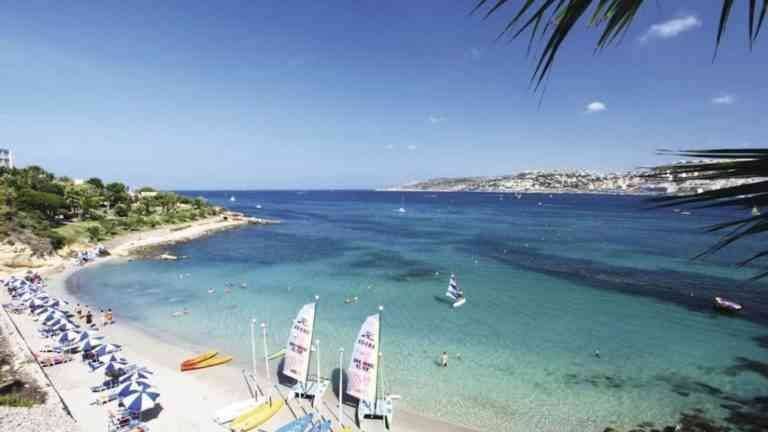 Mellieha Bay is considered one of the most famous bays in the world, which makes it unique and famous as a tourist landmark. It is considered the largest, longest and most popular bay accompanied by a sandy beach in the islands of Malta. This bay is famous for its large number of cafes and simple shops that spread on its banks and provided drinks and light handmade products that he loves Visitors, and the bay is also characterized by many wonderful beautiful scenery, including hilltops located near the village of Pope and the Agata Tower. 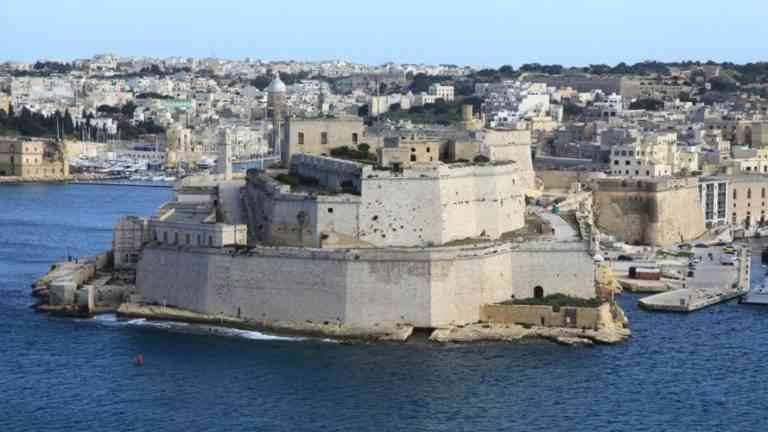 The Temple of the Habogium 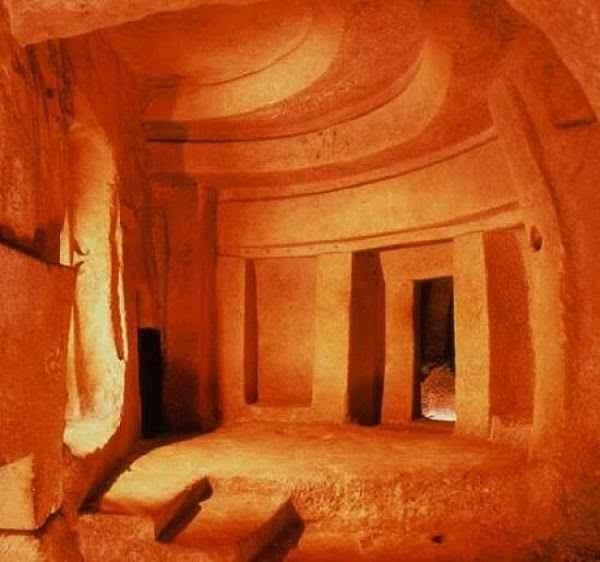 Habujium is one of the most famous temples around the world, located in the city of Pula on the island of Malta, and there is a specific underground, which made it a unique tourist destination that attracts visitors because it is the only temple in the world that was built under the ground, and tourists and visitors to the temple can see a number of rooms, halls and corridors that It was carved out of rocks, or from the deepest room in the temple, it is located 10.6 meters under the ground, and because it is a tourist attraction, its entry is not free, and the number of visitors to it is limited due to the lack of oxygen and the difficulty of breathing under the ground. Read also: the most beautiful new tourist cities in Europe 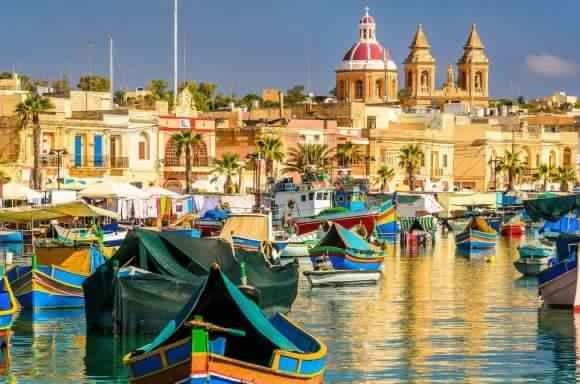 The Golden Bay is the most famous sandy beach in the world, and it is located on the island of Malta on the northwest coast, and it is considered one of the most crowded popular areas on the island, as it is one of the most prominent and best places for tourism there; as there are many beds and councils dedicated to rest, relaxation and enjoyment on the banks of the Gulf The sun is warm, and the Gulf is overlooked by some beautiful hotels, clubs and resorts, and there are many unique water games that tourists enjoy playing. 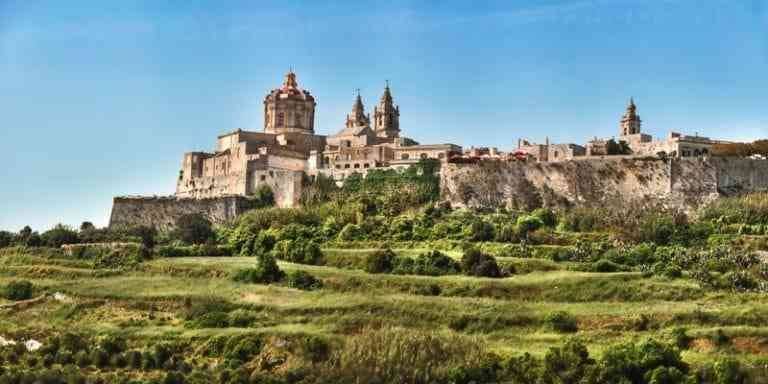 This city is characterized by being completely surrounded by a very ancient wall dating back to 700 BC, and it was built by the Phoenicians to protect the city from conquest and protect it from the attacks and infiltration of enemies. It has been dubbed the “Silent City”, and it is currently being restored so that life can return to it again, especially in the palaces in it. 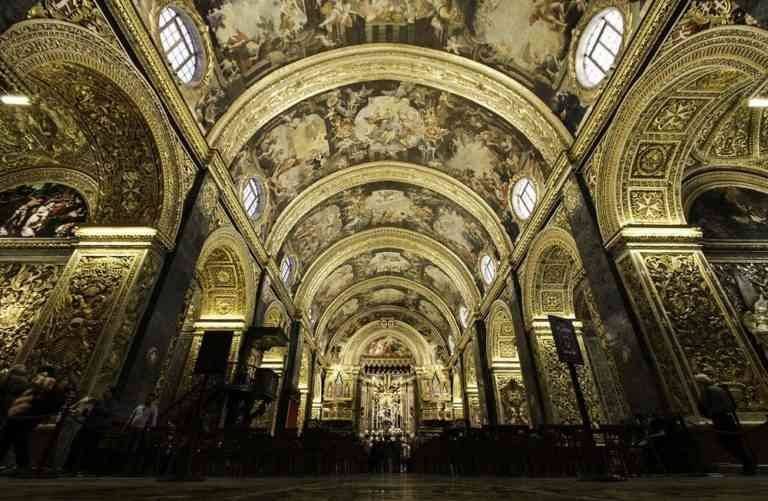 This cathedral is located in the city of Valletta, capital of Malta, and is characterized by its good design and art of its Baroque architecture. This cathedral was built in 1572 AD, and it is from the outside that resembles the castle, but from the inside there are a lot of distinctive decorative works, and this name was named after St. John the Baptist. Who was killed in it. 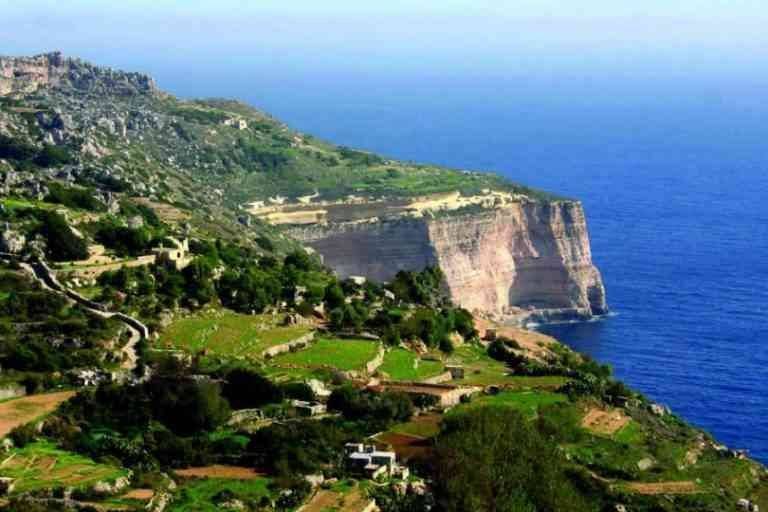 Dingli Village is one of the most important tourist places on the island of Malta, and it is a very small village located on the southwestern edge of the island, and what distinguishes that village is that it is much elevated from the surface of the sea, where it records a height of about 825 feet or 250 meters, and is also characterized by the presence of many beautiful slopes Which attracts its tourists, enjoying its distinguished location in entertainment, hiking and seeing the beautiful scenic views. The village also contains a beautiful small church, and from this village you can see the wonderful blue ocean, in addition to a lot of crafts that characterize the village such as ceramics and tiles. Glass and glass.