Tourism in Mostar is one of the most important tourism cities in Bosnia and Herzegovina, just 25 kilometers from the Adriatic coast

Mostar is a city that has proven to be a good model for coexistence between the different races of Bosnia and Herzegovina. As for its beauty, you will get to know it when you tour the best tourist places in Mostar and enjoy its mild climate and stunning natural scenery.

We show you a group of the best hotels in Mostar Bosnia and Herzegovina, as it provides suitable accommodations near tourist attractions in Mostar .. Read more

The best tourist places in Mostar

Many tourists flock annually to the most visited tourist sites in Mostar, Bosnia and Herzegovina, for the amazing tourist attractions it contains. In our article we will mention the most important landmarks of Mostar:

The Muhammad Pasha Kosky Mosque was built in 1617 in the city of Mostar, Bosnia and Herzegovina, near the Neretva River, and is considered one of the most important places of tourism in Mostar

The Mosque of Muhammed Pasha is the only mosque in Mostar that preserved its original colors, its decoration, its dome and its colorful windows .. Read more

The old bridge is characterized by its magnificent view and charming view, and is considered one of the most beautiful and important tourist places in Mostar

The bridge is now a landmark of the city of Mostar and is under the protection of UNESCO .. Read more

The Neretva River divides the city of Mostar and the old bridge is built on it, where swimmers who jump to it from the bridge abound in the summer. You can enjoy the view of the river by sitting in one of the cafes spread around it, especially near the old bridge. 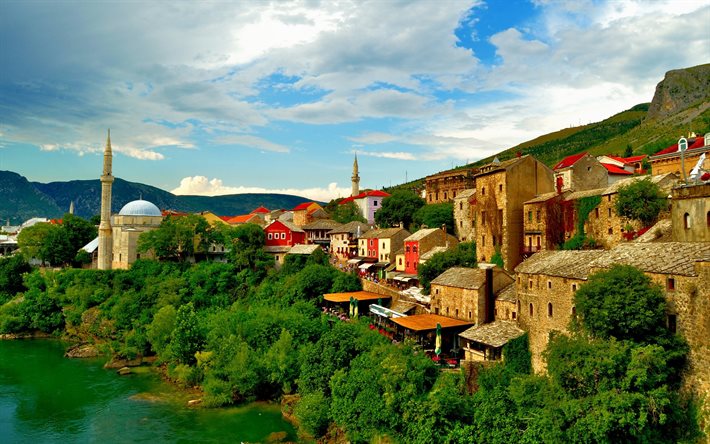 The old market is located in Mostar, on both banks of the ancient Hasr River. The market is designed in the style of Ottoman art. 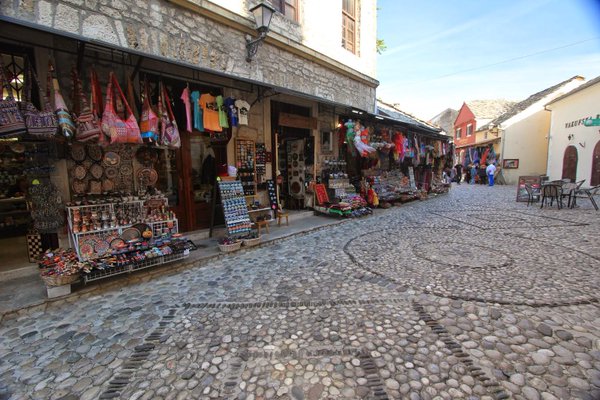 The 10 best recommended hotels in Mostar