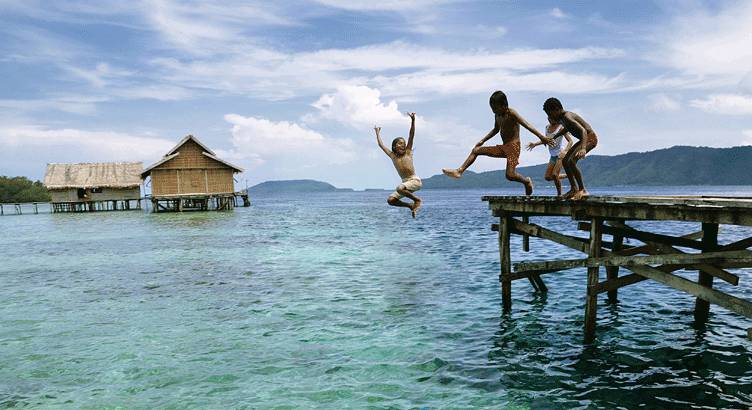 Traveling to Papua New Guinea .. Know the weather and the best times to visit in Papua New Guinea .. Tourism in Papua New Guinea .. Papua New Guinea is located on the island of New Guinea in the Pacific and therefore the weather is hot, humid tropical and wind blowing from December to March In the northwestern part, as it blows in the period from May to October in the southeastern part, the average temperature in the year is about 32 degrees Celsius in the lowlands. As for the highlands, the average temperature during the year is 22 degrees Celsius, and the rains fall throughout the year. We advise you to visit them in the winter until they are Degrees of heat Appropriate and in the month of September to attend the great tribal festival also. Read: The cost of tourism in Indonesia .. 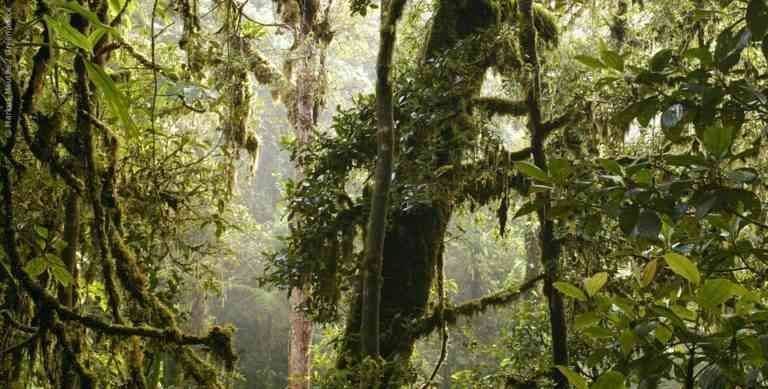 Forests in Papua New Guinea “Tourist places in Papua New Guinea. Tourism in Papua New Guinea is especially enjoyable when visiting its forests where Papua New Guinea is characterized by a large vegetation, so the rich forests of different plants spread from delicious tropical orchids. Two trees and mangroves intertwined with palm trees, such as palm trees along the coast, beech and oak trees, as well as famous pines and strong woods, which are made of local statues for sale to tourists and timber for the manufacture of ships and boats. Breathe and there are large numbers of wild animals and different reptiles such as lizards, crocodiles and snakes, in addition to a large variety of birds such as parrots and fistula, in addition to the crops that the people of the region depend on, namely potatoes, taro and bananas. From the rivers passing through it, this region is rich in different foodstuffs and you cannot miss taking pictures while you are next to the waterfalls that flow on its slopes. 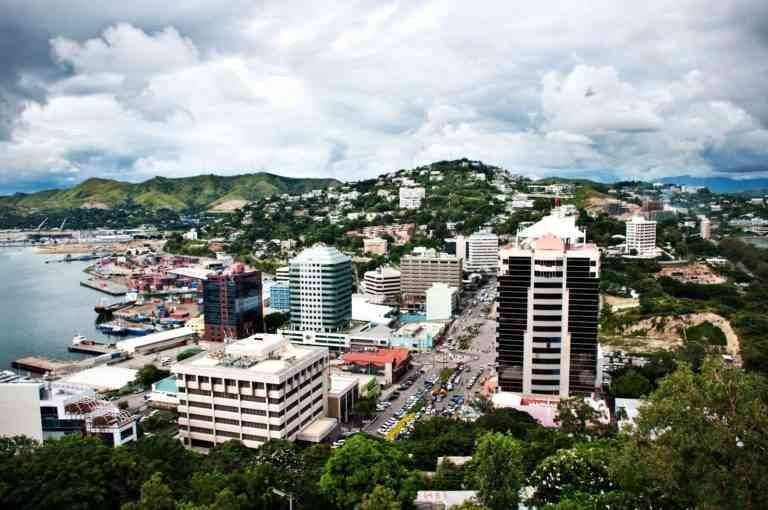 Tourist places in Papua New Guinea .. “Port Moresby” .. Dear tourist, when you visit Papua New Guinea, it is necessary to take a walk in the city of Port Moresby, which is the capital, so there are the services that tourists need from restaurants, hotels, and markets. Beautiful natural features such as the wonderful beaches overlooking the Pacific Ocean, which you can swim in, fishing and rivers that flow strongly, some go to search for coral and shellfish in their water bodies and high mountains that are the center of volcanoes. Read also: The most beautiful tourist sites in Bali

Sepik River is the most beautiful place in Papua New Guinea. 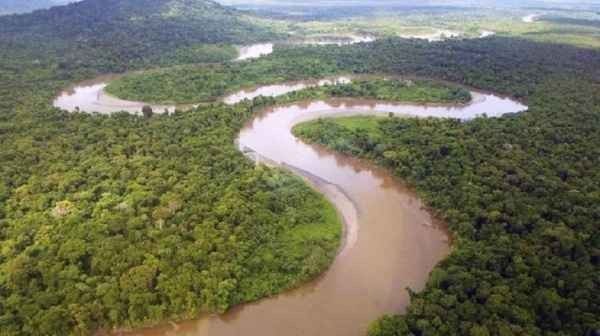 “Sepik River” .. the most beautiful places of tourism in Papua New Guinea .. It is considered one of the most beautiful natural places in Papua New Guinea, its length reaches 1126 and it occupies the third place as the largest river in the world in the amount of water and spread crocodiles, so do not miss to take memorial photos of this landscape Picturesque as you will see, dear tourist women in boats with a flame of fire and put bright colors to celebrate the tourists and you can take souvenir photos for them but after taking approval in order to not be exposed to problems and do not miss my dear tourist watching how to bring sago food in Papua New Guinea on the river Valsago is The staple food The men cut the sago palm and chop it, then the women take it to mix it with the river water and extract the starch they use to prepare pancakes on the fire. Dear tourist, you cannot miss renting a boat and going for a walk in the river. 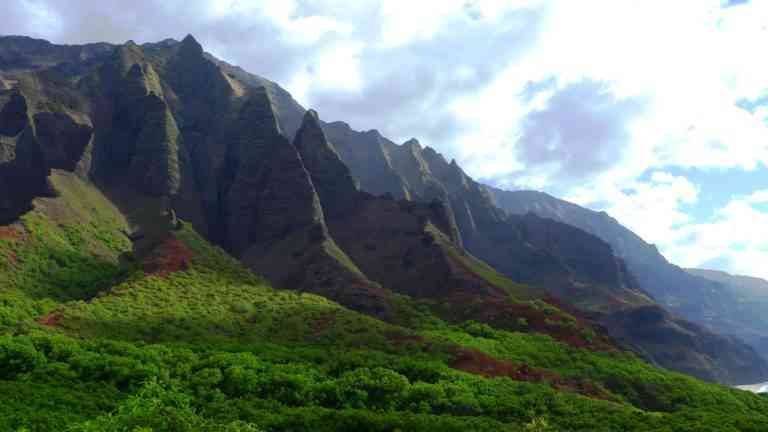 “The village of Tokawa” .. the best tourist places in Papua New Guinea .. 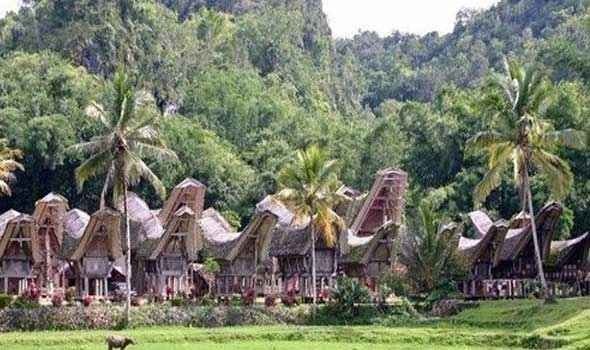 “The village of Tokawa” .. the best tourist places in Papua New Guinea .. When you go to Papua Guinea you must mix with the residents to know a lot about them so you can not miss to visit the village of Toccoa and for more enjoyment you can wear local clothes and accessories to coexist as if you are part of the place as You will see Cordillina fruticosa plant, which is grown with the umbilical cord of the newborn to become the tree of his life. 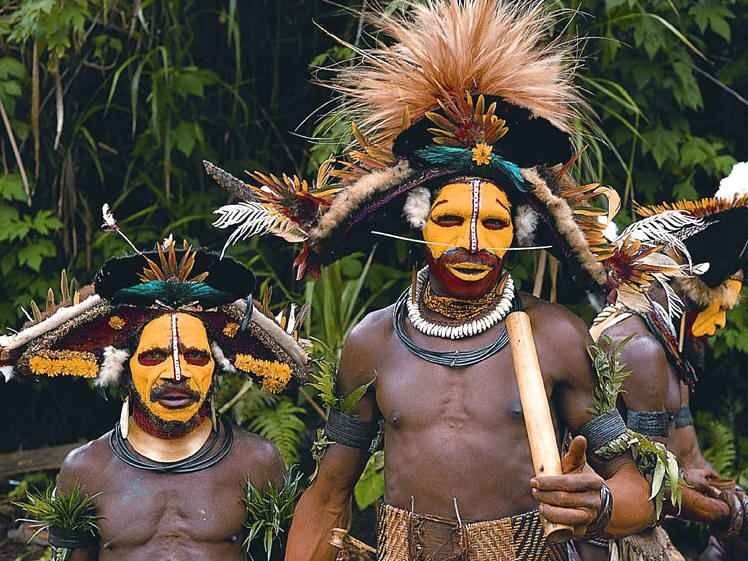 “Tarry area in Papua New Guinea” .. The best places of tourism in Papua New Guinea .. It is one of the most important tourist places in Papua New Guinea because it is the main habitat of the “Holi” tribe, which is the most famous tribe and is characterized by its people painting their faces in yellow color, as women provide Herbs believe that it helps to improve the mood of these men, and despite their unpleasant smell, the tribe believes that it has a great effect as the village organizes a wig celebration, so 3 men are chosen to take care of their hair for months and then cut and sell it in a large festival attended by the villagers and you cannot miss a purchase Calment souvenirs S hand from the local population.

“Goroka city” .. the most important places of tourism in Papua New Guinea .. It is one of the most famous tourist places in Papua New Guinea due to its establishment of the most important and most famous events in Papua New Guinea, which is the Goroka Festival where more than 100 different tribes meet in one place to present Dances and their performances every year, wearing their traditional clothes. Certainly, dear tourist, you will enjoy seeing a festival like this, so you can get to know the customs and cultures of primitive peoples living in remote places far from civilization, you will feel that time has returned a thousand years back and you will be admired by singing in many languages ​​and colored dress And Masks exotic It is worth mentioning that the first festival was in 1957 and goes tourists every year in September to Papua New Guinea to see this festival lasts the festival for 3 days while the ticket price Vdollaren only a very cheap price also. Read: Tourism in Lombok ..

Here are the most important activities in Papua New Guinea .. “Festivals Papua New Guinea Festivals” .. Traveling to Papua New Guinea has a great pleasure especially when attending its festivals, as it is the best tourist attraction in Papua New Guinea, which is characterized by the presence of many tribes in it and they adhere to their customs and traditions and have Its special rites are like a beautiful folklore that attracts a lot of tourists to its presence to enjoy watching the beautiful traditional dances and popular visit to the side of the houses. One of the most important festivals is the Heri Festival which is organized in the capital Port Moresby and is one of the most important occasions for the local people, where they perform the dance In addition to singing contests by boat in the election of a beauty queen and spread the population in the region myths represent tourists as the men dancing in front of Oravondy River, believing that it will be limited to flood water.

The cost of tourism in Brazil .. your economic guide to spend a special trip at the lowest prices in Brazil ..

Macau tourism … your guide for a special trip in Macau, the most beautiful tourist region in China.