Pisa was an important port in the past, and the Maritime Army used it to protect the region, which contributed to its prosperity, where it became an important commercial and industrial site. From here architecture flourished, and many amazing buildings were created that became important destinations that attract tourists every year.

The Leaning Tower of Pisa

Whoever has not heard of one of the most important tourist attractions in Pisa, whatever his age or nationality, he must have heard, admired and yearned to visit him. Located next to the cathedral, this monumental stone pylon was established in 1173 as Pisa was the most important marine capital of Italy, and before the completion of the construction of the third floor therein, it began terrifyingly leaning towards the southern side. Its reconstruction started after another hundred years, to complete all its floors diagonally, which made it have its famous name. Because of the increased inclination and curvature, he was prevented from climbing and wandering for a while, and reopened again in 2000 after his reform. 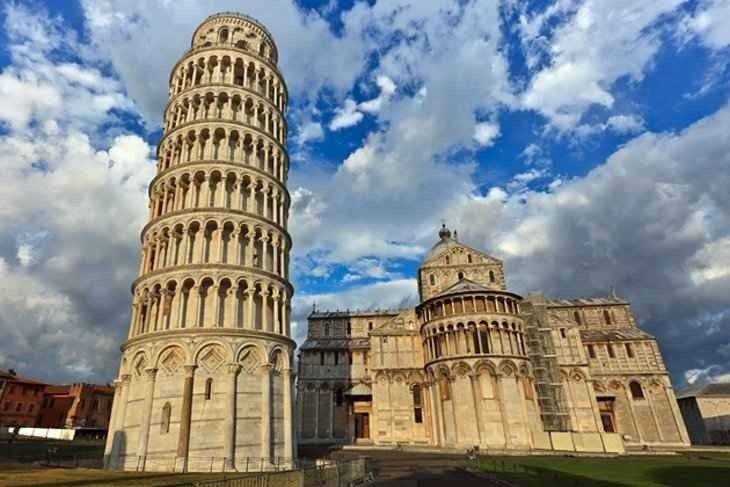 The cathedral of Santa Maria Assunta is one of the most prominent places in Pisa’s view, its distinctive architecture, which reflects the city’s architectural side. Founded in the Romanesque style of white marble, by the city’s architects Pochetto. The interior is decorated with a vertical oval dome, and the preaching platform designed by Picasso is considered one of the most important artworks in the church. The second part of the building has a picturesque mosaic painting, dating back to the third and fourteenth centuries. . Don’t forget to watch the bronze doors, which include scenes from the life of the Virgin and Christ. 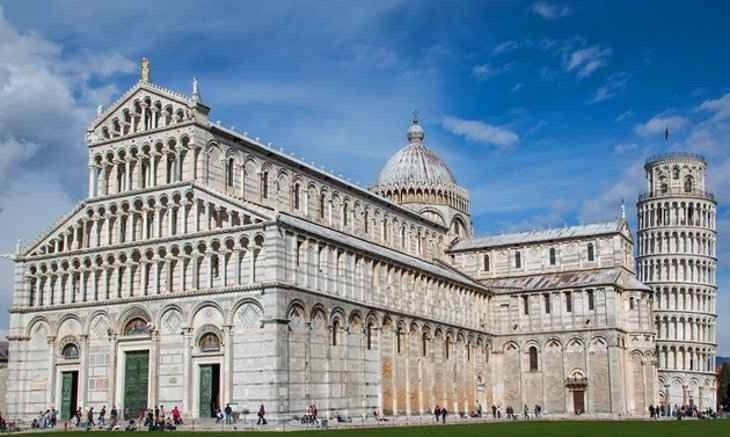 One of the most important places of tourism in Pisa is located to the west of the cathedral, and was founded one hundred years after its construction. It also includes the same church design as; the same building materials were used, along with the different stone colors, invisible galleries, and small galleries. Picasso and later his son contributed to the formation of many picturesque artworks within this stunning building. What makes it more like a masterpiece not to be missed when traveling to Pisa. Do not forget to visit the audio site for baptism, which is known for its uniqueness and is the center of attention for the guides of the place. 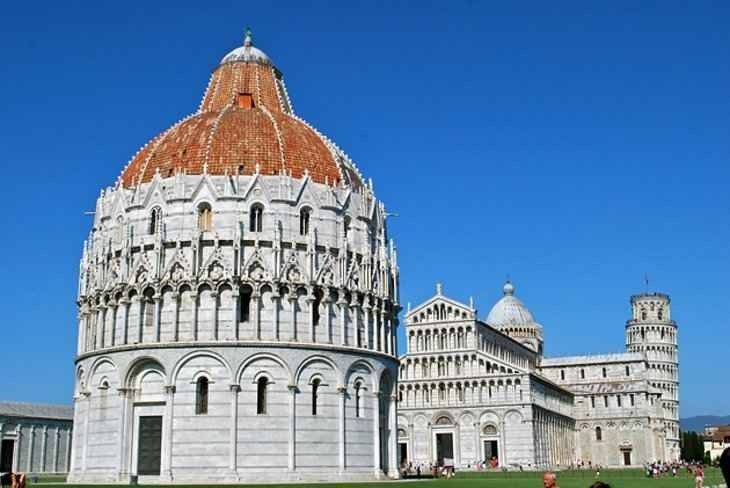 Another destination of the best tourist places in Pisa, although it has a small tourist turnout, but it enjoys a privileged location, and includes a number of archaeological treasures. You can enjoy watching the Leaning Tower of Pisa, from the museum’s second floor window. Among its treasures are invaluable works of; silver, luxurious ornate pieces, sculptures, and drawings next to the ancient tombs. The Islamic collection studded with colored marble from the most prominent museum collections, which are displayed in English. Do not miss the bronze sculptural carvings, as well as some of Picasso’s works, as well as the famous Julius Caesar sculpture. 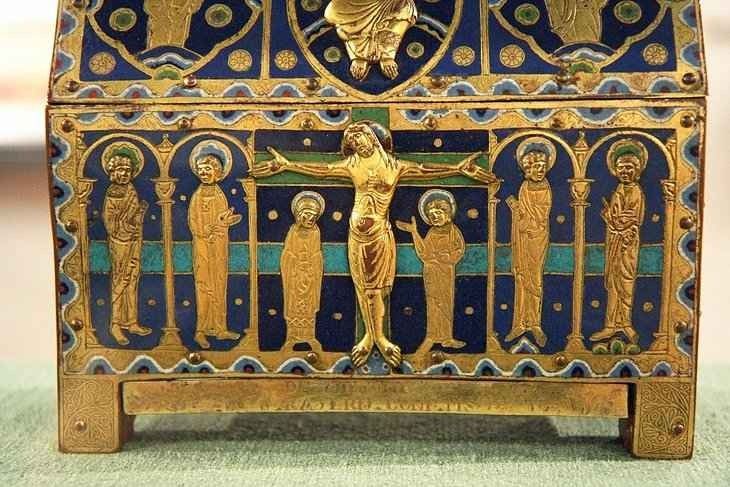 One of the tourist places in Pisa that is not very popular, but definitely worth a visit. It includes a number of sculptures and pictures, belonging to the Tuscan schools between the twelfth and fifteenth centuries. There are also sculptures of Picasso brought from baptism, and the Santa Maria Church of the Museum in order to preserve them. This is in addition to a number of drawings belonging to artists, between the second and thirteenth centuries AD. The National Museum also contains a number of important books and manuscripts.

The Church of Santa Maria della Spina is located on the northern bank of the Arno River, and is one of the best places of tourism in Pisa due to the fact that it is loved by many, and it is considered one of the most famous small churches in the city. In the southern part of the church there are several arches that include a set of doors and windows. The building is also decorated with a number of tents that contain many statues, some of which have been replaced in order to preserve them. It also includes statues of the famous artist Picasso. 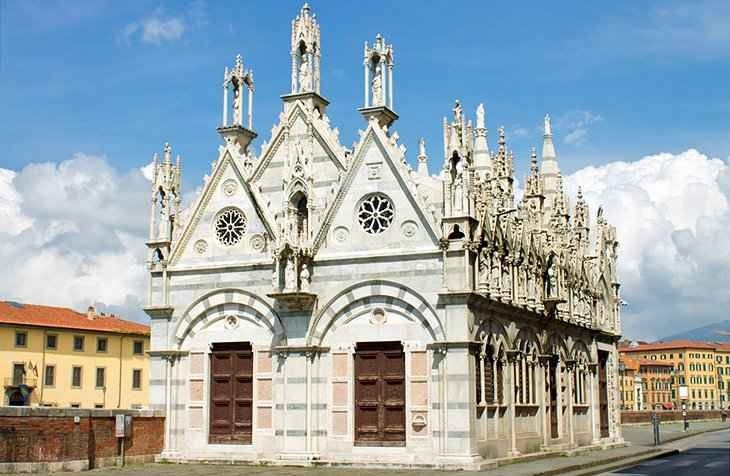 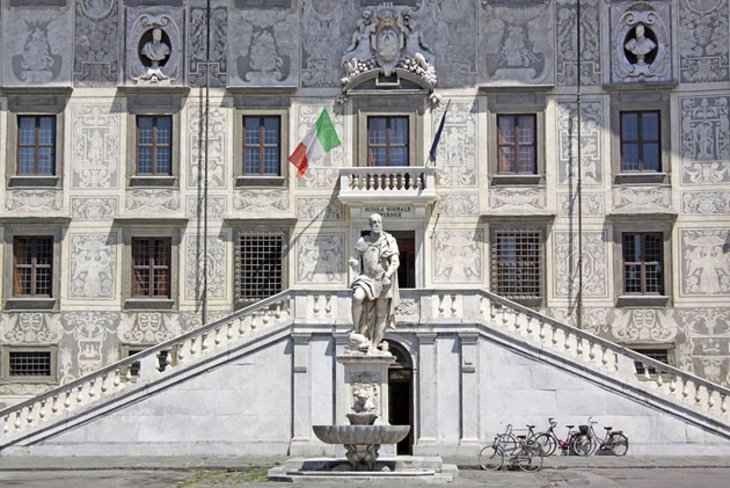 Another destination of Pisa is located far from the city center, towards the waterfront. It was established in the tenth century AD in the ancient port of Yezza, in the area where it is believed that St. Peter descended in forty-four B.C. Prospectors discovered traces of the Paleo Christian Church and ancient Roman buildings at the back of the church. 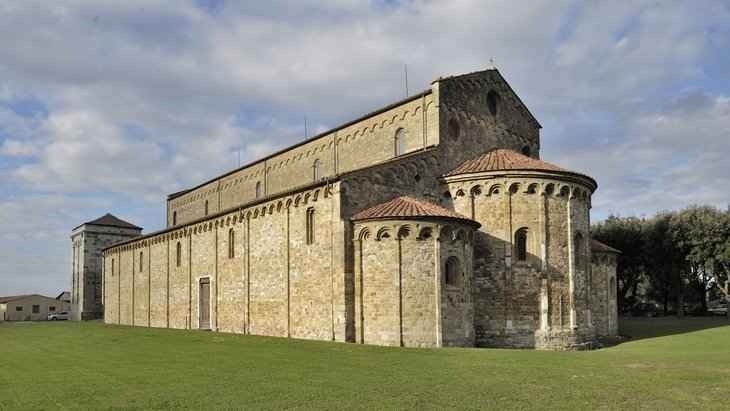 The Blue Palace is one of the places to be missed when traveling to Pisa especially if you are a fan of the arts. The palace contains rich collections of paintings and artwork belonging to Italian artists, between the 16th and 20th centuries, as well as collections of furniture and antique coins. In addition, there are many exhibitions of anything from science to cinema.

The Church of St. Stefano is one of the most beautiful places of tourism in Pisa because of its magnificent architecture, which was designed like any other buildings surrounding the Knights’ Palace, by Vasari. They were then joined to the church, and connected to it through several gates. The roof is decorated with a number of drawings that reflect the life of St. Stephen, who protected the city from its invaders. The walls are decorated with a number of spoils, and the flags that influenced during the war with the Turks. 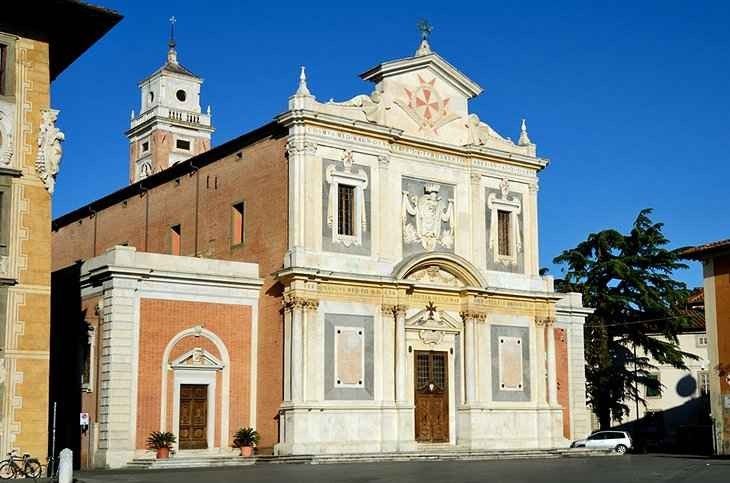 What is the capital of Chad

What is the capital of Jordan