Tourism in Pune India .. 10 most attractive places for visitors to “East Oxford”

The Indian city of Pune combines modernity and Iraq due to its charming nature and its containment of buildings. Ancient buildings dating back to the era of the Bishwas, luxury of the most prominent places not to be missed when making the decision to tourism in Pune India.

Indian Pune includes about 45 tourist and archeological attractions that attract tourists and lovers of nature, sports and history around the world and below we will talk about the top 10 tourist places in Pune India, and the nature and history of the city. .

Bona was initially a place of pride by Shivaji and the ruling Bichwas party, which made it their capital, given its cold and dry climate, and soon became the capital of the monsoons for the presidency of Bombay. Bona joined the rule of the Mongols but returned again as the official capital of a heritage from 1714 until it fell to the British in 1817. In 1961 the Pansheet Dam collapsed, much of the old town was destroyed, and globalization knocked on the doors of Bona in the 1990s, after which it entered into a comprehensive reform of the image.

The most important tourist places in Pune India

Sultan Muhammed Shah Aga Khan III built in 1892 the Aga Khan Palace, which is one of the most important monuments in Indian history, especially in the period of Indian independence. It is also famous for its architectural excellence, and the area of ​​the palace is about 19 acres, and it is now the main headquarters of the Gandhi National Memorial Society. Rich collection of images. There are also other things such as the personal belongings of Gandhi. The palace also contains the ashes of Mahatma Gandhi.

Chaniwar Wada is one of the historical places in Pune as the home of Bajirao and Kashi, where Bishwa built it a seat of wisdom on an area of ​​625 acres; it has several forts and fountains for water and when you visit the palace, you receive a magnificent statue of “Bajirao” and the palace is famous for its wonderful architecture and is one of the best tourist places in Pune which Worth a visit and get to know his story. 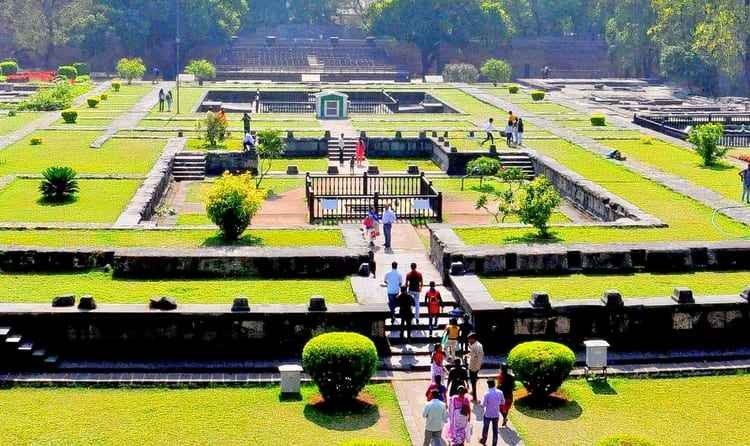 The Vital Hills are one of the best places to visit in Pune because of its calm nature. It is located on the city borders and at the highest point there is a Vital Temple at 2,600 feet, and near it there is a monitoring office set up by the Indian Forest Department that can view the city. There are no tickets or A specific time to visit the hill, as it declared a nature reserve and includes various types of plants and animals, and you can reach it through 3 routes Kothrud, Pashan, Chaturshringi. 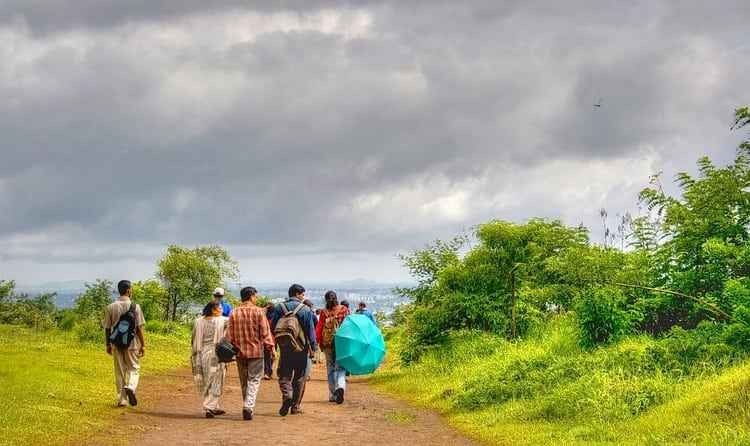 Lake Bashan is located 12 km from the center of Pune, which is an artificial lake built during the British era to meet the water needs of the indigenous people in the region and neighborhood. The lake attracts thousands of tourists to spend a fun time staring at a wonderful spot and there are many migratory birds visiting the lake during winter season. 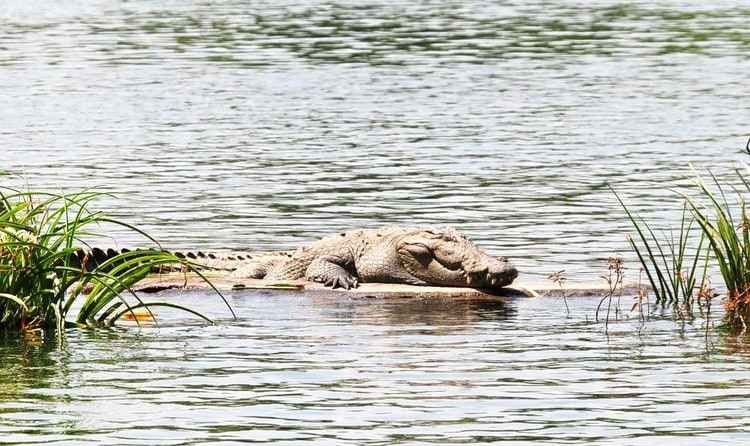 The Parvati hills are about 2,100 feet above sea level, and the Parvati Temple at the top is one of the main reasons behind its fame among tourists and locals; as it is the oldest heritage structure in the city and was built during the Peshwa dynasty, it is made of black stone founded by General Baji Rao 1749 M. The hills provide the best view of the city, after Vital Hill, Parvati Hill is the second highest point that can be reached by climbing 103 steps. The main temple on top is Devdeveshwara made of black stone. The hill is located in the southeastern part of the city full of green fields, tall trees and small residences.

A monument dedicated to the eighteenth-century military leader Mahaji Shinde, the supreme commander of the Maratha army under the rule of Bishawas from 1760 to 1780. The beauty of the building is exacerbated by the presence of beautiful and alluring sculptures. Sculptures and idols of Shiva temple saints are made of yellow stone and the floor of the temple was built using black stone, and the hall inside the temple is beautifully decorated with paintings and pictures of members of the Shinde family.

Lal Mahal has another name in the name of the Red Place, and Rumman is considered one of the most important tourist places in Pune due to its historical value as it was established in 1630 AD by Shivaji Maharaj, the father of Shahaji Bhusali for his wife and son. Shivaji Maharaj lived. The Shivaji wedding was held with Maharani Sai Bhai in it. The original building underwent numerous demolitions, while the current building is a rebuilt building, located in the heart of the city.

The name Peacock Bay is due to the discovery of a group of peacocks in the place, which is owned by the National Defense Academy, and the bay contains all the facilities necessary to train students. This includes a wide range of marine vessel training equipment, sailing boats of all types, speed boats, waterslides, whaling, windsurfing boats, windsurfers and circuit breakers. The Gulf is famous for hosting many events such as the annual national indoor championship and the open swimming competition in the lake It attracts many water sports enthusiasts annually, as it includes species of deer, monkeys, lion, and birds.

The Battaleshwar Cave Temple dates back to the 8th century during the Rashtrakota period, and is a funky temple in the rock cave. Also known as the Panchalchevara Temple or Pampardi Temple, it is one of the most prominent places of tourism in Bona India.The temple is dedicated to the followers of “Shiva” and is made of basalt rocks, and the internal walls of the temple have some inscriptions and drawings depicting stories from Indian mythology, especially revolving around Shiva. The cave complex has been converted into a garden, and you can see some architectural elements that were parts of other ancient temples nearby. 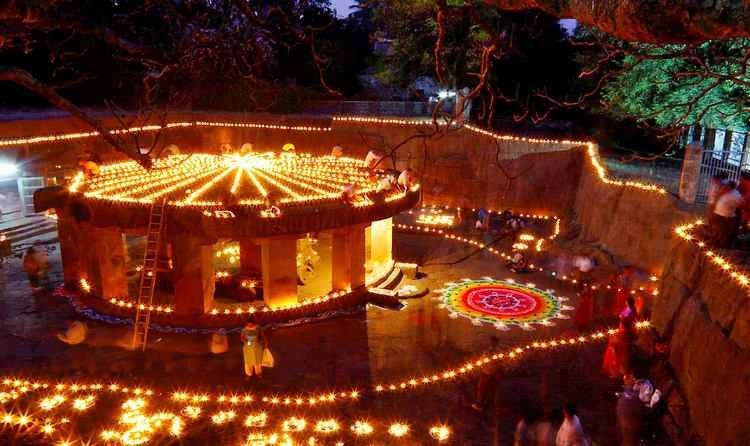 Osho Ashram is one of Bona’s most popular tourist spots and one of the most visited, and is located in Koregaon Park. Spread over an area of ​​32 acres, Al-Ashraf attracts yoga and meditation enthusiasts to rejuvenate, leaving the body and the soul. Ashram offers a lot of training programs of various types based on visitor choice. There you will gain knowledge of healing arts, creative arts, martial arts, esoteric science and Sufism. 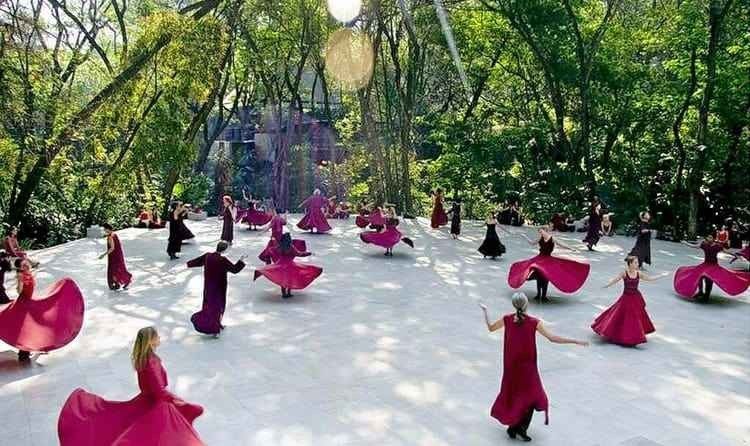 The Indian city of Pune is the second largest city in the Indian state of Maharashtra after Mumbai, and is the ninth most populous city with a combined population of 5.05 million people according to the 2011 census, located at an altitude of 560 meters above sea level on the Deccan Plateau on the right bank of the river Death, which is the administrative headquarters of the region, and the city in the eighteenth century was the seat of the Bashwas. Pune is considered the capital of Maharashtra cultural, and it was called “East Oxford” due to the presence of many well-known educational institutions in the city and research centers besides about 30 universities, where it emerged as a major educational center In decades The latter, which attracts about 50% of international students coming to India. Since the 1950s and 1960s Pune possessed a traditional old economic base, and the city is famous for its manufacturing and automotive industries, as well as IT research institutes, education, administration, and training, and many colleges in Pune She has programs to exchange students with colleges in Europe. Poona ranked 145th in the Quality of Living Index of 440 cities around the world, and considered her the annual survey of 2020 issued by the India Systems Center (ASICS), issued by the Janagraa Center for Citizenship and Democracy; it is governed by a better city between 23 major cities in 20 states.

Tourism in the French city of Annecy .. 11 tourist attractions, the most famous of which is the Bridge of Lovers