Tourism in Russia for the Saudis

Guide to the most beautiful places of tourism in Russia for the Saudis, many travel enthusiasts are looking to go to tourism in Russia recently, and in fact Russia was and still is one of the largest and most powerful countries of the Soviet Union, it has a lot and a lot to offer to its visitors a fan of this round witch, there are many Among the historical monuments that witnessed many events that are distinguished by human history, in addition to being considered one of the most ideal interfaces for fans of Russian literature and performing arts as well as classical music, in addition to the presence of many of the most wonderful examples of dazzling arts in all parts. In addition to the prevailing belief that Russia includes many beautiful cities, which are often described as one of the most beautiful cities in the world, and here are more details for Arab travelers.

Before traveling to Russia:

Tourism in Russia for Saudis:

Tourism flourishes in Russia because it is one of the wonderful tourist destinations because of its wonderful beaches, besides it is suitable on all days of the year even in cold days, and one of the most distinguishing cities in Russia is its beautiful beauty and its possession of many tourist attractions, and Russia is the first home for literature lovers Russian and classical music. Everywhere on its soil, many examples of Russian art can be seen, not only in Russian museums, but also in their cathedrals and mosques.

The most beautiful cities and places of tourism in Russia are recommended to visit: 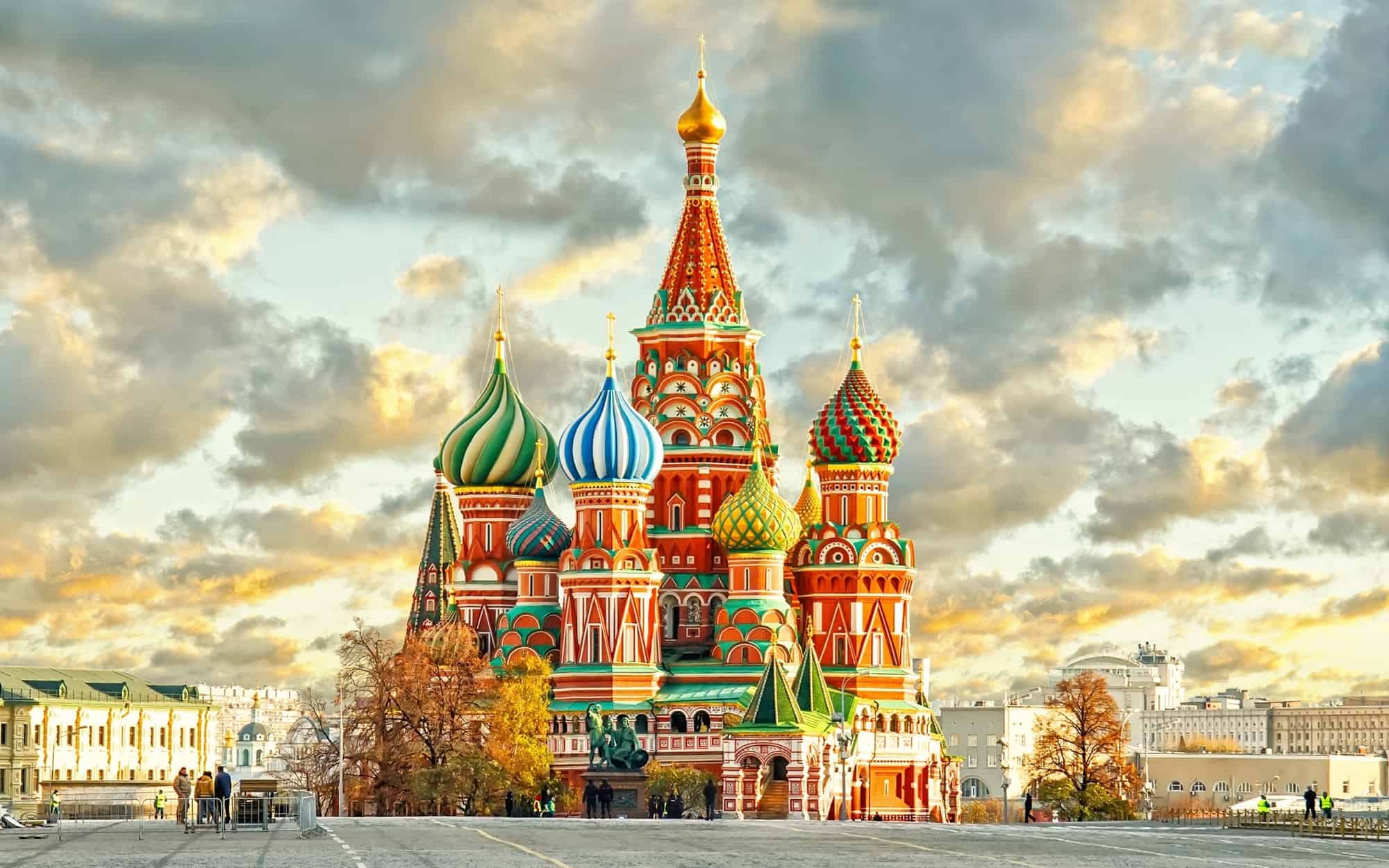 Moscow is the administrative capital of Russia and dates back to 1147, and embraces many tourist attractions such as palaces, museums and parks, and is the ideal interface for art lovers especially ballet, symphonies and other types of arts, and Moscow is packed with many historical churches and many historical and tourist attractions, Among its most famous features are the following: 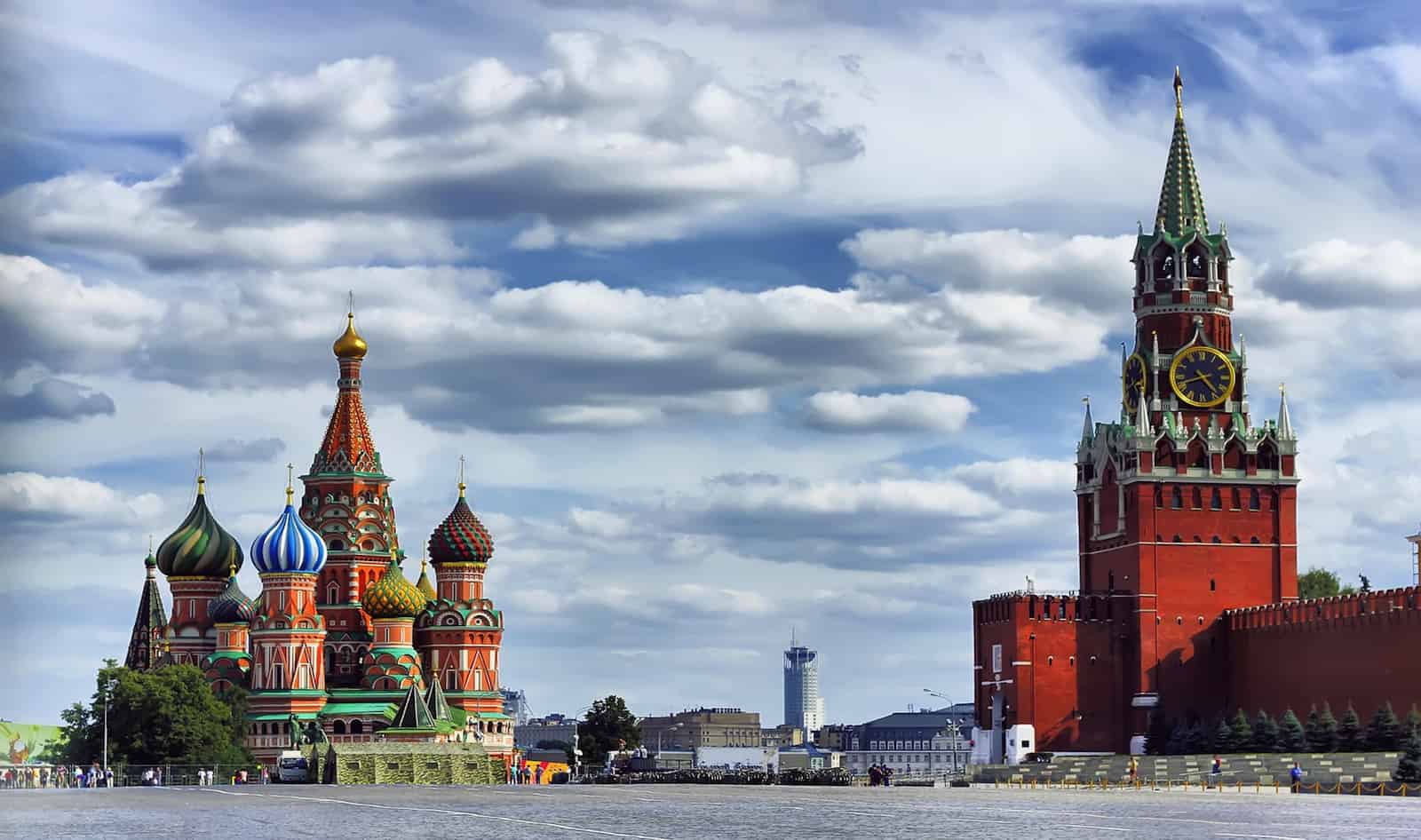 red square
It is considered one of the most popular Russian squares, and this square takes a square shape. This square is located between the famous Kremlin and the Kitay Gorod Market, the most famous historical commercial market in Moscow. 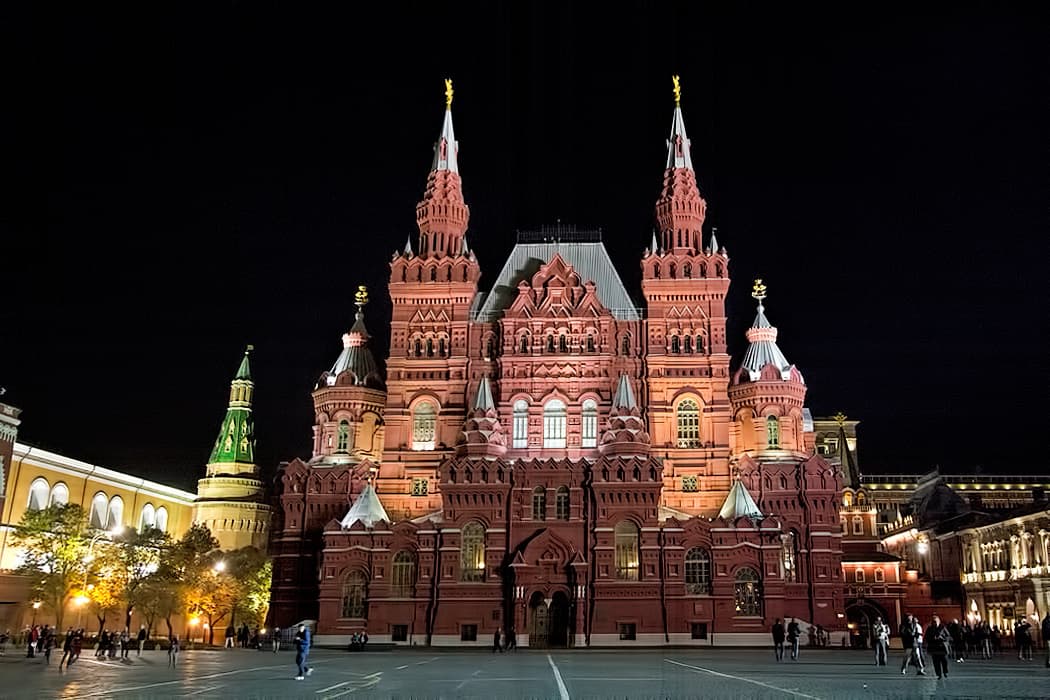 Historical State Museum of Russia
This museum was opened in 1894 to celebrate the coronation of Alexander III, and the museum includes many anthropological and archaeological collections. 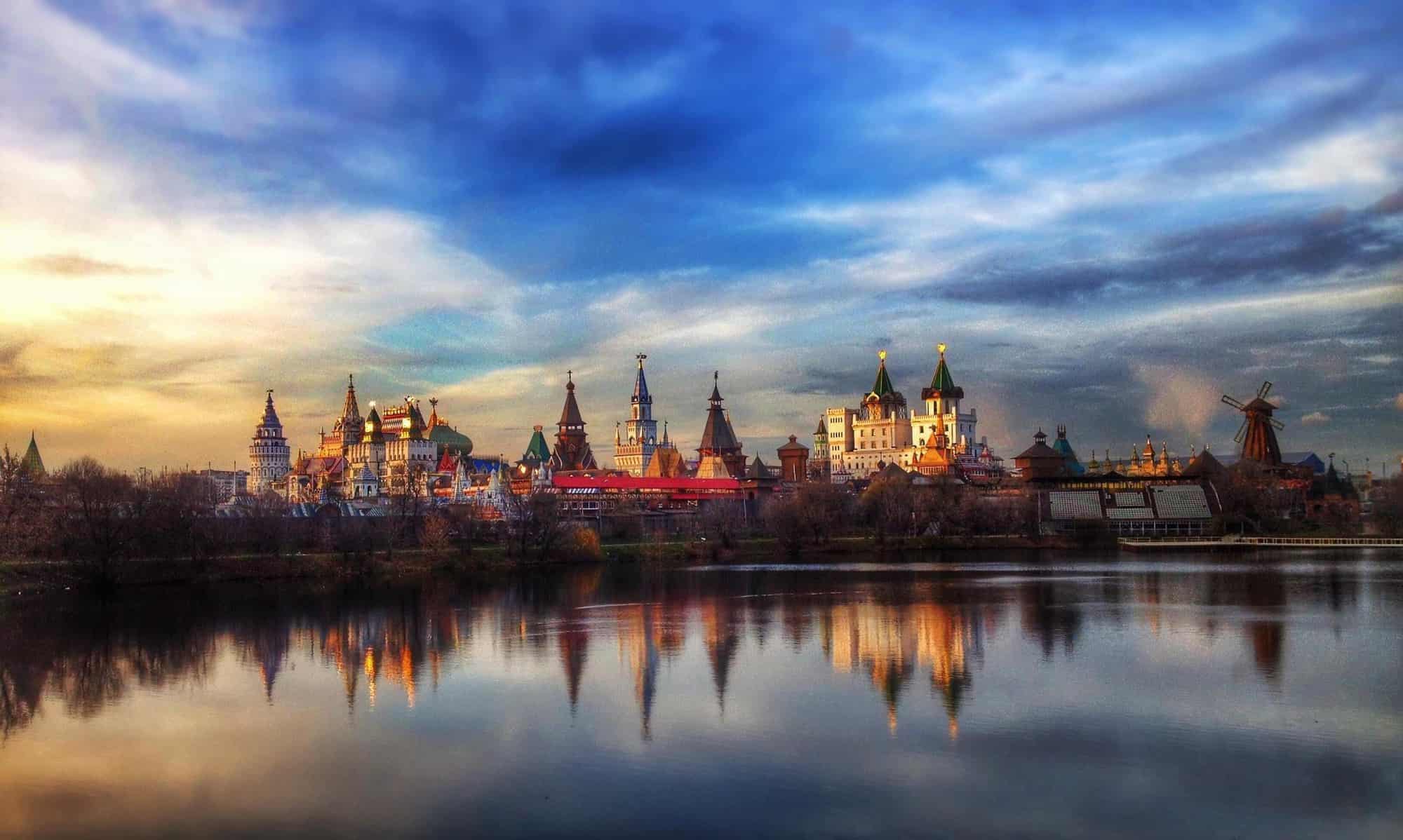 The word Kremlin in the Russian language means the impregnable palace or castle, this palace is a complex of historical palaces, which was in the past the official residence of the ruler, but it is in the current era has been transferred to a number of museums. 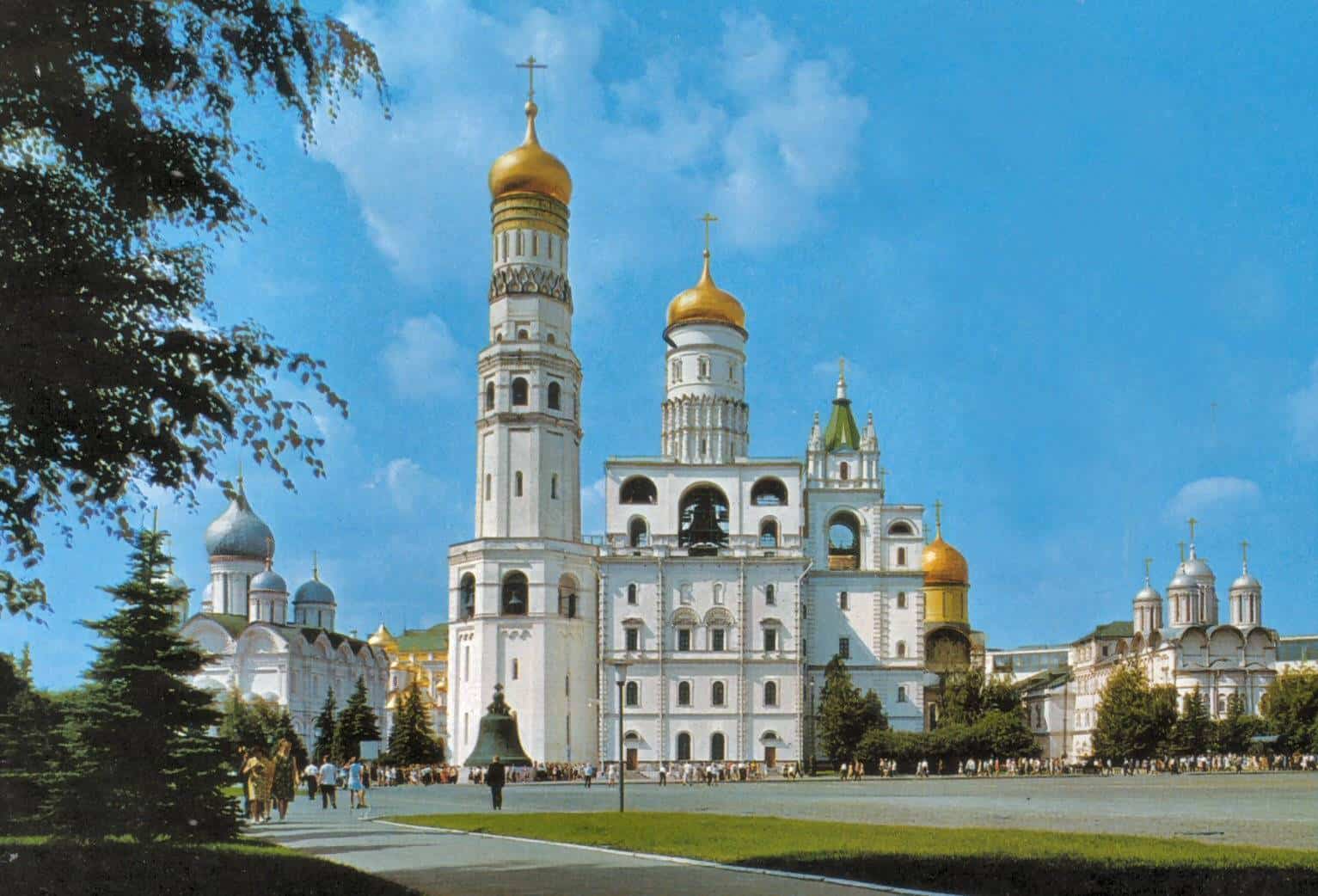 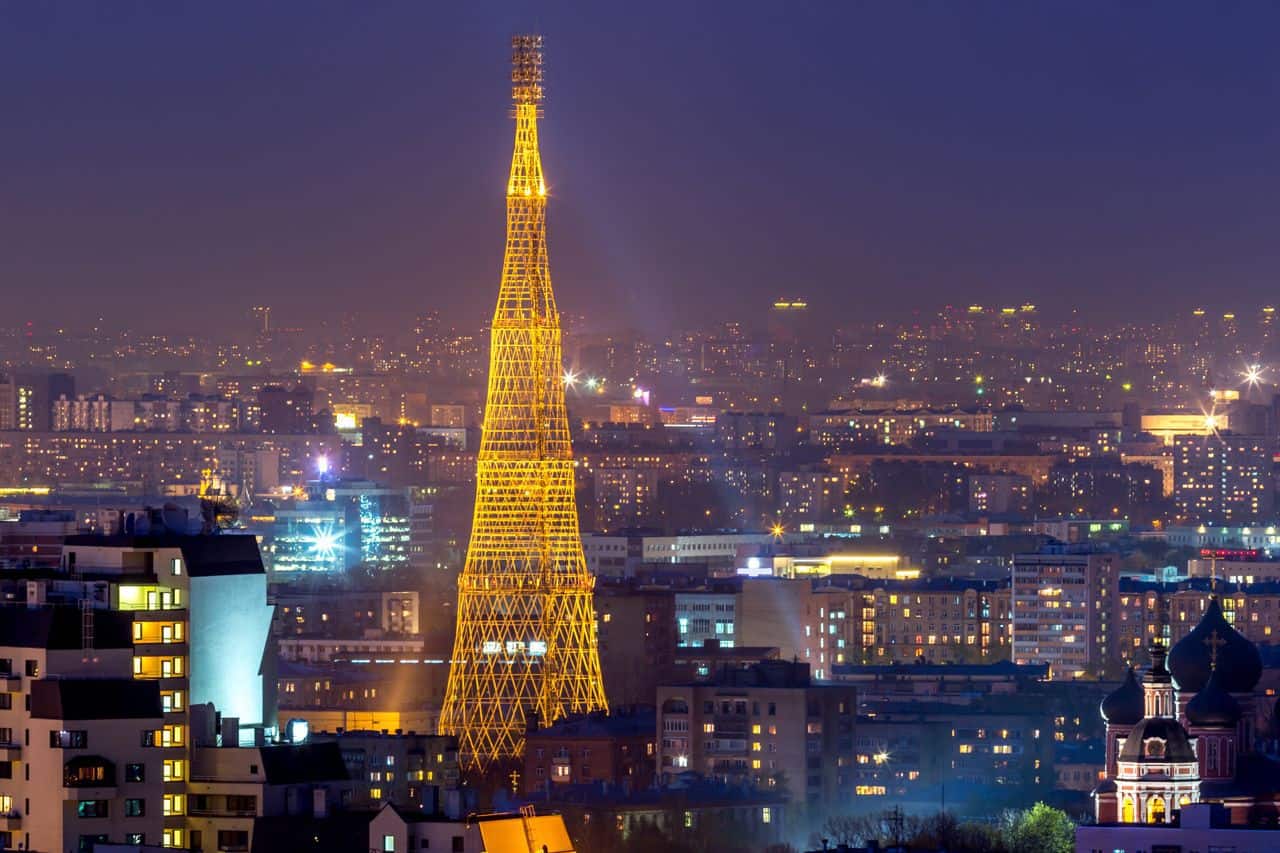 It is also known as the Chapulovka Tower, which is the television broadcasting tower of the city, and designed by Vladimir Shukhov, and the height of the tower is 160 meters. This tower is located in the northern side of the Oka River in the western suburbs of Nizhny Novgorod.

It was built in 1561 AD, and was built in the heart of the Red Square, and one of its most distinctive features is the splendor of its architectural design as well as its unique delightful shapes and colors, in addition to its arches and towers. 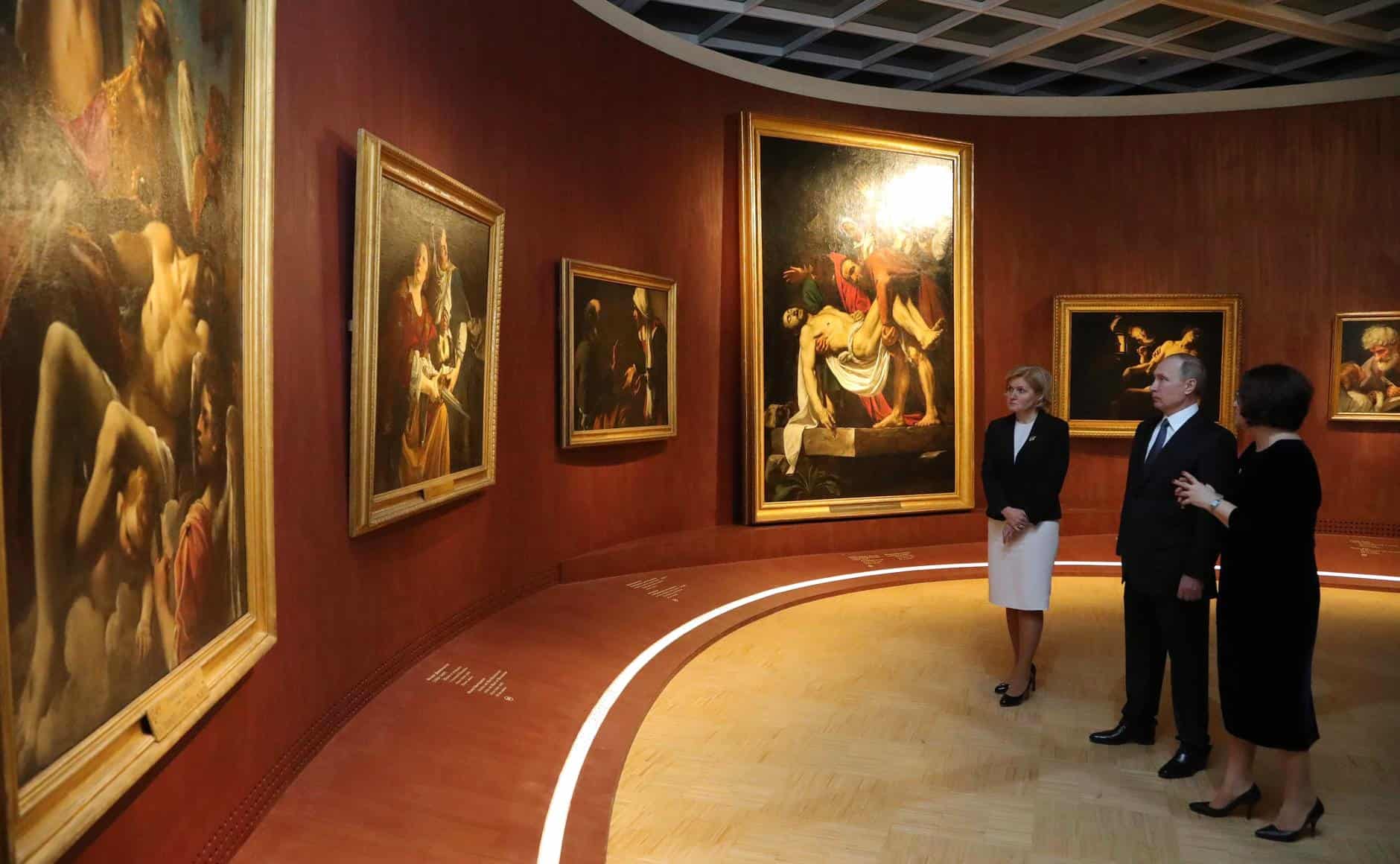 It was built between 1902 and 104, and is considered one of the most famous museums in Moscow and home to Russian art. The museum contains a number of Russian paintings and artifacts dating back to different time periods, and the number of exhibits is more than 130 thousand pieces. 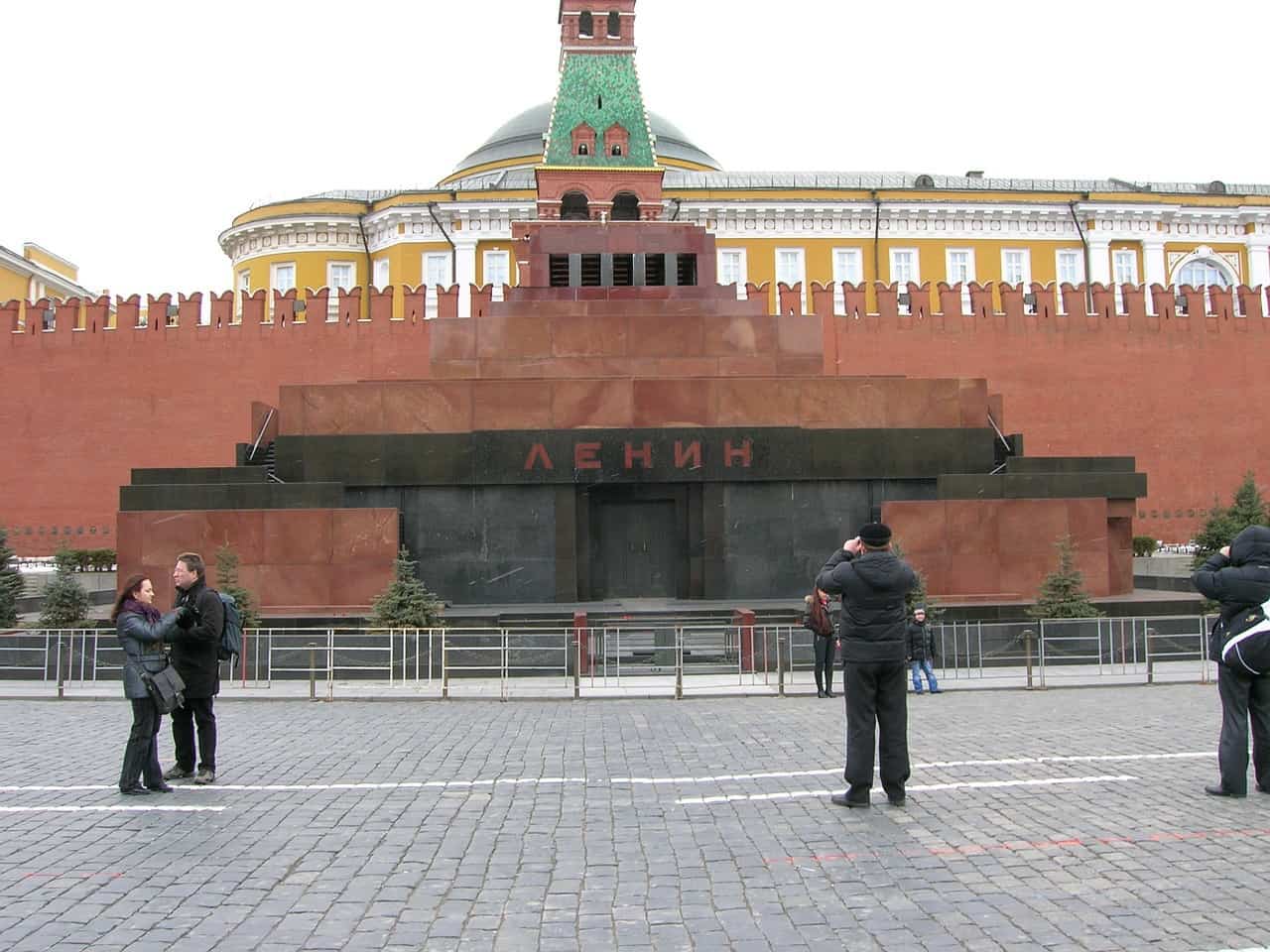 It is a mausoleum of former Russian leader Vladimir Lenin, which was built with luxurious reddish marble, and was built in 1930, and includes the mausoleum of Lenin’s corpse, which was embalmed immediately after his death. 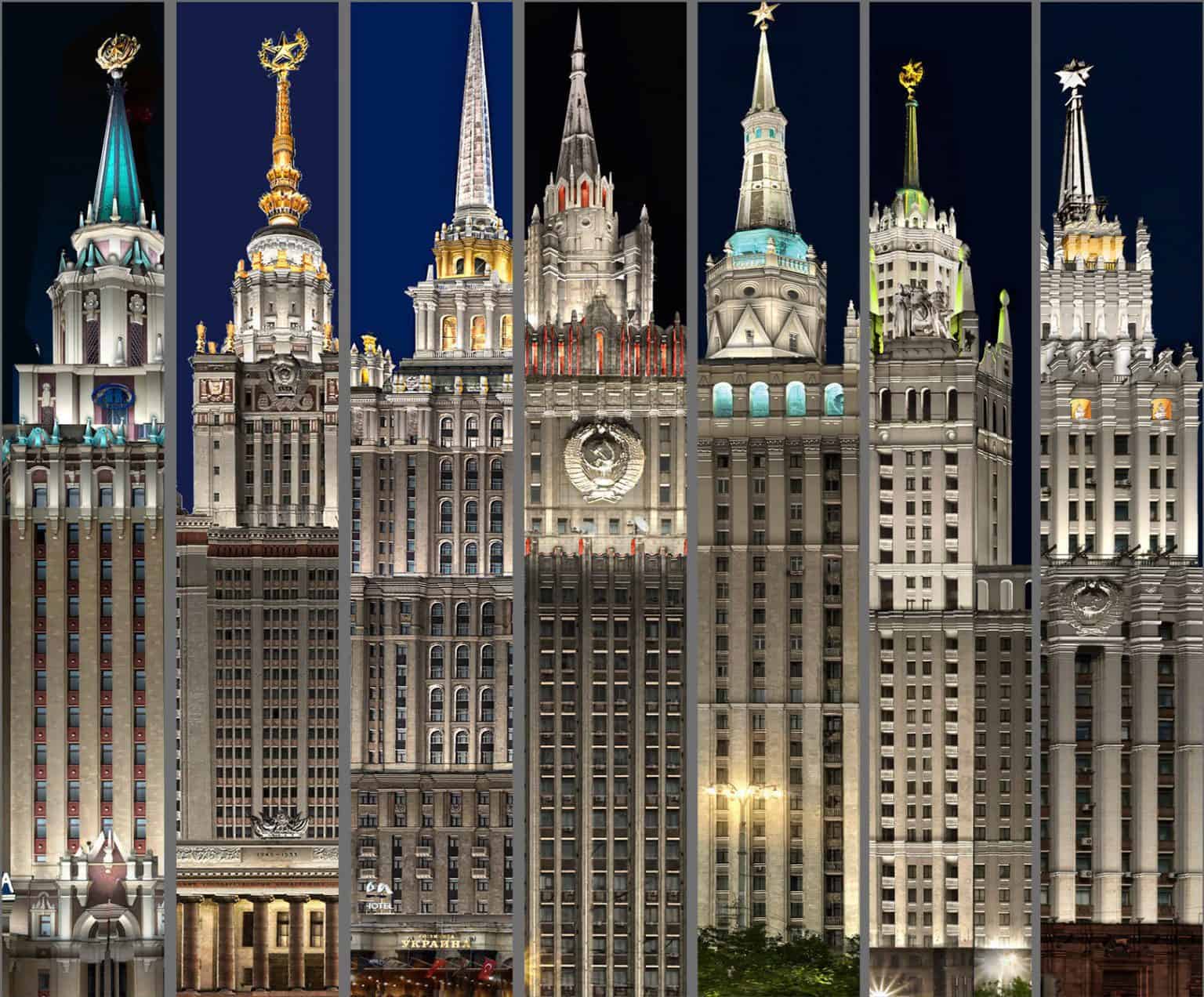 It is seven huge skyscrapers with a long history, known as the buildings of Stalin because it was he who ordered them to be built to celebrate the centenary of the existence of Moscow. As for the first skyscraper, it has a height of 156 meters, which is known as the pilots house and has a number of 24 floors, and a skyscraper The second cloud has a height of 236 m and a number of floors of 36 floors. This skyscraper includes the main building of the University of Moscow. The third skyscraper is for the Ukraine Hotel and is the second largest skyscraper. The fourth is 176 m, and the fifth is 172 m. This is specific to the Russian Ministry of Foreign Affairs. Yup LG 136 m This is for the Leningradskaya Hotel, the last and seventh skyscraper, height 138 m. 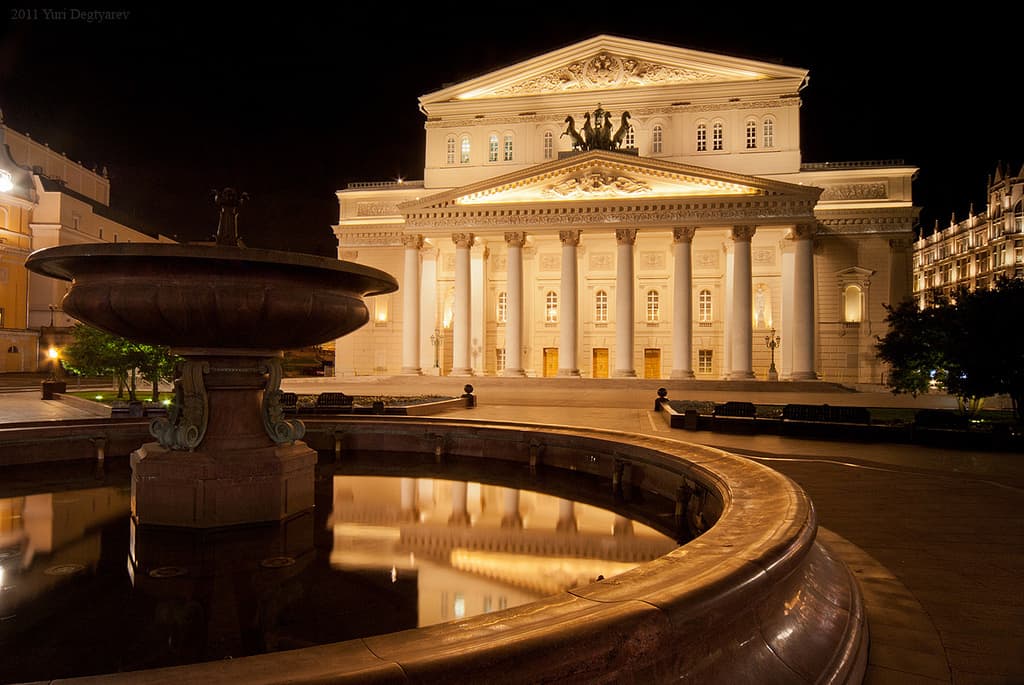 Bolshoi Theater
It is the second largest European theater and one of the most ancient theaters in the world. It is a symbol of art and culture and was established in 1824 and was designed to emulate the style of classic Russian architecture. Presenting many ballet and opera shows, and a number of theatrical and dance performances. 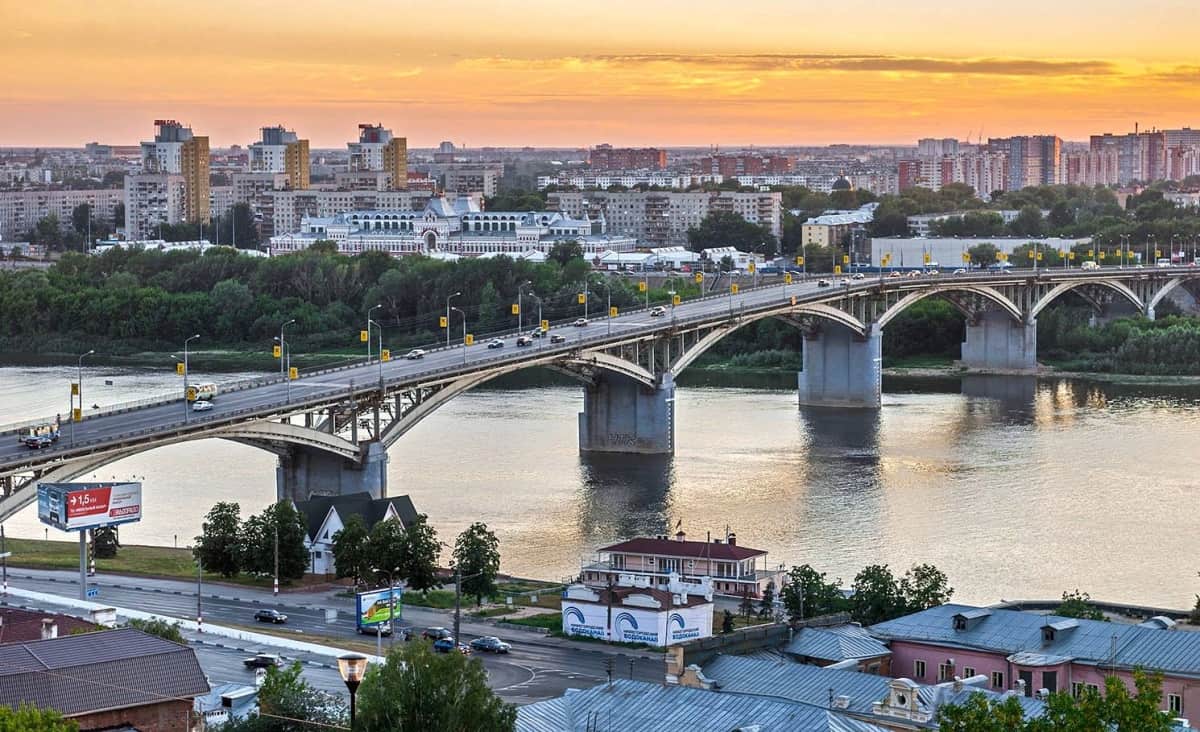 The city of Nizhny Novgorod
It is the fifth largest Russian city, and this city is the meeting point of the Oka and Volga rivers. In the old days, this city was at first a fortress dating back to the 13th century, and it is considered an ideal destination for all lovers of digging in Russian architecture and art because it includes more than 600 statues and two hundred museums of art , As well as many concert halls. 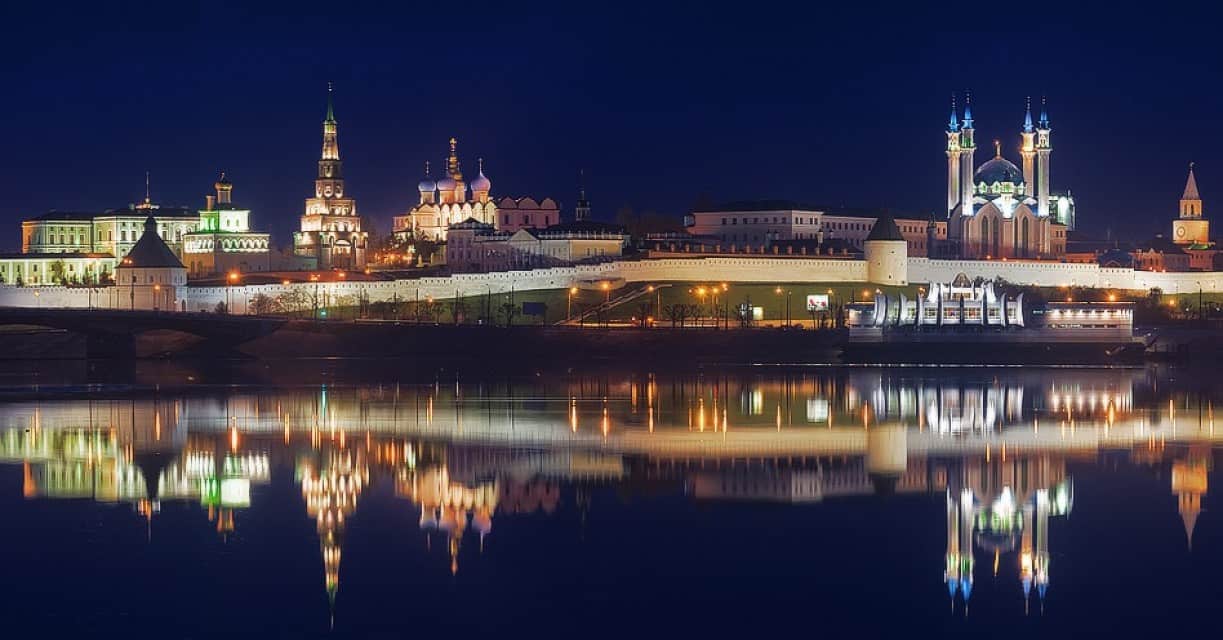 Kazan city
This Russian city is a meeting point for the Asian and Russian cultures, so they call it the Istanbul Volga River, and Kazan is the capital of the Republic of Tatarstan, and it is considered one of the largest and most beautiful Russian cities, and this city is famous for being home to many historical and tourist attractions, such as the Qul Sharif Mosque and the remains of the Kazan Fort. 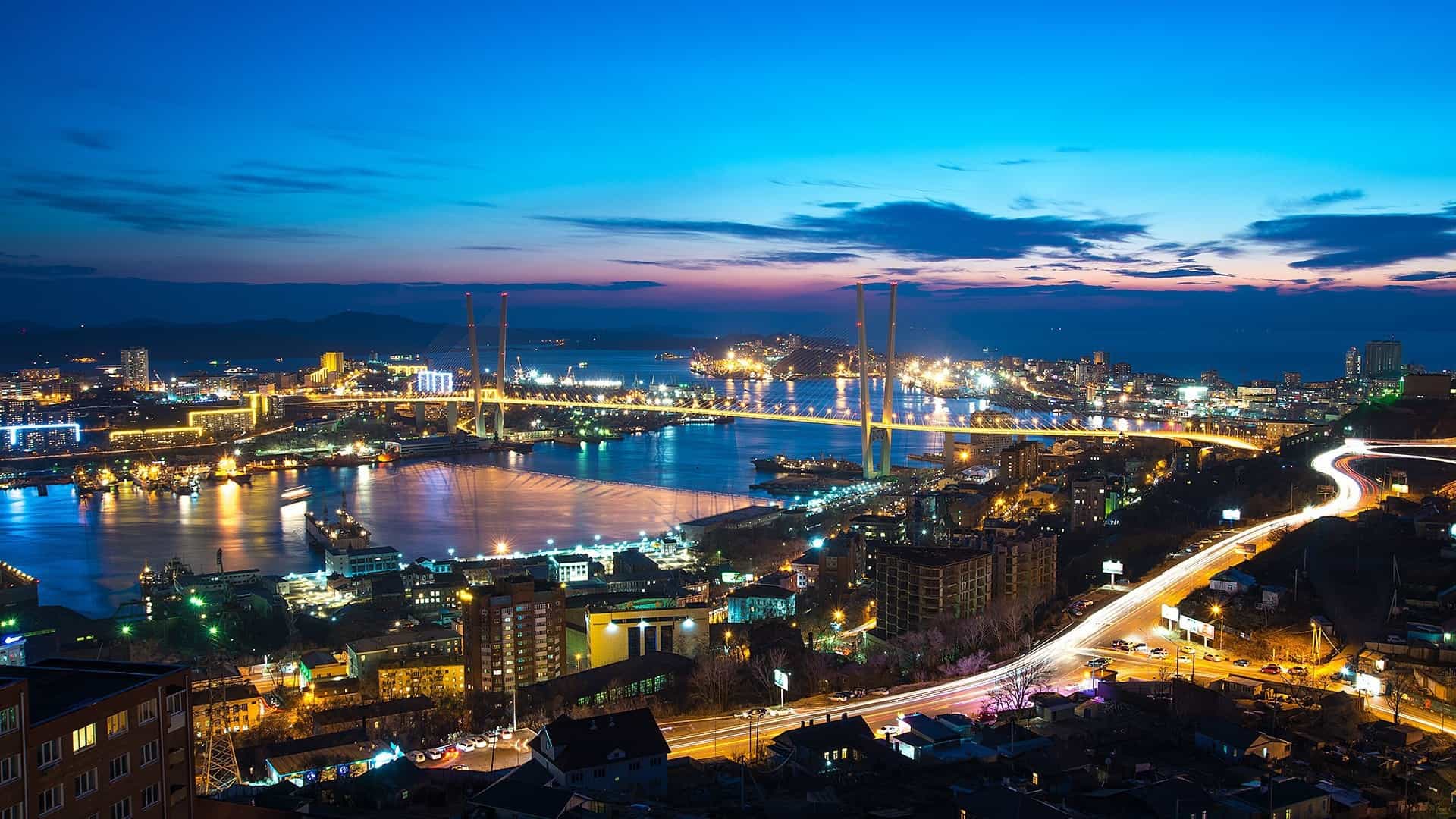 Vladivostok
This wonderful city surrounded by many bays and mountains and located in eastern Russia, and is the last railway station that passes through Siberia, and Vladivostok is famous for being the largest port overlooking the Pacific Ocean, this city is famous for being home to exhibitions, theaters and many art museums, as well as the presence of many Natural and tourist parks. 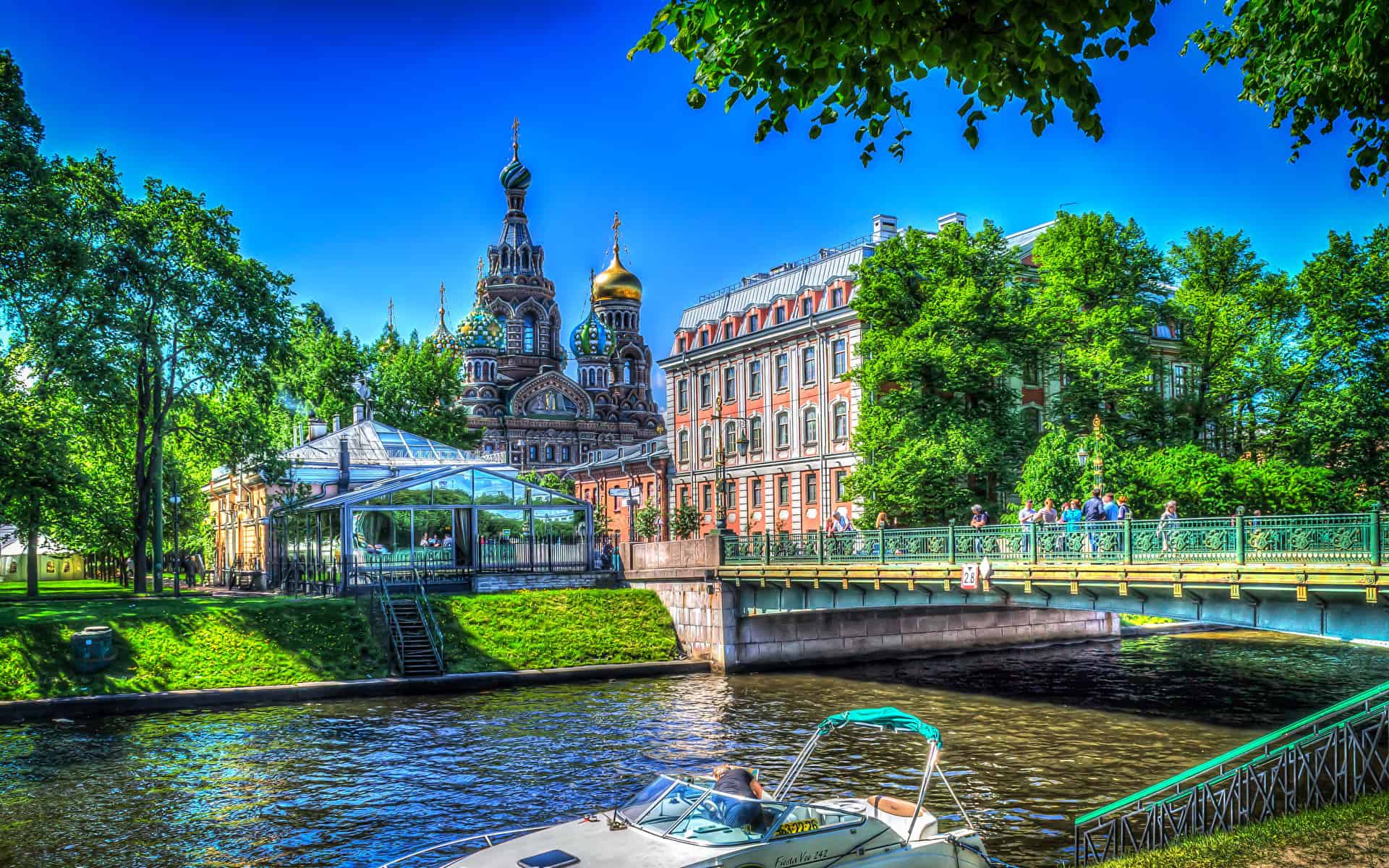 St. Petersburg
It was known as Lingrad and is considered the second most important and largest city in Russia. Its history dates back to 1703 when it was founded by Tsar Peter the Great, and St. Petersburg is famous for being one of the most popular and popular tourist destinations in terms of beach tourism in Russia. 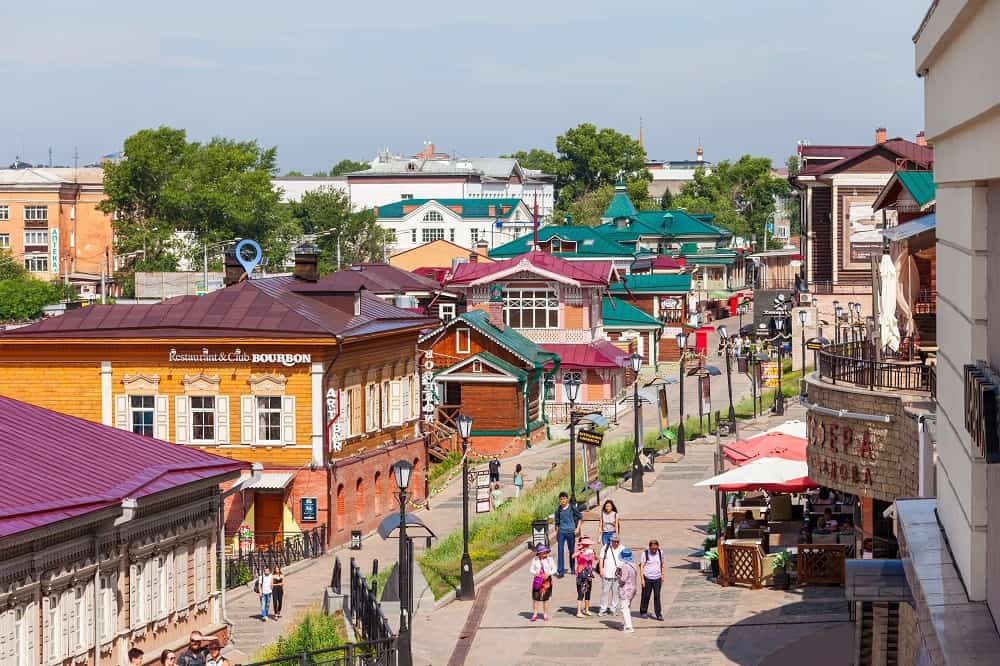 Irkutsk in Russia
It is located in eastern Siberia at the confluence of the Angar and Irkut rivers, and the city includes many churches such as the Church of the Ascension of Christ, in addition to the presence of a number of historical and geological museums.
Previous

Inside the Taj Mahal