She is the bride of Omani tourism; the city of Salalah located on the southern coast of the Sultanate of Oman, because she has a number of historical monuments in addition to her charming nature, because of the presence of some of the most prominent landmarks, most notably the Al-Mughassil Beach and the Darbat Valley, and we would like to provide you with information about “tourism in Salalah” and the cost of travel to it to help you on your journey To it and we hope you like it.

The city of Salalah is the commercial and administrative center of the Dhofar Governorate in the Sultanate of Oman, and is the second capital and the commercial and commercial capital of Oman as it is the third largest city in terms of population of 172.57 thousand people according to the 2010 census, and the city of Salalah is famous for its frankincense and incense in addition to the spread of tropical hookah trees that have fruit It is similar to the coconut fruit in addition to the abundance of favai and bananas in it, and it is made of 3 Bedouin mountain and marine environments, and its inhabitants speak 3 languages: Mahri, Jabali and Arabic. Salalah is a suitable destination for going out and enjoying the holidays, especially as it is low-cost and has a variety of resorts And hotels that suit many individuals and their budgets, which qualify them to become a kiss for travelers and tourists in all countries of the world, especially as they are characterized by the spread of green color in their quarters until they were locally called the “fall of Salalah”.

The cost of tourism in Salalah

Saudi Airlines and Emirates Airlines, in addition to Qatar Airways, provide organized trips to “Salalah”. The price of return and return tickets reaches about 2150 Saudi riyals. Economic airlines such as flydubai and flynas offer flights to Salalah and are expected to intensify them during the coming period. And, if you are from the Gulf countries or reside in one of these countries, you can travel by road by car because it is worth the effort. With calculating the total cost of travel to Salalah by asking those who have experienced the experience up to 4 thousand riyals in a week that includes the car and housing, we advise you to stay away from the tourist resorts due to the high prices, while the idea of ​​renting a private apartment is better, especially since its price does not exceed 300 riyals or renting a room for two at prices ranging from Between 150 and 200 riyals. 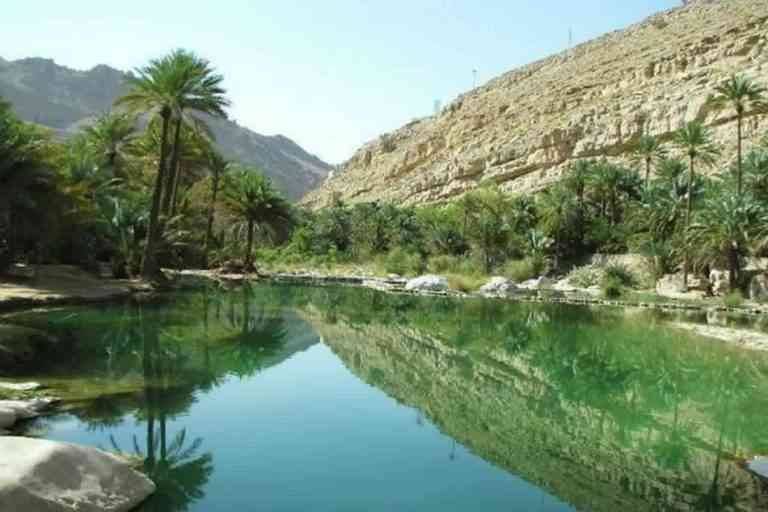 The best tourism times in Salalah

The summer season is the best to visit Salalah, especially as it witnesses the blowing of the manson winds “monsoons” loaded with rain from the Indian and Pacific ocean, which leads to mild weather, rain and coloration of nature in green so that this period is dubbed the fall of Salalah. The Salalah season begins on June 21 of each year and extends Until September 21 of the same year, and September is the best month for those with limited budgets to catch up with the green season and benefit from low prices, and the city holds the “Salalah Tourism Festival” period, which starts July 15 and ends August 31 of each year. The festival includes 7 theaters that are The main theater The circular theater, the children’s theater, the lake theater, and the Al-Burooj theater, which is the largest in the Middle East and opened in 2006 AD in addition to the Heritage Village Theater, also includes an air and electric play area and a village for family shopping, exhibitions, restaurants and a traditional village, and you will find in the festival performances of Omani art, heritage arts and local folk dances, to Besides sports shows and concerts. 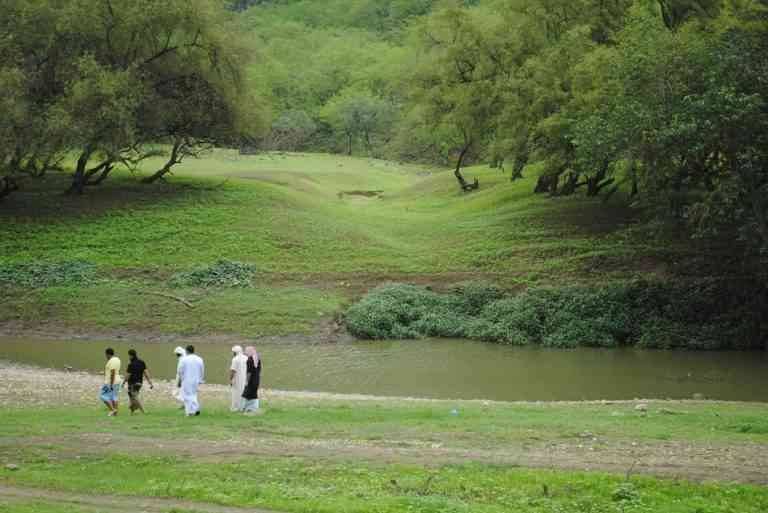 You find in Salalah Ain Razzat, which are fountains around which trees and greenery and natural scenery surrounds, especially during the fall of Salalah, it is one of the most beautiful places of tourism in Salalah, where it is located three hours from the city. Read also: Recreational places in Muscat. To spend the best times

Salalah includes the area of ​​Murnif Cave near the beach of Al-Mughassil and is characterized by the calm that is broken by the sound of waves and its impact on the rocks and amazing terrain along with the presence of the cave but it is not allowed to enter it except that you can enjoy there the wonderful rocky platform and its stunning view, and you can enjoy the amazing and strange sounds caused by strong winds when it passes From the holes in the cave. 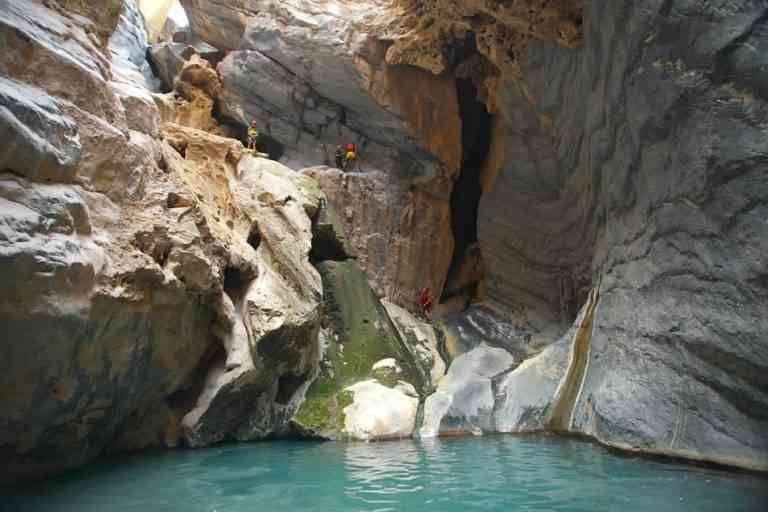 You can visit one of the largest caves in the world, “Cave Tayyq”, when you visit Salalah, it is 10 minutes from the city, where it is characterized by strange and rare terrain and you can enjoy a wonderful view from the car park located there. 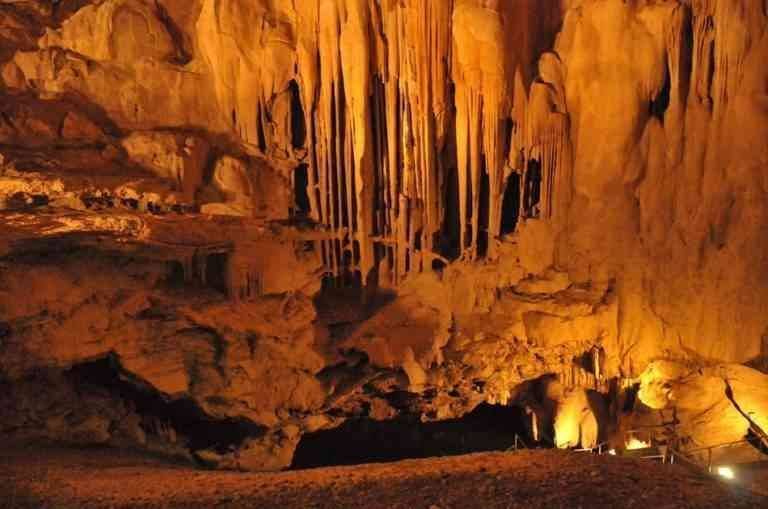 The mandate of Mirbat Salalah

In East Salalah, you find Mirbat Governorate an hour away from the city, so don’t miss to visit it to enjoy its picturesque quiet scenery, along with its charming sandy beaches and take pictures at the sea and the port designated for fishing in Mirbat, where in the past it was a commercial center, and you should also visit “Mirbat Castle”.

There is also east of Salalah in the state of energy “Wadi Darbat” which is the most beautiful natural park in Amman, where it consists of some dry valleys in the winter and filled with water in the fall and summer months to color the nature with greenery, which infuse comfort in the human body and soul. You can also enjoy the wonderful waterfalls scene. 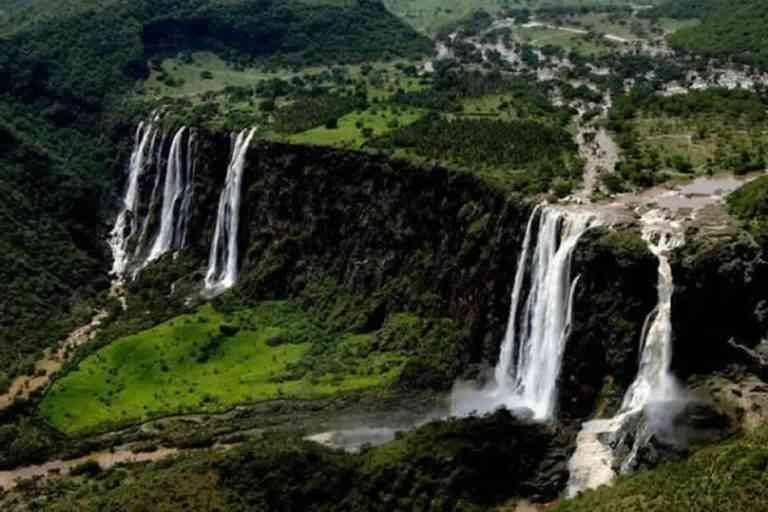 Darbat Valley – Tourism in SalalahRead also: Popular markets in the Sultanate of Oman..the most attractive factors for tourists dating back 200 years …

Fazia Al Jameel Beach is one of the best tourist attractions in Salalah, where the soft sand stretches for several kilometers surrounded by beautiful mountains, making it a special destination for families, especially with the spread of resorts and hotels suitable for different budgets there.

Salalah has a number of tourist places, the most prominent of which is the Sultan Qaboos Mosque, which was opened in 2009 AD; it was built by His Majesty Sultan Qaboos bin Saeed Al-Muadham on an area of ​​7360 square meters for the ground floor, while the land area of ​​the mosque is 40419 square meters, with a prayer hall with an area of ​​2500 square meters Until it accommodates about 3.2 thousand worshipers, and on its floor a large dome with 9 chandeliers rises up to 36 meters, and the mosque includes four classrooms and a women’s chapel, a library, electronic and paper, a lecture hall, an external dome, parking lots and external places dedicated to ablution worshipers and feature mosaic along with green spaces. 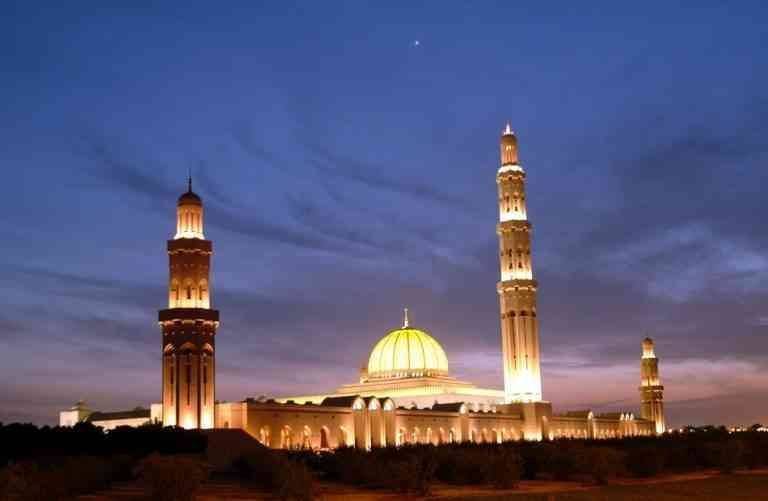 The ancient city of Sumhuram

Among the most important tourist attractions in Salalah also you find the ancient city of Sumhuram, which is 43 km away surrounded by waterfalls and hills, which is famous for “Khor Rori” in relation to its beautiful beach of the same name, and Sumhuram contains an ancient port built in 1000 BC and it was said that the Queen Sheba Belqis uploaded her gift to the Prophet Solomon, peace be upon him through him, and finds in the city some ancient manuscripts and stones engraved with antique engravings and some metal pieces, as they are fortified since ancient times and difficult to attack. 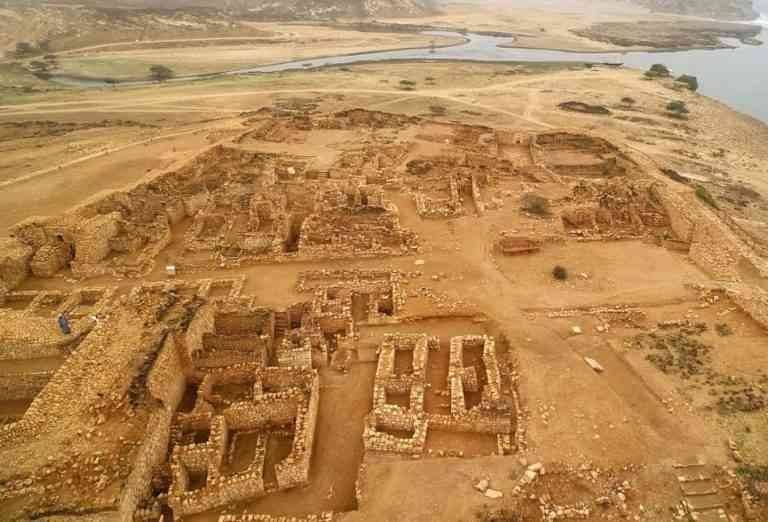 The tomb of Job, peace be upon him, in Salalah

It was said that the Prophet of God Ayoub was buried in Salalah, there is at the foot of the mountain of Aten; very high, there is a tomb and the shrine of our master Ayoub, peace be upon him, where he was worshiping there, and you can reach him with your car to see the footprints of the Prophet of God when he hit the ground until he came out of the water to wash him and supervise him to be The reason for his recovery from his illness, God willing, and the shrine enjoys a beautiful view, as there are fog and rain in the summer on the mountain, which gives you a feeling of psychological comfort and tranquility, especially as it has green spaces next to the beautiful winding roads located at the top of the hill.

Frankincense trees abound in a road called “frankincense path” and other trees and an oasis of singing. The path overlooks the seaside, making it a popular tourist destination in Salalah, especially as it gives you the opportunity to see migratory birds and breakfast in the early morning.

In an area characterized by tranquility and extreme calm, you will find the most important places of tourism in Salalah, the “Sultan’s Palace” with its charming charm. It is surrounded by huge green gardens, where you can take pictures during your wandering. The palace is surrounded by pure crystal water, yachts stand on it, and the morning period is best suited to visit the palace. 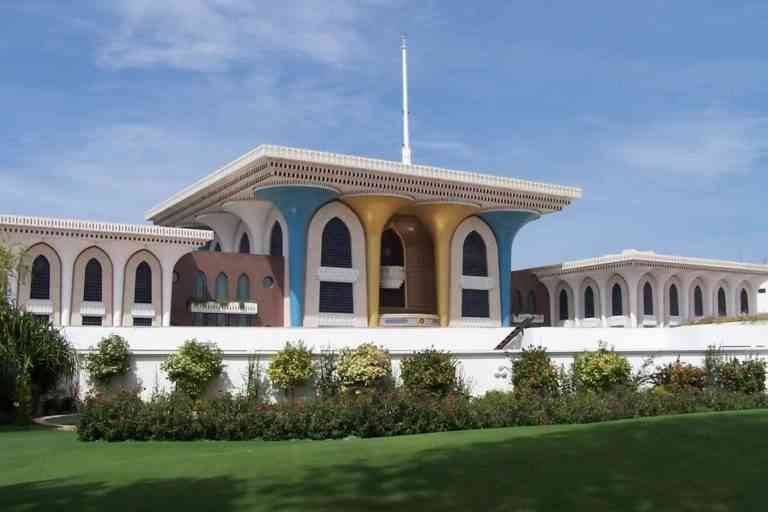 Fit4fun Kuwait .. The most beautiful new recreational places for children

Popular markets in the Sultanate of Oman..the most attractive factors for tourists, dating back 200 years …