Tourism in Scotland … when the enchanting nature meets history and civilization

It is one of the countries of northwest Europe, and it is considered an essential part of the four countries that make up Great Britain, and it specifically occupies the northern third of the island of Great Britain, and it is located to the south of England, and from the east and west we find the North Sea and the Atlantic Ocean, and is characterized by its beautiful capital, Edinburgh, which is Its most important city, as it is distinguished by the largest and oldest city of Glasgow.

There is no doubt that Scotland is one of the most beautiful spots in the European continent, as it is characterized by a very large amount of stunning scenery and enchanting nature, as well as famous for its vast areas of green lands, hills, highlands, rocky coasts, blue lakes and rivers that the locals and tourists used to use only for fishing; which It has made it one of the most beautiful countries in the world and has become a popular tourist destination for tourists around the world. 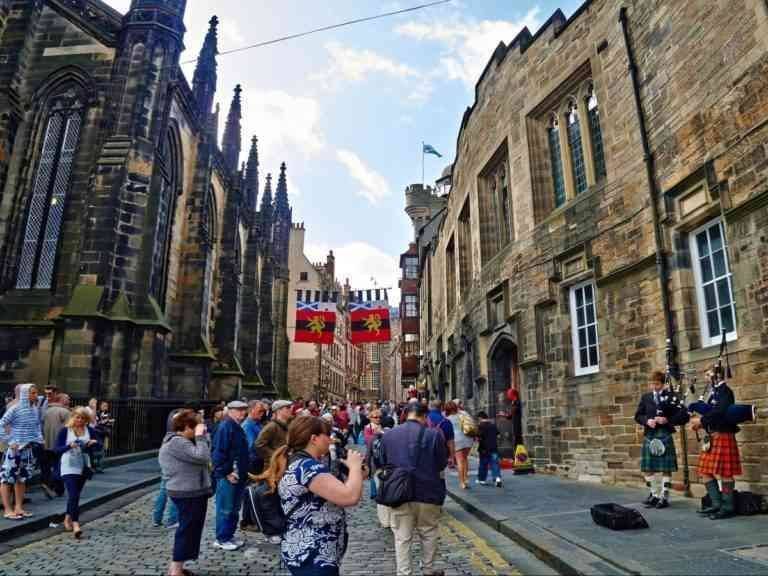 Scotland is distinguished by its very ancient historical monuments, it is one of the most important historical countries in the European continent, and perhaps its history and civilization is what made it distinguished from other countries in Europe that are famous for landscapes only, and therefore Scotland is called the land of myths and romance. And the famous American movie “Brave Heart” was produced to express the history, civilization, Iraq and beauty of Scotland. Scotland is famous for its famous historical battles that left behind it a long legacy of monuments and legends that made it a great historical country, and in addition to that it is also famous for dozens Th places Mila and tourism in the Scottish countryside and wonderful attractions that will are as follows which are described in: Read also: Tourism in Dublin, Ireland’s capital .. the most beautiful landmarks

The city of Edinburgh 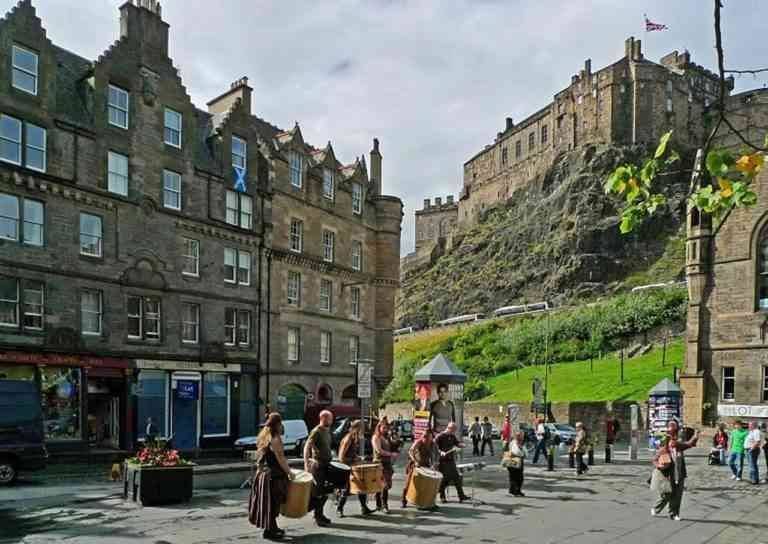 The city of Edinburgh is distinguished as one of the most famous tourist places in Scotland, and it is indeed the capital of Scotland, and it was the headquarters of Parliament in the fifteenth century, and since Scotland is located within the United Kingdom or Great Britain, the city of Edinburgh is the second tourist destination in terms of popularity and attracting tourists from around The world is after London. In Edinburgh, visitors can see the famous Royal Castle, which is located on the main road in the old city, and Edinburgh is a global city that cares for parties and events, and so it is famous for its many festivals, and one of the most famous of those festivals that take place in Edinburgh is the Fringe Festival, which is The largest international arts festival in the world, and by that it brings history in civilization, with art in nature, to be among the most beautiful tourist places in Scotland. 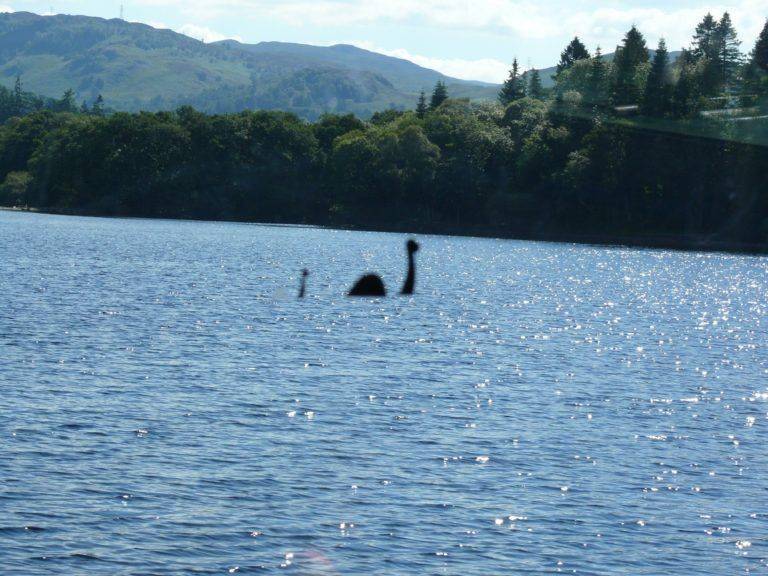 From the Scottish countryside, the beautiful Loch Ness is famous for its depth, which makes it suitable for diving and enjoying the beauty of the scenic nature below the water. The lake is considered one of the most beautiful tourist landmarks in Scotland, and attracts many tourists from all over the world, especially that its depth extends to more than 230 meters below the sea surface, That is, about (750 feet), and it is also a very huge lake, and the locals and tourists also used to visit it because it is an area to collect a lot of fresh water coming from all the lakes of England and Wales, and tourists can take a walk along the lake or visit strange villages nearby, such as Drumanadroachit Back A also: Tourist places in Liverpool … 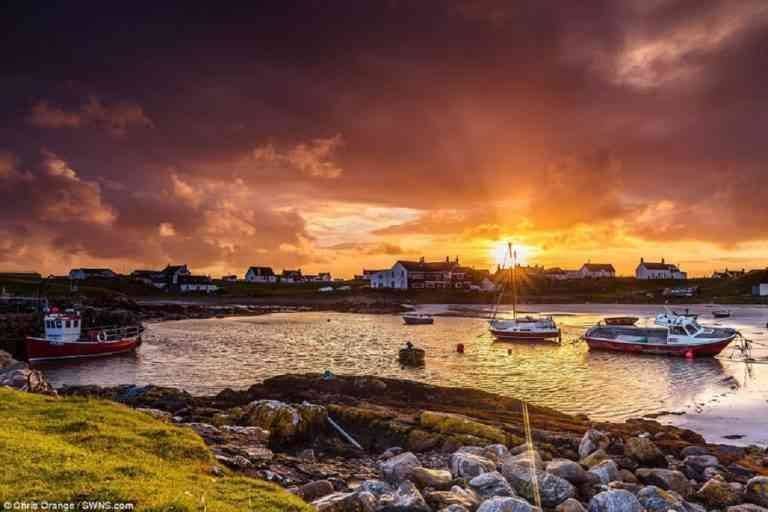 The Hebrides Islands are among the most famous landmarks in Scotland, and even in the forefront of the best tourist places, especially for those who love literature, arts and music, these islands are characterized by its extreme calm that inspires reflection and inner serenity. Sky for example, and the islands are also characterized by its picturesque beaches charming birds have used to fly near them in a very beautiful form, and one of the most prominent activities that tourists enjoy in this island region is hiking and wandering on the morning outdoor trips. 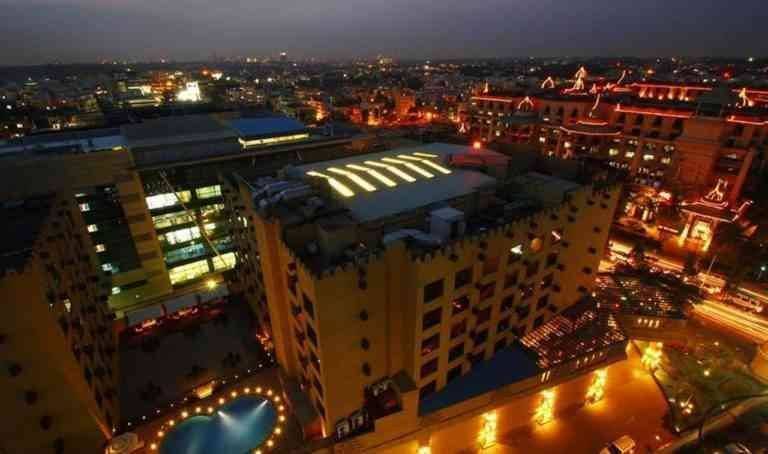 Stirling is one of the most important tourist places in Scotland, and it is famous for many myths that the local people still chant to this time and their customs and traditions are somewhat strange, so do not be surprised when you see a group of Stirling residents honoring the wolf, because according to local legend, the wolf is considered one of National creatures that helped protect the city’s inhabitants in previous wars, as he barked heavily when the Vikings were about to invade, and thus alerted villagers to the attack and could save their homes. And this city is marked by many tourist attractions as it is a good place to see a Scottish town from Central Wen, where there is a castle dating back to the twelfth century, as well as the Church of the Coronation of Scottish King James VI in 1557, in addition to some of its beautiful natural scenery that makes it among the most beautiful tourist places in Scotland. Read also: Tourism in Wales .. and enjoy The beauty of nature

Tourism in the Scottish countryside .. and Glencoe Village in Scotland 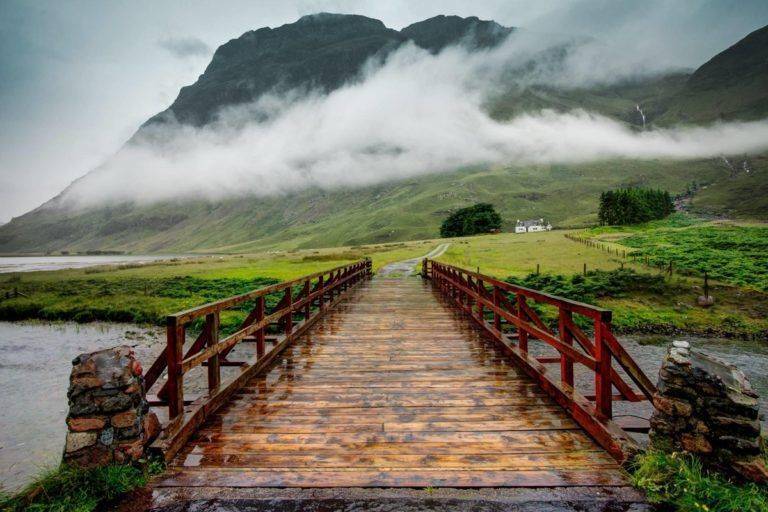 From the Scottish countryside, the Glencoe region in Scotland is considered one of the most famous tourist attractions in Great Britain. It attracts many tourists throughout the year. Glencoe is located 26 km south of Fort William. Scotland Glencoe is characterized by its beautiful green valleys, and the surrounding hills, mountains and highlands A magnificent green high rise, which made Glencoe one of the most famous and beautiful tourist sites in Scotland, its memorial to the massacre of 1692, and it is very popular among hikers, rock climbers and skiers, and Glencoe is also known as the closest ski area to Glasgow. 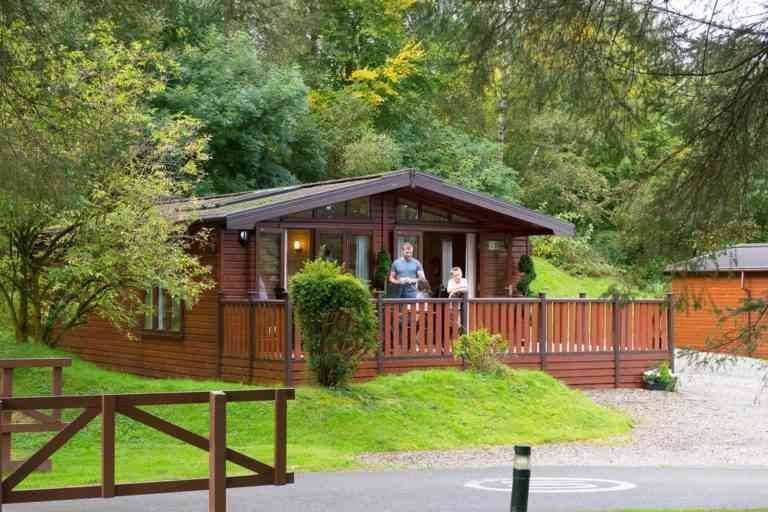 Scotland is not without parks and private recreational places that attract tourists to relax and stroll within it, and one of the most beautiful places for hiking and relaxation for tourists in Scotland and the fence in the Scottish countryside is the Loch Lomond Park, famous for its seven waterfalls that are almost breathtaking because of its beauty, and tourists enjoy doing several outdoor activities Hunting and golf, as well as activities related to camping, cycling and climbing. 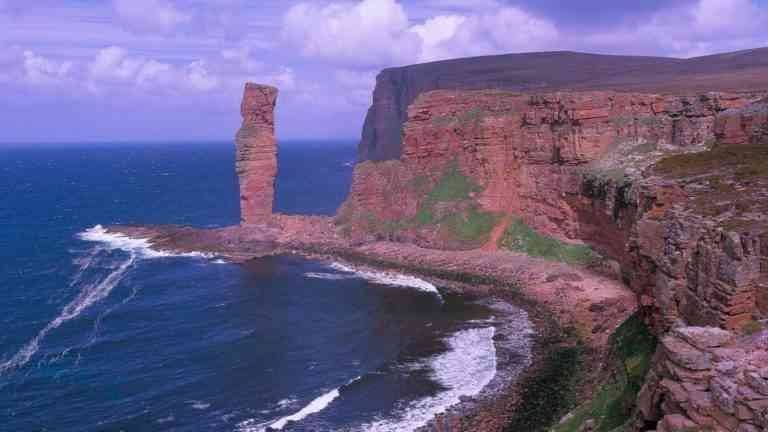 Orkney is one of the most famous tourist places in Scotland, which is a group of islands that number to about 70 islands, and among these seventy islands we find only twenty islands inhabited by people, and Orkney is known to contain on its territory a local population thousands of years ago … that is, before history It is worth noting that the Orkney Islands were essentially an integral part of Norway before joining Scotland, and the islands are distinguished by what they contain from the oldest Neolithic sites in Europe, and they are also among the most beautiful natural tourist places; they are a good place to see Puffins, along with a board group Ah from the local art galleries and museums, Kirkwall is the largest city located within that Aldzr.aqro also: Economic aviation in Britain ..

The city of Glasgow 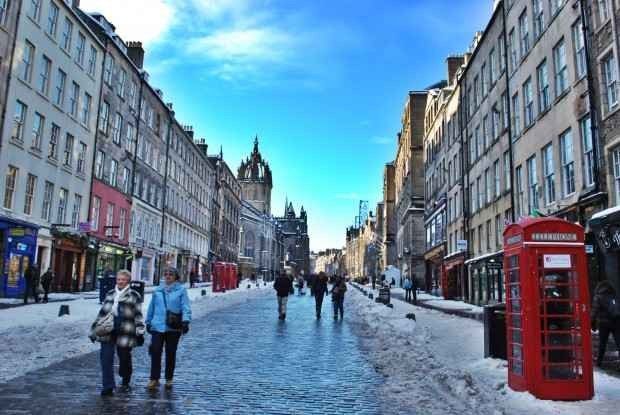 Glasgow is the largest city in Scotland and also the oldest Scottish city, and attracts many tourists from all over the world every year, and the history of this city dates back to prehistoric times and is located on the River Clyde, and Glasgow is considered the largest seaport in Great Britain, and has historically been a center Important for building huge ships and a center for taking off business trips with North America, and today Glasgow is among the most beautiful tourist places in Scotland where magic, music, playing and singing, this city used to host more than 130 music events per week. Tourists can tour the streets of that city To see the fragrant history clearly evident in medieval buildings such as Glasgow Cathedral and the ancient Antonine wall, and the city has more than 1500 shopping centers that tourists from all over the world spend a long time, and is famous for a city besides its archaeological presence with a variety of sporting events there And, therefore, the city of Glasgow is among the most beautiful tourist places in Scotland.

The Town of St Andrews 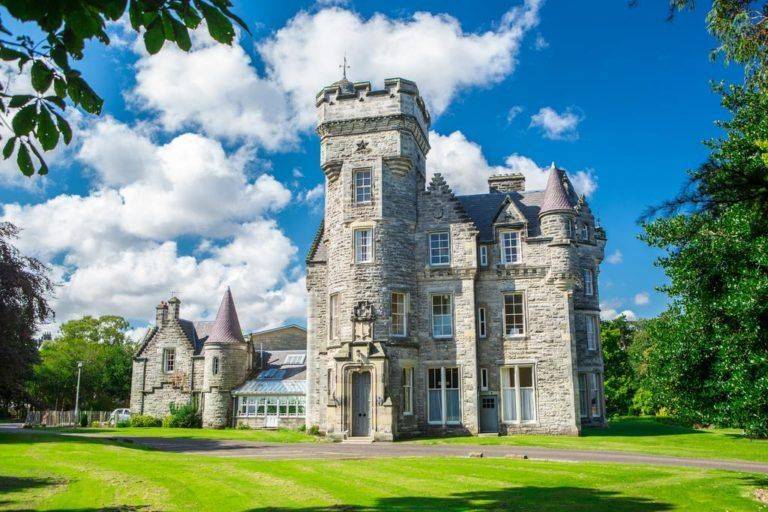 From the Scottish countryside, the city of St. Andrews is a city of magic and a beautiful green nature, and it is considered among the most important cities of Scotland. St. Andrews is located in the northeast of the city of Edinburgh, the Scottish capital, and there are many tourist destinations that attract visitors from all over the world, and perhaps the most famous thing that attracts foreigners to it It is going to learn at St. Andrews University and it is the third oldest university in the world, as tourists go to it to play golf; St. Andrews is the main golf home and the place where the open golf tournament takes place, as tourists used to go to relax on its beaches and spas The coastal locality and its fresh air, as well as tourists go to see the history and ancient civilization, the most prominent of which is expressed by St. Andrews Castle, which is located on a cliff overlooking the sea and the city. Read also: Europe’s best trains and reservation sites

The city of Inverness 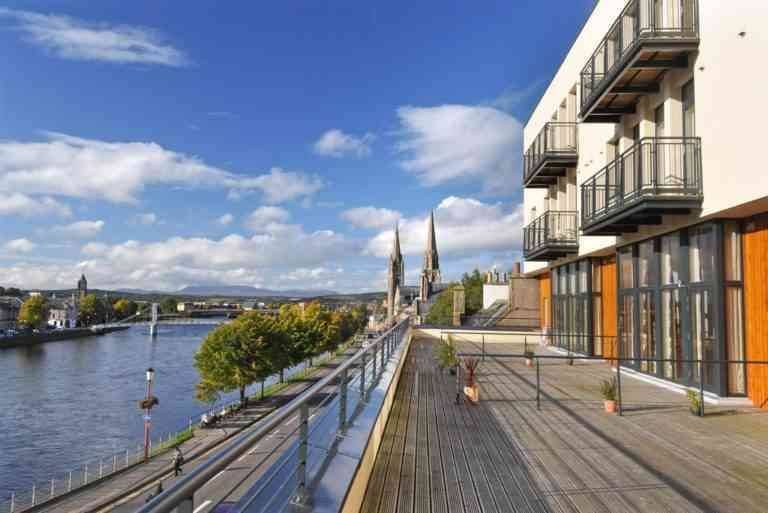 Few of the tourists go to Scotland and do not visit the city of Inverness; it is truly one of the most beautiful tourist places in Scotland, which is characterized by the picturesque nature and beautiful high-rise highlands, and that city is located specifically in the northern end of Loch Ness, where the tourists can take a walk along the River Nice to reach To the islands of Nice, as well as whoever goes there can see Caledonia and many churches located along the river, also can be strolled in the old town, where it contains many old stone buildings and the old Victorian market that has many classic products and crafts, and in the range Inverness Tourists can also take a free tour of the 19th century castle.