The country of Scotland is a northwest European country that follows the United Kingdom, bordered to the east by the North Sea, to the west by the Atlantic Ocean, and to the south by England. Scotland has suffered through its history several forms of settlement that ended with its joining the British North after the adoption of the Law of Unity in the middle of 1707.

As for the Scottish people, it is distinguished by the kindness, hospitality, and usual rural generosity, most of whom condemn Protestant and non-Christian Christianity and minorities of many religions, and speaks 3 main languages: English with Scottish accent in urban areas, pure Scottish language in the countryside, the Gaelic language in the highlands and islands.

And tourism in Scotland is usually predominantly visited beaches and ancient ports, highlands and picturesque rural villages, with dozens of archaeological sites and art and cultural festivals.

So we take you on a short tour through which we get to know the most important tourist attractions in Scotland with pictures, to make it easy for you to see that charming spot up close, visit it and enjoy its beauty with your minds before traveling to it. 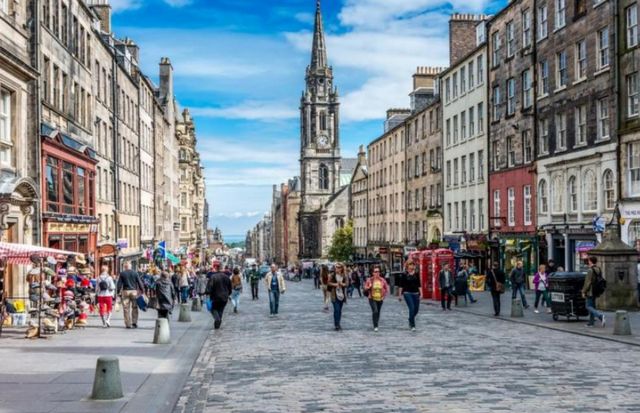 When are the best times to travel to Scotland?

Compared to other tourist areas in Britain, Scotland offers scenic natural beach and rural tourism. The period from April to September represents the tourist season in Scotland where the weather is nice and warmer and all the sights are available to visit.

What is the currency of Scotland?

Like other British provinces, commercial and service institutions in Scotland deal in sterling pounds.

How to travel to Scotland?

Scottish authorities guarantee their visitors from European Union countries entry to their lands and open-ended residence without the need to obtain a visa, only ID card.

As for citizens of other countries, they must obtain a visa whose duration and cost vary according to its purpose, knowing that the British visa is sufficient to enter Scotland.

As for the travel costs, they differ depending on the airline, the country of departure and the place of residence chosen in Scotland, and you must rely on the ATMs during your stay and the cash in the villages and remote areas.

As for moving between cities, Britain provides many advanced transportation networks between different cities and provinces, such as high-speed trains, taxis, and buses.

Scottish cuisine is characterized by diversity and delicious dishes, and perhaps the most famous dishes are smoked fish, lamb, grilled beef and oatmeal, so do not worry that there are no restaurants that sell halal food in Scotland.

The most beautiful tourist areas in Scotland

The city of Edinburgh is gaining its strategic importance in the state of Scotland from being its political and economic capital, the seat of the English Parliament during the Middle Ages and in the 15th century, the seat of many of the most beautiful tourist places in Scotland and the most important artistic and cultural events and festivals in it, among the most famous tourist places in Edinburgh:

One of the most famous tourist attractions in Scotland with a long history dating back to the primitive decades of the history of the region, where the ancient castle on the main road of the old town witnessed many wars and battles that the ancient Scots fought against their enemies and their occupiers, and the castle has a wonderful design and style that makes it one of the most important places Tourist in Scotland is not complete without them the trip. 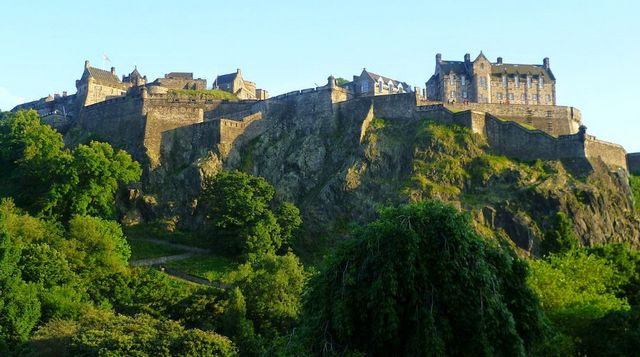 The joy of Scotland’s tourism is not complete without visiting the ancient Thai Bridge and cutting the journey from Edinburgh to Dundee through it.

The bridge between two of the most famous and important tourist cities of Scotland dates back to the seventies of the nineteenth century as the longest bridge in the world before it was destroyed by a strong storm and is rebuilt in its current form in 1966.

During your visit to the Tai Bridge, you can admire through the two observation platforms with a wonderful panoramic view of the Tai River and the charming city of Dundee. 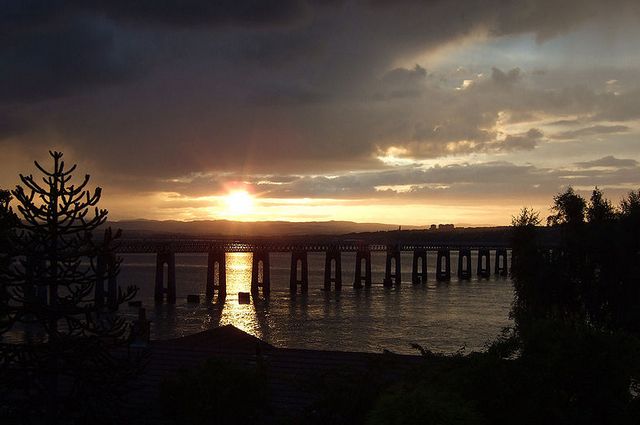 The largest and oldest city in Scotland with its history dating back to BC. The city lies on the banks of the River Clyde and has a huge port and is the largest and most ancient of its kind in the United Kingdom, where the largest commercial flights with North America.

Touristic, Glasgow is distinguished by the style of its streets and monumental buildings dating back to the Middle Ages, hosting many events and artistic and sports celebrations, with thousands of wonderful entertainment shopping centers, which makes it a distinctive destination during tourism in Scotland and among the most important tourist attractions in Glasgow:

If you are a fan of astronomy and space science, here is an irreplaceable opportunity to enjoy the magic of stars and explore the glittering and glittering asteroids in the sky through the Glasgow Observatory of Glasgow Science in Glasgow, and you can repeat the same experience by visiting the Mills Astronomical Observatory and Galleries in Dundee. 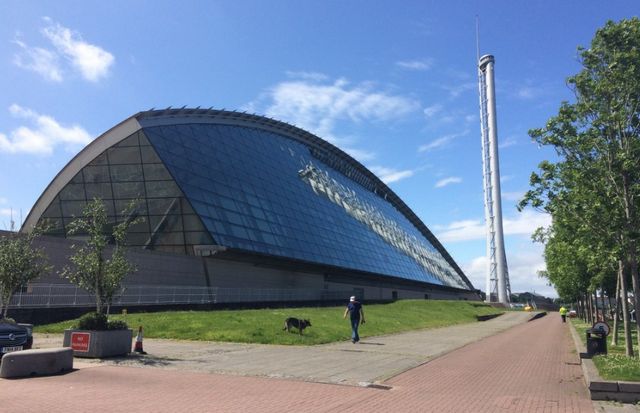 If you are a fan of climbing or photography, Titan Clyde Bank provides you with the oldest crane in Scotland with its century-old history. This exciting adventure at a height of 150 feet where you can enjoy a panoramic view of the city and take the most wonderful pictures of its most important landmarks. 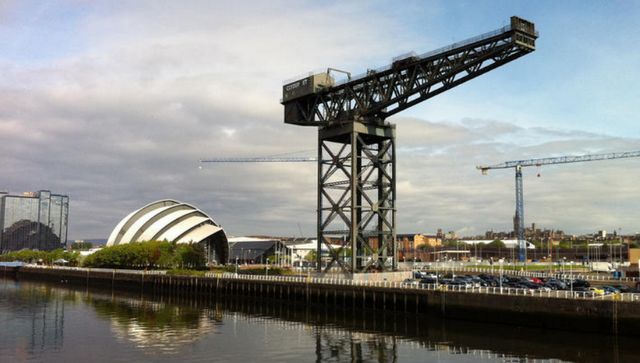 One of the most beautiful coastal cities of Scotland, with a great reputation for tourism, as the city witnesses the convergence of the Don and Wadi rivers and the North Sea with many artistic and cultural events and the embrace of hundreds of museums on its land.

Aberdeen is also a prime location for practicing many beach and water activities such as a fishing hobby, with a visit to its great historical port and monitoring the movement of shipbuilding and freight forwarding. Among the most important tourist attractions in Aberdeen:

Among the most important museums of the city that you can visit when tourism in Scotland, where he reviews the maritime history of Aberdeen in shipbuilding and freight forwarding and other marine industries through a collection of paintings, artifacts, pictures and multimedia that suit different ages. 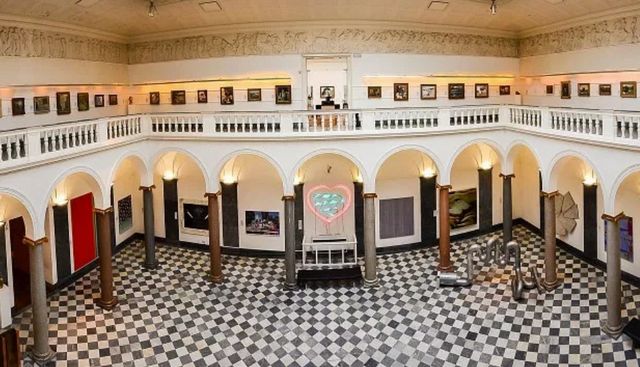 Among the most important art galleries in the city that showcases local architecture with granite columns decorating its halls, with paintings of the most important British artists from the 18th century, and a great monument located west of the exhibition dating back to the eighties of the nineteenth century. 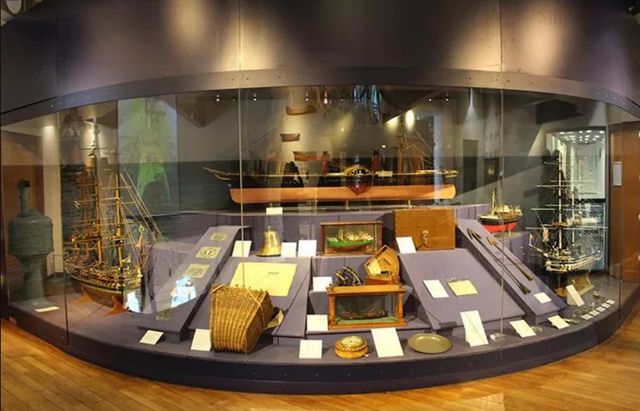 The smallest coastal city of Scotland, where you can easily cut it on your feet because it is the fourth among its similarities in terms of area, and at the same time it is one of the overlooked destinations during tourism trips in Scotland despite its wonderful scenic and natural attractions.

The city, which has a port of great commercial, historical and cultural significance throughout the history of the state of Scotland, also has a distinct view of the River Tay, and a panoramic view of its most important and famous monuments from the highest mountain in the neighbor and the famous Dundee volcano, and among the most important tourist attractions of Dundee:

One of the most important archaeological and religious monuments recommended to visit during tourism in Scotland because of its distinctive reliefs and decorations adorning its large windows and high ceilings, with religious murals, tall tower and Gothic architectural style that makes it one of the most important tourist places in Scotland with the heart of ancient Dundee. 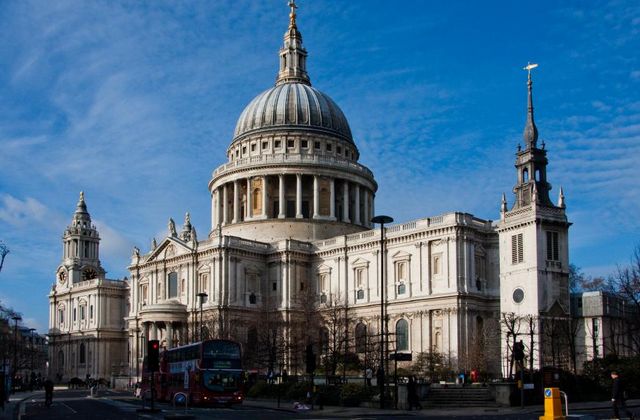 This museum is one of the most important attractions that top the list of tourism Scotland for the agencies or people traveling there for the purpose of tourism.

Where the museum displays the history of the jute and rope making that Dundee and Scotland are famous for, both through thousands of photos, documentaries, machine exhibits and products. 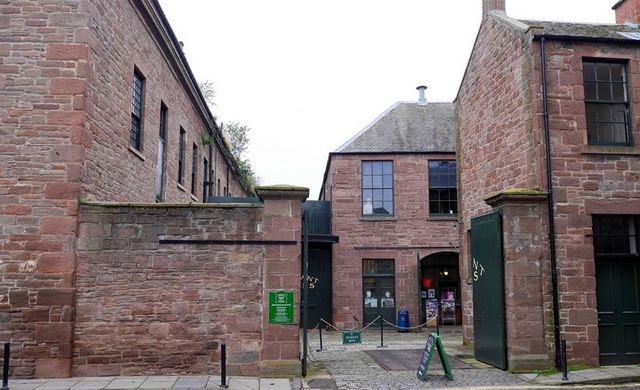