Tourism in Seattle America .. and 12 most beautiful tourist places

Seattle has flourished over the years to become the most important and largest city in Washington due to its being an important economic center, and it includes many important business centers. Seattle’s easy and fast lifestyle makes it an enjoyable tourist destination. It is full of wonderful gardens, fun beaches, and for nature lovers, it has a number of picturesque spaces.

The most important tourist attractions in Seattle, where it is considered a symbol of it. It was founded in 1962 for the international exhibition, and then it turned into a distinct leisure destination and garden. It includes theaters, sports spaces and restaurants. A group of modern tourist attractions have been added to the venue, which includes the Music Adventure project, and the Kelly Glass Garden and Works that contain an amazing glass collection. Don’t miss out on heading to the Seattle Central Library, which has an enchanting design and breathtaking glass and metal. 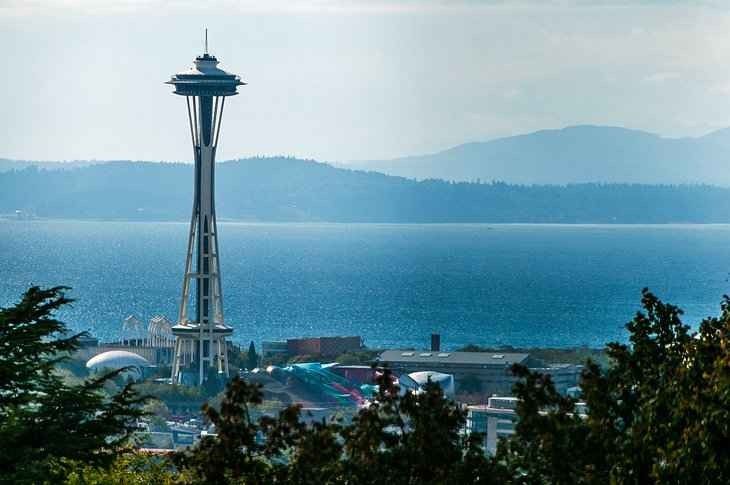 The historic Pioneer Square is the historic heart of the city, and is marked by a sixty-foot totem pillar. It is one of the best tourist places in Seattle, as it includes a number of Victorian buildings, most notably the Smith Tower with a height of forty-two floors, which includes a note seat on the thirty-fifth floor; an ideal place to enjoy a view that includes most of the outskirts of the region. There is also the Klondike Gold Park Historic National Rush, which commemorates the rush of thousands of prospectors during the gold rush in 1879 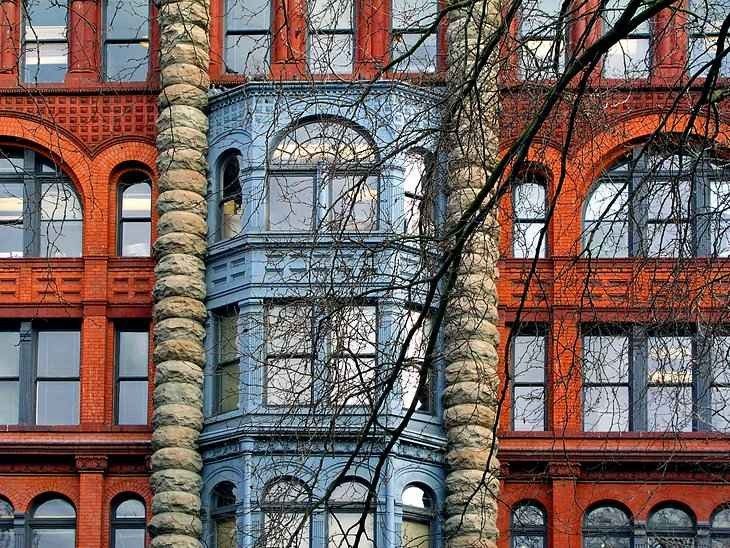 Pike Square Market is one of the most popular places in Seattle that you can enjoy your time without feeling it, there you can mix with a large segment of the locals, and learn about their lifestyle. The vendor booths provide various types of goods such as fish, meat, vegetables, fruit and all that flames If you are unable to cook these fresh ingredients, you can head to one of the local restaurants on the spot and they will do the necessary. 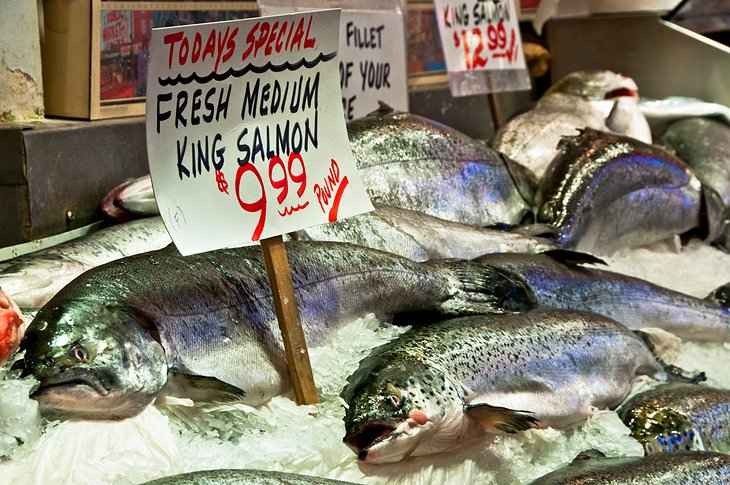 Also known as Hawler Balladr and one of Seattle’s great attractions, with great views and a fun atmosphere. It is located in the Northwest, and you can pass it to see the movement of boats beside watching salmon that resist water currents. Close to it is Carl S English Junior Botanical Garden; another great destination not to be missed when traveling to Seattle, which is a great place to relax away from the hustle and bustle of the city . 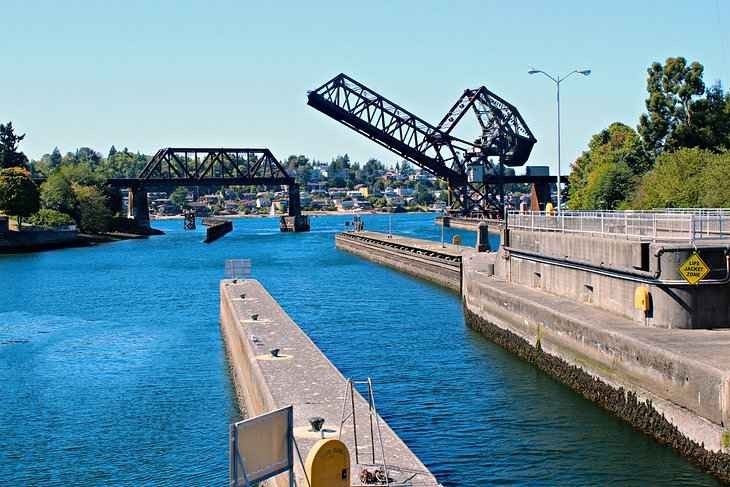 The volunteer park is located in the city center, and one of the most beautiful attractions in Seattle. It is a century-old nature reserve, which contains a number of trees and tropical plants. Visitors can enjoy the various garden views that include; sports activities arenas, a private picnic area, a walkway, and a children’s playground. The park also includes the Seattle Museum of Asian Art, which includes Several exhibitions on Chinese art, South Asia, Southeast Asia, and textiles. 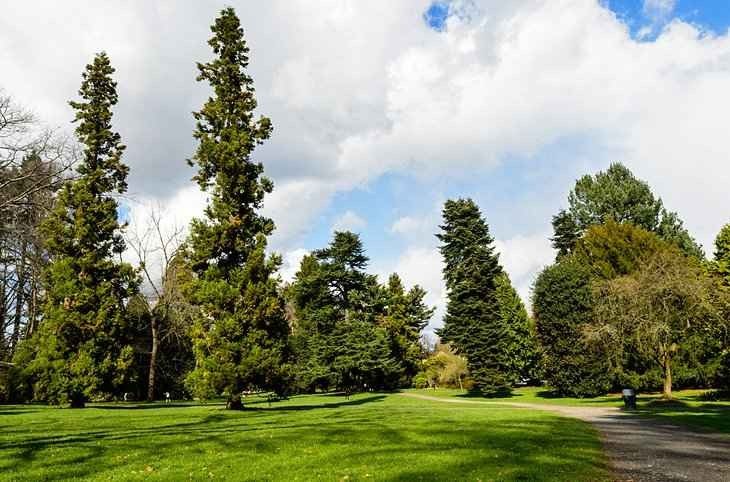 The waterfront is one of the most important places of tourism in Seattle, as it extends through a group of wonderful gardens and sidewalks. There are also entertaining places, and tourist attractions alongside fun boat tours. There are at fifty-nine dock; Seattle Aquarium which includes a number of picturesque marine creatures such as; otters, octopuses, and dwarf sharks. There is also a huge Seattle wheel at dock fifty-seven, which allows Enjoy a breathtaking view of the city from a steep elevation. Head north to the area where it is located; the Olympic Carved Garden, which houses a number of impressive artworks, as well as a breathtaking view. 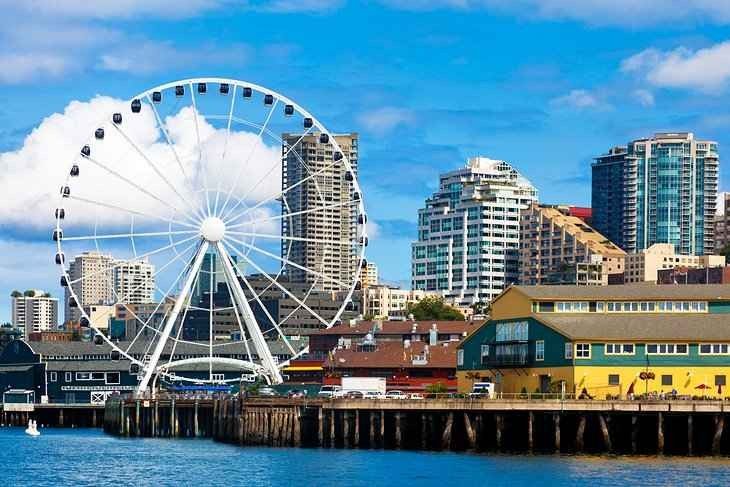 The Discovery Park is the most beautiful tourist place in Seattle due to its picturesque location, overlooking the West Point lighthouse, and the rest of its parts enjoy magical views of the mountains. Its area reaches five hundred and fifty acres, to become the largest park in Seattle. The park also includes a number of picturesque nature spaces such as the coast, the forest, and the pastures. This makes it an ideal destination for escaping from the contemporary city life, and relaxing among the natural lands that breathe in comfort and tranquility. 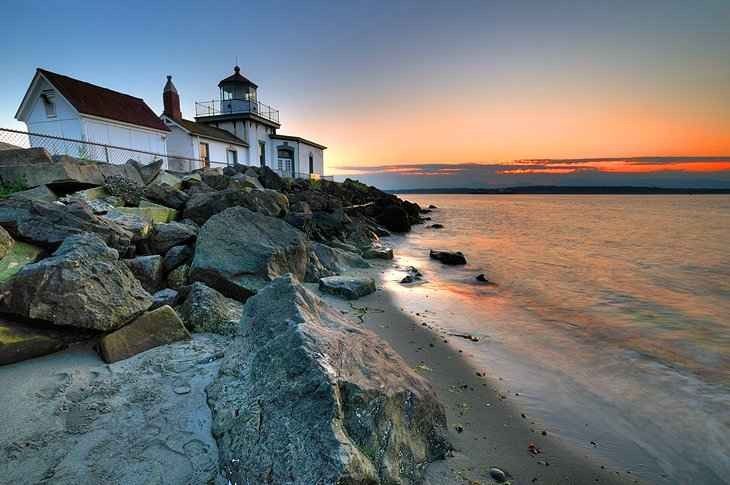 The University of Washington is one of the destinations to be missed when traveling to Seattle is located behind Portage Bay. The university includes the Burke Museum; a museum of natural history in addition to the Henry Gallery of Art; which displays a collection of contemporary artworks. As for the south of the main campus; the McCordy Museum of History and Industry is located which includes several exhibitions that reflect the history of the region. There is also the Washington Park, which includes a square Full of huge green lawns and a tea garden. 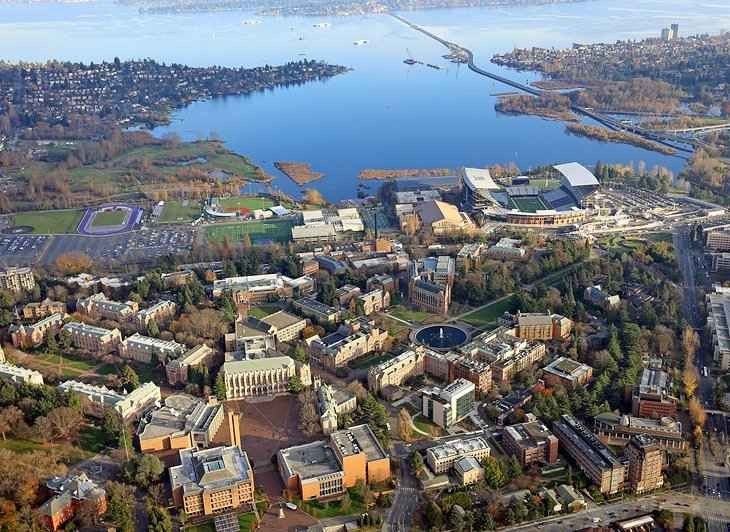 Woodland Park Zoo is one of the most prominent tourist places in Seattle with an area of ​​ninety-two acres, which contains many endangered animals from around the world. The first park establishes natural exhibitions with; three hundred different species of animals from the elephants of Asia and Africa to the snow leopards, Jagur, lemurs, and gray bears provide several programs with different dates including; educational programs, special tours, in addition to the ability to feed animals, and ride the solar powered roller wheel. 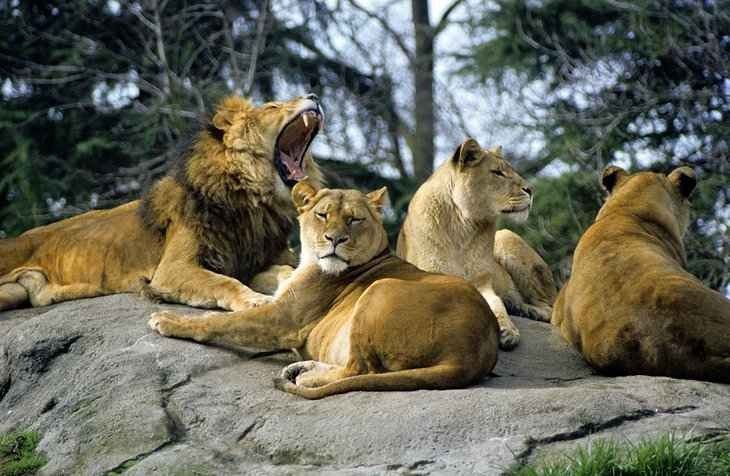 Benaroya Hall is among the best places to visit Seattle in Seattle, a city-leading art venue, with two hundred and fifty seats for the concerts of the Seattle Orchestra. Don’t forget to watch the huge glass sculptures made by Dale Chihuly, located in the hall of the hall. Benaroya Hall is located in the city center via; Seattle Art Museum. 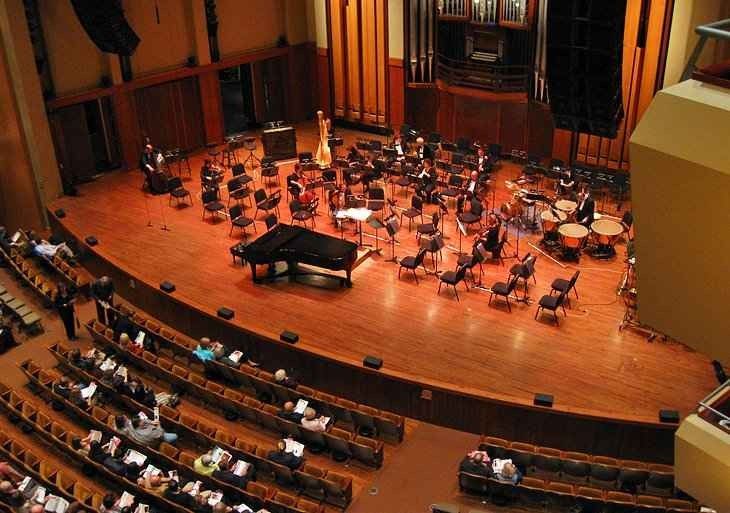 One of the last tourist destinations in Seattle that you must visit before leaving the city. The world district is located east of Pioneer Square, and is characterized by its colorful colors, as the Chinese and Japanese shops and restaurants fill the scene. The neighborhood houses the Wing Lock Museum of the American Experience of the Asian Pacific, where the history of these immigrants in the United States is highlighted. My name is named after Wing Lock; an American Chinese immigrant, the first Asian Officially elected in Washington. Close to the museum is Heng Hai Park, which houses a Buddhist temple. 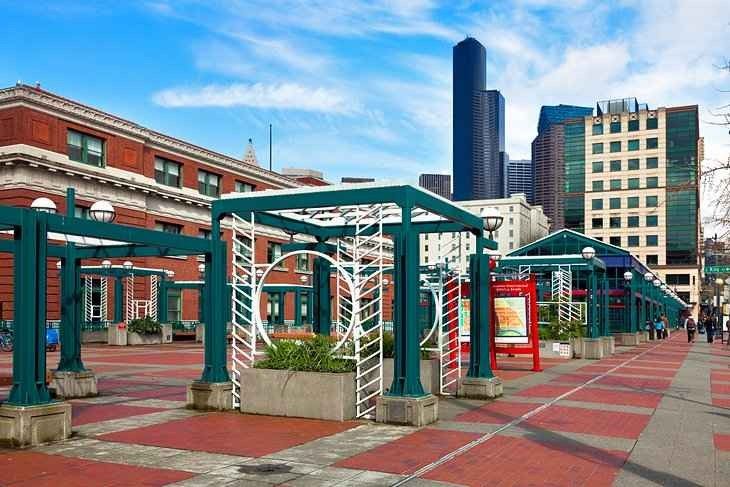