Tourism in Sentosa Island, Singapore … the most beautiful tourist places

Tourism on Sentosa Island Singapore is one of the most enjoyable leisure trips, and this island is considered a destination for many visitors. The island attracts approximately 5 million tourists per year, and Sentosa Island Singapore brings fun and joy to all visitors, whether they are local residents or tourists outside the country. The island is the finest and largest resorts on a global level.

The most important tourist attractions in Sentosa Island, Singapore 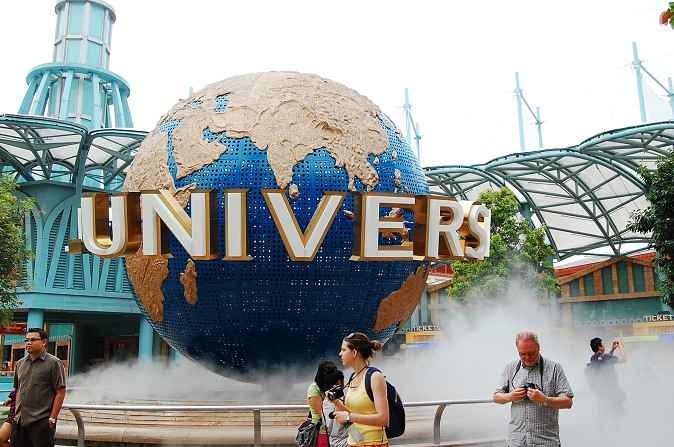 Tourist places in Sentosa Singapore These studios are considered one of the most important tourist places in Sentosa Island Singapore, and many arrivals come to them permanently to watch international videos and movies, as well as watch global industry tools and huge products for Hollywood movies, and these studios include seven different sections, which are: Celebrities Films Fantasia, as well as Hollywood and New York in addition to ancient Egypt, Madagascar, the future and the lost world, and these seven sections attract many tourists to them, and here are the seven sections in some detail:

Upon entering Universal Studios you will find the area of ​​the Hollywood section, which is a distinct area surrounded by trees and palms from all directions and lit by neon bulbs, and at this region you will see celebrities, art stars and owners of cartoon characters that children love, in addition to that Hollywood enables visitors Hats off her hats to take photos, so Hollywood is one of the funniest things about Universal Studios.

It is the area directly affiliated with the Hollywood District, and the New York area is a microcosm of ancient New York City.

Future Zone The area that follows New York, a real fun and enjoyment area within Universal Studios especially for people who love adventure, where many exciting and interesting games such as Rollercoaster Star Wars are available.

The Lost World region is the region that follows the area of ​​ancient Egypt, the Lost World is divided into two parts and the first section is a visit to the Jurassic Park in which the tropical forests are seen and different dinosaurs are seen in it, while the second section is called the water world and in this section a water trip is made around a garden Jurassic, this journey includes the most famous and beloved artists, actors and celebrities.

This region follows the region of the lost world, in which fantasy celebrities are identified, and fans of fantasy films and graphic films are advised to enter it, where the fantasy movie celebrity zone allows to see the famous personality Shrek and Al-Abu Al-Jazmah as well as the famous palace, and enables them to see all the famous characters of the well-known graphic film. Read Also: Singapore customs and traditions 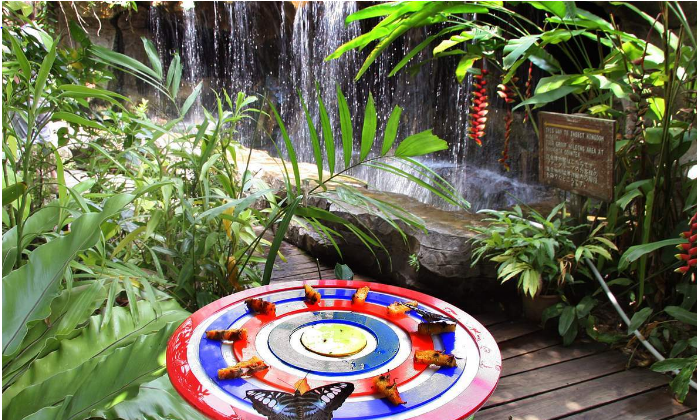 The most important tourist attractions in Sentosa Singapore Singapore Sentosa Island possesses a huge amount of insects and butterflies, which is called the Kingdom of butterflies and insects, and it has more than about three thousand different types of insects, not only this, but this kingdom contains some places designated for many From plants as well as open flowers, this encourages these insects and butterflies to keep the offspring and keep them alive, and there are special sections within the insect kingdom to care for reptiles as well as parrots, and there are also a group of waterfalls that help moisten the atmosphere, which works in a cycle To provide a suitable atmosphere for the Kingdom of insects and butterflies. 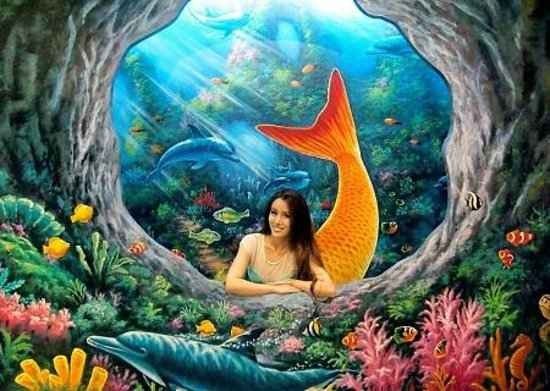 Tourist places in Sentosa Singapore This museum is considered one of the most famous museums in Singapore Sentosa Island, and this museum is one of the unique museums, as it is the most famous optical illusion museums in the whole world, and this museum attracts many visitors as it displays many 3D panels that Bluff the sight, and one of these famous paintings is the head of the snake, and this museum allows its visitors to see the paintings and know the visual tricks and work to take pictures next to the 3D paintings, as if the visitor imagines inside the mouth of the snake, for example, which increases pleasure, suspense and excitement, and inside the museum there is a café of the finest cafes If you are on a family outing with your children, the museum works daily from seven in the morning until nine in the evening, do not hesitate to visit this interesting museum, because this museum is considered One of the most important places for tourism in Singapore Sentosa Island. 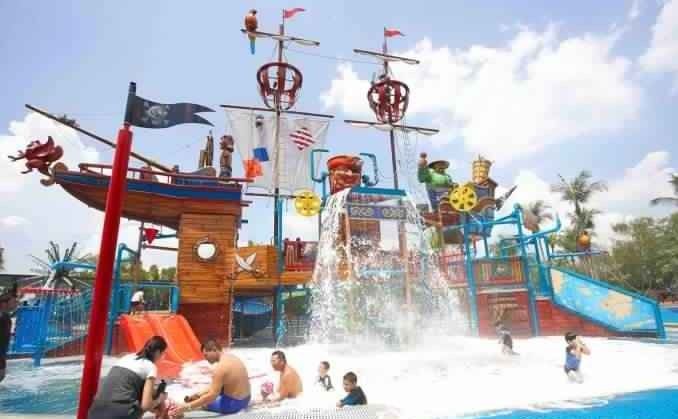 The most beautiful tourist attractions in Sentosa Island Singapore This port is one of the most famous attractions in Sentosa Island Singapore, because it is considered one of the best places for picnics and family outings, and provides its visitors with a lot of fun and entertainment, as this port is located directly on the beach and offers many games and sports Various waters, including climbing tires, as well as playing with slides and other different games, and there are many restaurants in this port that offer delicious cuisine and simple dishes, as well as cafes necessary for rest and relaxation and eating your favorite drink with it, all this is in Bala In addition to that the Wonderland Port contains a center for the jet statues as well as historical artifacts, this port organizes many different activities, whether for fun or education 24 hours a day, and therefore this port is an area of ​​attraction for tourists from different parts of the world where visitors can play, fun and education At the same time, which is considered one of the best places for tourism in Singapore Sentosa Island. 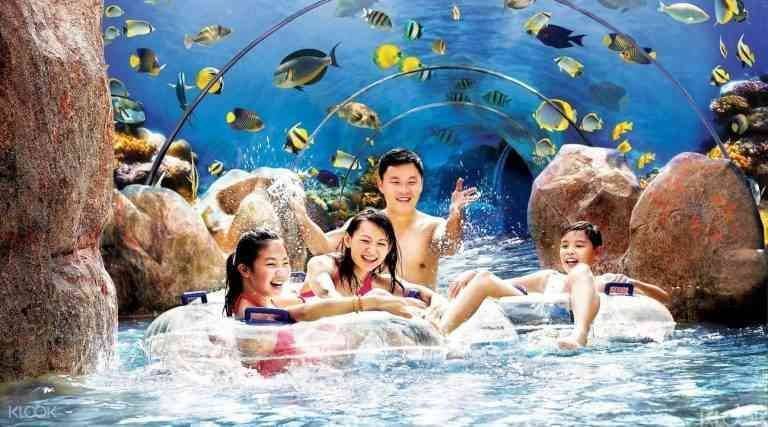 Tourist places in Sentosa Singapore, which is a theme park located in Sentosa Island Singapore, adventure cove waterpark includes various games and several of the most famous of these games are seven major water games, and this city allows visitors to sunbathing inside the park of the jungle, as well as watching the amazing stunning nature, And that surrounds the beautiful blue water with bright sunlight, which draws an extremely beautiful artistic painting, which relaxes the visitors and gives them real pleasure and happiness. There are also many activities inside the adventure cove waterpark such as swimming, diving and sports. Various waters and experience the seven water games such as landing in a waterfall. There is also a pool for swimming filled with many pet fish and human-friendly. If you are not afraid of fish you can work to swim in this basin, as well as work to feed these fish, then the experience of swimming In this basin is a microcosm of underwater diving experiences in the seas where different marine creatures, fish and coral reefs are located. There is also one of the restaurants attached to the city of adventure cove waterpark, which is characterized by providing delicious Asian meals, and also offers many different types of ice As well as delicious juices and cold drinks, do not hesitate to take on this wonderful experience, the adventure cove waterpark is one of the most beautiful places of tourism on the island of Sentosa Singapore.

What is the capital of the Czech state

The capital of the state of Ghana