The largest minaret in the world

The cost of tourism in Georgia .. Your economic guide to travel to one of the cheapest tourist destinations in the world

The most important sights in Hamburg

Report on the Bentley Istanbul Hotel

Traveling to Shamakhi, Azerbaijan .. Know the temperatures and the best times to visit in Shamakhi .. 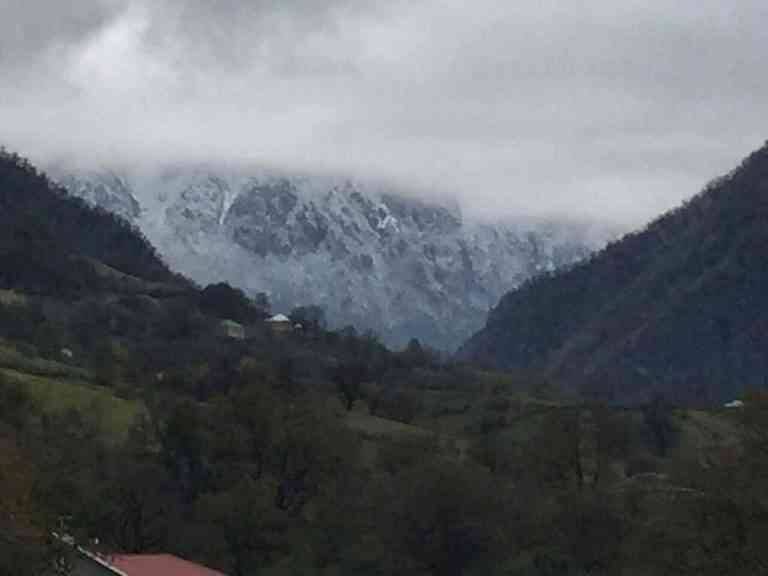 Traveling to Shamakhi Azerbaijan .. Know the temperatures and the best times to visit in Shamkhi .. The weather in Shamakhi Azerbaijan is cold in the winter and snow falls, but in the summer the weather is moderate and tends to warm, you can visit the city at any time of the year given To provide activities that suit the winter, the most important of which is skiing, and the summer is a great opportunity to ride and ride horses across the city. Also read: Tourism in Azerbaijan

Tourist places in Shamakhi, Azerbaijan .. It is the capital of ancient Azerbaijan, dating back to the 5th century BC and is now an important tourist center due to having a rich history, as it is the seat of government in Azerbaijan in the eighth and nineteenth century so it possesses many archaeological places despite The city was exposed to many earthquakes, but it still retains its historical monuments alongside the enchanting nature of forests and green spaces.

Read:A detailed report on the places of tourism in Azerbaijan for families 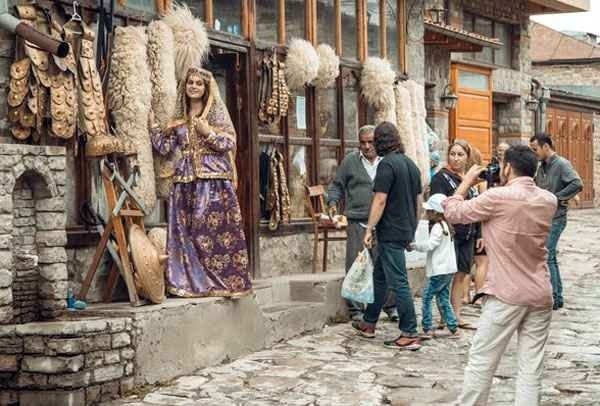 “Shamakhi Markets Markets” .. the best tourist places in Azerbaijan’s Shamakhi .. Dear tourist, shopping in the city must be bought to buy distinctive souvenirs, especially that the city is famous for beautiful handicrafts such as carpets, antiques and traditional costumes, the most important industries are copper products, you can buy accessories Copper or daggers and other beautiful traditional products. Shops dot the streets. If you feel tired, have a snack and a cup of coffee in one of the existing cafes. 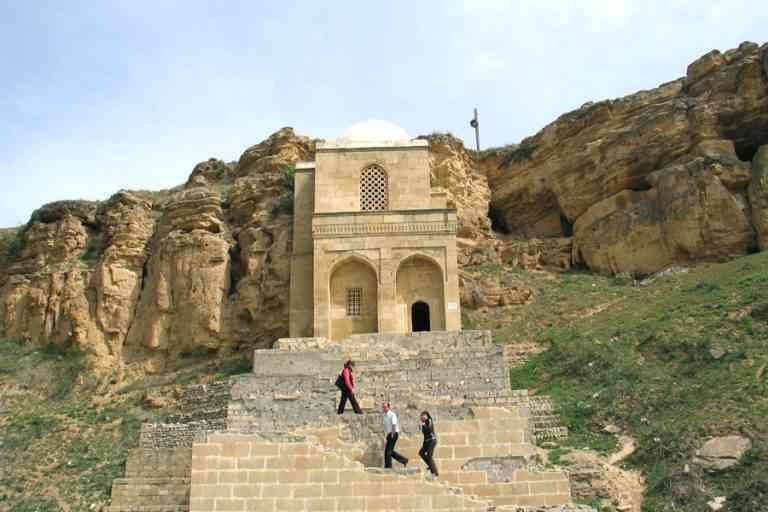 “Diri-Baba Shamakhi Mausoleum” .. the best tourist place in Shamakhi Azerbaijan .. It was established in the fifteenth century, it is considered one of the most important tourist places in Shamakhi Azerbaijan and it is near the old cemetery, the mausoleum consists of two floors and many legends are raised around it So lovers of strange things go to him, the shrine is distinguished by its impressive architectural structure in the rock and its walls written on it with fine lines, the most important shrines also is the shrine of “Yeddi Gumbez Shrine” located near Golestan Castle, where the rulers of the Shervan family are buried, a region whose character is mostly mysterious. Read also Travel Tips to Azerbaijan 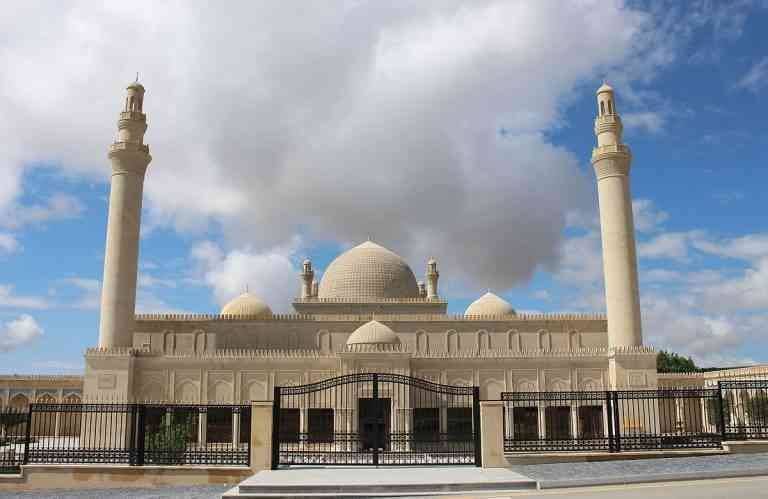 “Juma Mosque” .. the best tourist attractions in Shamakhi Azerbaijan .. It is considered one of the most beautiful historical mosques in the city, it was established in the eighth century in 744 AD, so it is one of the oldest mosques in Azerbaijan and even the oldest mosques in the Caucasus region, the mosque was exposed to wars and earthquakes which It led to an impact on him, so it was restored in the early twentieth century, but taking into consideration the preservation of its original appearance, the mosque is characterized by windows decorated with drawings and decorations, and its façade is decorated with wonderful Islamic inscriptions, while its magnificent minaret was created in the tenth century.

“Village Lagich” .. the most beautiful tourist place in Shamakhi, Azerbaijan. 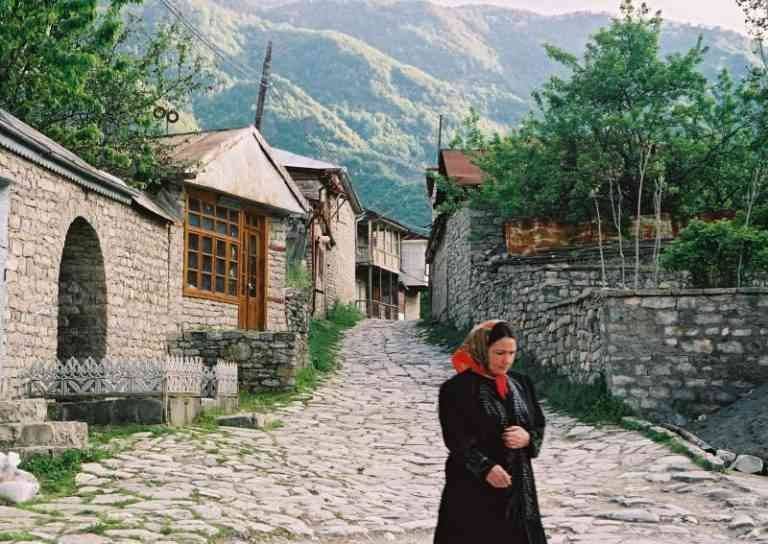 “Village Lagich” .. the most beautiful tourist place in Shamakhi, Azerbaijan .. It was established in the fifth century BC So it is a distinctive ancient village, the village is characterized by its wonderful views of the river and despite its smallness but it is a sign of beauty, it is a wonderful tourist destination on the Silk Road, It is also an important commercial destination, so you should buy its products such as copper, leather, wood, accessories, traditional fashions and other products. The village is famous for many legends, so we advise you to go to it to hear stories from the local population, where some believe that the origin of the village belongs to the ruler Runaway settled in and formed the A village with the passage of time from his servants and their family, where they built houses and water channels, in addition to working in the copper industry, and artisan workshops appeared, and over time the village became trading caravans with Persia, Turkey, Armenia and other neighboring countries. The village was declared as a distinct historical and cultural destination In the year 1980 AD, all along with its natural beauty, green spaces fill it, and so far the city maintains its colorful houses and old workshops, you have to ride a bicycle and take a walk in the morning to inhale the fresh air and do not forget to buy gifts and take souvenir photos.

Read:Tourism in Gabala, Azerbaijan .. Learn about the most important tourist destinations in the city, “Gabala Azerbaijan” ..

“Palace of Sharwan Shah” .. the most important places of tourism in Shamakhi, Azerbaijan .. 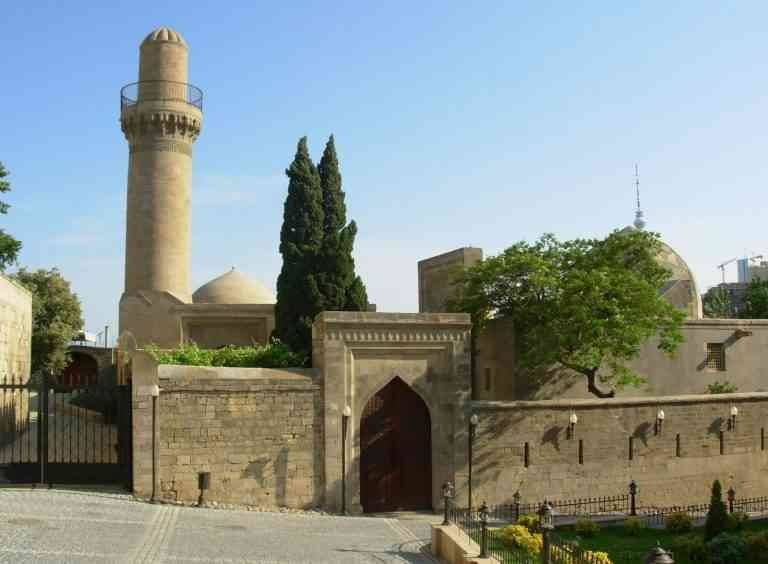 “Palace of Sharwan Shah” .. The most important places of tourism in the Shamakhi of Azerbaijan .. Dear tourist This palace is the most beautiful and most important tourist place in Shamakhi Azerbaijan, it is not only a palace, but the palace includes the most famous mosques in Azerbaijan and a minaret and huge cemeteries, due to its importance The large one is imprinted on the currency in the country, it is believed that the palace is built in a sacred place near the grave of a Sufi. Its inscriptions, it is worth noting that UNESCO z Te to the list of World Heritage sites in 2000.

“Gulistan Fortress” .. the most important tourist attractions in Shamakhi, Azerbaijan ..

Dear tourist, when you visit to the city of Shamakhi, it is necessary to go on a tour to the Golestan Castle because it is one of the most important tourist attractions in the city, the castle is characterized by its strong construction, despite the city’s exposure to about 11 earthquakes, but the castle still has traces remaining, the castle dates back to more than a thousand General, the castle was a fortress of the Shirvans family in the Middle Ages when the country was exposed to wars and is characterized by its strong wall, which has round and square towers, as there is a secret passage for use in escaping and the path leads to the river, do not miss it, dear tourist, because it is one of the most important tourist places in Shamakhi, Azerbaijan . 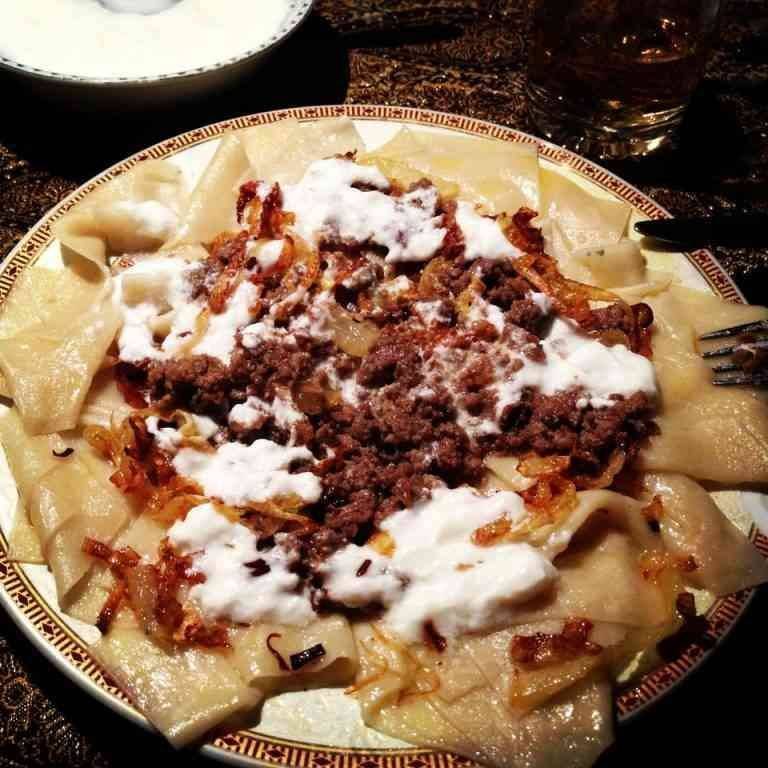 Traveling to Shamakhi, Azerbaijan .. Learn about the best foods and restaurants in the city of Shamakhi, Azerbaijan .. Dear tourist, the most beautiful things that you will like in the city of Shamakhi is the food, the cuisine varies in it to provide traditional cuisine associated with the city from time ago, along with dishes from other kitchens, such as Turkish cuisine, We advise you to eat the “cotp” dish, which is a pie, the filling of which varies between cheese or meat and is one of the most popular dishes in the city. You should also eat the “splash” dish, which is a soup cooked and added to herbs such as dill and coriander, served warm or Cold depending on the season and also the “Lavangi” dish is a Smack or chicken cooked by adding herbs. As for the best restaurants, the “Shervan” restaurant, you should try the “Yord” restaurant. If you love snacks, the restaurant provides it. The “Teliba” restaurant is distinguished by its beautiful flavors and good service.

Green Mubazzarra – your destination for the weekend

What is the capital of Yugoslavia

The most important sights in Bosnia and Herzegovina

The most important tourist and leisure landmarks of the Emirates

Where is Antalya located and how far is it from Istanbul

Tour within the torture museum in Amsterdam

Top 5 activities in the new Acropolis Museum in Athens Greece

10 attractions paint the splendor of Colombia