Tourism in Southampton .. Southampton is a wonderful place where beautiful natural places help you to relax, as it is a vital port that provides many services.

Tourism in Southampton, there is a city of Southampton near the coast of England and became part of England in 1888 AD, it was initially a small village, but since 1959 AD it has become a vital place and has become an official city characterized by its views of the Humpel River. It is one of the largest natural ports The world was also the most crowded in the Atlantic Ocean, as the city witnessed the presence of giant ships such as “Queen Mary” and “Titanic”, and yet it is a busy port and a wonderful place to see ships of various colors and sizes.

Know the temperatures and the best times to visit Southampton. Dear tourists, the climate in the city of Southampton is surrounding, it is mostly warm unlike the rest of the British cities. In the winter we find that the temperatures are not significantly low and the precipitation is acceptable. In the summer, the weather is nice and so you can visit the city At any time of the year to enjoy hiking in its green area, in front of its water bodies, parks and public parks, along with historical places.

The “Old City Walls” .. the most beautiful tourist places in Southampton .. 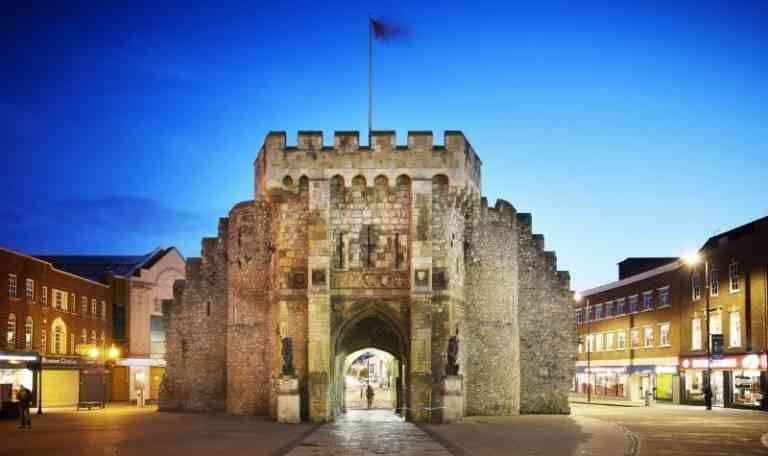 The old city walls, dear tourist The old city walls in Southampton are considered to be one of the longest walls in Britain, and they are one of the most important historical monuments in the city where they were established in the fourteenth century AD and the best place you can see clearly from it is the Western Park and memorial photos must be taken alongside it to remember Those moments are also distinguished by the presence of other tourist attractions alongside it, such as the Wind Tower, which is worth seeing and the “Mayflower” monument located in the south of the walls, as well as Wall House, which dates back to the fourteenth century AD.

“Tudor House” .. the most important tourist attraction in Southampton .. 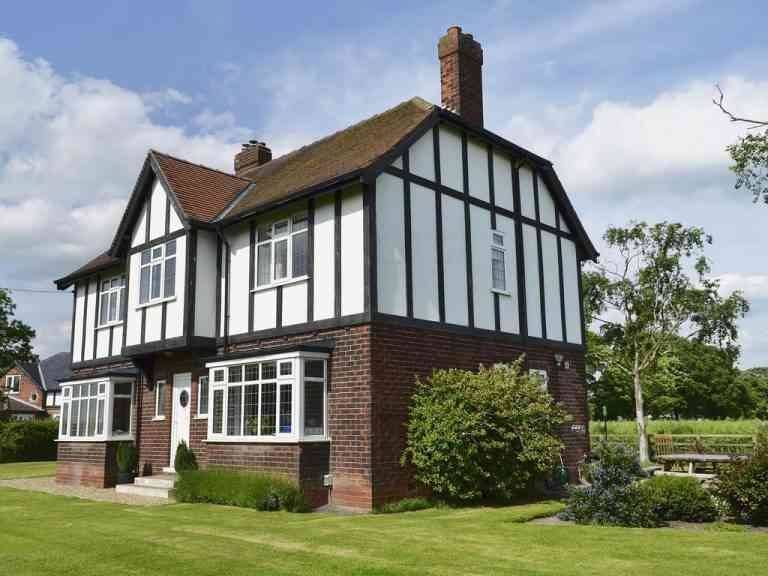 The Tudor House was built on St. Michael’s Square in the fifteenth century by a wealthy family at that time and now it serves as a museum open to the public to enjoy watching the Victorian and Edwardian holdings and also holds international exhibitions that display to the public holdings of more than 900 years of Time is like fine art, medieval archaeological finds, Victorian jewelery, and also Georgian.

Dear tourist, as we explained, the famous Titanic ship in its first and last trip left from Southampton port heading for New York, so this location has sites associated with the ship and provides visitors with obtaining maps of it, there is near a memorial that honors the ship’s engineers who number to 350 engineers and a memorial to musicians.

“Beaulieu” .. the most important places of tourism in Southampton .. 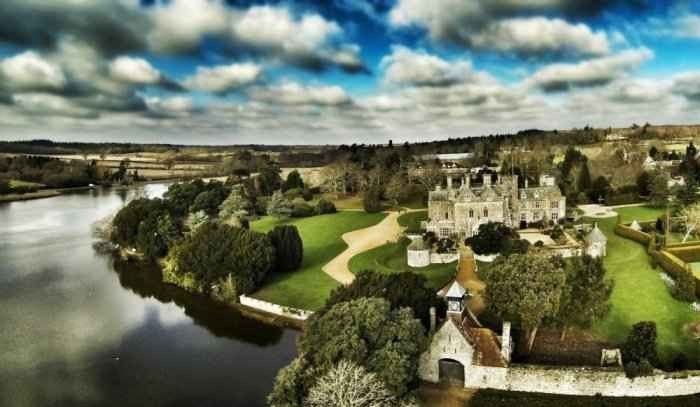 Polio is located about 14 miles from the center of Southampton, and we recommend that you visit it, dear tourist, to enjoy seeing many important tourist attractions that are liked by tourists from all over the place, such as the Auto Museum, which includes wonderful collections such as the official collection of James Bond cars, along with many famous cars that have been Use it in the most famous international films. So it is a great destination for car lovers. Also, you should visit the Palace of the House located in the town to pick up memorial photos next to it because it is a distinguished historical landmark since it was established in the thirteenth century AD and is also distinguished for its beautiful gardens. Dedicated lanes for hikers. 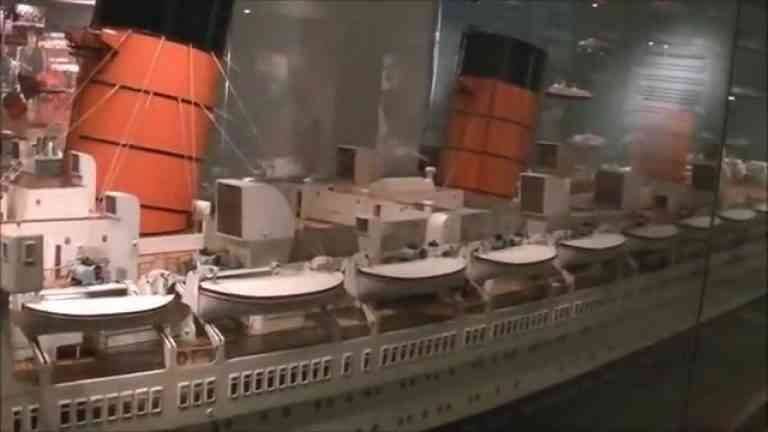 The C City Museum is considered one of the best museums in the city and the museum tells us the story of the people of Southampton and their role in the maritime history of the country and tells the story of the famous ship “Titanic” and sailed from the port in 1912 AD on its first trip, but it sank, the museum explains what happened to it, there is At the museum, the Southampton City Art Gallery displays some 3,500 artworks of the largest and most famous British artists from 1750 to the present time so it is a great tourist destination for art lovers.

Dear tourist, the Solent Ski Museum is one of the best museums in the city, when you visit it you will be able to see many photos of all kinds of vehicles along with 19 flying machines, and the best collectibles are also the Sandringham boat and the Supramarin plane that won the Schneider Cup in the thirties of the last century. .

The “SS Shieldhall” ship .. the touristic places in Southampton .. 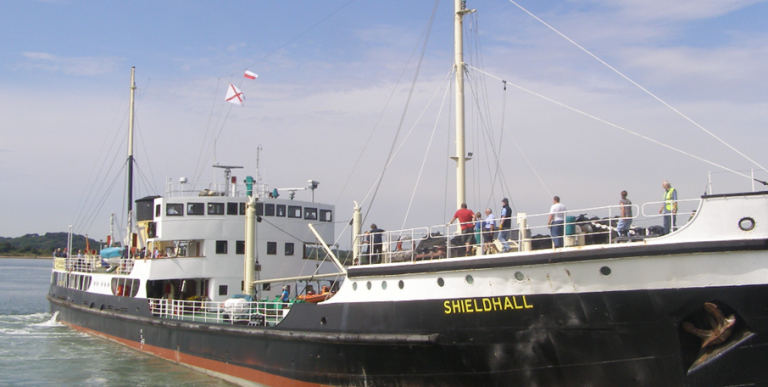 The SS Shieldhall, the SS SS Shieldhall, is an important part of Britain’s historic national fleet. It is the largest ship of its kind in Europe and was established in 1954 AD. It has also been restored several times. This ship witnesses many events, so it participates in the Southampton Maritime Festival that takes place for two days. Every summer.

“The Old Town and Bargett” .. the best tourist places in Southampton .. 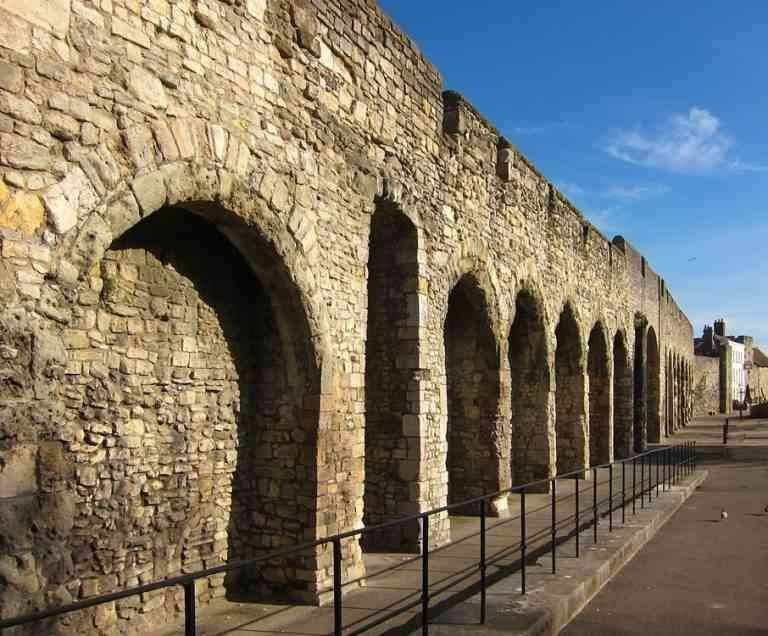 The Old Town and Bargett is located in South Southampton and we advise you to visit it, dear tourist, because it includes many historical places that are worth a visit and which have been associated with many celebrities, such as William Al Fateh, William Shakespeare, Henry V and Jane Austen, you should see the famous Bargett Gate, which has been established for more than About 800 years ago they went to become the entrance to the city and you have to take memorial photos next to it and now it serves as a wonderful background next to various events and artistic events and exhibitions and you have to buy souvenirs from the old city.

Dear tourist, do not miss to go to it when you are in the city to enjoy watching the various marine tools, especially fishing tools known to man from the foot and until now, in addition to the various designs of ships. 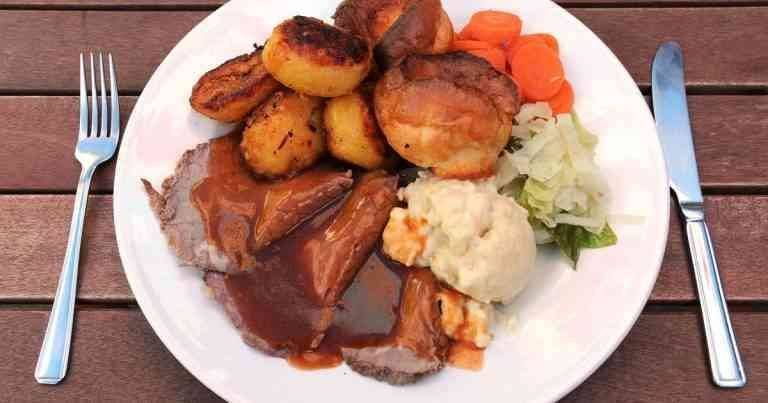 Learn about the most delicious cuisine and the best restaurants in SouthamptonThe kitchen in the city of Southampton is distinctive as it offers different types of dishes with multiple flavors We advise you to try the “black pudding” dish, it is one of the most delicious dishes and is a roasted or boiled hot dog and of course, try the “Kippers” dish which is Smoked herring and has origins in English history, so the soldiers lived on it during the war. As for restaurants, the city has many local restaurants and also restaurants for other countries, we advise you to visit the Turkish restaurant “Uni Kebab Southampton”, which offers delicious Turkish halal food and one of the best restaurants Also “Uptons of Bassett” ” It serves gluten-free dishes and the “Piecaramba” restaurant is suitable for vegetarians.

Tourism in the city of Waterford Ireland: and 10 of the tourist places in Waterford ..