Things you should know before traveling to Azerbaijan

The beaches of italyn Apulia

Places worth visiting in Spanish Malacca … 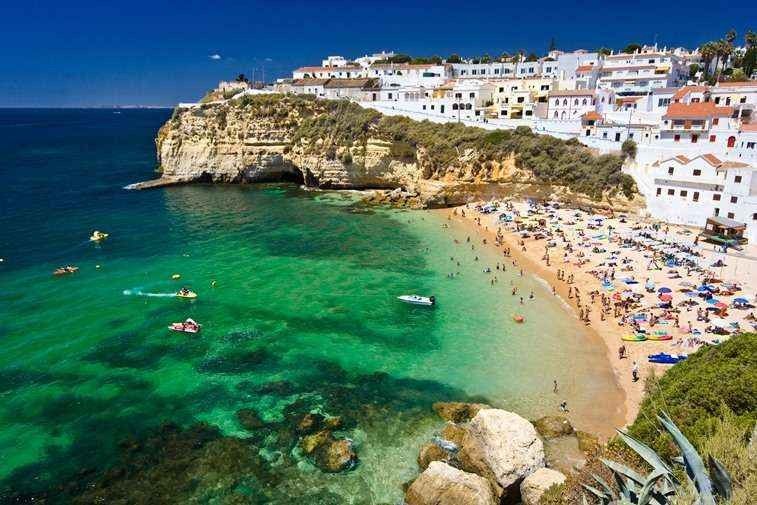 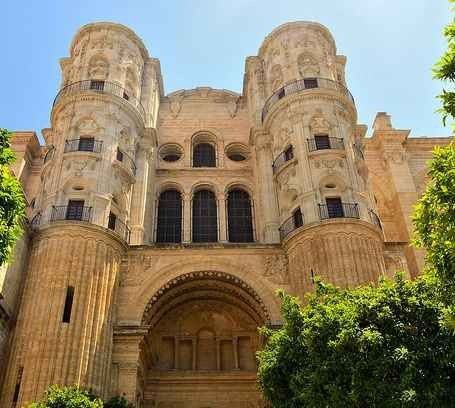 “City Museum” .. It is one of the most important tourist places in Malaga, Spain, and it occupies a vital location within the “Kasbah”, and through it you can know the history of the city and its events. By being in the City Museum, you can enjoy watching dozens of artifacts, along with The monuments of the “Islamic” and “Middle Ages” period, and the museum is distinguished by its wonderful design, which indicates the elegance and grandeur of the city’s architecture.

Read:Here is the most beautiful and best places to stay in Madrid

“The port” .. one of the most beautiful places of tourism in the Spanish Malacca .. 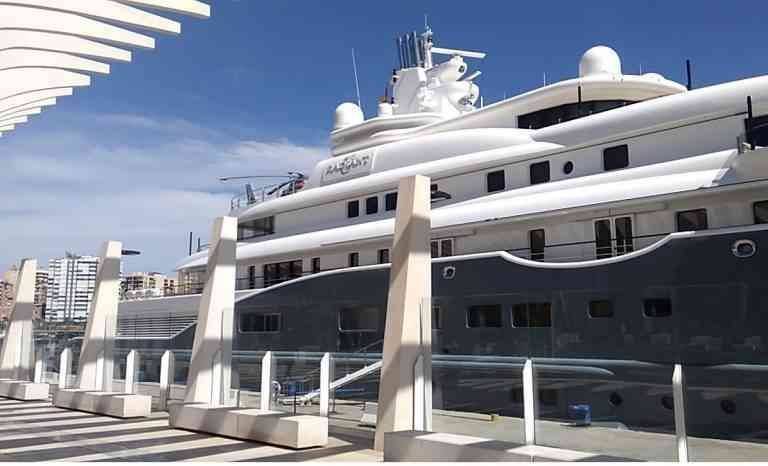 Do not miss to go to the “Casbah” .. when traveling to Malaga, Spain .. 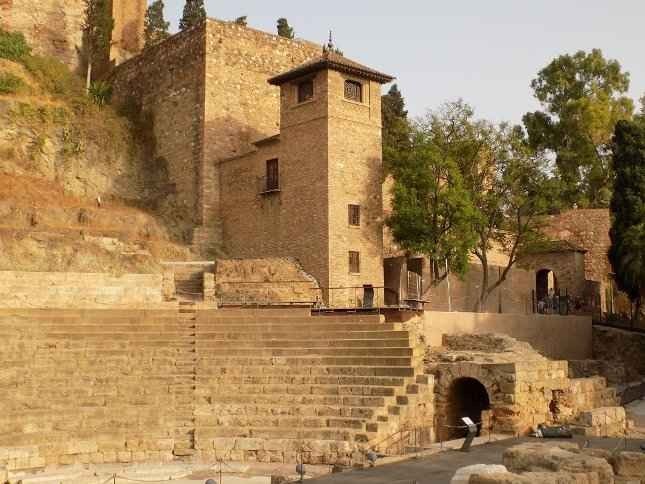 Do not miss to go to “The Kasbah” .. When traveling to the Spanish Malaga..The “Kasbah” is one of the best tourist attractions in the Spanish Malacca, and it occupies a vital and distinctive location above one of the Romen fortresses, and the history of the construction of the “Casbah” dates back to the eleventh century AD The Kasbah is very popular among tourists, and they are keen to go to it when traveling to the Spanish Malaga, and the Kasbah includes a large number of tourist attractions, there you find fortresses and towers, where the Kasbah was used in the past for the purposes of protection and defense of the city from any external attack, and you cannot miss a tour Distinctive to discover the secret squares and distinct paths .

Read:Tourism in Seville .. Find out the most famous tourist places in the most beautiful Spanish cities.

Castle “Gipper Alvaro” .. one of the most important tourist places in Malaga, Spain .. 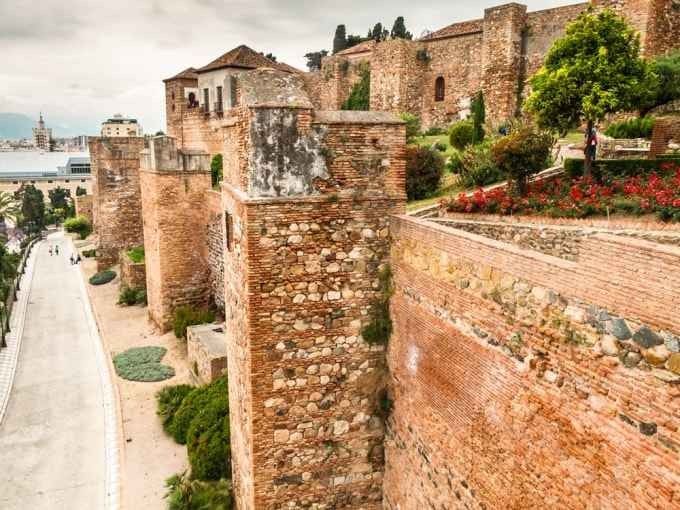 Castle “Gipper Alvaro” .. one of the most important tourist places in the Spanish Malacca .. The castle occupies a great tourist importance, thanks to its vital location on top of the hills, and provides you with a charming view of the rest of the tourist places in Malacca. And by being in this distinguished castle, you can see the sights of the city from The highest point, and the castle is very crowded, and opens its doors for visitors from nine in the morning until eight in the evening.

The castle includes wide arenas that host “bullfights”, and there you enjoy watching the most beautiful shows, and outside you find a distinctive garden that makes you feel relaxed and relaxed. Because of its location on top of the “Al-Manara” mountain, the castle provides you with a quiet and romantic atmosphere among the trees, the most famous of which are “pine” trees, and also includes a number Large of the most beautiful fountains at the entrance to the castle. Take memorial photos of the castle buildings and walls, which are characterized by great design and distinctive reliefs, and resemble the “Alhambra” Palace, to a large extent, and the castle includes a group of cannons located inside the garden.

Read:Learn about the best halal restaurants in Barcelona

“The old city” .. one of the best places for tourism in Spanish Malacca … 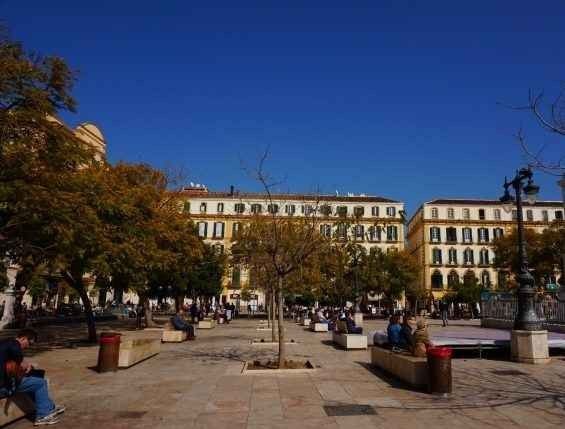 “The old city” .. one of the best places of tourism in the Spanish Malacca … It is distinguished by the inclusion of the most beautiful archaeological buildings, and large squares that include shops that provide you with all the raw materials and goods, and the city is characterized by its vast streets and roads, which are decorated with archaeological inscriptions and delightful lighting. Spanish also includes cafes that provide you with your favorite drink, and your presence in this distinguished city makes you feel the history of Malacca and its ancient civilization.

“Romen Theater” .. one of the best places to entertain in Malaga, Spain … 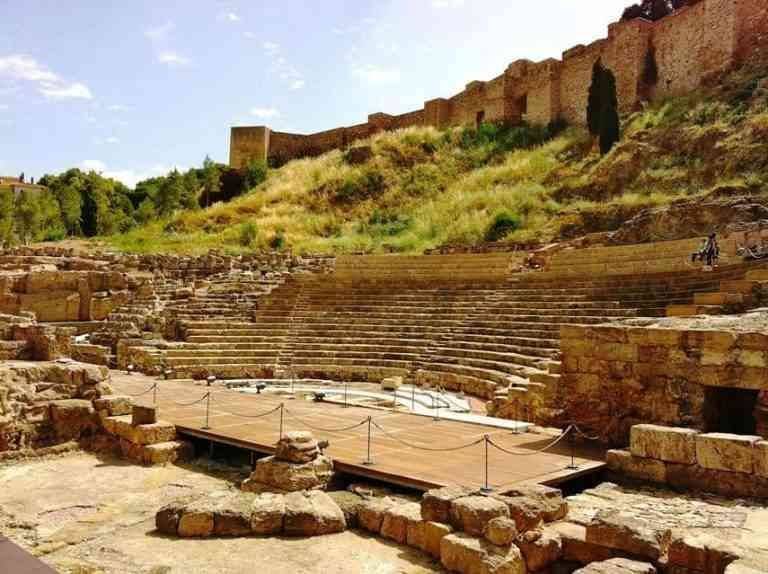 “The Romen Theater” .. one of the best places of entertainment in the Spanish Malacca… The “Romen Theater” is one of the most beautiful tourist places in the Spanish Malacca, and it occupies an attractive location above the “Alcazaba” fortress, and witnesses a wide turnout of visitors. The theater is characterized by being the most beautiful in the city Malacca, which is the oldest theater built in the city, and made it an important cultural center in Spain, and receives tourists throughout the year, and is characterized by its large area that accommodates about “220” spectators.

The best tourist activities in the “Romen Theater” .. 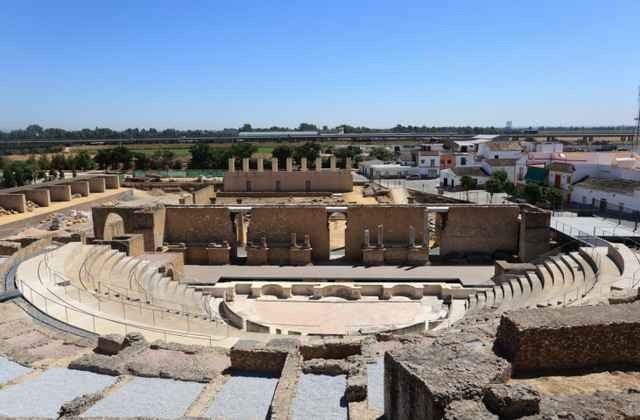 The best tourist activities in the “Romen Theater” .. The theater is one of the most beautiful tourist places in Malacca, and it is an ideal place for family outings, and includes historical stands built centuries ago, and there you enjoy watching the most beautiful art and theatrical performances. The “Romen Theater” opens its doors for visitors starting from Ten in the morning until six in the morning, in the period from “Tuesday to Saturday”, and the rest of the days open its doors at ten in the morning until four in the afternoon, and his official leave on “Monday”.

The village of “Nerja” .. one of the best places for tourism in the Spanish country of Malacca .. 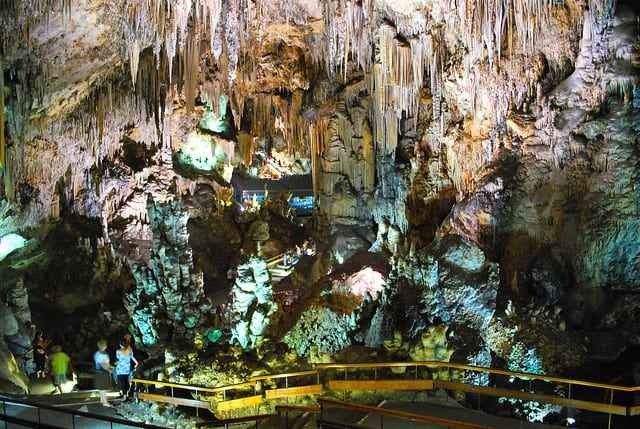 The village of “Nerja” .. one of the best places for tourism in the Spanish Malaga..It is one of the most beautiful tourist cities in Malacca, and it occupies an attractive location in the east of the city, and there you find the distinctive “Nerja” cave, which provides you with a distinct view of the rest of the city’s landmarks thanks to its presence Up the hills. The “Nerja Cave” is considered one of the most important tourist attractions in Malacca, and it consists of a large number of small caves that are located below the surface of the earth, and there are enjoying seeing the most beautiful selection of “limestone”. Thanks to this great discovery, a group of young people were walking Behind the bats to discover that they were taking caves for them, as in 1959 AD Annexation of the caves “Nerja” distinctive statues and sculptures, along with the skeletons of extinct animals.

Things to do in Nerja Caves. 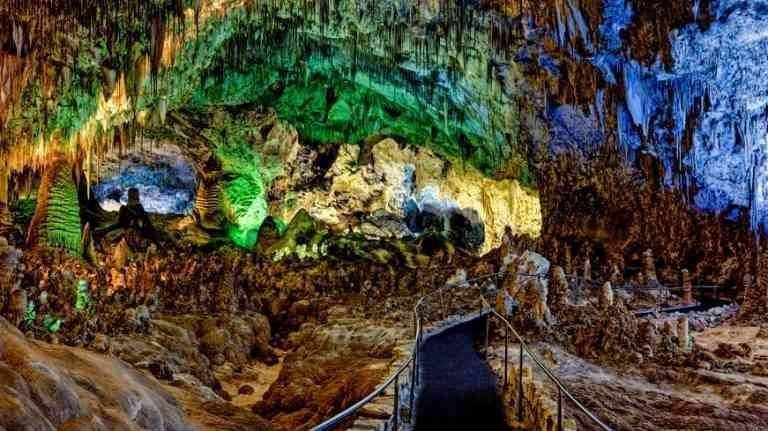 Tourist activities in the “Nerja Caves” .. By being in the “Nerja Caves” you can take pictures of the cave and its memorial for the young people who discovered the caves, and the monument was built in the form of a large statue of one of the largest rocks and embodies the rise of young people to the top of the rock and discover the cave. While you are in the cave, you must be careful, and do not exceed the permissible limits, for the existence of excavation works inside the caves, you must tour the first third of the area of ​​the caves of “Nerkha”. For extinct animals, the cave hosts theatrical performances The most important of them are “ballet” shows. Bring your children early in the morning to see their entertainment shows, and take souvenir photos of the contents of the cave. The cave opens its doors to visitors, starting from nine in the morning until three in the evening.

“Soho District” .. It is an ideal place for art lovers, there you find the most beautiful paintings and drawings, and the neighborhood includes the artworks of the great artists, and the walls there are decorated with the most beautiful “drawings” and scenes depicted distinctively, and we advise you to visit art galleries organized by museums in Malacca, and you should go to a museum “Picasso”, “Georgi”, in addition to the “Pompidou” Museum.

Search for antiquities of Egypt

On the occasion of the Cannes Film Festival 2022 .. Get to know the French Riviera

Top 3 activities in the alphabet tower of Batumi Georgia

The best 8 activities in the Marina Mall, Riyadh, Saudi Arabia

A tour of the old city of Dubai