Tourism in Spanish Valencia .. Valencia is considered one of the most important Spanish cities, and it is one of its largest cities. It occupies the third position, located in the eastern coast of the Mediterranean. 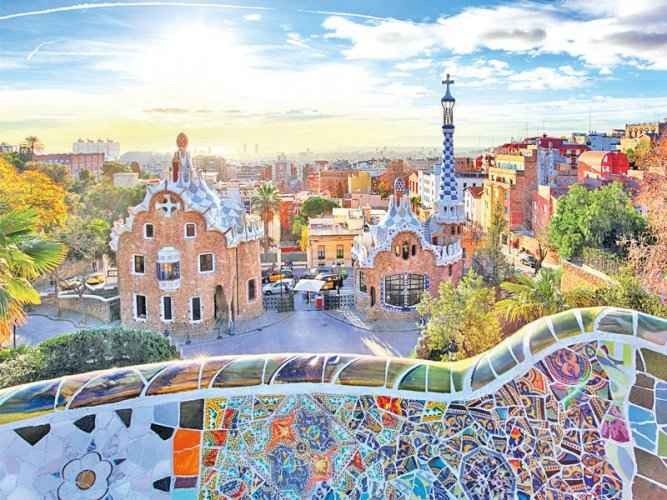 Learn the best times to visit Valencia, Spain. Dear tourist, the Spanish city of Valencia enjoys a Mediterranean climate, and we find that most days of the year are pleasant, we advise you to visit it especially in the spring from March to June, when the temperatures are suitable for hiking, but the city is crowded At this time of the year because it is the peak of the tourist season, you can go to it also in the period from August to October, if you are a fan of going to the beaches and some tourists go in the winter season, but the numbers are few so go to it in the winter if you want to get the lowest cost Because the hotels And airlines offer different discounts and offers.

“The old city” .. the most important tourist attraction in Valencia, Spain .. 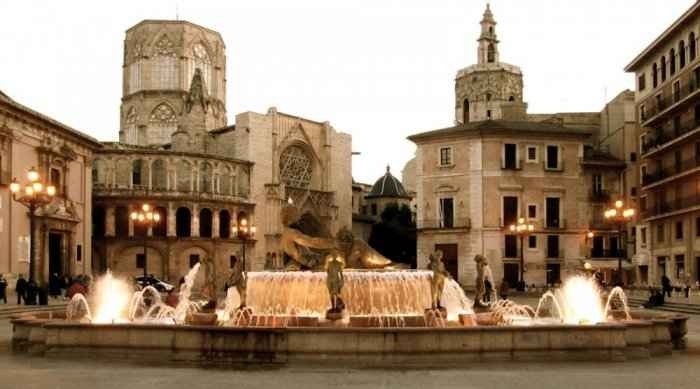 Dear tourist, you should visit the old part of the city, as it is one of the best places to take a walk in it. It has landmarks dating back more than 2000 years, during which various civilizations such as Roman and ancient Islamic civilization passed through, when you go to it you will feel calm where the past atmosphere that makes you come back in time, characterized by its buildings The old and its unique architecture, as it is filled with gardens and squares, sit with one and have a cup of coffee with delicious baked goods, and you will certainly enjoy wandering the small streets that are spread over its sides, shops, so I buy local products, especially handicrafts that indicate History and culture of the city and a large mosque in the street Palencia No. 5.

“City of Arts and Sciences” .. the most important places of tourism in Valencia, Spain ..

City of Arts and Sciences Dear tourist, if you are interested in art or science, you should visit this region to feel that you are in the world of space, not the earth, and this is due to its wonderful design that makes you feel so, and you will learn a lot about the world of space and other sciences besides the arts The various, an area of ​​about 350 thousand square meters and built by the famous architect “Santiago Calatrava” and you have to see the planetarium and enter the 3D cinema. 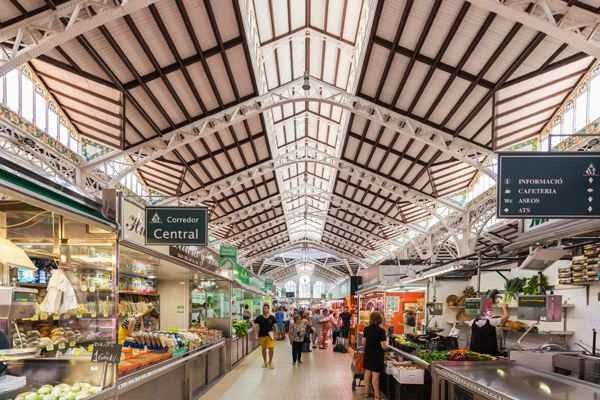 Mercado Central, dear tourist, is one of the best leisure activities that you can do when going to Valencia. Spain is shopping from the central market, it is one of the oldest markets in Europe and still works so far and is characterized by its beautiful architecture and with it you will find food products such as meat of all kinds, fruits and vegetables In addition to beautiful souvenirs such as clothes, bags, accessories and other products, you should also visit Patriarca Square as it contains a lot of shops that display beautiful local fashions. Also, you should visit “Christopher Columbus Street” because it has a large number of Various trade marks and Mercado de Cologne “, but shopping them at exorbitant prices.

“The beaches of Valencia” .. the most beautiful places of tourism in Valencia, Spain .. 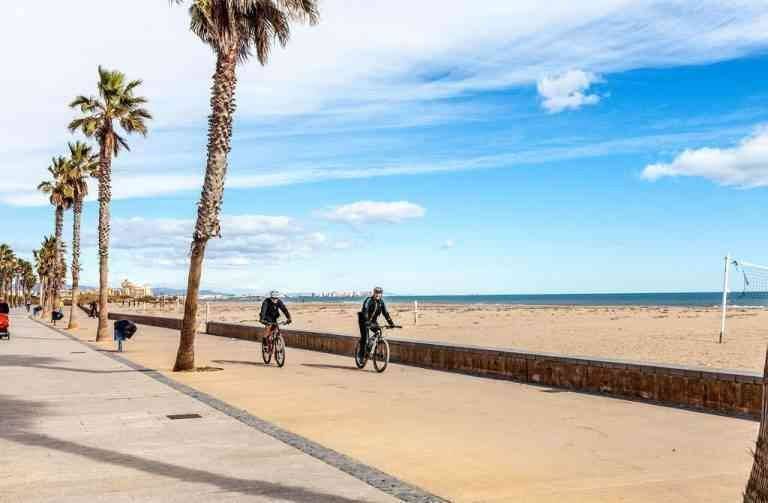 Beaches of ValenciaThe beaches in Valencia are considered one of the best options for spending beautiful and enjoyable times, and these beaches are characterized by their presence near the city center, so going to them is not difficult, but you can use public transportation to go to them, when you go to it you will enjoy relaxing on the sand and in front of you the clear sea water and you can swim and dive to see marine creatures Of fish and coral reefs and you have to go on a boat cruise to catch a fish and get to know the surrounding places, “Playa de Salire” is considered one of the best beaches.

Dear tourist, one of the best entertainment activities is shopping from the popular markets in the city, due to the presence of distinctive local products in it alongside the street vendors and kiosks selling local food. Among the most important of these are the Plaza de la Merced and Central. 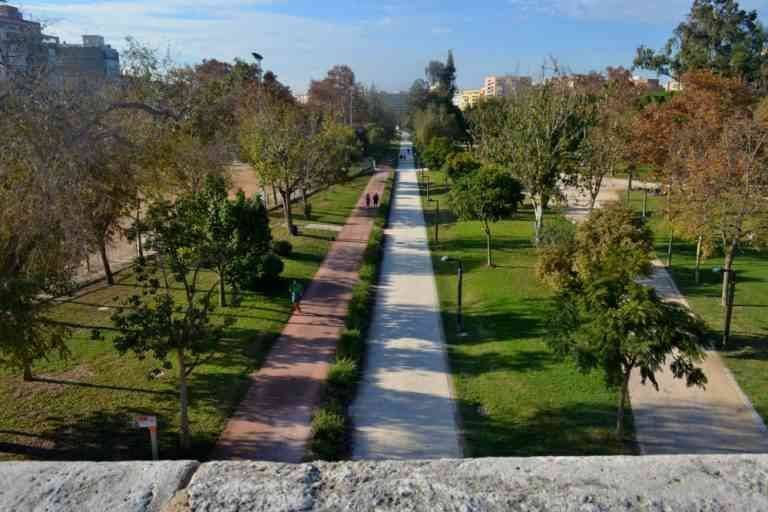 Del Turia Garden Turia Gardens Go to it, dear tourist, to spend a beautiful time in a calm natural environment among plants and the outdoors, the park extends for a distance of about 9 km and the garden is an ideal destination for family trips because it is suitable for children so you can play football with them or run and ride bicycles and play among trees and flowers and when Feel hungry, have a meal and drink from one of the cafeterias in front of the artificial lake and fountains. 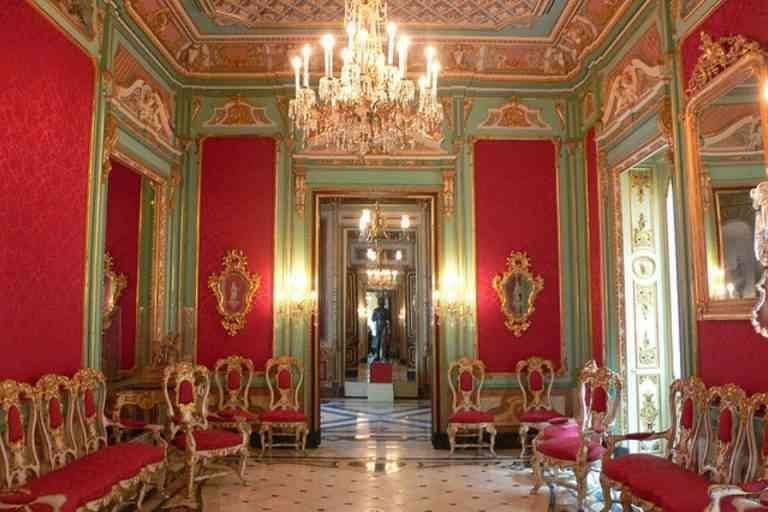 Ceramics Museum The museum is interested in displaying the history of ceramics, as it will include a collection of collections such as colored ceramics and engraved pottery. It is worth noting that the museum is free for those under 18 years of age or over 65 years and the rest of the ages are $ 20.

It is considered one of the best tourist places in the city, it is characterized by the presence of an ornate fountain in the middle of it and it has a wonderful shape when it lights up at night. It also has buildings dating back to the Roman eras and by which various festivals are held and by which you can monitor the local people and learn about their customs especially that they are friendly and they will welcome your help if you need to do so, they are distinguished An important historical and cultural destination along with its natural beauty.

Valencia is vibrant, day and night, as it guarantees you to spend a special evening and provides places for evening that suit families so you should go to the main streets in them to find stores showing their products and musical groups playing the most beautiful music tracks and you can dine in one of the restaurants, also Valencia is famous for organizing a group of festivals expressing their customs and traditions Among the most important festivals of the festival, “Las Faias”, in which thousands participate, and is held in March of each year. You cannot miss watching the sunrise in front of the beach, especially because there are places of entertainment open until the morning.

Traveling to Valencia, Spain .. Learn about delicious food and the best restaurants in Valencia .. 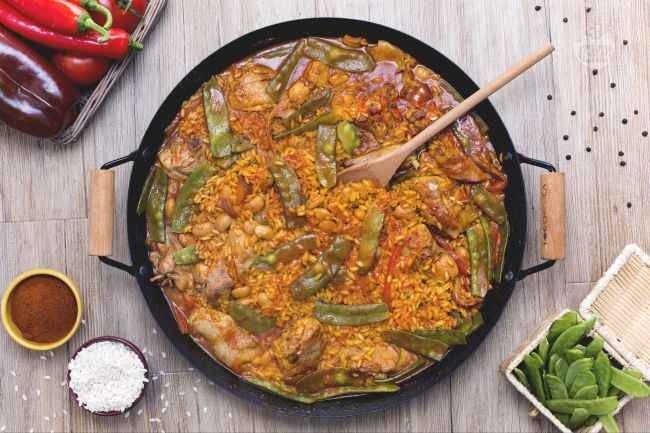 Learn about the most delicious cuisine and the best restaurants in Valencia You should try to eat paia next to an orange drink and also the “paella” dish. It is the most famous in the city and its history dates back to the rule of the Arabs in the city. Those who brought rice to the city and do not miss a drink “Horchata” is one of the most famous traditional drinks and was prepared first in 1835 and you will find it in any City debtor It consists of milk added to the dates, nuts and sugar.

Tourism on the island of Symi in Greece .. Find out the most beautiful places in Simi island ..