Tourism in Tanzania .. the tourist guide for the most beautiful tourist places in Tanzania …

Tourism in Tanzania .. Tanzania enjoys having many magical natural places in addition to historical places, it is one of the best tourist destinations in Africa and the world.

Traveling to Tanzania .. Know the climate and the best times to visit .. 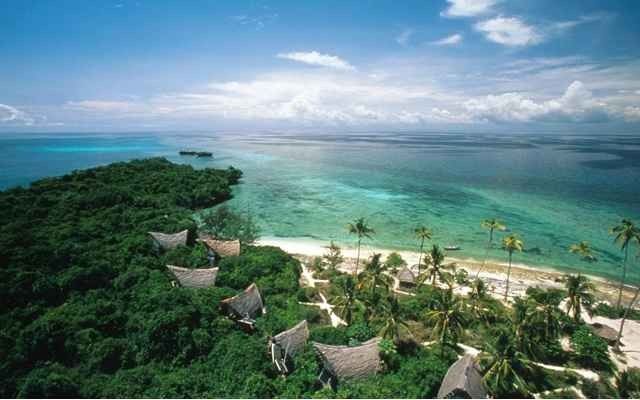 Traveling to Tanzania .. Know the climate and the best times to visit..Tanzania is a humid tropical climate so temperatures and rains rise in coastal places and the temperature drops in the highlands and interior places and the average annual temperature is 26 degrees Celsius, we advise you to visit Tanzania in the period from May to September For a week. Also read: Tourism in Rwanda .. Learn about tourist attractions

Selous Reserve is the best tourist place in Tanzania. 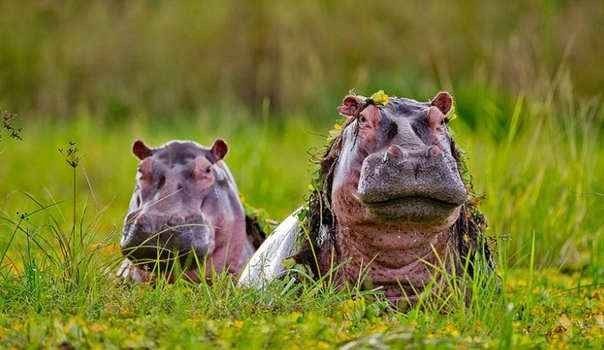 “Selous Reserve” .. the best places for tourism in Tanzania .. It is considered one of the most beautiful places in Tanzania, it is one of the largest reserves, as it includes various types of animals such as elephants, lions, hippos, gazes, tigers and leopards, so tourists go to them especially safari and adventure lovers for walks around and you can also rent Boat and take trips in the river overlooking it.

“Jozani Forest” .. the most beautiful tourist places in Tanzania .. 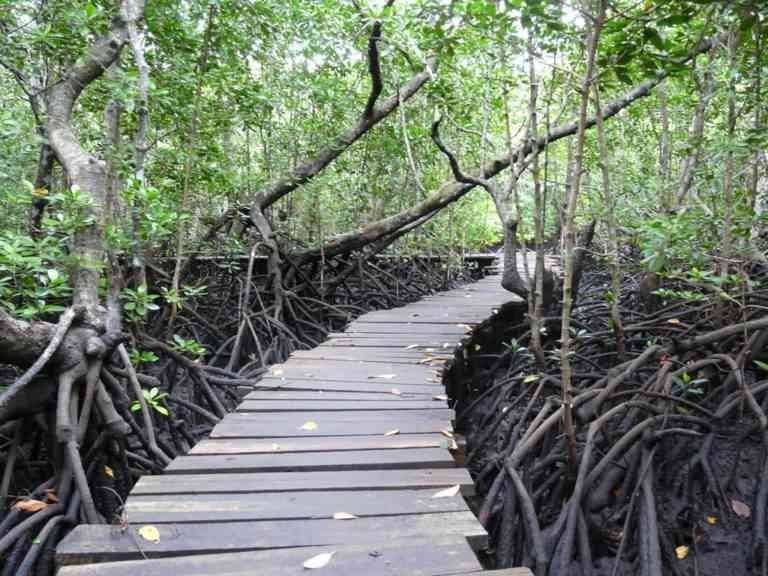 “Jozani Forest” .. the most beautiful places of tourism in Tanzania .. It is one of the most famous and most beautiful forests in Tanzania and is characterized by its wide area and its contain of different animals, including what is rare along with different types of birds, which number up to 40 birds and there are wonderful colorful butterflies, which number about 50 species, we advise you, dear tourist, to go for a walk amongst the intertwined tropical trees interspersed with monkeys and enjoy watching the magnificent view of the Indian Ocean coast and to see the marine creatures in it such as fish and dolphins as there are swamps where amphibious animals live and if you feel the atmosphere With you can eat delicious Tanzania food in the cafe located in the forest and it is worth noting that you must visit it through tours organized by the forest in order for a guide to be with you, the forest begins to work every day from 7:30 in the morning until 5 in the evening As for entry fees cost $ 5 For children and 10 US dollars for adults. Also read: Tourism in Gabon .. Learn the most beautiful tourist places

“Lake Minyara” .. the most important places of tourism in Tanzania .. 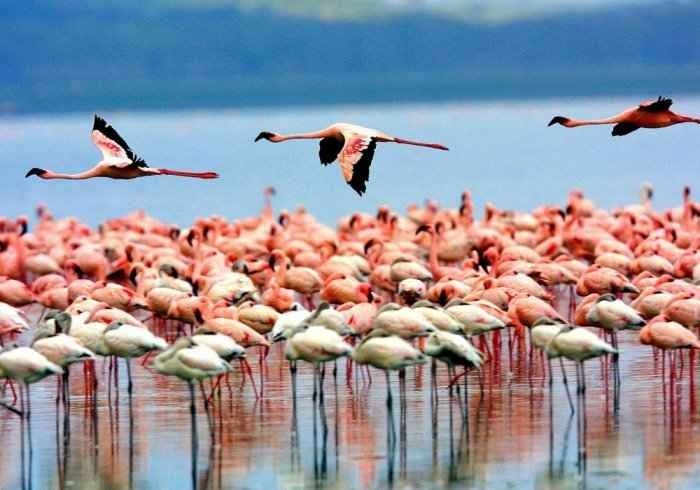 “Lake Minyara” .. the most important places of tourism in Tanzania .. wildlife lovers go to it, where hundreds of different local and migratory birds gather around it and there are 300 species as there are animals such as hippopotamus, elephants, gazelle and giraffes also you can ride boats to enjoy their water and from Around green or fishing and swimming, it is sure dear tourist that you will spend a special time.

“Stone Town of Zanzibar” .. the most important tourist attractions in Tanzania .. 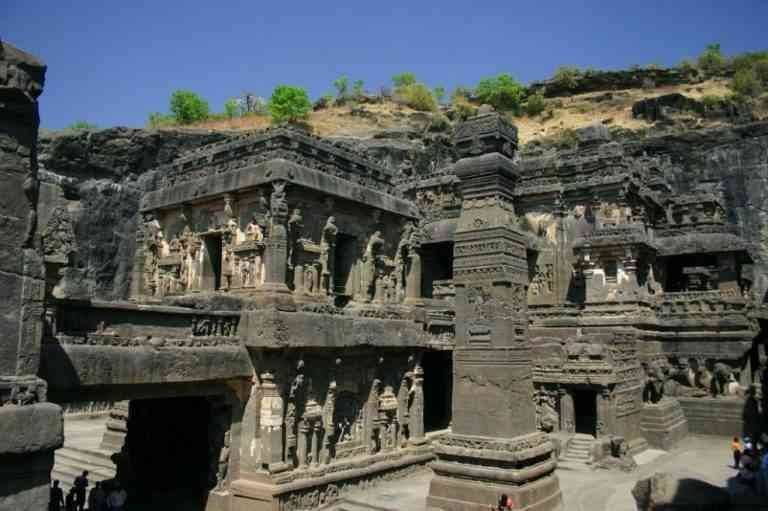 “Stone Town of Zanzibar” .. The most important tourist attractions in Tanzania..It is an ancient archaeological area on Unguja Island in Tanzania and it is one of the most beautiful tourist destinations, so it was included in the World Heritage List and dates back to the nineteenth century and is characterized by its ancient architecture as it is surrounded by water from everywhere and crosses the city For a number of civilizations, such as European, Indian and Arab, and it was in the past a center for the slave trade. We advise you to visit it to roam its streets and see its stone buildings. You should visit the seventeenth century old fortress and the Palace Museum, a place dedicated to rulers in various eras of Tanzania and includes paintings and furniture that indicate culture The history of the city and the most beautiful places in the city also Foraudhany garden Overlooking the sea and the established markets for the sale of grilled fish Among the most famous landmarks mosque “Malindi” There is in the city center and it is also baths Persian back to the nineteenth century also. Read: Tourism in Guinea .. you know the best places tourism 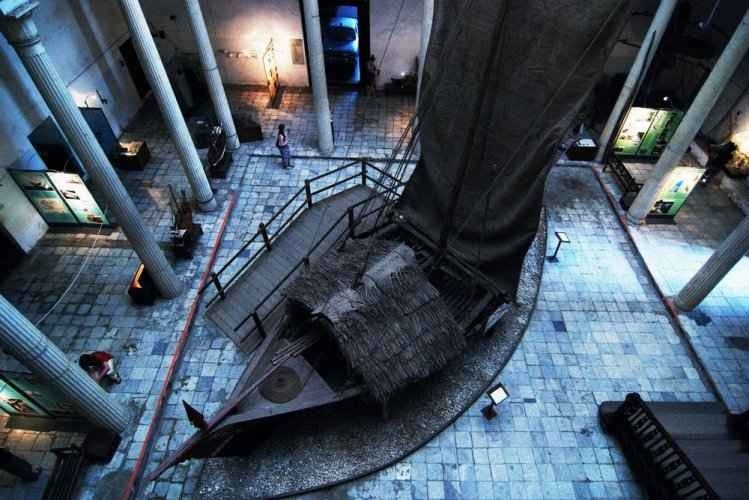 “House of Wonders” .. The best tourist attractions in Tanzania .. It is considered one of the most famous tourist places in Tanzania in the city of Zanzibar, it was built in 1883 AD and its name is returned because it is the first house that electricity enters into the city and it was in the past a house for rulers and now it is a museum that includes holdings Sultans of jewels, furniture, clothes and drawings for rulers and important people, we advise you to visit it to see these wonderful monuments, and there is an old ship in the middle of the ship and tools for hunting that you cannot miss in addition to cannons bearing writings in Portuguese on the outside square. The house also organizes many artistic and cultural celebrations. Top 6 Tanzanian shillings, and for young 4 Tanzanian shillings. 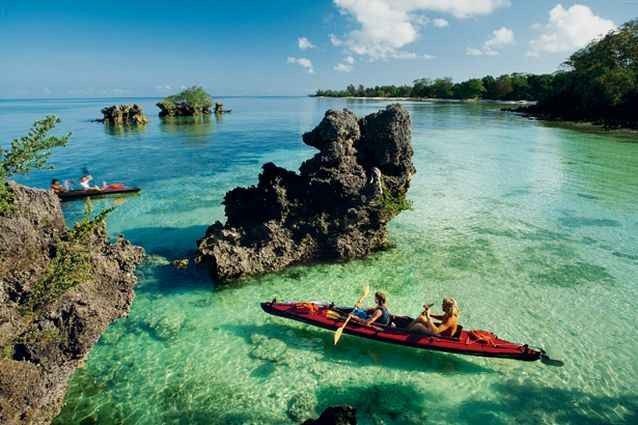 “Pemba Island” .. the tourist places in Tanzania .. one of the most beautiful tourist destinations and is one of the most beautiful islands in Tanzania where the white sand is called the green island for the spread of green spaces in it and it is a small island with many coral reefs and various marine creatures such as fish and a kind of rare turtle And tourists go to her to spend fun times swimming, diving, boat rowing, windsurfing and other water activities.

“The National Museum” .. Tourist places in Tanzania .. It was opened in 1940 and was established as a memorial in commemoration of George V, one of the rulers of Tanzania. The museum displays to visitors the history of Tanzania through its effects such as fossils, antiques, jewelry and music tools in addition to clarifying the impact of slave trade and colonialism on The country is helping visitors learn about the tribal lifestyle in Tanzania. 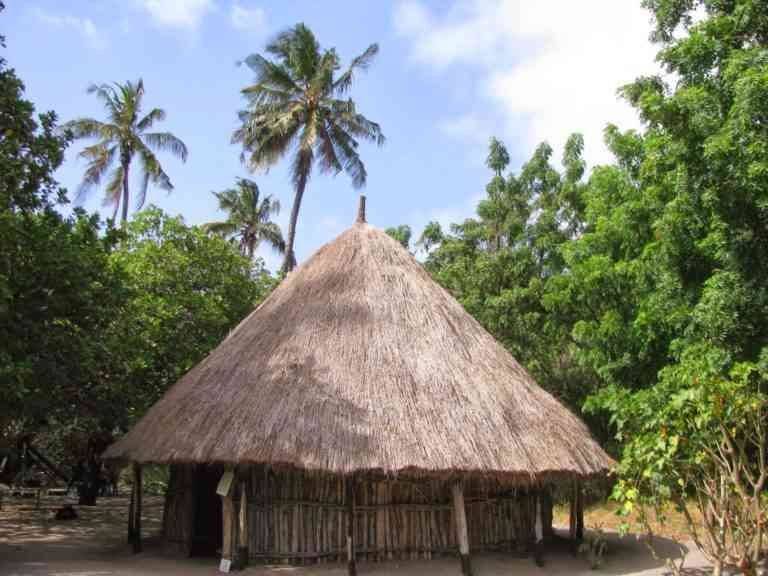 “Village Museum” .. The museum displays the traditional dwellings of the different ethnic groups that lived in Tanzania by way of annexing them to true homes in addition to the presence of various crafts, sculptures, drawings, and textiles. The museum organizes a number of festivals of dance, folk music in the region, and other cultural activities. 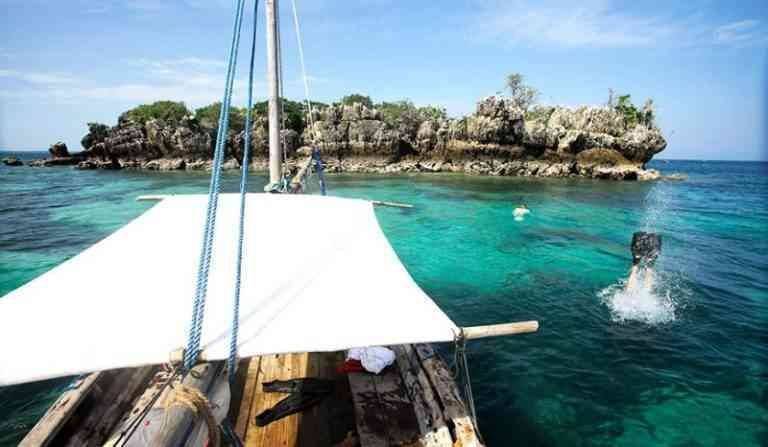 “Mafia Island” .. the best tourist places in Tanzania .. If you are a fan of diving, do not miss to go to the island of Mafia, it is one of the most suitable places for practicing diving hobby, it contains a variety of marine creatures of coral reefs, algae, colored fish, sea turtles, octopuses and dolphins. As for its beaches are rich With green areas of herbs, palm trees, coconuts, papaya and mango trees, and the most beautiful islands also, “Changwu Island”, it is home to turtles up to 200 years old, and you will enjoy swimming and playing various water games. 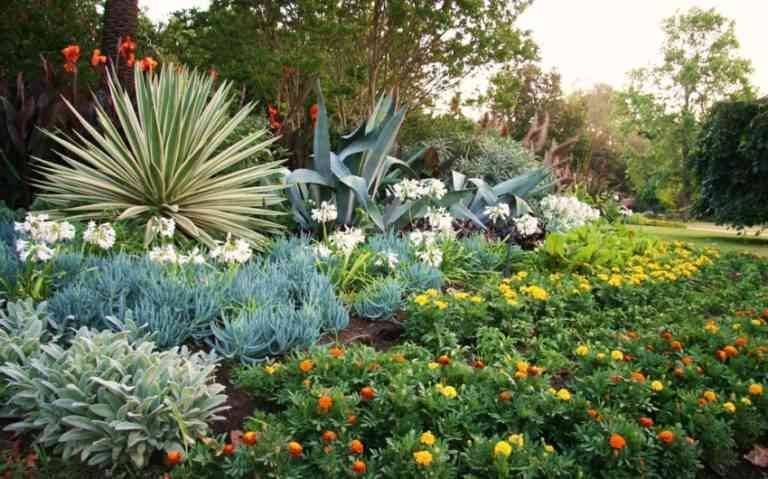 “Botanical gardens” .. Tourist places in Tanzania .. It is considered one of the most beautiful gardens in Tanzania and is located in Dar Al Salam. It was established in 1893 AD by agricultural researcher Stuhlmann and we advise you to visit it to see different plants such as scarlet flame trees, purple bougainvillea and palm trees, it is certainly dear the tourist. You will enjoy this atmosphere where the open air and vegetables renew the activity and relieve the soul from the pressures of life. There is also a group of tourist places such as “Old Puma” which is one of the oldest buildings, was established in 1866 AD to receive the guests of the Sultan and is characterized by its beautiful architecture in terms of simplicity and sophistication . 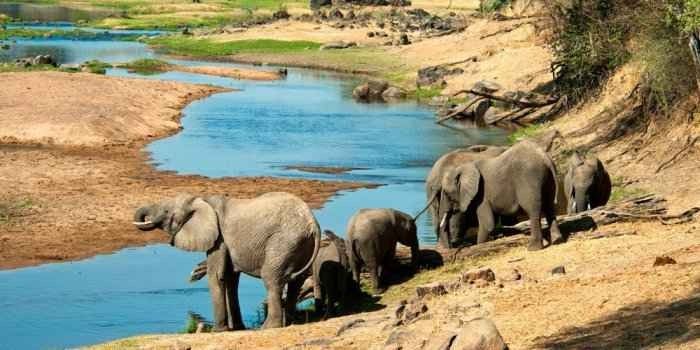 “Rowaha National Park” .. If you love watching wildlife, you should visit Rawaha National Park which is located in the heart of Tanzania and it is one of the largest parks and there are many predators such as lions and tigers and pets such as giraffes and antelopes and elephants and one of the most beautiful parks is also the “Taranger” park Al-Watania ”It is smaller than its narrators, but it is home to birds, as the number of birds reaches 550 species, in addition to animals such as elephants and lions, and it has many baobab trees alongside the amazing ant hills. 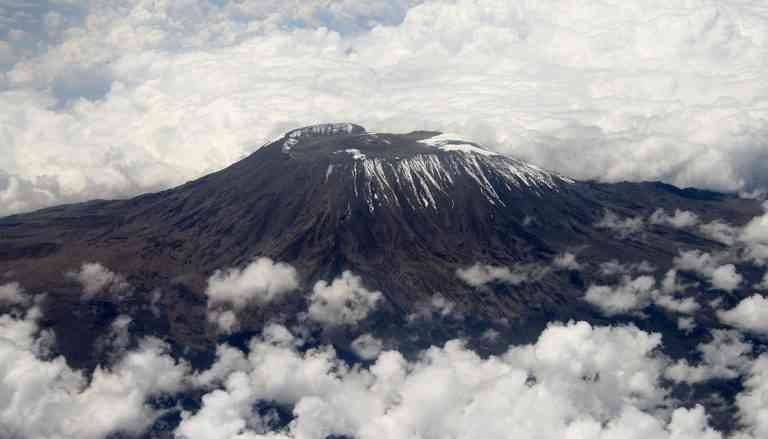 “Kilimanjaro” .. Tourist places in Tanzania .. Kilimanjaro is an active volcano in Tanzania and is characterized by its height, it is the highest summit in Africa, where it reaches a height of 6 km above the sea surface and the snow covers its summit despite its presence near the equator so it is a distinctive tourist destination For lovers of mountain climbing and provides a wonderful view of its savannah plains, which is a UNESCO World Heritage Site. Also read: Tourism in Ghana .. Your guide to spend a tourist trip 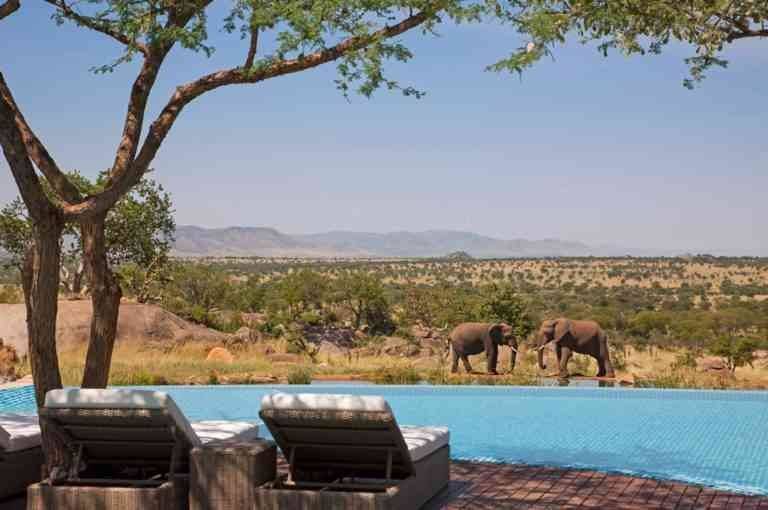 “Serengeti Park” .. one of the most famous gardens of Tanzania and receives many safaris due to the enjoyment of a beautiful wild life represented in the green spaces and wild animals, especially zebras, as animals migrate to them so you cannot miss the memorial photos beside the flocks of migratory animals and there are seats and places designated for tourists so it provides them Great view of the animals, as they roam freely in front of them.

Tips you should know before traveling to Tanzania .. 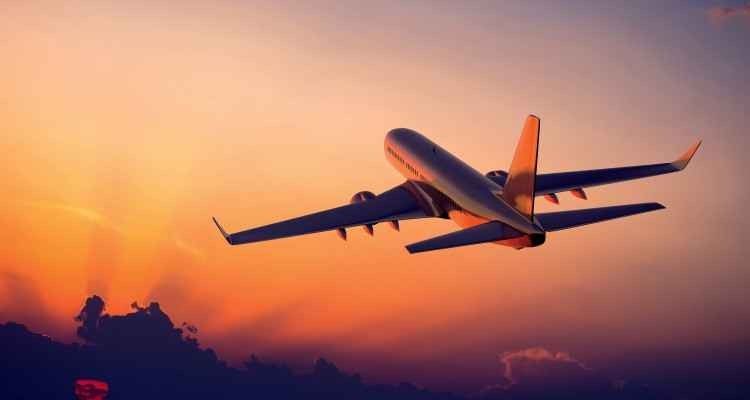 Tips you should know before traveling to Tanzania .. – Take the necessary vaccinations before traveling in order not to get diseases such as malaria. – Make sure to wear light colored clothes with long sleeves, sunglasses and a sun hat. – Not to walk at night in unpopulated places. – Do not trust strangers or Wearing valuable watches or jewelry. – Stay away from places where you pretend there are violent manifestations in them. – Traditions and customs must be respected for the Tanzanian people. – If you want to take pictures of locals, they must get their approval. – Do not drink from tap water but rather buy mineral water. – No Eat unpackaged food from the stalls.

Tourism in Johannesburg … guarantees you to spend a unique trip in the most beautiful places.

Tourism in Madagascar .. Learn about the most beautiful tourist places in Africa …