Report on the Valencia resort, Taif

The 6 best activities in the Monkey Forest in Miami, USA

The 10 best activities in the Moscow Gorky Park

The Republic of Tatarstan lies between the continents of Europe and Asia and is subject to the jurisdiction of Russia, and half of its population density belongs to Russia, which greatly affects the culture and history of the country. Sunni Islam is the main religion of the Republic of Tatarstan. Kazan or Kazan is the capital of the country, but the Arabs usually call it Kazan, and it dates back more than a hundred and fifty years. Although Tatarstan is not on the first tourism lists, it greatly welcomes Arab tourists, making it a favorite destination for them.

Here is all you need to know about tourism in Tatarstan

History of the Islamic State

Religion is one of the most distinguishing features of tourism in Tatarstan for Arab travelers, where they can enjoy a wonderful trip without feeling any distress or fear of violating Islamic laws. The first colony in the history of the province of Tatarstan dates back to the Stone Age about a hundred thousand years ago. The ancient Bulgarians tribes; the ancestors of the modern Tatar began to colonize the Volga region, between the eighth and ninth centuries. The state of Volga Kama was Bulgaria; the first state to be established in the country, between the end of the ninth century and the beginning of the tenth century as it was; the first hostile state to be established in northeastern Europe. In the year 922, the state embraced the Islamic religion, and construction of mosques and schools began throughout the region to spread the culture and teachings of the Islamic religion. The state of Volga Kama annexed Bulgaria to the 13th-century Genghis Khan Empire, and became part of the powerful state of Zulutaya Urda. The state of Zulutaya Urda collapsed in the 1930s and 1440s, and a number of states were established including the Kazan state of Khanate, which then became The capital of Tatarstan. The foundation of Kazan Khanate ended in October 1552, but after two months it was besieged by the forces of Ivan, where a hundred and fifty thousand people invaded Kazan. After that Kazan became one of the most important industrial and cultural centers in Russia. The end of this century brought many possibilities, the development of Tatarstan where; the Republic of Tatarstan was declared at the end of August 1990 and on the sixth of November 1992 a new constitution was drawn up for the country.

In view of the rich history of the Republic of Tatarstan, the city is full of many wonderful tourist attractions that vary between Islamic culture, its conquest and the influence of Russian and Soviet culture on it.

One of the most important tourist places in Tatarstan, Kazan Kremlin is a fortress or castle that was established at the beginning of the construction of the capital Kazan, but it was destroyed by the invasion of Ivan forces to the republic. It was restored between the sixteenth and seventeenth centuries with new fortifications. You can learn about the Russian influence The one that takes place in the Republic of Tatarstan, through this landmark, which makes it one of the most important symbols of tourism in Tatarstan. Kazan Kremlin entry is not free, but entry fees can be borne with twenty Russian rubles, and you can also get a full tour inside the place for three hundred Russian rubles. 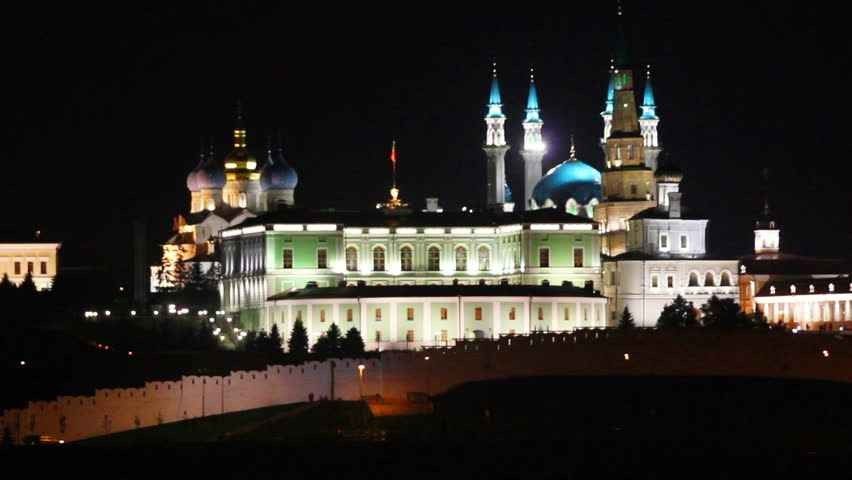 The Sharif Mosque was established in 2005 after ten years of construction. The mosque is located inside the Kazan Kremlin campus, so entrance is free.
Don’t miss the visit of the Museum of Islamic History, which is located below the mosque, and its entrance is also free. 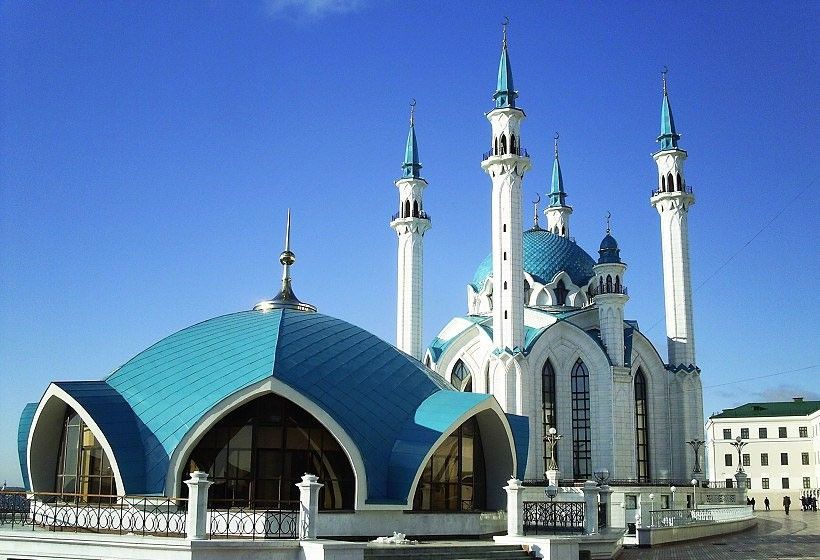 Read:Travel advice to Chechnya .. Your trip to Chechnya is the “jewel in the Caucasus Mountains”.

The Suyumbek Tower is considered one of the most important symbols of architecture in Tatarstan, and there is a legend revolving around its foundation; after Ivan forces invaded Kazan their leader wanted to marry Belle Kazan Princess Suyomik, who initially refused this, but then agreed on the condition that the commander construct a high tower that No one has ever seen it. Legend has it that the commander built the Soyombic Tower in six days, but after its construction the princess threw herself up from the top of the tower. Despite that legend, the Soyombic Tower was only completed a hundred years after the conquest of Ivan’s forces, and its length reaches fifty-eight meter. 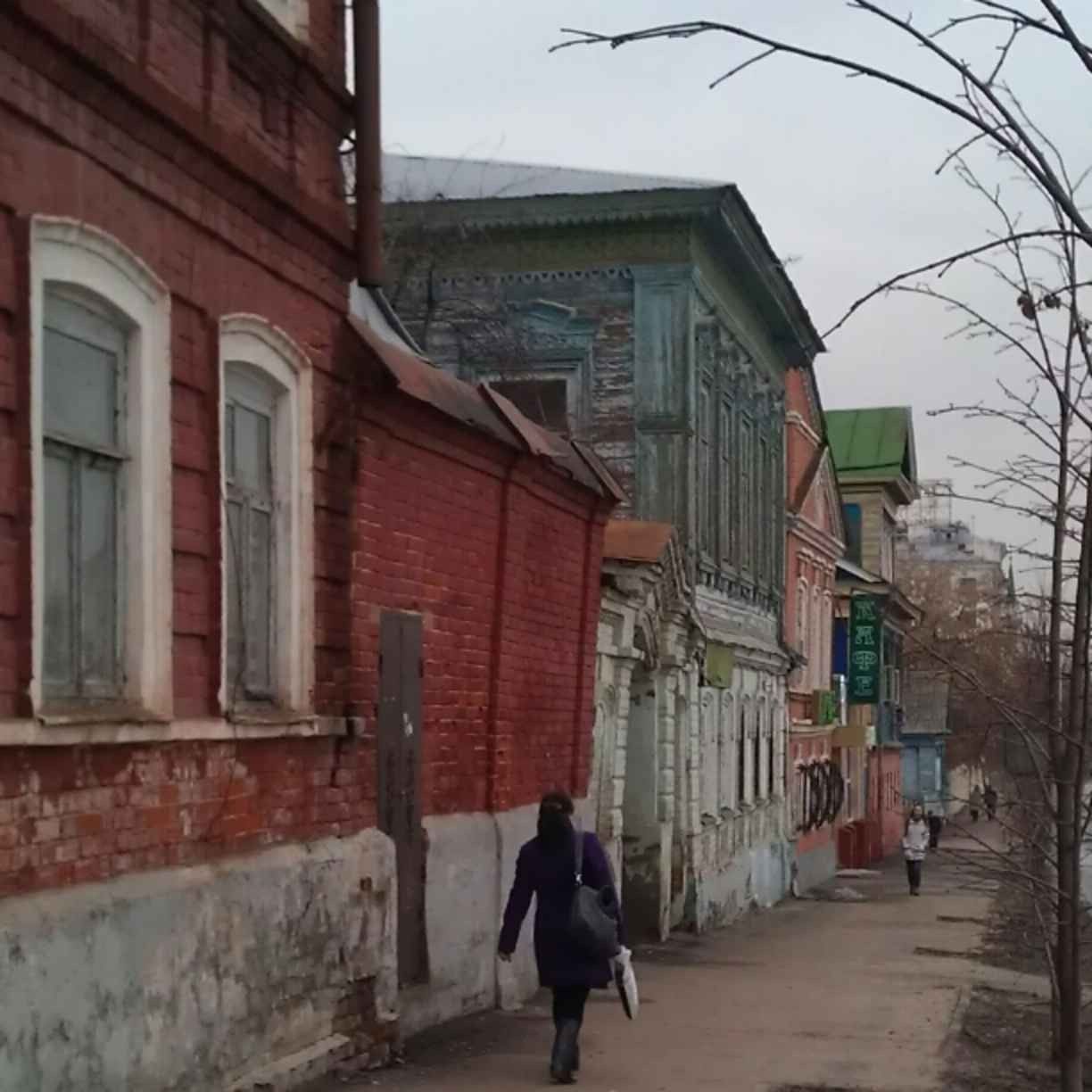 The Tatar State Museum and the Republic of Tatarstan were built to celebrate the thousandth anniversary of the city of Kazan. The museum contains art collections that highlight the country’s history of art paintings and monuments. The museum also displays a collection of documentaries, and pictures that enable you to learn about the history, customs and traditions of both the Tatar and the Republic of Tatarstan. The entrance fee is two Russian rubles. 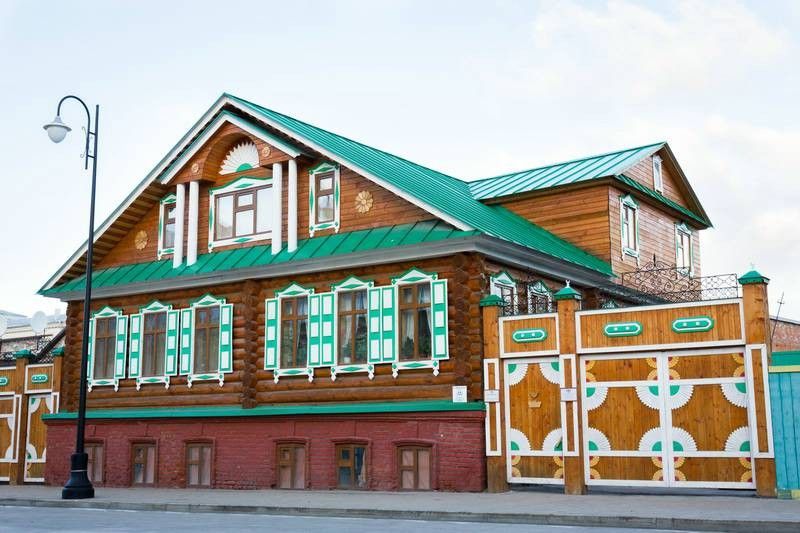 One of the most important tourist attractions in Tatarstan, where it is known as an unusual destination. It contains many things found in the houses of the ancient Soviets such as; ornaments, narrations, books, furniture pieces, toys, materials used in construction, and others. Also, visit the part of Rustam; the founder of the museum where you can learn the differences between the way of life in The area is old and new. 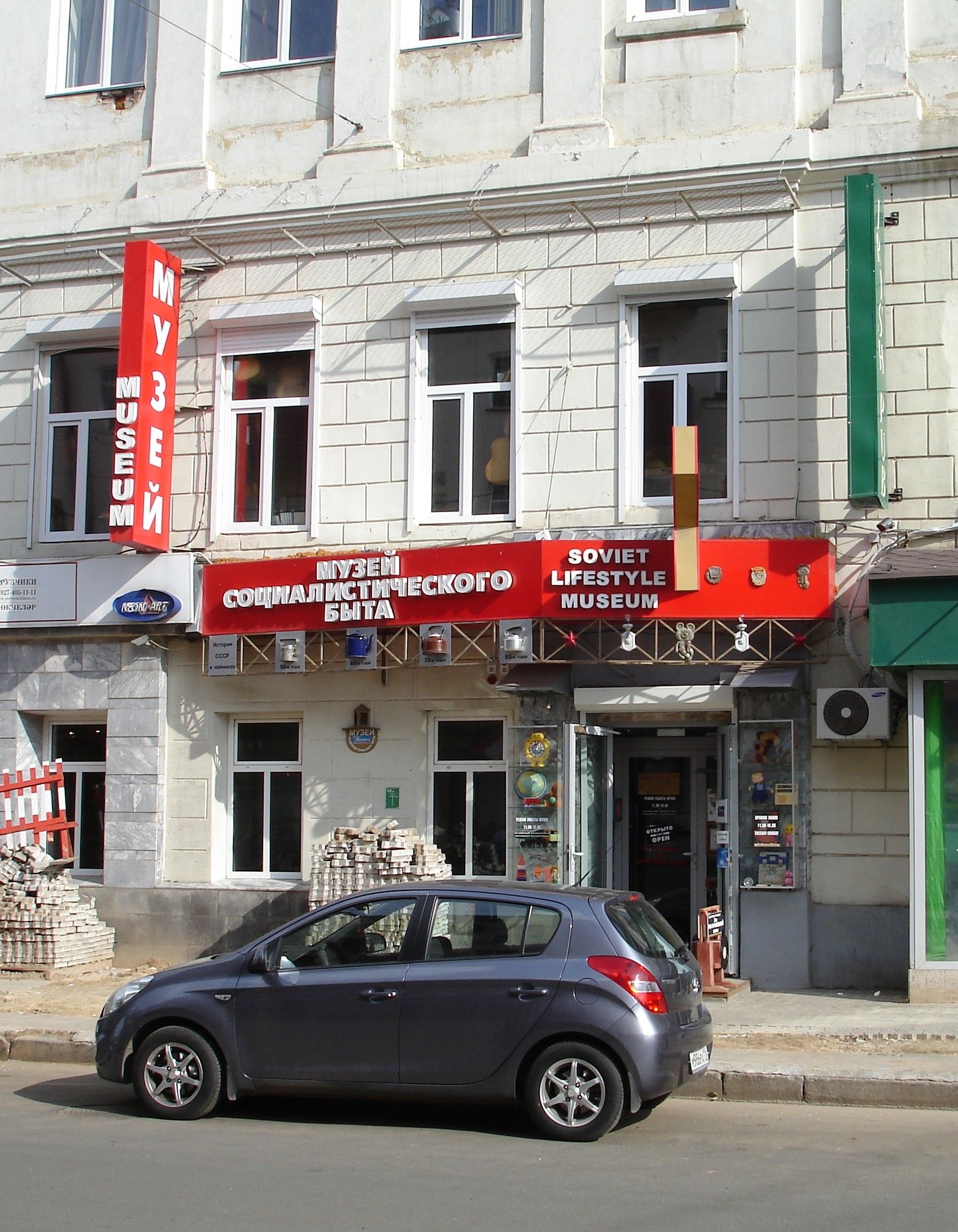 The Temple of all Religions

A destination to visit when heading to tourism in Tatarstan. It is located along the Kazan borders, and it contains sixteen towers for different religions. You cannot enter, and wander around the temple because it is not complete yet. But you can still see this great edifice, and take some pictures. 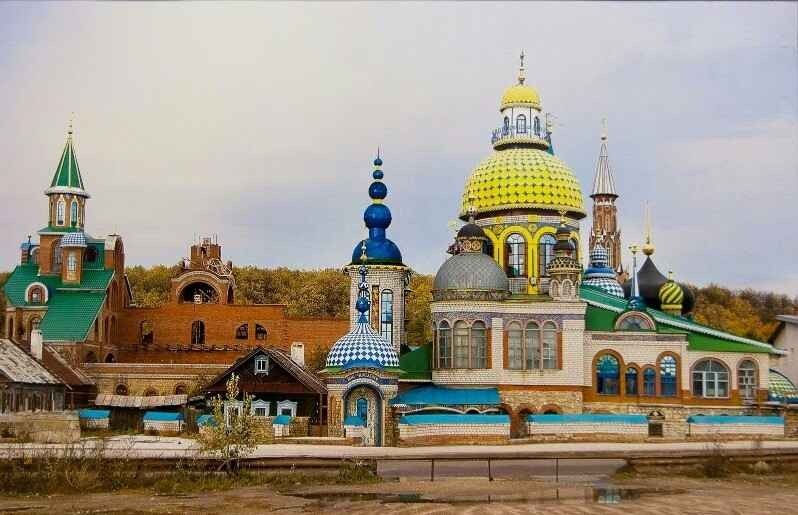 The Temple of all Religions

Bowman Street is a sightseeing area that contains everything from souvenir stores, to restaurants and cafes. A great place where you can socialize with locals and tourists, giving you perspectives to learn about new cultures and civilizations from around the world. 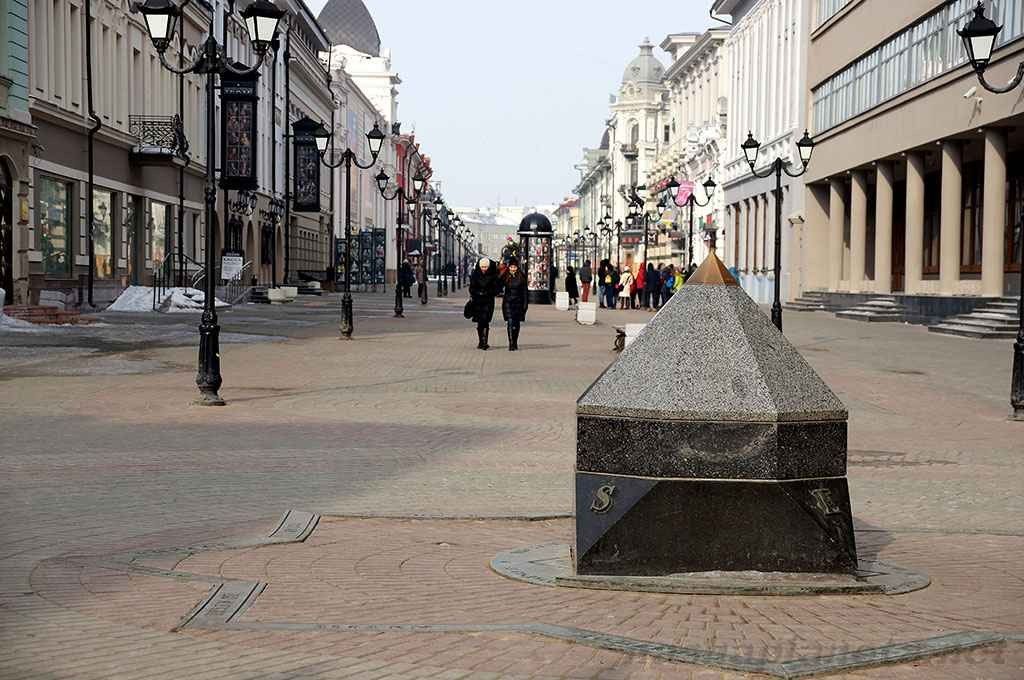 A great, special destination if you go to tourism in Tatarstan with your children, and your family, where you can have fun with lots of fun doll shows, along with a theater building that has beauty and special charm. 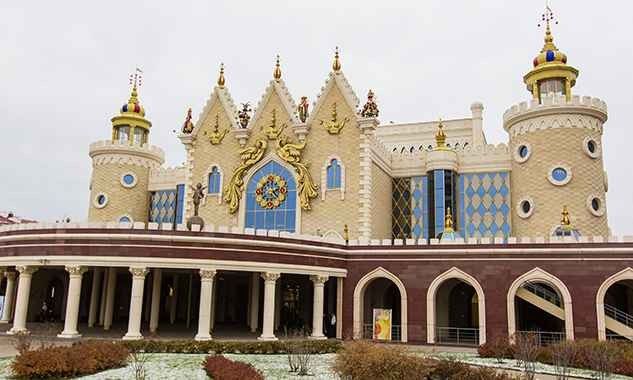 An impressive small library that dates back to the early twentieth century, where it was established by the annexation of a group of houses that were built in the mid-nineteenth century. Each room of the library is designed to bear the character of modern art. You can get a tour inside the library in Russian for one hundred rubles, or in English for two hundred rubles, and be sure to book an English tour before you go. 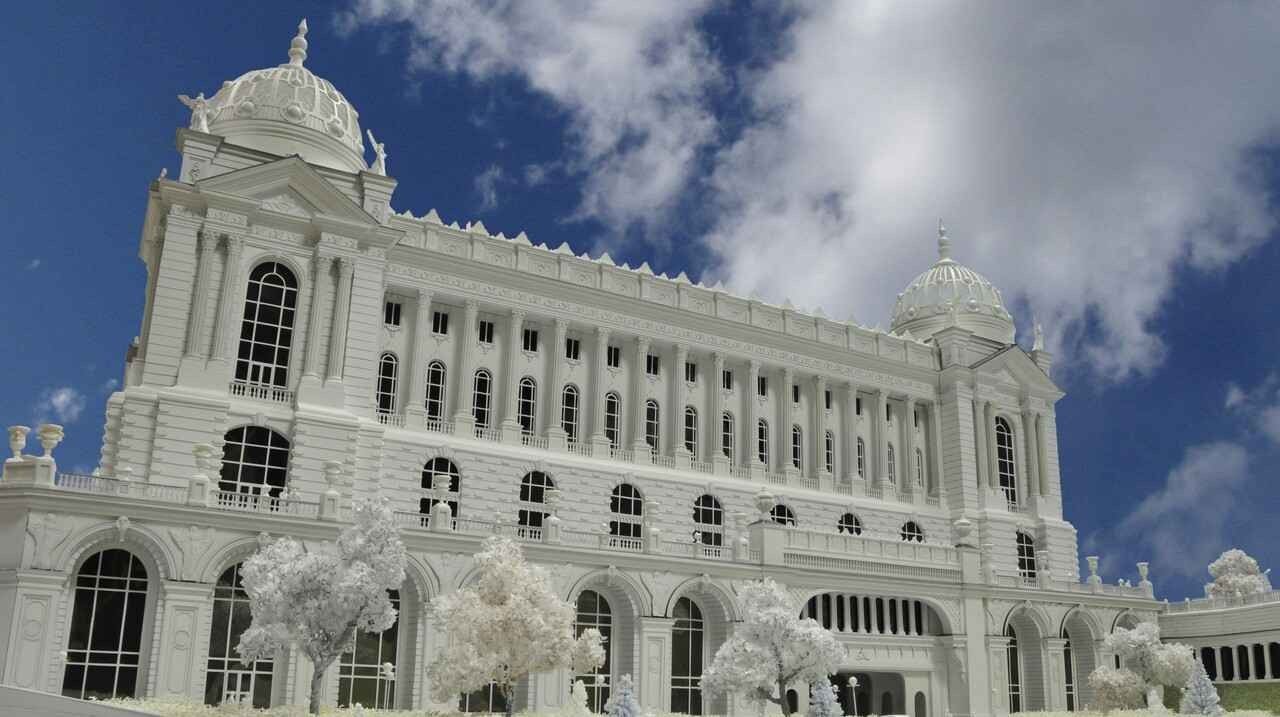 The ancient Tatar colony is a group of wooden buildings that date back to the seventh and eighteenth centuries, showing the Tatars were under siege in 1552. The colony contains a few remaining houses, most of which retain their traditional design and colors. The Mardjani Mosque is one of the most important buildings of the colony, which was established in 1767 and is considered the first stone mosque allowed to be built within the city limits.

Chak Chak Museum is one of the most interesting places in Tatarstan. It was established to highlight traditional types of food and Tatar drinks, especially chuck chuck candy. It is balls of dough stuffed with honey, served on holidays and family celebrations. You must reserve your place before going, in order to get a tour of the museum where you can learn how to make Traditional food and drinks. 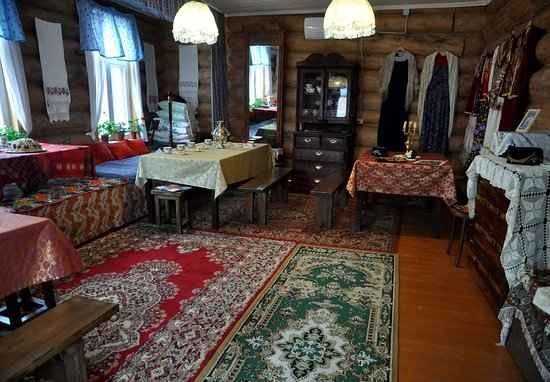 One of the wonders of the world

Where is Russia located and how to travel to Russia

The best 4 of Bahrain malls recommended

The 13 most important tourist places in Bahrain

The most beautiful beaches in Kenya

The most important monuments in Syria

Top 5 hotels with direct view on campus for 2022