Thailand, the beautiful country located in Southeast Asia, is considered one of the most important tourist destinations in the world and the most popular among the countries of Southeast Asia.

Tourism in Thailand has many ingredients that make it a unique tourist attraction, as it possesses the enchanting nature of the world famous sandy beaches and islands of splendor in addition to its friendly residents and its unique food. It is also famous for its abundant tropical fruits.

Thailand has a population of about 67 million people and is bordered by several Asian countries, the most important of which is Malaysia and Myanmar.

What are the seasons of tourism in Thailand?

It is the duty of every traveler to familiarize yourself with the general weather conditions in the country to which he intends to travel, in order to avoid the bad weather that may spoil the pleasure of travel

For this reason, dear tourist, if you decide to travel to Thailand, you must know the seasons of tourism and the appropriate times to travel to it, do not worry, we will provide you with this information.

Thailand has a tropical climate in general, but it varies in several different regions of the country, as the climate is divided into three main seasons: cold from November to February, and rain from May to October, and hot between March and May>

In general, the period from November to February is the best time to visit most areas in Thailand, where temperatures decrease and rains decrease, and some areas may be suitable for tourism at other times, so we will mention the appropriate time to visit each region separately>

Let us now know the best tourist areas in Thailand:

Bangkok is the capital of Thailand in Southeast Asia. There is no doubt that it is the main destination for travel to Thailand as the capital and one of the most important tourist cities in it, as it includes many tourist attractions and attractions, whether they are ancient historical landmarks or modern landmarks.

In Bangkok we find many famous places of entertainment, which greatly increased the chances of tourism in Thailand Bangkok.

The best time to visit Bangkok is December and January, when the weather is dry and pleasant, while temperatures begin to rise gradually with increased chances of rain in February and March and can continue until November.

The most important tourist places in Thailand Bangkok

To get to know the most beautiful tourist places in Thailand Bangkok through the following article, which we talk about the most famous places that attract tourists to the Thai capital, such as the Grand Palace and Wat Arun Museum … Read more 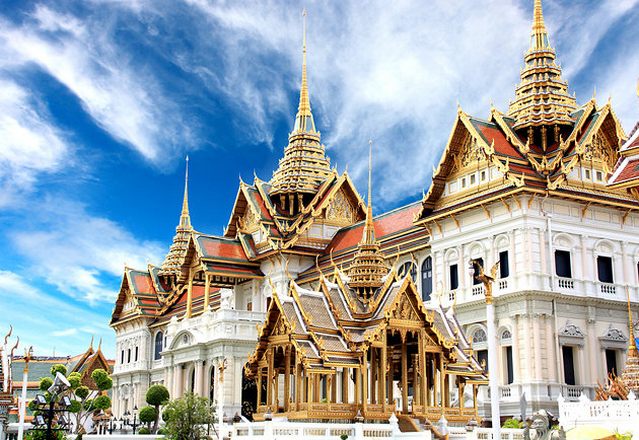 The best times to visit Chiangmai

The best time to visit Chiang Mai is in the months of January and February, when the weather becomes suitable for getting out and touring the city. In other months of the year, chances of rain may increase.

The most important tourist places in Chiang Mai, Thailand

You can find out the most famous tourist places in Chiang Mai, Thailand, through this article, in which we devote to talking about the tourist attractions of Chiang Mai, which are of interest to tourists, the most important of which are waterfalls, safari gardens, etc. … Read more 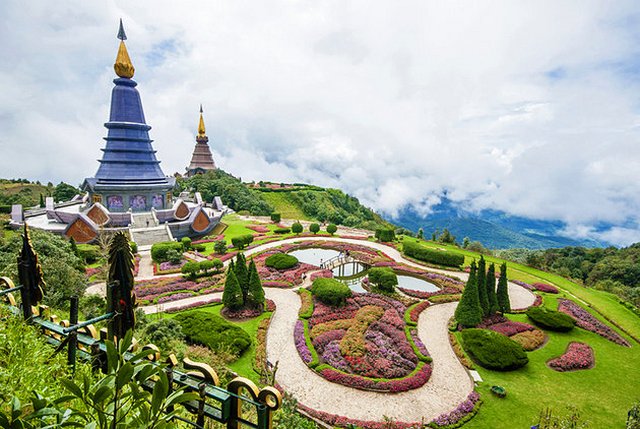 Phuket or Phuket is the largest among the islands of Thailand and one of the most famous and beautiful as it is called the Pearl of the South. Phuket Island is a charming nature characterized by the diversity of its topography and components.

In Phuket, you can see the most beautiful landscapes painted by mountains, hills and clear sandy beaches, in addition to waterfalls and lakes.

The best times to visit Phuket

We advise you to visit Phuket Island from late November to April, as this period is suitable for beaches and diving, while rain starts from May to October.

The most important places of tourism in Phuket Thailand

To get to know the most important tourist attractions in Phuket Thailand, where we talk here about the tourist places that attract tourists to the island, whether they are prominent landmarks such as Wat Chalong Temple or natural places such as waterfalls and others in addition to places of entertainment and entertainment and other tourist places in Phuket Thailand … Read more 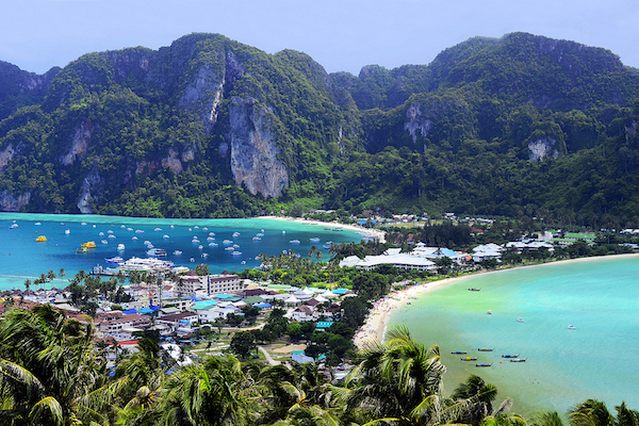 Pattaya is a tourist city in Thailand that is popular with tourists from all over the world. It is one of the most beautiful tourist destinations in Thailand that combines charming natural features with modern appearances from markets, entertainment and others.

The best times to visit Pattaya

Pattaya is considered one of the best tourist destinations in Thailand all year round, as it has a pleasant climate in general.

The most important places of tourism in Thailand, Pattaya

Pattaya is famous for its many entertainment places in addition to other tourist attractions such as beaches. You can learn about the most famous tourist areas in Thailand Pattaya through this article … Read more 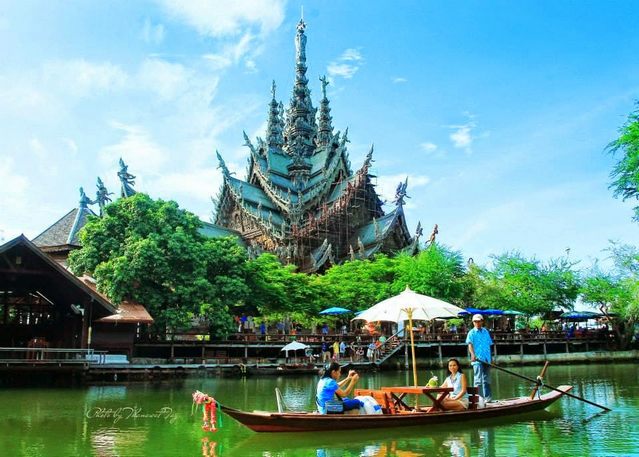 Kusamoy is Thailand’s second largest tourist island, located in the south of the country and considered an open resort that includes many luxury hotels and resorts that constitute a haven for thousands of tourists coming to Thailand for recreation.

The island is characterized by its quiet beaches due to its location inside the bay. The island also includes waterfalls, forests and other enchanting natural monuments.

The best times to visit Kuusamo

The December to April period is the best time to visit Kuusamo, as the island has a sunny and beachy atmosphere.

The most important places of tourism in Thailand Kusamoy

Kusamoy Island in Thailand includes many tourist attractions, including waterfalls and beaches as well as parks. Learn the most important tourist places in Kusamoy Thailand through this article … Read more 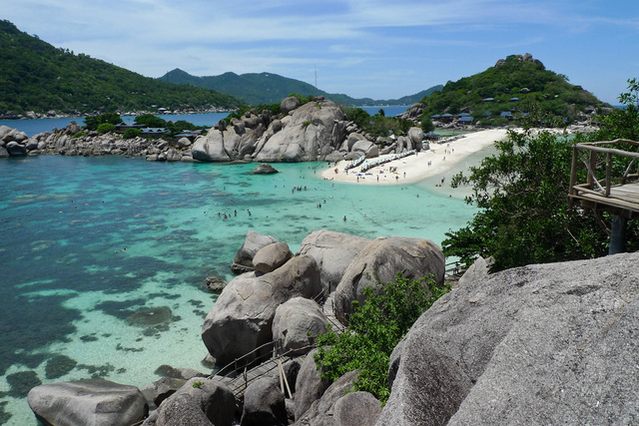 Krabi Island is one of the islands of Thailand and one of the most beautiful tourist destinations in Thailand due to its charming nature and beautiful tropical climate.

The island includes various tourist facilities that make it an important station as one of the most beautiful islands of Thailand, which includes the most beautiful beaches and embraces restaurants, shops and various marine sports clubs, as there are elegant hotels that are distinguished by their simple designs 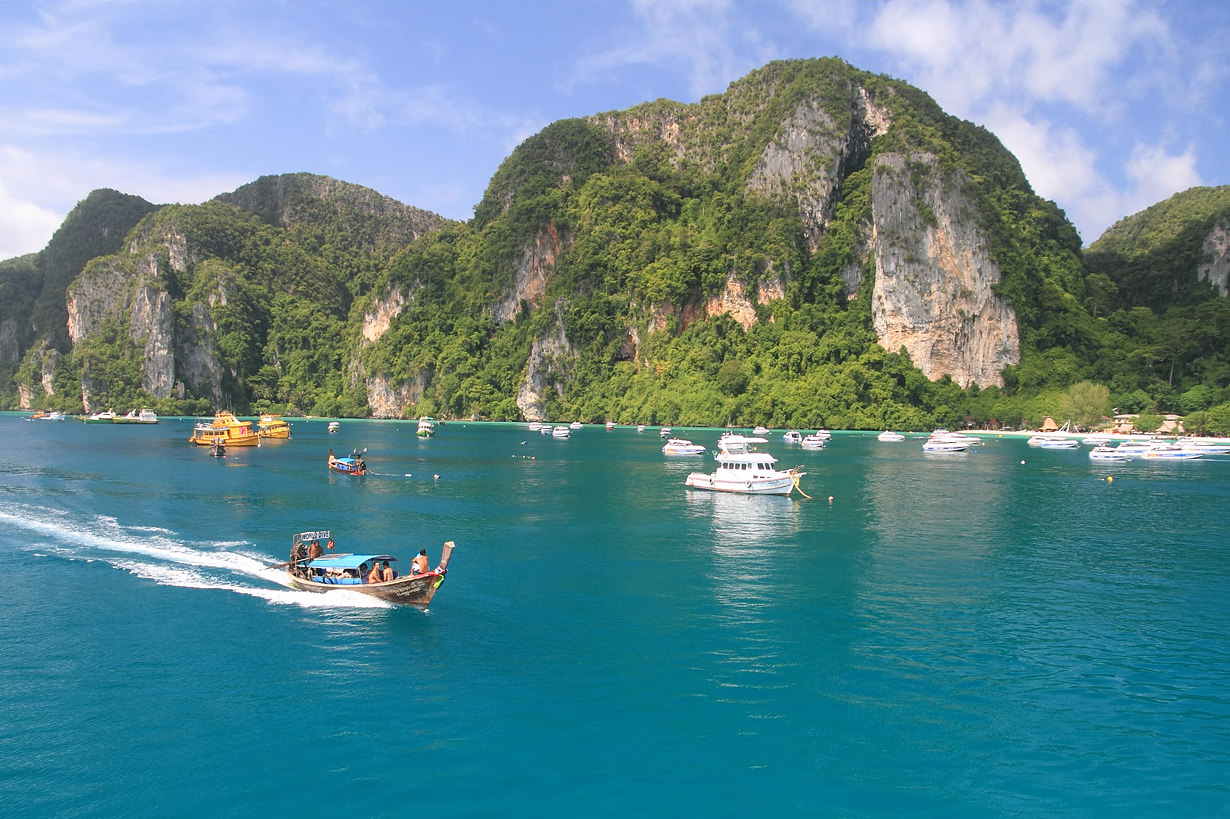 Articles you may also be interested in in Thailand: