Tourism in the city of Almería in Spain, the city is located in the southeast of Spain in the province of Almería and is about two hours away from the city of Málaga. The city is considered the drierest in the European continent. Its climate is desert and it is predominantly hot and rainy.

Find out the best times to visit Almeria, Spain. 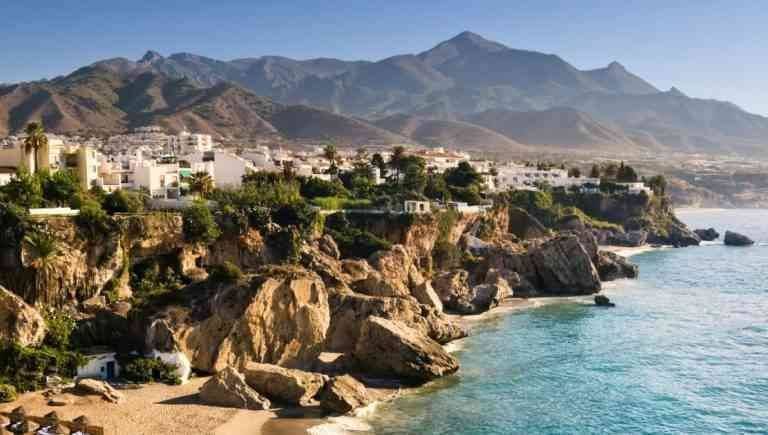 Know the best times to visit the city of Almería in Spain The temperatures are better so you can enjoy the beaches, visit the historical monuments, watch the birds, and enjoy the different colors of flowers and plants that fill the mountains and plains, so you should visit them from March to May and from September to October.

“The Alcazaba of Almería” .. the most important tourist attraction in Almeria, Spain. 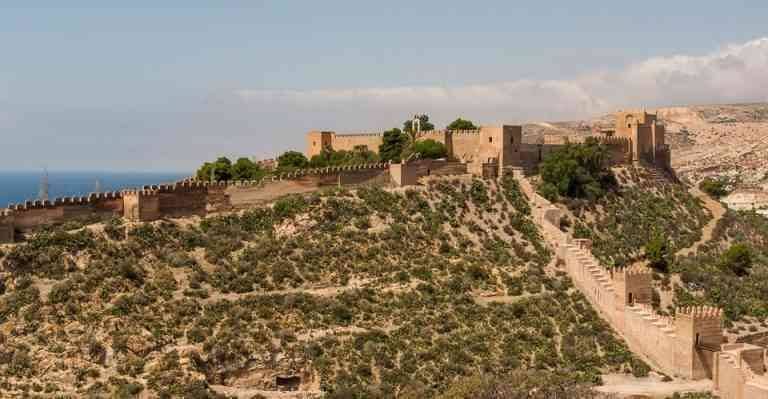 The Alcazaba of Almería Castle is the second largest Islamic fortress belonging to Andalusia after the “Alhambra” Palace. Although parts of it were destroyed, they were rebuilt again and it is a wonderful destination worth visiting as it is one of the best tourist places in Almería in Spain.

“The Tabernas Desert” .. The most important tourist places in Almeria, Spain. 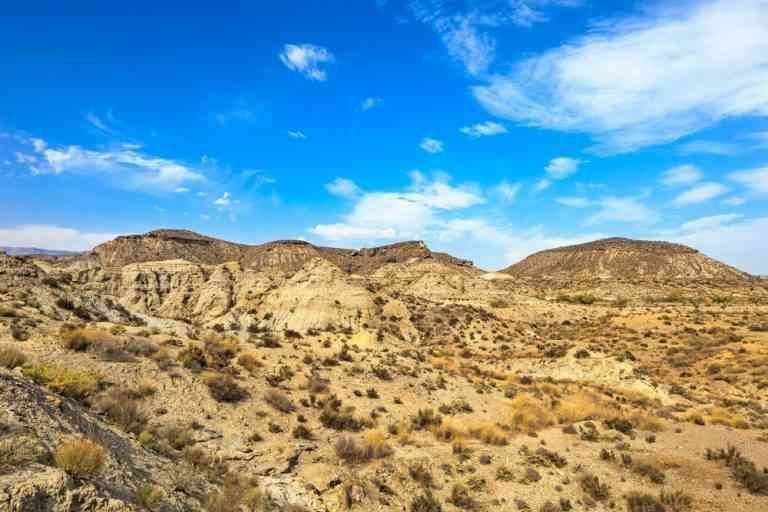 The Tabernas Desert is located about 30 kilometers north of Al-Mireyah. This desert is characterized by being a natural area full of wildlife, with various types of plants, including what is rare alongside birds and echinacea, as well as various animals and among the most beautiful desert features in it are Beautiful rocks formed by rain make distinctive forms in addition to canyons and valleys.

“Almeria beaches” .. the most beautiful tourist places in Almeria in Spain ..

Almeria Beaches is considered one of the best natural places in the city, Almeria has a group of wonderful beaches that attract the admiration of tourists from all places where clear water and fine sand and enable you to practice a group of beautiful recreational activities. 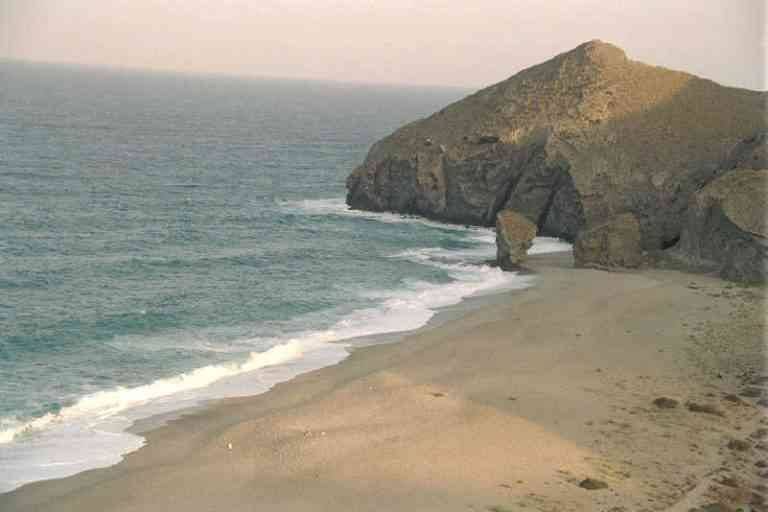 Cabo de Gata National Park is located in the east of the city and is characterized by its beautiful coast which is filled with beautiful rock formations and volcanic rocks, when you visit it you will be able to see a group of rare plants in addition to birds and due to the importance of this park it was included in the list of UNESCO as a reserve in 1997 AD. And then you should visit the white town of Negar, which is famous for its hand-made pottery and also ceramics and textiles, so you should buy souvenirs from them and you will also be able to taste a range of the most delicious traditional dishes in the region provided by restaurants located in the main square.

“La Chanca” .. the best tourist places in Almeria in Spain .. 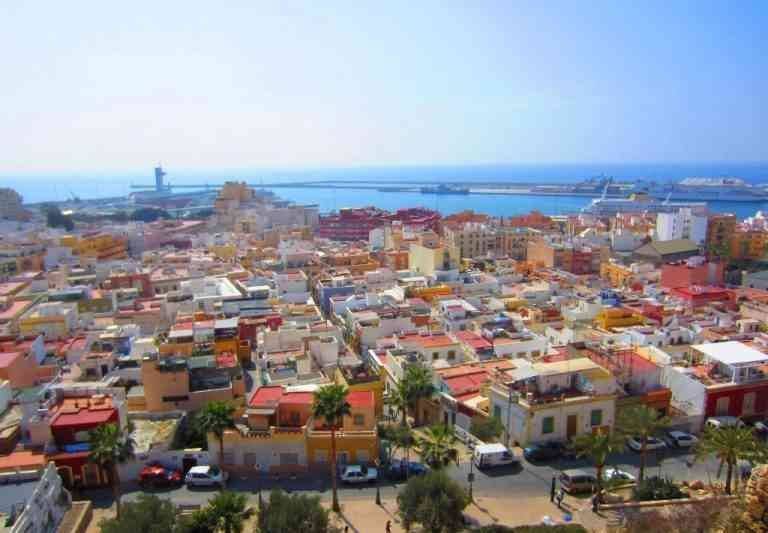 La Chanca is considered one of the most famous neighborhoods in the city and you cannot miss the visit, dear tourist, to be able to buy beautiful souvenirs, especially handmade products by the local residents, in addition to the presence of stalls that sell food, the neighborhood provides all food products, and the neighborhood is held a wonderful market every day. A great opportunity to stroll and shop at the same time.

Knowing the historical monuments .. Traveling to Almeria in Spain .. 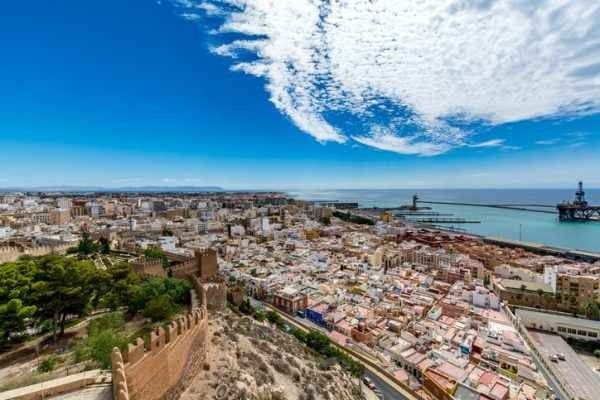 Historical monuments in the tourist Almiria Azizi the city owns a group of historical monuments that you have to explore, such as the historical buildings in which beautiful architecture is clear, as well as old shelters and land tunnels that were created to protect the population from enemy attacks in the period of the Spanish Civil War 1930 AD These tunnels were not discovered only in 2011 M during the process of preparing roads. Also, there are museums in the city. We recommend that you visit them, as archaeological holdings of different eras are also present. The city has art galleries and is a favorite of art lovers.

Learn about the most delicious cuisine and the best restaurants in Almeria, Spain. 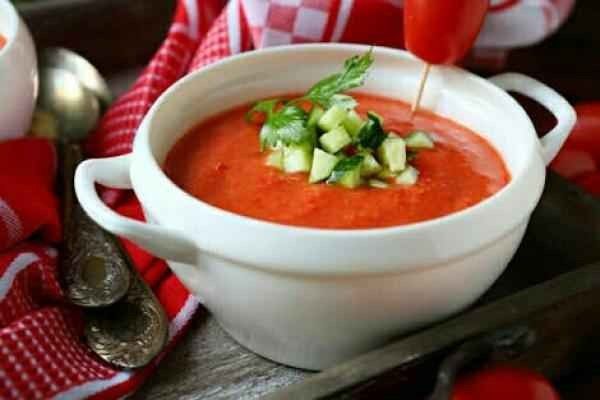 Learn about the most delicious cuisine and the best restaurants in Almería, Spain Delicious flavor, you should eat it at breakfast. We also advise you to try the “gazpacho” tomato soup dish, which is an Andalusian dish originally and it is considered one of the most famous Spanish dishes. To try a seafood dish, you should try “Bella de Maresco” as it is a delicious food, consisting of rice and fish and Oysters have saffron and prawns as well Garlic is one of the best Spanish dishes. As for the best restaurants, “Restaurante Salmantice”, “La Gruta” and “Casa Sevilla”.

Tourism in Villach, southern Austria: the most beautiful tourist places in the city of Villach Austria ..

Tourism in British Canterbury: And 6 of the most beautiful places of tourism in Canterbury ..