Tourism in the city of Constantine .. It is distinguished by being a distinctive tourist destination, where the beautiful architecture and ancient history represented in its palaces and mosques, Arab travelers provide you with a guide to the most important tourist attractions in it.

Tourism in the city of Constantine .. 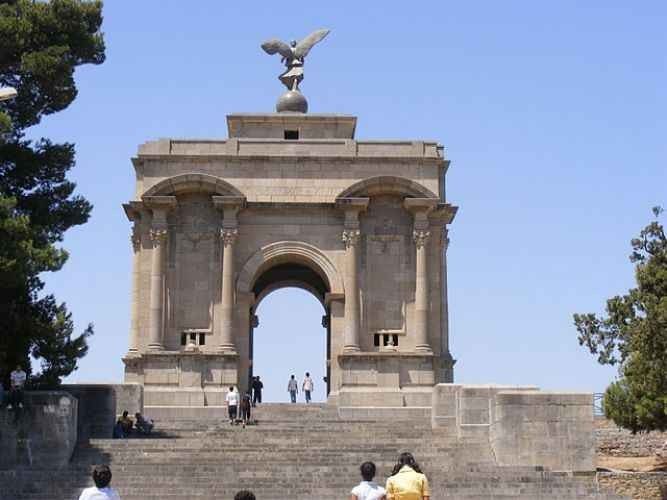 Traveling to Constantine is considered one of the oldest cities in the world, so it has great importance as many tourists go to it and it is called more than one name like the city of suspended bridges due to its possession of many bridges linking the east and west bank as it is called the “capital of the eastern Algeria” “Also,“ the city of ancient rock ”due to its construction on a large, strong rock and was given the title of“ Capital of Culture ”in the Arab countries, as it is a witness to history, as it witnessed different civilizations such as Roman, Byzantine, Phoenician, and French occupation, so you cannot miss going to it to see the archaeological sites alongside it. Aigaha beautiful skies also. Read: the most beautiful tourist areas in Algeria 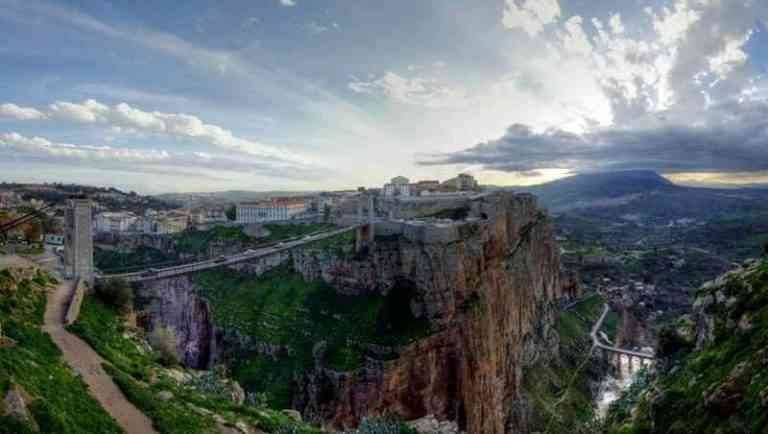 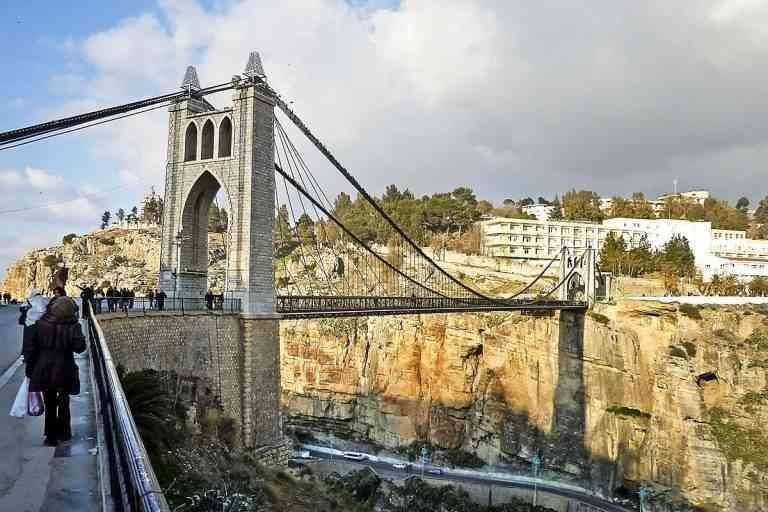 “Suspension bridge in Constantine” .. The most important tourist attractions in Constantine .. The city of Constantine is famous for having a group of bridges, the most important of which is the “Gate of Qantara Bridge” as it is the oldest bridge in the city and was built during the era of the Romans as the Turks restored it in 1792 AD and it was demolished During the era of the French, but it was built again in 1863 and the “Sidi Rashid Bridge” is also called the suspension bridge and is characterized by its height that reaches 175 meters, so it is the highest city bridges and even from the highest bridges of the continent and among the most important bridges also the “waterfalls” bridge, which is due to be built For the year 1928, the bridge “Sidi Massid” is located in the Wadi Rimal area, and its construction is back to In the year 1909 AD, and its length reaches 186 meters, as a permanent river passes under it, so you cannot miss seeing it, as a group of trees spread on its banks, which are a wonderful beauty landscape, worth seeing, as it is one of the most beautiful tourist places in Constantine, and there are a number of tourist attractions such as the Kasbah and the Prince Abdel Qader Mosque. Also important bridges are the “Satan” bridge, the “metaphor of sheep” bridge and the “Mellah” bridge, so you cannot miss some of them, dear tourist, and take memorial photos next to them. Read also: Tourist places in Algiers 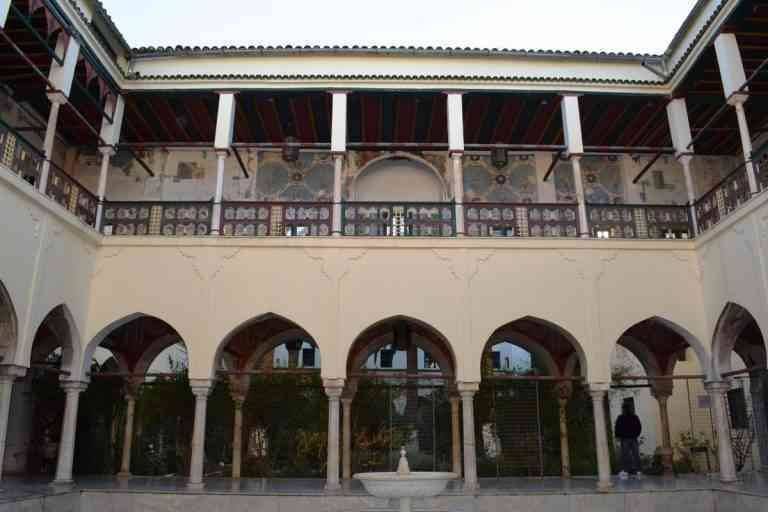 “Palais Ahmed Bey Constantine Palace” .. The most beautiful tourist place in Constantine .. It is one of the most famous and most beautiful tourist destinations in the city, it was established in 1835 AD The palace is characterized by its construction in a style that resembles modern Moroccan homes. We advise you, dear tourist, to go to him to learn about the traditions and customs used in the country In the past, the palace is surrounded by three gardens filled with pets such as deer and a number of birds exposed to extinction, as it is characterized by its large area which reaches 6500 square meters, the number of its rooms is about 121 rooms and rooms are surfaces of wood decorated with Islamic inscriptions and it is worth noting that this palace was established in 10 years and T Its rooms are filled with columns made of marble, so they numbered about 250 columns in addition to the beautiful Islamic inscriptions on the walls. Do not miss to tour the palace’s 27 porticos. One of the most beautiful scenes that you will see in it is the water tank located in the center of the palace, where it contains wonderful red fish to miss you to take memorial photos To remind you of this beautiful palace, the palace is a wonderful artistic verse worth seeing, because it is one of the best and most important tourist places in Constantine. The palace begins work from nine in the morning until five in the evening all days of the week.

“Old mosques in the city” The best tourist attractions in Constantine .. 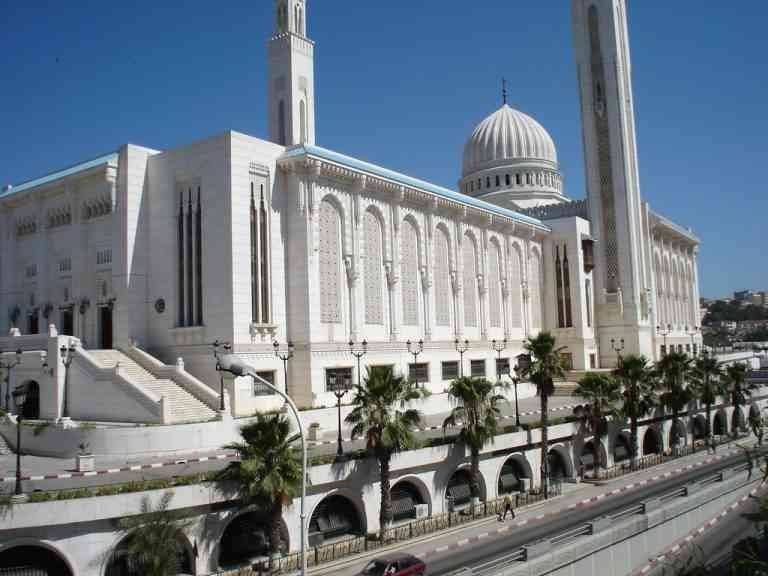 “Old mosques in the city” Old mosques ”.. The best tourist attractions in Constantine .. The city of Constantine enjoys having a number of old mosques that are worth a visit and the most important of them is the“ Great Mosque of Great Mosque ”because it is one of the best places of tourism in Constantine and was built in the year 1136 AD and a mosque. The Ghazal Market “was established in 1730 AD and the mosque” Prince Abdel Qader “was built in 1807 AD and is characterized by its singing in the Andalusian style as it is one of the largest mosques in North Africa, it is characterized by its beautiful architecture and wonderful decorations and its dome reaches a height of about 64 meters as the mosque contains a University of Islamic Sciences You have to go around the mosque Zizi tourists to enjoy watching the beautiful architecture and the external arena it is a verse in his beauty and also a mosque “Sidi green”, which was built in 1743 and Mosque “master flaxen” built in 1776 also. Read: Tourist places in El Tarf Algeria

Know the tourist places in Constantine. 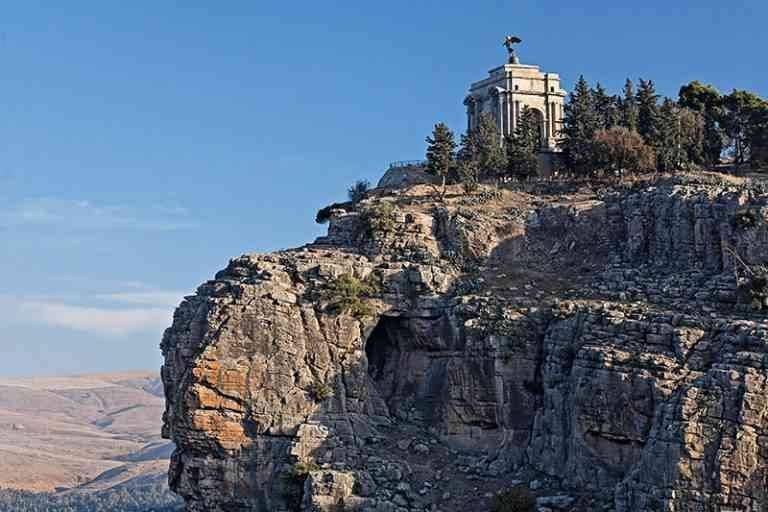 Know the tourist places in Constantine .. There are a group of historical caves in the city, such as the Cave of the Bears and the Arwa. It has a resort and Saleh Bay, which was established in the eighteenth century by King Saleh Bay and his sons to obtain rest and recreation. As for the Roman arches is one of the best places of tourism in Constantine, witnessing the Roman civilization in the country, the water flows wonderfully from it Find the road that leads to the Lead Division. The Caesar baths located in the Valley of the Sands are among the remnants of Roman civilization as well, as the number reaches 20 baths and many visitors go to enjoy their historical atmosphere as you do not miss the visit to Serta Gate, it is one of the most important tourist places in the city and returns The date of its construction to the year 363 AD Another tourist attraction is “Prehistoric Cemeteries” which belong to the city of Cirta, which was established before the Phoenician city and was also called the Bears Tunnels and it is found in the Bakira region. The city is also famous for its historical gates, namely the door of Serta, Al-Rawah and Al-Hanaysha.

Here is the most delicious cuisine in the city of Constantine .. Get to know it .. 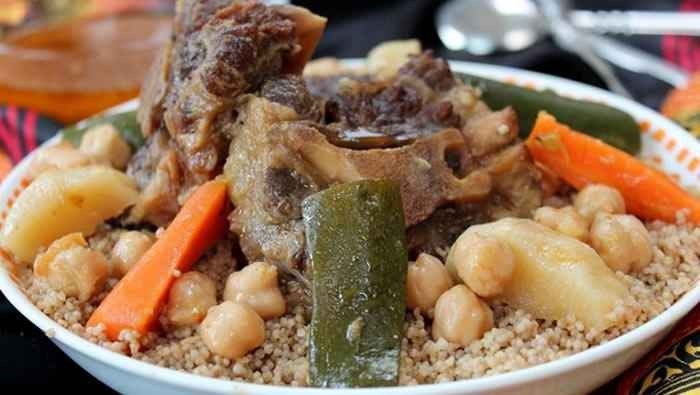 Here are the most delicious dishes in the city of Constantine .. Get to know them .. The food in the city of Constantine is distinguished by its diversity, because it has many foods, including what is inherited from ancient times, and the food is heavily dependent on lamb meat in addition to vegetables, herbs and spices, and one of the most famous foods has “Freekeh soup” so it has Beautiful taste and flavor that you cannot miss trying it, and also the “Shakshakoua” dish, and you cannot miss the experience of eating “Algerian couscous” and “Algerian bourak” which are pies stuffed with minced meat, so we assure you, dear tourist, that you will enjoy the most delicious dishes in the city of Constantine.

Where is the city of Sheba located?

Where is the city of Rafha located?