Tourism in the city of Tozeur … and the most beautiful green Tunisia oases.

Tourism in the city of Tozeur.

Traveling to Tozeur .. Know the temperatures and the best times to visit in Tozeur .. 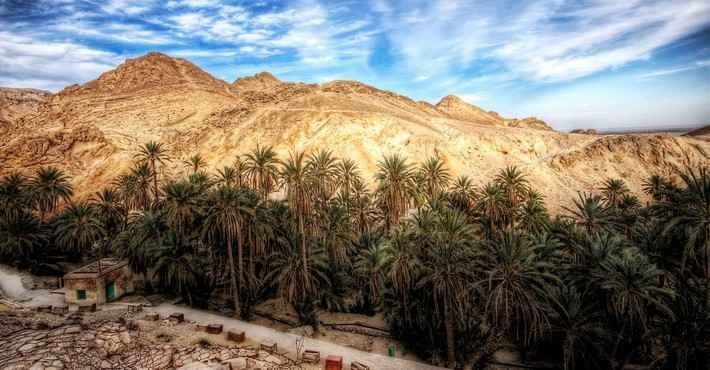 Traveling to Tozeur .. Know the temperatures and the best times to visit in Tozeur .. The weather in Tozeur is a hot dry summer, because it is a desert oasis, so temperatures rise, but in the winter and the rest of the year, the weather is moderate, so we advise you Dear tourists, by going to the winter season to avoid the high temperature of the air, and where the weather is nice and suitable for a relaxing walk. Also read: Tourism in the city of Gabes, Tunisia 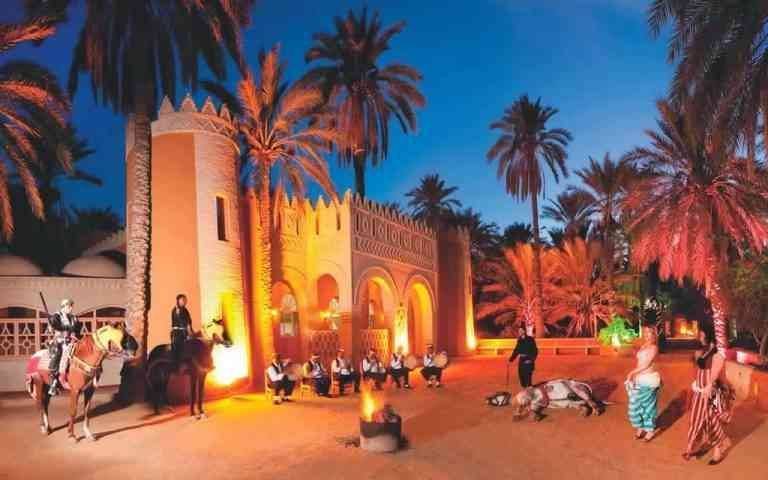 Tourist places in Tozeur .. Dear tourist, the city of Toze is one of the most beautiful tourist places that you may visit, because it has a great history as a result of its contemporation with many ancient civilizations such as the Romans who called it “Toze” or “Tozeros” and this means the city of dreams and as a result of its view of the coast The Mediterranean Sea was a suitable place for the establishment of civilizations, as the city is characterized by its natural beauty as it is a beautiful painting of a small desert oasis in southwestern Tunisia, on its borders with Algeria, so many tourists go to it every year, including world famous people. 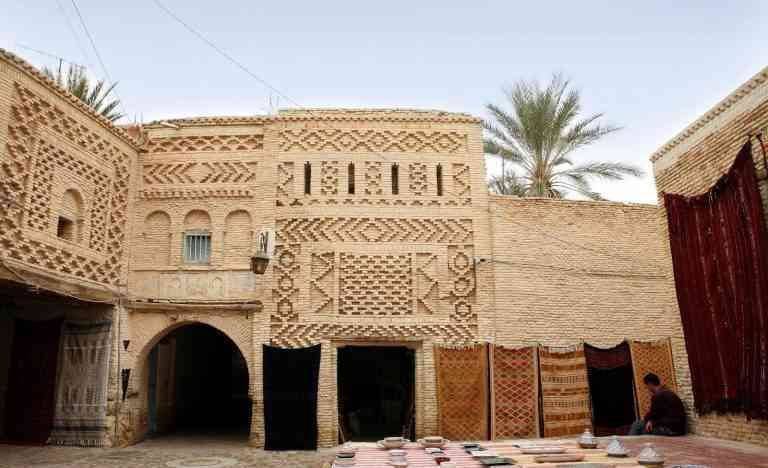 “Tozeur streets” .. The best tourist places in the city of Tozeur .. When you go to Tozeur, dear tourist, take a free tour in it to enjoy seeing the palm forests that are everywhere and famous for the quality of their dates, in addition to the water springs around which birds gather and The number of about 200 springs is enough to see the oasis as you will enjoy the beautiful desert atmosphere where golden sand and high mountains that you can climb and the traces of ancient civilizations and see their homes made of “yellow brick” that protects the population from sunlight and cold winter, if you feel hungry you can sit and eat Meal or drink in one For existing restaurants as you can shop and buy your needs from scattered markets Bonhaiha also. Read: Tourism in Sfax, Tunisia 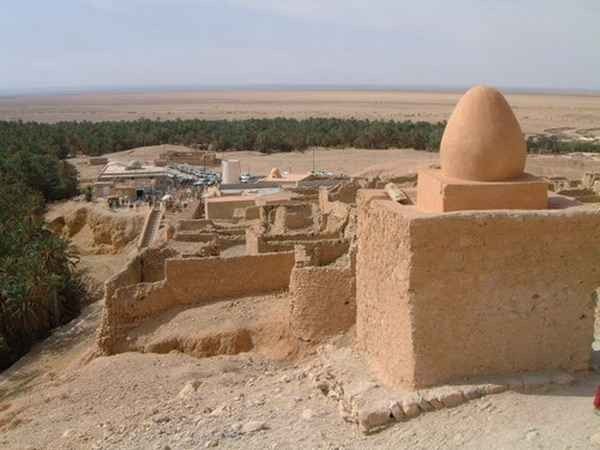 Learn about “Roman relics” in Tozeur .. The best places of tourism in the city of Tozeur .. The Romans occupied the city in 33 BC, the Romans lived in it for a period of time and did not abandon it easily because it is one of the most beautiful areas, so the city has a group of monuments Witness to their rule of the country, and these monuments are among the best tourist places in the city of Tozeur, the most important of which are the carefully constructed castles and dam of Soap Valley located in the Al-Huwaif region, as you can not miss to go to the great mosque in the “urban” country to see the square well built from huge stone boxes In addition to the houses that enter into its construction a Marble, we recommend you to visit the local museum in the city because it contains Roman ruins such as a lump statue head.

“Tozeur Recreation” .. the most beautiful place in Tozeur. 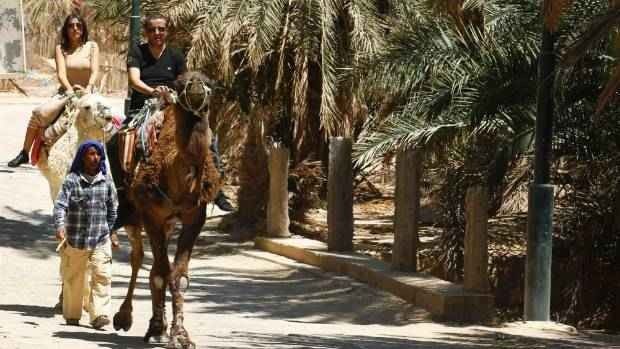 Tozeur Recreation “The most beautiful places of tourism in the city of Tozeur .. The city is famous for having a group of the most beautiful parks and it is one of the most important tourist places in the city of Tozeur, the most important of them is the Zoo“ Belvedere ”, located in the middle of the oasis and you will certainly enjoy seeing animals of all kinds to Alongside desert birds and reptiles, in the west of the city you find the “Al-Tijani” park, which is characterized by its wide green area, along with other parks such as Ras Al-Ain, Al-Nefer and Al-Arish and other parks. Known Also: Tourism in Tunisia Hammamet 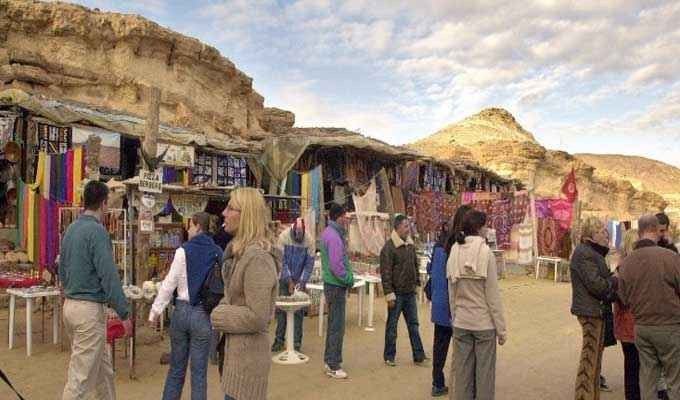 Tourist places in Tozeur .. “Tozeur markets” Tozeur markets are famous for their mastery of a group of crafts and handicrafts. When you walk around in them, the gifts made from palm fronds and camel hair will attract your attention to buying them as souvenirs, just as the city is famous for its manufacture Perfect for textiles, the most important of which are kilims and marquees, as well as jewelry, desert clothes, and clothes made of leather and other products that you can buy from the city’s markets throughout.

“The old Red Train in Tozeur” .. the most important tourist attractions in Tozeur .. 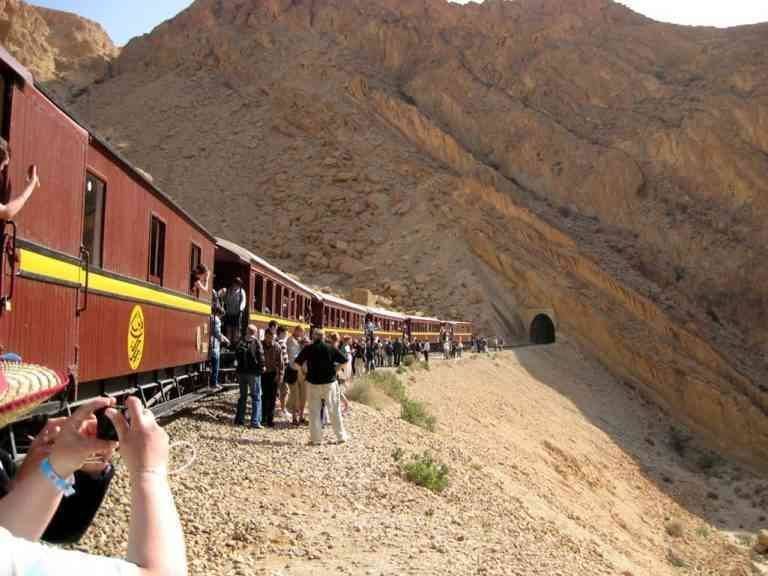 “The old red train in Tozeur” .. The most important tourist attractions in Tozeur .. One of the most beautiful activities that you can do in this beautiful city is to ride the “old red train” that was established in the nineteenth century, was dedicated to serving the king of the country in That time, which is called “Albay”, riding it is a great pleasure, as it snakes between mountains, like a snake, and passes into the caves, in a wonderful view that you cannot miss watching and taking souvenir photos for it. It is necessary to try safari trips with SUVs or on the back of camels.

“Springs in Touzeur” eyes of the most important places of tourism in Tozeur .. 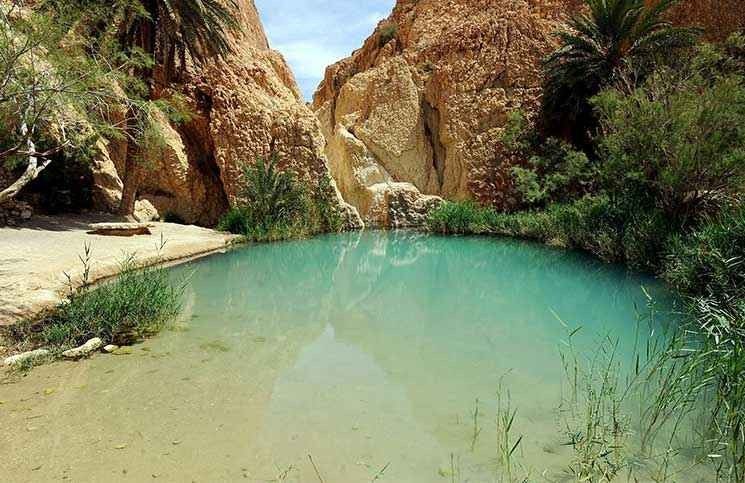 “Springs in Touzeur” is the most important tourist place in Tozeur .. Dear tourist, one of the most beautiful natural features that characterizes the city of Tozeur is the fresh water eyes that pass through it, despite the presence of Tozeur at the beginning of the Tunisian desert, but it has many Fresh water fountains that pass under the sand dunes and through carved rocks, the water forms wonderful streams and waterfalls worth seeing and taking memorial photos next to them because they are tourist attractions that bring happiness and comfort to the soul and that is what any traveler desires, due to the abundance of water springs that palm trees abound greatly Also read: Cost of Tourism in Tunisia 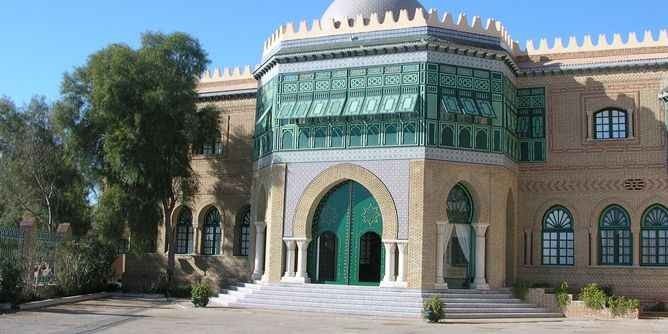 “Dar Cherait Museum” .. The best tourist attractions in the city of Tozeur .. If you love to discover history and get to know all its details, we advise you, dear tourist, to visit the Dar Bar Museum, the museum explains to visitors the entire history of Tunisia from its inception until now and also includes Anthropomorphic figures in the history of Tunisia, such as the leader “Carthage” and the conquerors and other important figures, when you go to him you will find many halls and each tells us a certain historical era, one of the most beautiful things that distinguishes him is that his decorations indicate the era that is told about as many Of statues, records and papers tell about Faction of the events of each era, the museum is divided into three sections and Ojmlhm “City of Dreams” which tells visitors the story of “One Thousand and One Nights” It is the most beautiful museums and also the customs and traditions of the Tunisian Museum, which shows us the most important. 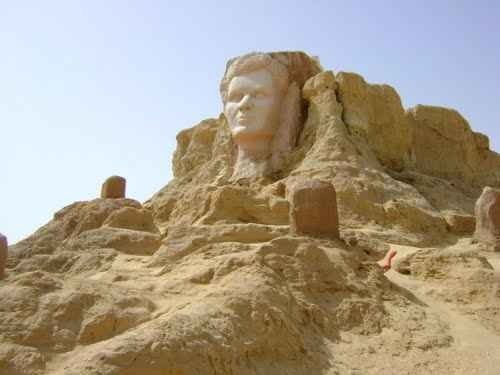 “Ras El Ain” .. It is considered one of the most important tourist areas in the city, it includes a group of hills, the most important of which is the “Kaabi” where the poet “Abu al-Qasim al-Shabi” was sitting to compose the most beautiful romantic poems, as this region was a meeting place for the people of Tozeur to exchange news and Samar and It is characterized by having a zoo that includes desert animals only, such as camels, deer, elephants and other animals. Do not miss to take pictures next to it to immortalize these beautiful moments, especially if you are a fan of photography, then it is your suitable destination due to the mixing of the plateaux with water eyes and palm trees, creating a wonderful beauty landscape worth photographing to Besides the presence of residue S. Old and d.

Traveling to Tozeur .. Know the best traditional food and the best restaurants in Tozeur. 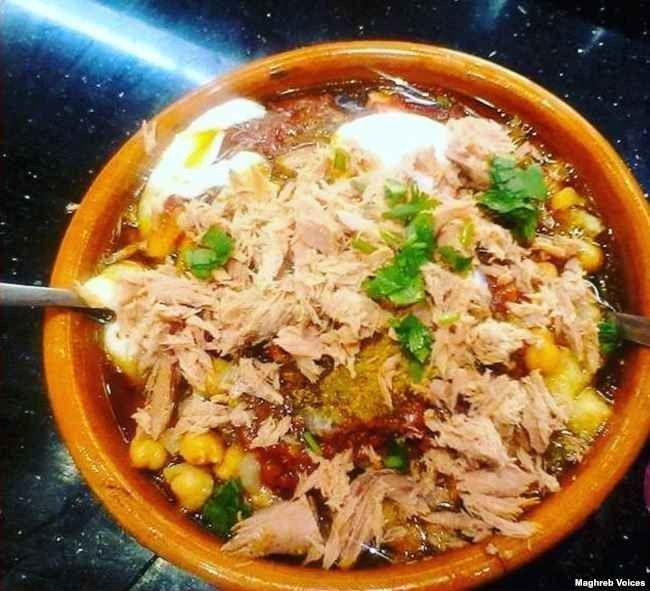 Traveling to Tozeur .. Know the most delicious traditional food and the best restaurants in Tozeur .. When you visit Tozeur, dear tourist, you are with a date to try the most delicious traditional dishes such as grouper, applied, mushroom and barbouche. People are also used to eating camel meat, which is called It has the name “Al Hashi” and they drink camel milk. As for the most important restaurants in the city, the “Douar El Hafsi” restaurant that serves delicious African grills and dishes, but if you love pizza, you should go to “Royal Mirage” restaurant and “La Fontana” restaurant offers a selection of Delicious European dishes.

The best places to celebrate New Year’s Eve in Dubai