Tourism in the French city of Arles: 12 best tourist destinations

Tourism in the French city of Arles .. Dear tourist, the city of Arles is one of the important tourist destinations in France, especially because it has many Roman ruins.

Tourism in the French city of Arles ..

The French city of Arles is located in the south of France in the province of Provence, and it is one of the largest cities in France. It also has a great history, including many Roman ruins, the Roman theater and the Arles Tower. Arlatin, the ancient Provence Museum and the Arles Museum, and besides its great history, it includes a collection of the most beautiful gardens and parks. 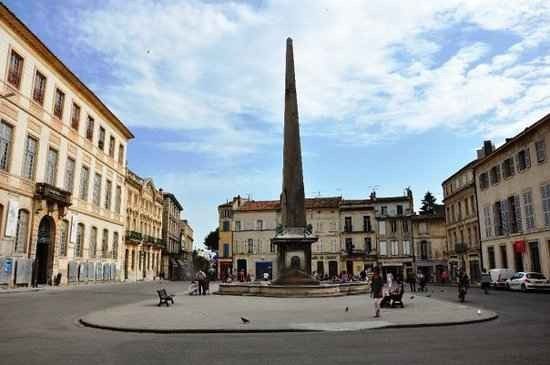 Traveling to the French city of Arles ..

The French city of Arles was established as a Greek settlement, then it became a Roman colony known as the Gaul and founded by King Julius in 46 BC, so it retains many Roman ruins and also important landmarks with its public squares that come to life day and night as festivals and folklore that Special progress in the spring and summer, you should walk around the city’s streets on foot to get to know its tourist attractions closely, buy souvenirs from the markets spread over them, and take a trip in the river.

“Langlis Bridge” .. the best tourist places in the French city of Arles .. 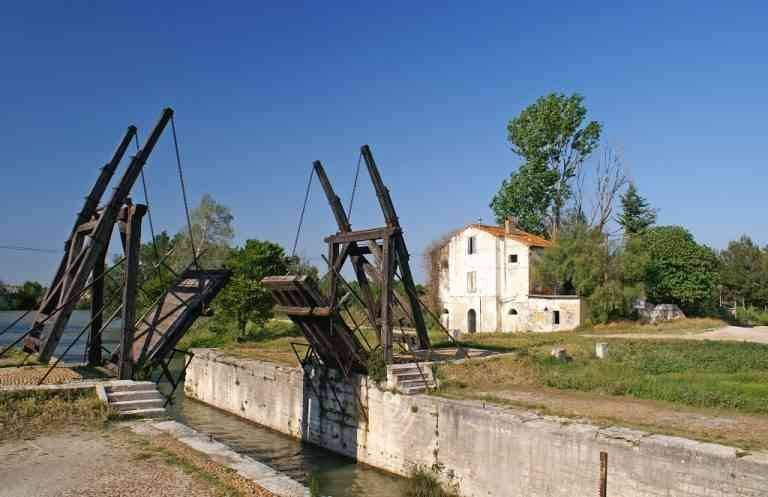 Langlis Bridge, we advise you to go to it, dear tourist, because it is one of the best tourist attractions in the city, it is a moving bridge owned by the Arles Tourist Board and due to its importance it was drawn in many paintings such as that painted by the famous artist Van Gogh in 1888 AD because it is one of the most beautiful moving bridges and was established on The hands of a famous Dutch engineer along the Arles canal of Port de Ginguloa, which is now a distinctive tourist destination to which many tourists go and take memorial photos with it. 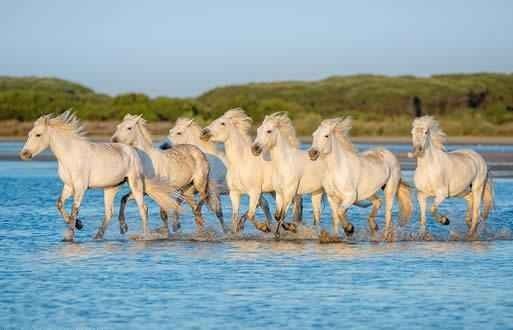 Camargue Natural Regional Park Camargue Natural Regional Park is one of the important parks in the city as it is a natural reserve with vast green areas where huge trees and colorful plants and flowers, there are various types of animals in the park alongside a group of lakes, you cannot miss sitting In front of it to relax and have a meal and enjoy this beautiful view in the open air while you are eating a light snack or a cold drink. You should also ride a horse in the promenade in front of the lake. If you are a fan of walking, you should walk in the paths designated for that. Of course, take memorial photos of this day. Hee distinctive.

“Arles Amphitheater” .. the most beautiful tourist places in the French city of Arles .. 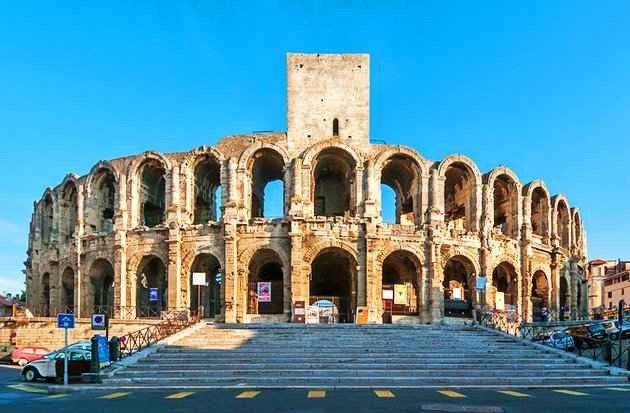 Arles Amphitheater is considered one of the most important tourist attractions in the city, it is a Roman amphitheater and included by UNESCO for the list of World Heritage sites, it was established in the Roman era in 90 CE in an oval shape surrounded by stands to accommodate about 20 thousand viewers to attend the entertainment shows that were held at that time such as races and Concerts, plays and other shows that were admired so people go to visit him abundantly and so far tourists go to take memorial photos with him and it is now a distinguished arena for bullfighting in addition to the Gallo Hall and the classic theater in it.

It is one of the most important museums in the city, it is a beautiful archaeological museum, which is located in a modern building designed by the famous architect Henry Siriani. The beautiful that everyone who watches it likes.

“Gallo Roman Cemetery” .. the best tourist places in the French city of Arles ..

Gallo Roman Cemetery is located in the southeast of ancient Arles and is considered one of the most important tourist attractions indicating the history of the great city. The cemetery was mentioned in several works of art due to its importance as the comic artwork of the famous Italian poet “Dante” which he wrote in the fourteenth century.

“Baths of Constantine” .. the most important places of tourism in the French city of Arles .. 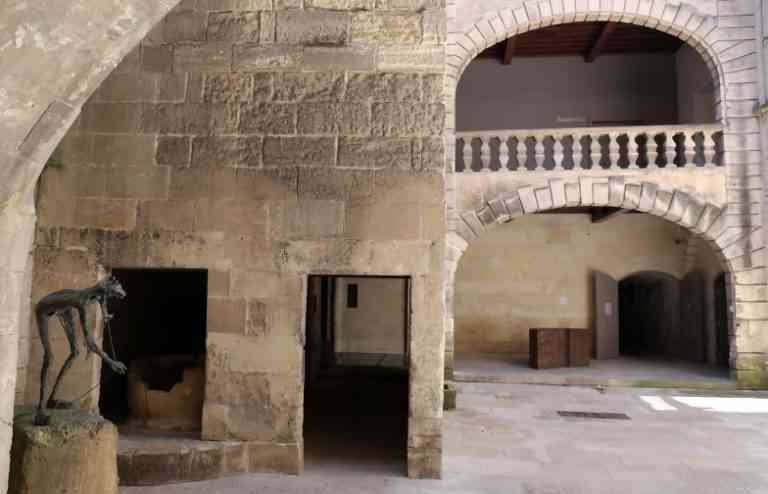 Constantine Baths The Baths of Constantine are considered to be one of the important Roman ruins in the city of Arles and date back to the fourth century AD and are distinguished by its presence on the banks of the river “Rhone” and has warm baths and rooms for warm air where they were created by the royal palaces at that time.

“Roman theater” .. the most important tourist attractions in the French city of Arles ..

It was created in the first century AD to accommodate about 8 thousand scenes in about 33 rows and the theater was decorated from the back with beautiful columns and statues, many relics were extracted from this site and placed in the Jewels Museum as there are some in the Wafer Museum in Paris as a compliance of the goddess Diana and now many tourists and locals go to visit him To enjoy the historical atmosphere and take pictures of it, in addition to watching the shows that are now held outdoors, especially in the summer. 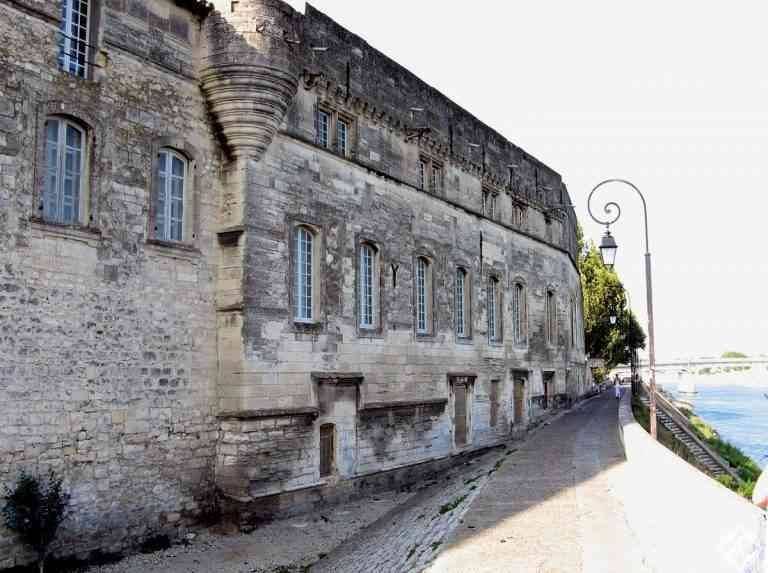 The museum is located in a beautiful building dating back to the Renaissance and it is a small museum to display the paintings of Reto in addition to other artists in the eighteenth and nineteenth centuries as well as the modern era as the work of Picasso.

There are in the center of the city and large numbers of tourists go to see the ancient Egyptian obelisk, which reaches 15 meters in length. Also in the north of the square there is the magnificent city hall building which was established in 1675 AD.

“Roman Forum” .. the tourist places in the French city of Arles ..

When you visit it you will feel that you went back to the Roman era, this place was created in 40 BC on horseshoe shape with an underground corridor and through it you can reach the Chretien art museum.

“The Administrative Museum in Arles” .. Tourist places in the French city of Arles .. 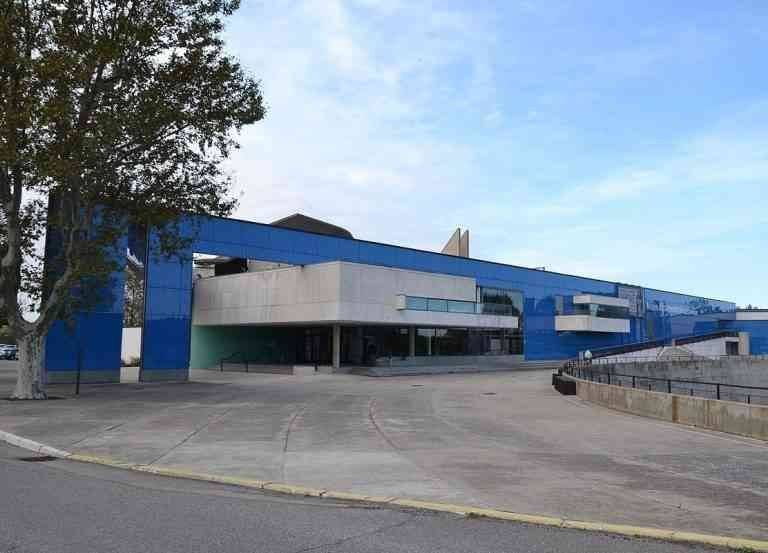 The Administrative Museum in Arlesihe, the tourist. If you are interested in history, you should visit this distinguished museum that displays the history of the country in addition to the cultural heritage of the old city as its art and collections that express the way of life at that time. The museum is located in a wonderful modern miniature in the same place as the ancient Roman circus.

“Vincent Van Gogh Foundation in Arles” .. the best tourist attractions in the French city of Arles ..

The city was famous for the artist Van Gogh, and for this reason, a foundation was established in his name in his honor, to display his beautiful artistic works and their influence in the style of modern art. The Foundation also organizes a group of exhibitions for other artists affected by Van Gogh’s works, such as the artist David Hockeny and narrated Liechtenstein. After completing your tour of the museum you have to stand on the terrace for some time to get a view Beautiful for the city.

Tourism in Quarteira, Portugal: the best 8 attractions and activities