Tourism in the French city of Metz .. Dear tourist, the city of Metz is one of the most beautiful tourist destinations in the city, as it is a city that combines history and art.

Tourism in the French city of Metz. 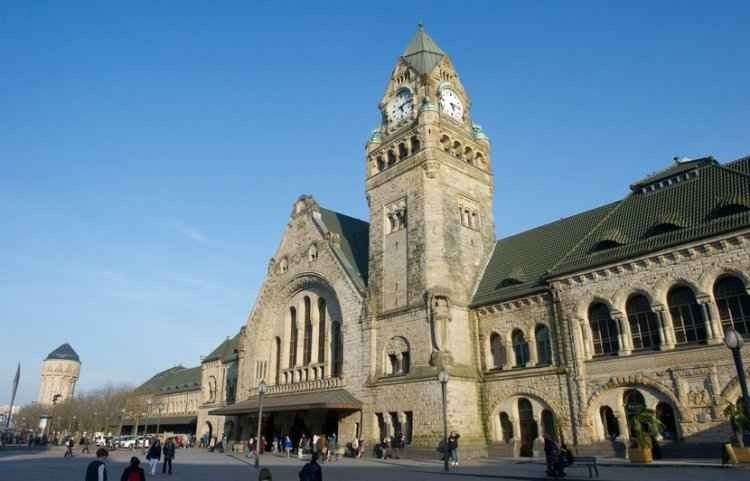 Tourism in the French city of Metz, the city was established in the year 1552 AD, classified as one of the most important historical cities in the world by UNESCO, the city is distinguished by its presence on the border between France and Germany, which affects it greatly, so we find it has multiple cultures and is also distinguished by its presence next to the Moselle River Which gives it a beauty form as it is an important resource for the city, whether tourist or through drinking water and irrigation. The city includes many ancient buildings and its old cobbled streets, in addition to its natural beauty represented by its view of the river, and in particular you should visit Citadel district because it contains important archaeological monuments to The side of Green squares. 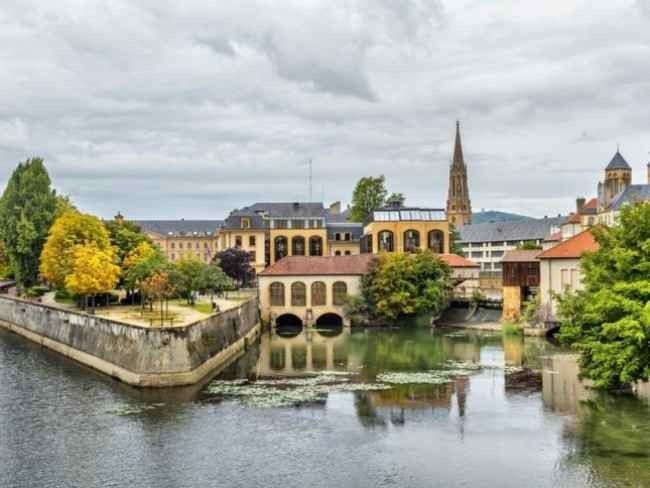 “The Center Pompidou-Metz” .. the best tourist places in the French city of Metz ..

The Center Pompidou-Metz was opened in 2010 and the center is a distinctive tourist destination for art lovers because it cares for artwork that dates back to the period from 1905 until now. It is distinguished by its large area of ​​more than 10 thousand square meters and its presence is divided between two gardens, it is divided between two gardens The center has 3 large windows with windows that allow natural lighting to enter, which creates a beautiful atmosphere for the center. Designed by the famous architect “Shigeru Ban” and the engineer “Jean de Gastinis”, it is distinguished by its presentation of a group of theatrical arts and conferences, as well as cinema shows throughout the year so you never miss Visit him and spend some time with him.

“Museum of Art and History” .. the tourist places in the French city of Metz .. 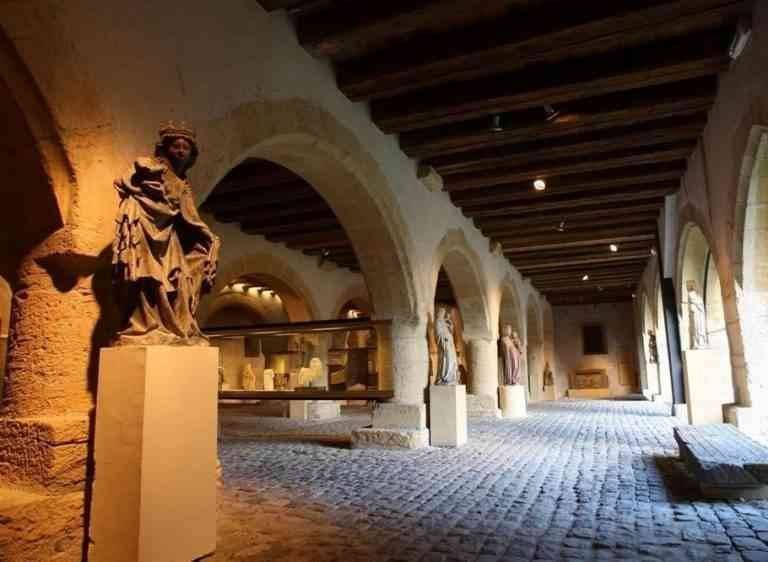 If you are a fan of art and history, of course go to this beautiful museum located in the city center in the “Quarter Collin” area. The museum includes antiquities and works of art dating back to the Middle Ages and focuses on the period of Roman rule with the remains of ancient Roman baths and Things were used in daily life as there are beautiful French, Dutch and German paintings from the sixteenth to the twentieth century.

“Germany Gate” .. the most important tourist attractions in the French city of Metz .. 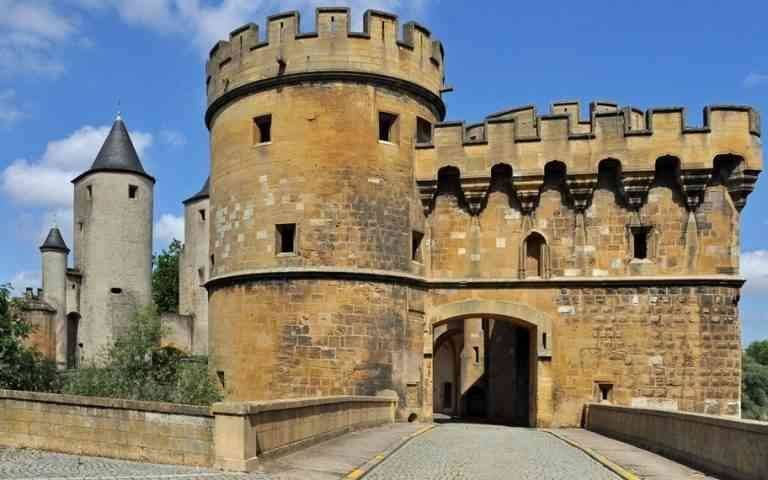 It is considered one of the most important tourist attractions in the city. Do not miss it, dear tourist. There is a gate between de Alimandes Street and Loulevard Maginot. The value of this gate is due to the remaining part of the medieval city walls. When you visit it, you will see the old bridge next to the fortified gates and towers that were used In the defense of the city against enemy attacks dating back to the thirteenth century and also two fortresses from the fifteenth century.

“The Opéra-Theater de Metz” .. the tourist places in the French city of Metz .. 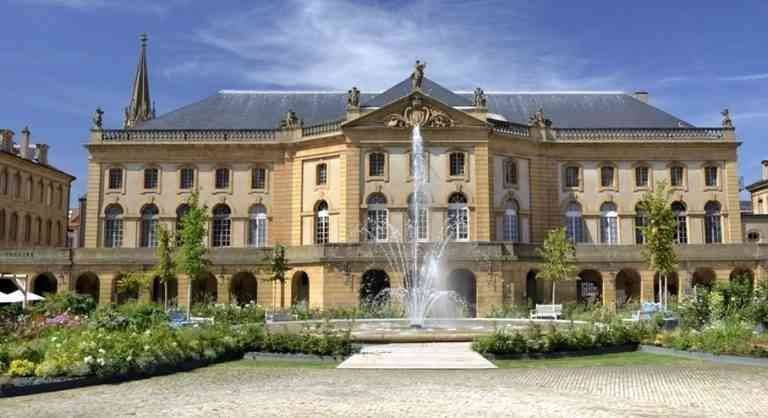 Theater and opera The Meté The Opéra-Theater de Metz Dear tourist, if you love art, then surely you should visit the opera and theater in the city. Metz includes one of the most beautiful and best theaters in Europe and also the oldest opera house. The theater was established in 1752 AD and is characterized by its beautiful classic architecture Which dates back to the eighteenth century, there is the theater in the square “Place de la Comedie” and when you enter it you will surely enjoy the wonderful red benches and golden handrails that are filled with beautiful decorations and also the statues designed by the local artist “Charles Peter”, we assure you that you will spend a wonderful evening In watching theatrical performances, Ballet shows and classical music.

St. Louis Square .. the most beautiful tourist place in the French city of Metz .. 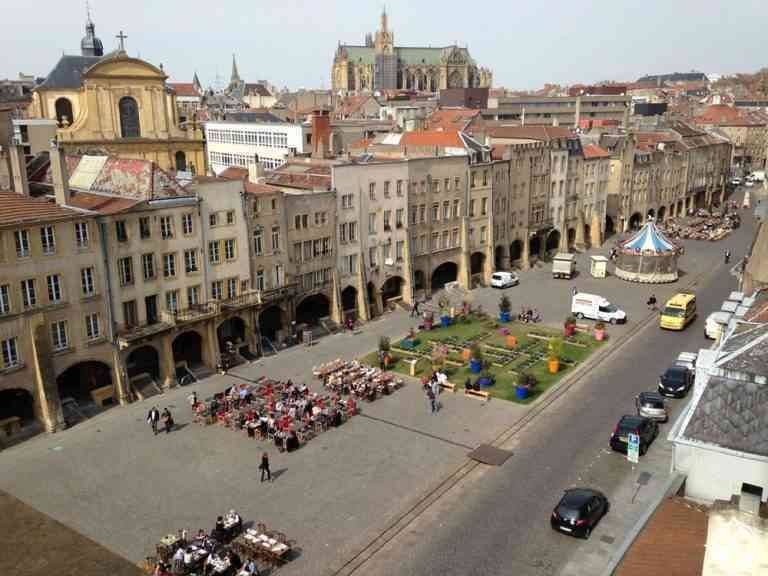 St. Louis Square is located in the city center specifically in the neighborhood of “Colin Saint Croix” and it is considered one of the most famous squares in the city so it comes to life day and night and includes many historical buildings that are worth seeing. They are designed in the Italian style along with the availability of cafes and restaurants in them, so you should Sitting in one of them and having a traditional meal alongside a cup of coffee and in the courtyard, you can get to know the local people closely.

“Neove Temple” .. the tourist places in the French city of Metz .. 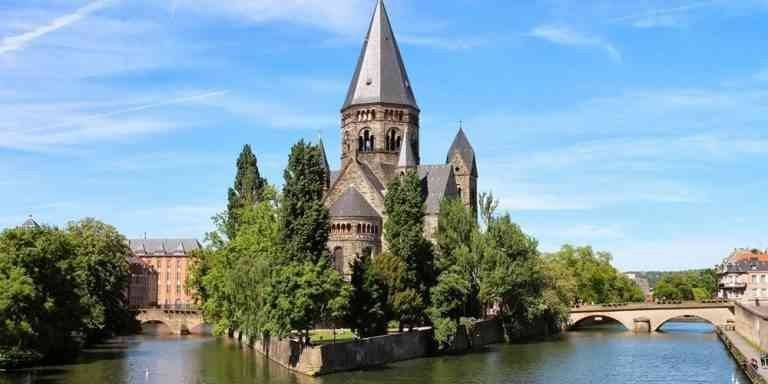 New Temple The temple is distinguished by its unique location on Quartier des Isles in the middle of the “Moselle” river, which gives it a beautiful atmosphere. It was established in 1904 AD from sand stones that reflect the beauty of the architecture at that time.

“The old train station” .. the best tourist attractions in the French city of Metz ..

It is considered one of the most beautiful tourist attractions in the city and one of the oldest and it still works so far to transport travelers and goods so we advise you to visit it to take a look at it as its beauty appears in the beautiful buildings in it.

Fort De Queuleu. The best tourist places in the French city of Metz 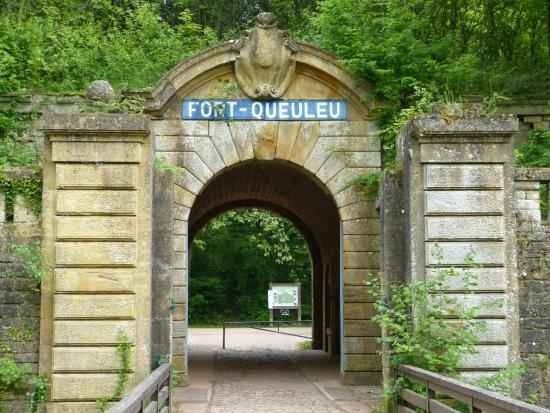 Fort De Queuleu is considered one of the best forts in the city. It was established in 1868 AD by the French and went through several modifications from 1872 to 1875 AD by the Germans and became a historical landmark open to the masses since 1971 AD. The fort was created with the aim of defensive purposes at the hands of the architect “Zonsa”, you have to walk around to get to know him and see the various equipment used in the wars, and the tour guide shows you a lot about it.

Arsenal Concert Hall .. the most important tourist places in the French city of Metz.

We recommend you to visit it, dear tourist, as it is devoted to classical music, there are close to the park of the park, about 200 celebrations are held between September and June by the French orchestra, the hall accommodates more than 1500 people and there are places designated for reception and restaurants serving food appetite .

“Esplanade Garden Of Metz” .. Tourist places in the French city of Metz .. 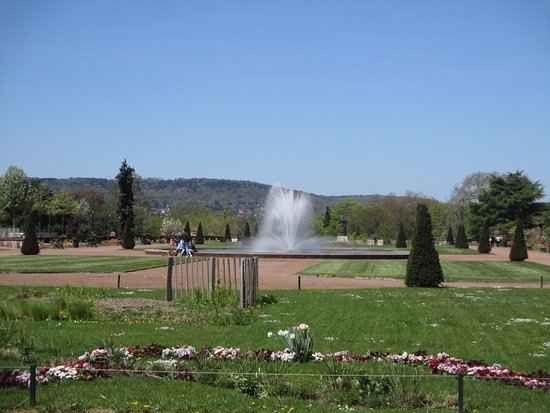 Esplanade Garden Of Metz The park is characterized by its large area which reaches 9200 meters, it was established in 1816 AD over the remains of an old castle dating back to the 16th century, distinguished by its French style and opened to the masses in 2010 AD so go to it dear tourist to spend fun times amid the landscape where the trees And flowers, play soccer with your children, or race to run and ride a bike. You have to take a break. The beautiful fountain and have a snack then complete your tour and stroll through the designated tracks. 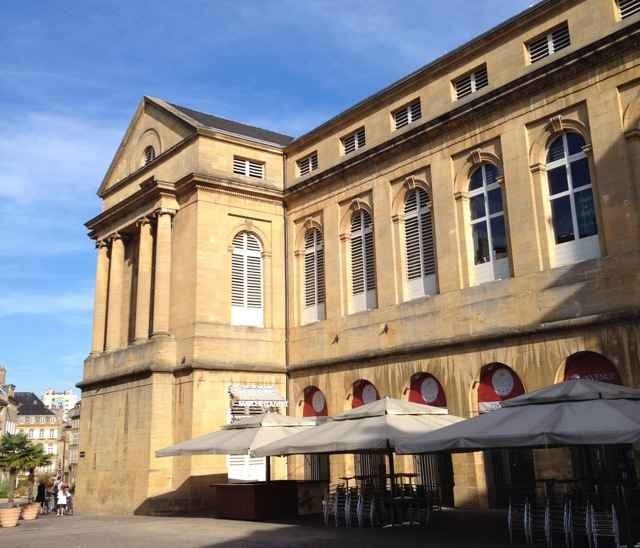 Metz Convered Market is not only a market but a historical landmark, it was established on the palace of “Bishop” and it is one of the best markets to offer all food products. There are about 40 stores selling vegetables, fruits and meat in addition to other products that are suitable to be distinctive souvenirs. So buy whatever you like, especially handmade products.

Tourism in Edirne, Turkey: and 7 of the most beautiful tourist places in Turkey.