Tourism in The Hague .. The Alpenhof Collection, The Hague museums and the most famous Divin Forde castle

The city of The Hague is the third city in the Netherlands in terms of area, and the seat of the Dutch government is located, and it is also home to the royal family and it is an ancient city full of history, which is indicated by many wonderful museums, institutions and art galleries, and the Hague is characterized by many areas and places of tourism and entertainment that spread in Every place in the city, especially since it is located near the North Sea, which allowed the officials in The Hague to establish the famous coastal resort of Scheveningen in the Netherlands, and the city of The Hague includes a large number of ministries, bodies, government embassies and other international organizations such as Punch International Justice.

Tourism in The Hague

The Hague is famous for art and artists in various fields and therefore it is called the City of Arts, and its wide streets provide an opportunity for tourists to roam around and enjoy its scenic landscapes and other opportunities for enjoyment and entertainment spread throughout the city, as the city is famous for its beautiful vast squares, parks and beautiful residential properties, so Tourism is one of the largest source of the economy in The Hague, as the whole city comes second in terms of Dutch tourist cities after Amsterdam, and statistics show that in 2012 the city of The Hague attracted more than one million two hundred thousand tourists From different nationalities of the world.

The best places of tourism in The Hague

Binnenhof is the most beautiful building group, with impressive designs

The Binnenhof is located in the oldest district of The Hague, which is a group of buildings with winding and irregular surfaces, has been built around a large courtyard, and the origin of the buildings of the Alpinhof dates back to 1250 AD, where the construction was linked to the construction of the central castle, and then successive rulers took these buildings The headquarters of the ruling aristocratic families throughout the Dutch history, and the Binnenhof currently includes the Parliamentary Councils, and also includes the wonderful Ridderz Hall, which is also called the Knights Hall, which is the hall that has been used for many years until now in official receptions, while in the northern region there are rooms The official seat of the Dutch Prime Minister. Read also: Travel advice to the Netherlands 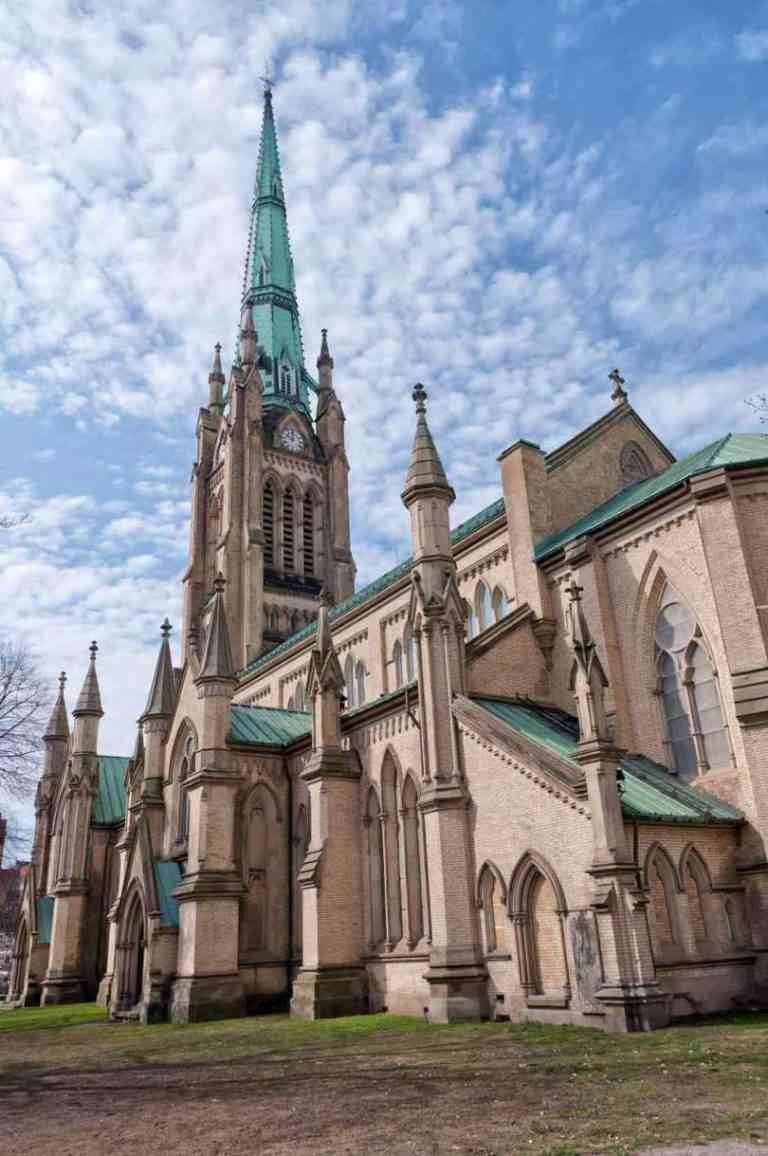 There is no doubt that religious institutions attract tourists from different parts of the world, and the St. James Church is considered one of the most important architectural masterpieces in The Hague, and what distinguishes the kangabah is that it is built in the Gothic style and is a unique architectural style dating back to the fourteenth century, and over time new sections of the church were created where A zoals tower has been added, which is a giant tower that reaches a hundred meters in length. The church is distinguished by its hexagonal geometric shape as well as the huge bell that everyone inside the church can see hanging above the tower. Many tourists come to visit the church and go up to the tower and enjoy the charming view over all parts of the city. 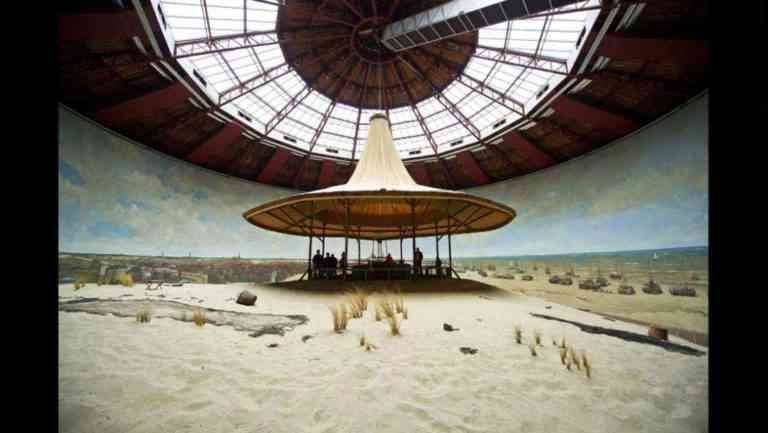 Because The Hague is distinguished by art and artists, tourists come specially to see its artistic landmarks, the most prominent of which is the Mesdag panorama, and this panorama is a giant artistic painting with dimensions of 120 meters in length and 14 meters in height, and this painting was designed in a huge circular way in order to make an impact 3D, drawn in 1880 by Mesdag and his wife, will produce Mesdag, in collaboration with Van Hooten and some other artists. Sandy, wa A painting is always indirectly lit from the top, and because it contains many huge sand dunes and a number of real scenes, the visitor senses his presence in the midst of these beautiful landscapes, and the panorama building also contains a number of paintings drawn by Mesdag and his wife. Read also: Nearby cities From the Netherlands .. picturesque and fun cities

Dutch archeology museums … the best places to visit in The Hague 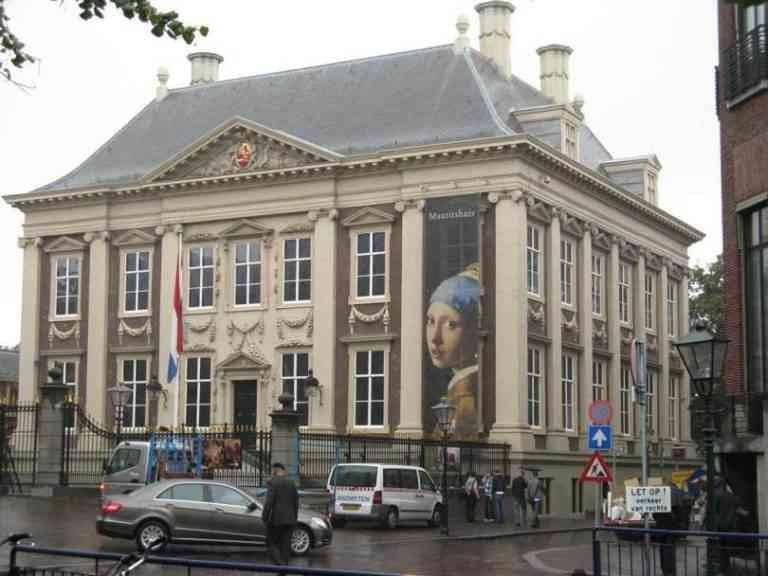 The Mauritshuis Museum is considered one of the most important ancient and huge architectural masterpieces that were established in 1641. The Mauritshuis Museum is one of the most important places of tourism in The Hague and even the most visited of these places, and among the most prominent features of the museum is the small room that refers to the old cabinet, This room includes a lot of valuable items and artifacts, in addition to a number of paintings, the most famous of which is the anatomy of the famous artist Rembrandt. 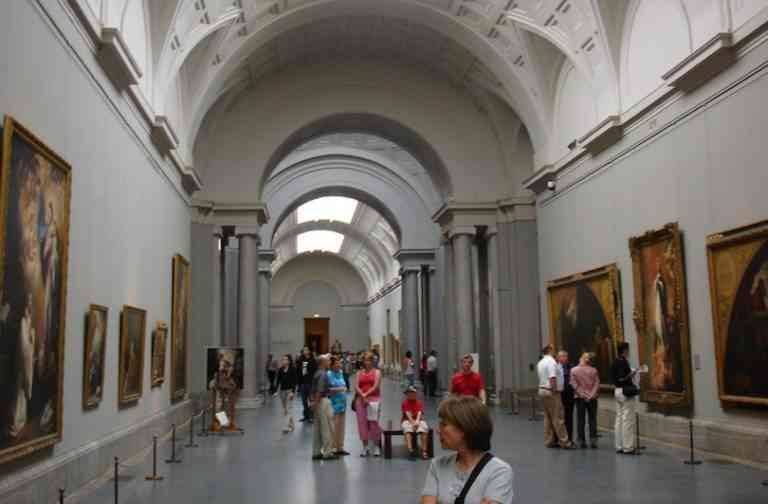 This museum is located in Duinord residential neighborhood and is a modern residential area, and the museum is located in the public park in the middle of the neighborhood, and the garden and museum are surrounded by a number of houses that were built according to the style of traditional Dutch architecture, and the Gement Hague Museum is one of the most prominent architectural monuments that tourists are keen to see, It was designed in 1935 by “Hab Perlag”. Currently, the Gement Museum has been dedicated to displaying a wide range of materials related to the history of the city, in addition to some paintings and art exhibitions in the city dating back to the nineteenth and twentieth centuries, in addition to paintings, the museum includes p Da applied work and decorative using exquisite ceramics, furniture, silver and various metals, which distinguishes the museum from others that he cares besides all the above offer a range of traditional classical musical instruments are also Alhadith.aqro: Cities Netherlands rural Dutch countryside

Duivenvoorde Castle is the oldest tourist attraction in The Hague 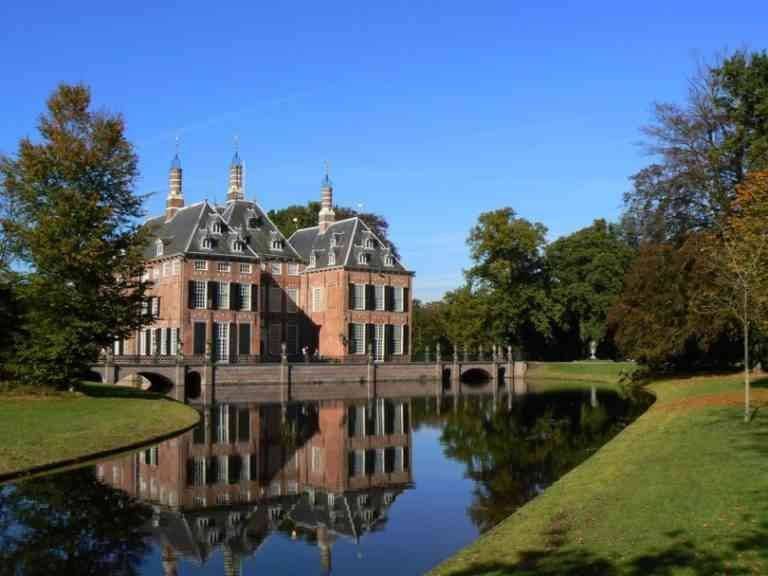 This castle is located in the city of The Hague in the north-eastern side of it, and its history dates back to the year 1631, which drives tourists to visit it extensively because it contains the same decoration and old furnishings that were preserved, and also contains in its rooms many purposes of royal family photos, and some pieces of Delphi porcelain And large quantities of Chinese and European porcelain, in addition to that it includes many metal artifacts, and the castle is the oldest tourist area in The Hague, and its garden is designed in the English style.