Tourism in the Indian city of Madras .. the capital of the South combines the past and the present

Madras or Chennai, India, is the civilized capital of the Tamil Nadu region. The city is located on the southeast coast of India, and is characterized by its beautiful beaches, heritage temples and archeological churches. The city is famous for many delicious delicacies as it is a place for shopping at the local and international levels, which made it a distinctive destination for tourists, Tourism in the Indian city of Madras will not be daunting after this article.

Tourism in the Indian city of Madras

The city of Madras provides its visitors with a mix between the past and the present because of its tourist attractions and stunning nature, and among its most famous features are Marina Beach, the Portuguese Church, and it is considered the capital of cars in India. It was established in 1661 AD and has a population of about 7 million people.

The State Museum and the Chennai Railway Museum are the city’s two most famous museums, and are rich in archeological and trade union collections. The Madras Museum also includes the largest collection of Roman antiquities, and the city has a third museum called Perla Planetarium, and the city’s museums are among the best places to visit in Madras. 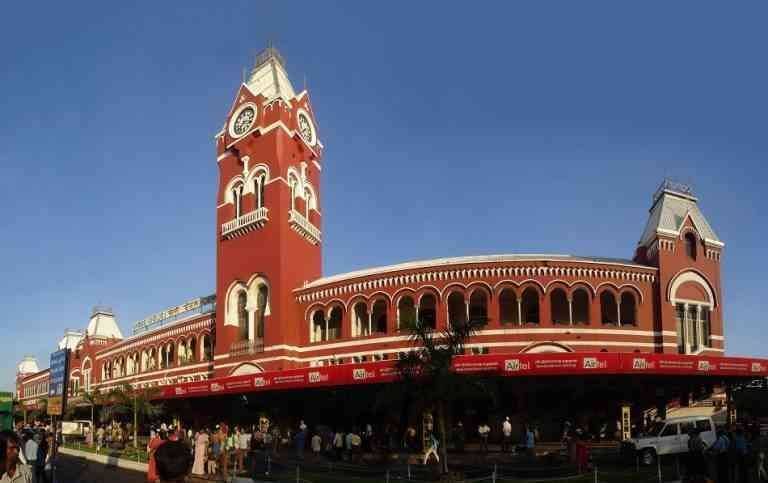 Madras has a number of tourist attractions in Madras, the most important of which are Chittende Palace, Palatial House, Fort St. George, and Chibok Palace. St. George Fort also known as White Town is one of the most popular heritage buildings and the best tourist places in Madras.

In Madras, a number of memorials were built, most notably, a memorial to war victims, the Madras War cemetery, the Rajiv Gandhi monument, and the MGR Monument on Marina Beach, and the Anna Monument.

There are a number of monuments in Madras, the most important of which is the statue of Kanagi, the statue of work or victory, and the Napier Bridge, in addition to the Valvar Kottam, which is similar to the chariot of the temple standing near a local lake.

Chennai “Madras” is famous for many historical monuments built in the Hindu style, such as the Chennai Central Railway Station, the southern railway headquarters, the Madras Supreme Court, the Connemara Public Library, and the headquarters of the Southern Railway, and is one of the most important tourist attractions in Madras.

Madras has the largest number of heritage buildings in India after Kolkata, the most famous of which is the distinctive Ripon building with its classic neoclassical style of architecture and is located near the central railway station so do not miss his visit from traveling to Madras, as you find in Merdas Senate Building, Vivekanandar House, Victoria Public Hall , And the National Art Gallery. 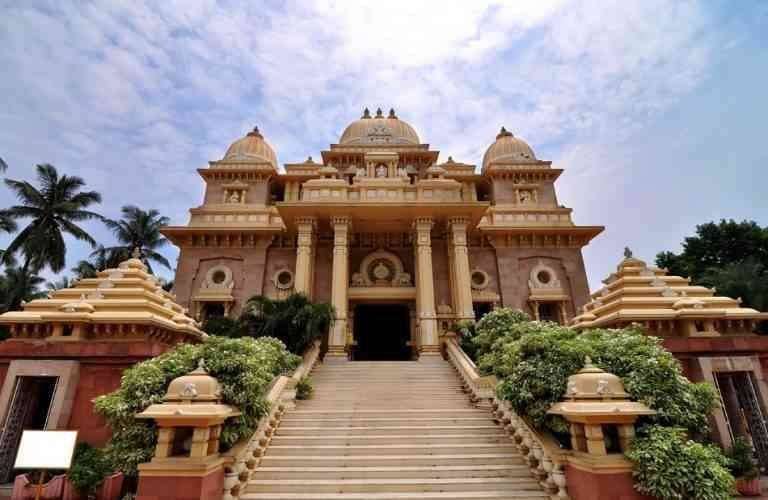 Heritage buildings – Tourism in the Indian city of Madras

The Mughals were built in the Madras al-Kabir Mosque in the Mughal architectural style, and it is considered one of the most beautiful places of tourism in this Madras alongside the Adhwa Mosque, which is one of the largest mosques in India.

The city of Madras is home to some of the most famous temples in Tamil Nadu state. The Kapaleshwarar Temple is dedicated to Maylapur Lord Shiva and is one of the tourist places in Madras that must be visited. .

Madras is considered the destination of the pilgrims of India, where they go every year to St. Thomas Basilica Church, as it is one of the 23 basilica found in India and one of the five basilica in Tamil Nadu and is one of the best tourist attractions in Madras, and there are also in Madras a number of Christian monuments as a shrine Saint Thomas, St. Andrew’s Church and the Mausoleum of Saint Annie Vailankani. Also read: Tourism in Hyderabad India

Natural places for tourism in Madras

Madras has four exquisite lakes, Lake Chembarambakkam located about 40 km from the city and one of its water supply tanks. Other famous lakes around Chennai are Chitpot Ari, Pongudi Lake, and Pulicat Lake, which is considered one of the most important tourist places in Madras because of the calm and comfort it provides its residents with the ability to ride boats and fishing as well as it contains a rare group of birds such as flamingo and the ruins of a Danish castle From the 17th century. 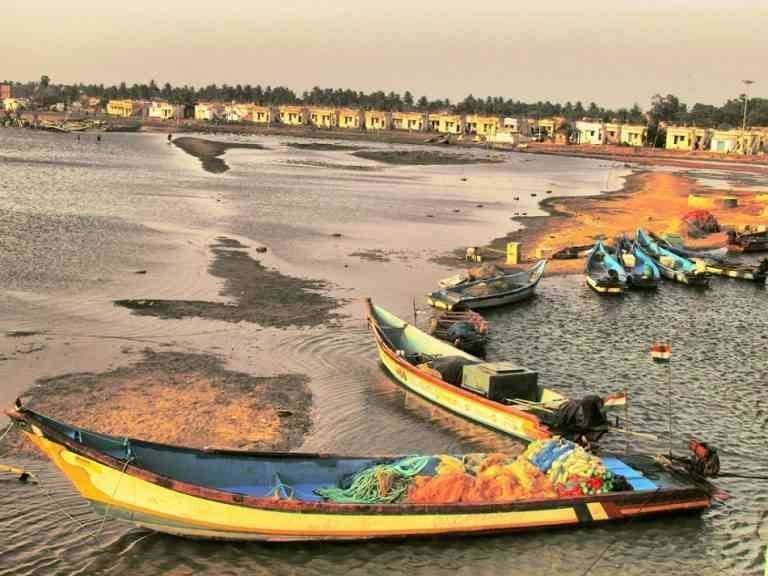 Lakes – tourism in the Indian city of Madras

The city of Madras includes a number of public parks, the most prominent of which are: Gondae National Park which is the smallest national park in India, and it has beautiful forests, lands and lakes, Bank of Madrasa Crocodile and Fidanchang Bird Sanctuary, along with Arignar Anna Zoological Park is one of the tourist places in Madras and the largest zoo in India In terms of area, and the first in India, where it was established in 1855 AD in the Moore Market and was transferred in 1976 to Vandalur and an area of ​​510 hectares, and contains 170 types of wild animals such as tiger, lion and hyena, and it is available for elephants riding and safari. 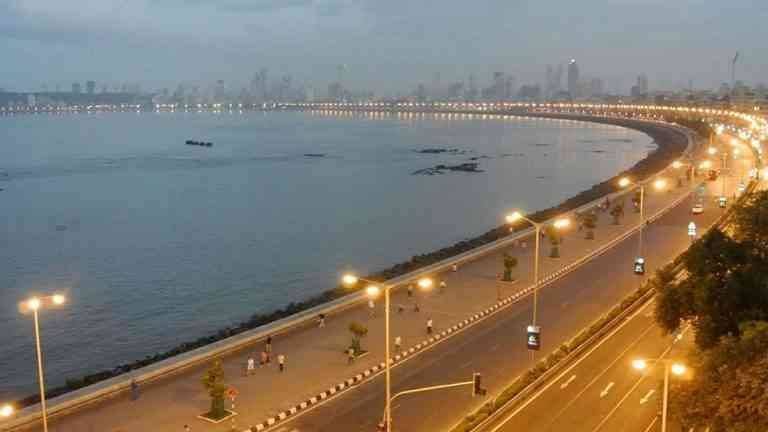 Beaches – tourism in the Indian city of Madras

For water-lovers, you can find in Madras Queensland Theme Park in Bonalamale alongside MGM Dizzee World and Kishkinta Theme Park, and Madras water parks are known to contain a number of water tanks and slides. For lovers of green spaces, Semmozhi Poonga Botanical Garden is a major tourist attraction. In Madras; an area of ​​20 acres and includes some exotic plants and rare plant species up to 500 species. The garden also features an artificial duck pond, fountain light and various varieties of flowers and trees up to 100 years old, which is one of the places that attract children and the elderly because of its interest By the state. Also in Madras are Anni Besant Park and Anna Nagar Tower. 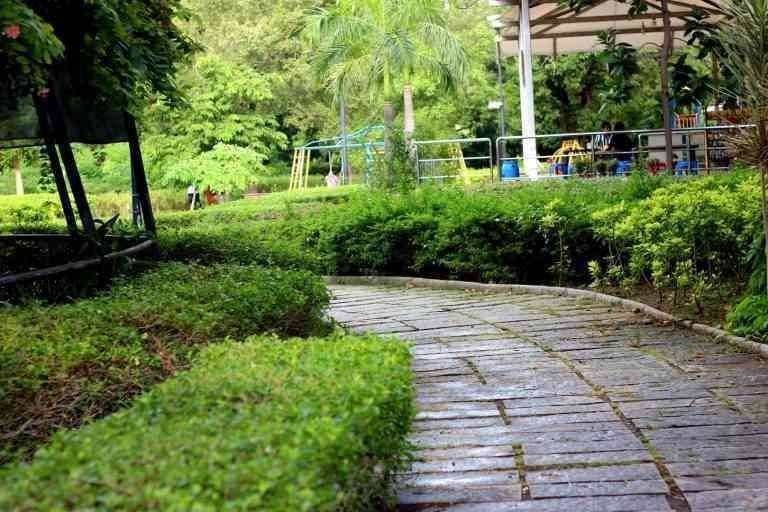 Entertainment places in Madras – tourism in the Indian city of Madras

Kanchipuram is located 74 km from Madras and is a destination that must be visited on a religious, historical and cultural tour, and is considered one of the seven sacred cities in India, and was chosen to be one of the heritage cities in HRIDAY, in addition to the city of Mahabalipuram, Pondicherry City, and the city of Vellore. In Madras, the two-lane East Coast Highway along the Bay of Bengal connects Chennai to Kuddlore via Pondicherry.

Madras culture is rich in a number of arts, such as different forms of dance and Karanti, and the Baharnati dance is the most famous Madras dance, a classic dance originated in the temples of Tamil Nadu, famous for its elegance, expression, tenderness and challenges performed by both men and women in traditional clothing. Madras hosts the school music season where a number of international musicians compete Those with high qualifications in the theaters of Madras, make sure, when traveling to Madras, that your visit coincides with the date of the music season. Madras also celebrates several festivals, most notably the Harvest of South India “Pongal” and Eid Al-Diwali, as well as the holidays of Islam Like Eid al-Adha and Eid al-Fitr, the city is famous for its women’s traditional flavors.

The school kitchen is considered to be a somewhat vegetarian kitchen; the city is famous for many vegetarian and non-vegetarian dishes as it is a pleasure for food lovers and do not forget that an experience when tourism in the Indian city of Madras, its foods are distinguished by its variety of spices, rice mixes, coconut milk, dates The Indian. 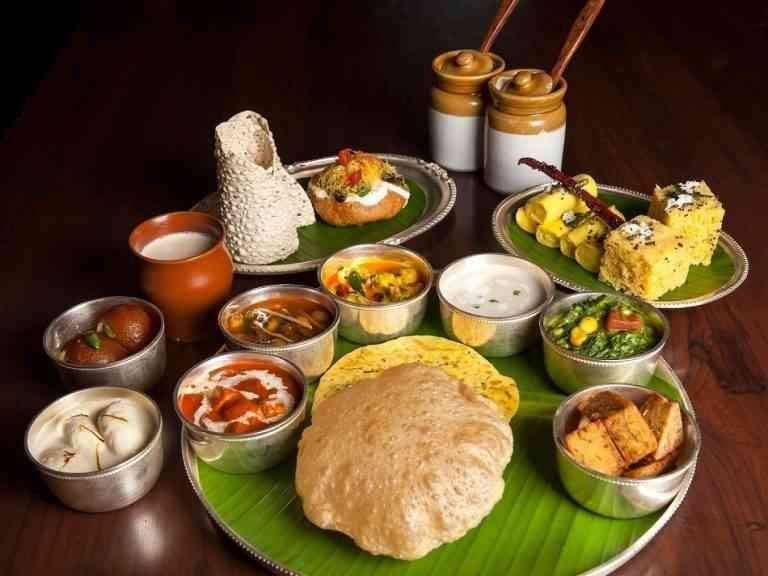 Food in Madras – tourism in the Indian city of Madras, Chennai

During the tourism trip in the Indian city of Madras do not forget to buy some souvenirs for this wonderful city, and Spencer Plaza is one of the oldest and largest shopping centers in the city, and the Najjar neighborhood, which is home to several multi-storey stores devoted to silk, textiles, gold, silver and diamonds. As for the wholesale markets, it is George Town and Paris Corner contain almost everything, and Mint Street is the host for the Gujarat and Rajasthan local communities, along with Burma’s electronic media shelf, Moore Libraries Market, and modern malls.