Trogir is one of the best tourist destinations located on the Dalmatian coast, enjoying a magnificent atmosphere and enchanting views with a long history dating back to 380 BC. Style.Trogier is distinguished for its luxurious hotels and restaurants, along with 15th-century monuments. It can be easily reached and freely roamed without facing any difficulties or problems.

If you want to enjoy the road trip and touring the roads of Croatia on your own, you can rent your own car to go on a pleasant journey. Driving on the roads of Croatia is easy and convenient as all highways are designed with the highest and latest technology, to reach Trogir you must walk within the road between Zagreb and Split, which is Among the best roads in Europe. You need a global driver’s license and a copy of car insurance. There are many car rental companies all over the country and you can find one easily within the airports.

The bus is the cheapest means of travel to Trogir as it connects you as quickly as possible so the journey does not take more than half an hour, you can take bus No. 37 from the center of Skuska Bus to reach your destination effortlessly.

Another fun way to get to Trogir where you can enjoy the scenic landscape and the enchanting country atmosphere. The Jadurelinga Ferry Company provides transportation on those transportation from more than one destination throughout the country.

The best times of tourism in Trogir

Before you plan to travel to any country or city you must check the best and most appropriate times to travel, Trogir has a moderate climate most days of the year. March_August: These seasons are the best time for tourism in Trogir where; temperatures range from thirty-nine Fahrenheit to one hundred Fahrenheit, what It provides you with freedom of movement, wandering and hiking as you want.September_November: Another suitable period for tourism in that city where temperatures range from thirty-six to eighty-two Fahrenheit.December: December is a popular time for those who wish to travel during the winter with mild weather, temperatures reach in This chapter to thirty months T increase for up to fifty-nine during the afternoon.

Strolling and walking around the city of Trogir

Touring Trogir is a special pleasure for many, where they can get to know the city and explore its beauty in their own way, wherever you go about it, you find the corridors full of heritage and the scent of history.

Trogir is famous for its cuisine and its ancient history, and for being a coastal city, its dishes take on the character of the Mediterranean. You find foods that depend on fish and seafood. Besides olive oil and cheese of all kinds, this is in addition to smoked meats and other types of meat.

Shopping in the city of Trogir

Shopping in Trogir is not difficult, wherever you go you find souvenir stalls, and painters who sell a number of their distinctive paintings in addition to popular markets and malls.

You can buy souvenirs from almost anywhere within the old part of the city or at the waterfront, where you find vendors displaying their different merchandise on both sides of the bridge and inside the corridors and the various walkways.

Little Loggia is one of the most popular markets in Trogir dating back for many years, and today it is famous for selling distinctive pieces of jewelry. There is also a Trogir market that dates back more than two hundred years and is also known as the bazaar, it is located at the main gate of the city and is famous for selling various types of local food.

As for the commercial centers, there are; City Center One, Joker and Mall of Split all provide different commodities from different international brands with prices that suit your expenses, whatever it is.

This cathedral is one of the most important places of tourism in Trogir as it is considered one of the best architectural features in it, and it is also known as the St. Lawrence Cathedral. It established an ancient church place opened by Muslims in 1193 and completed the construction process in 1500, the church is equipped with three corridors and is marked by a door designed on Romantic style. 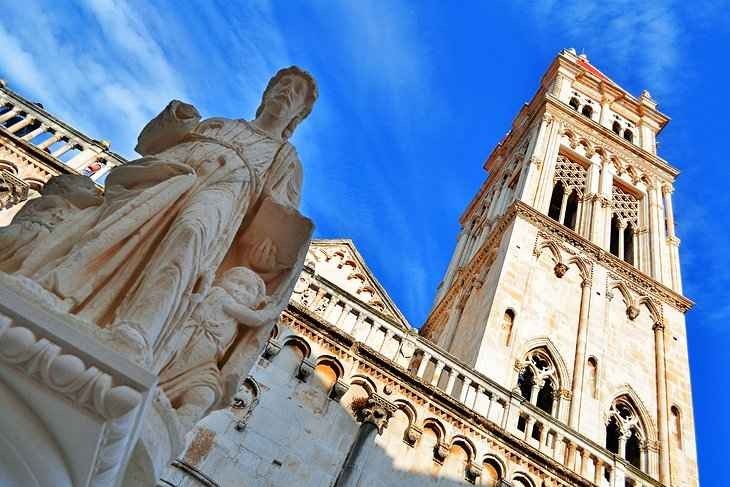 Located in the main square near the main entrance to the St. Lawrence Church, Sibiko Palace is classified as one of the best places of tourism in Trogir. 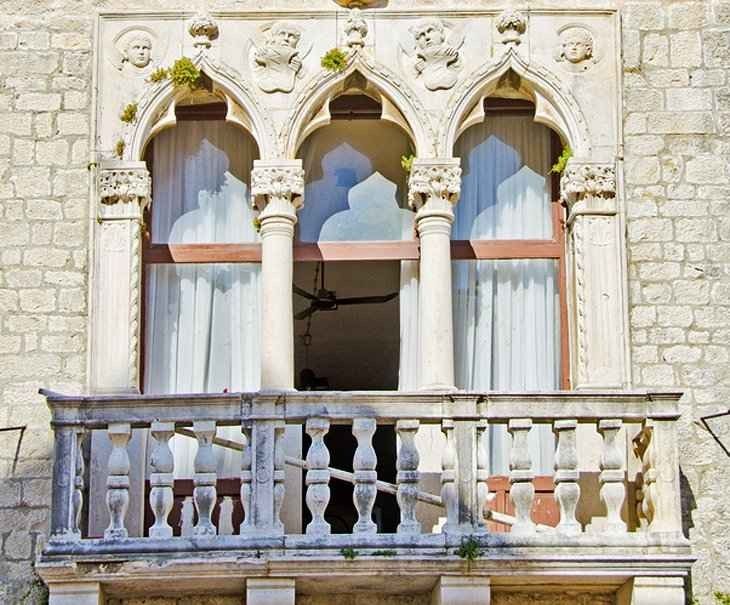 Kamerling Castle is one of the most prominent tourist places in Trogir, where it dates back to the beginning of the fifteenth century when it was established by the Venetians and the Governor’s Palace was then. For St. Mark’s Tower it was designed in the Renaissance style in a circular manner, in order to protect and defend the water channel between the island and the lands City. 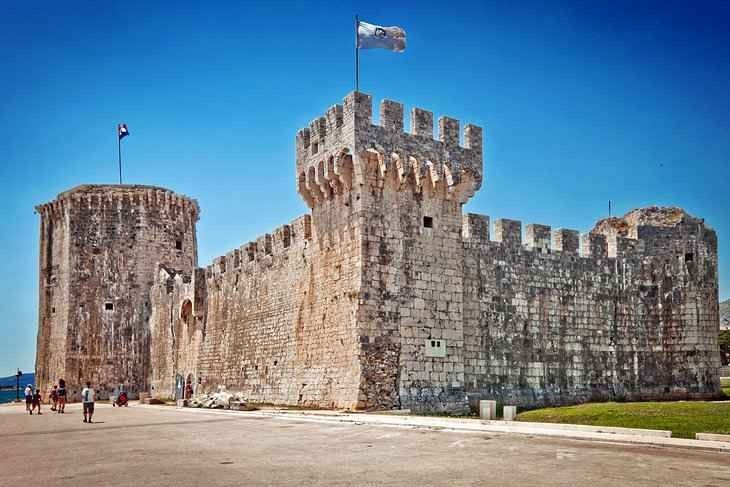 Copnina means a period in Croatian, and is located among the most important tourist attractions in Trogir, where it was; the main entrance to the city in the fifteenth century and an important part to defend the city walls during the period of the Venetian rule. It was re-established in the seventeenth century in the Renaissance style, and among the most prominent features is the Lion of Saint Mark Above the arch of the main door, which is the symbol of the gun. Surrounded by lots of cafes, restaurants and shops, this makes it one of the most interesting places to visit in Trogir. 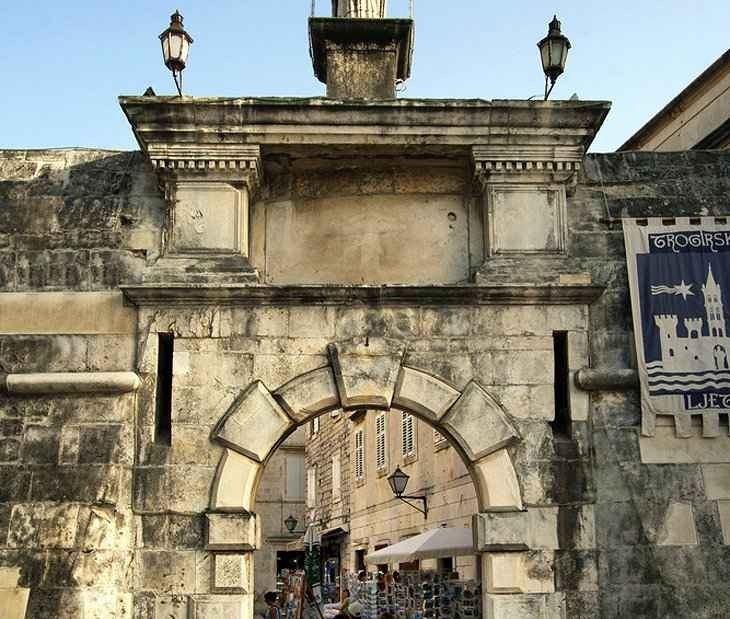 The Clock Tower and City Loggia

The clock tower and the city of Loggia are among the best places of tourism in Trogir, where the tower was part of the Church of St. Sebastian, which was founded in the fifteenth century and is located near Loggia. It is distinguished by its blue facade with its dome roof, next to a famous statue known as justice. A small building with impressive carvings, as well as a number of columns that decorate its façade. 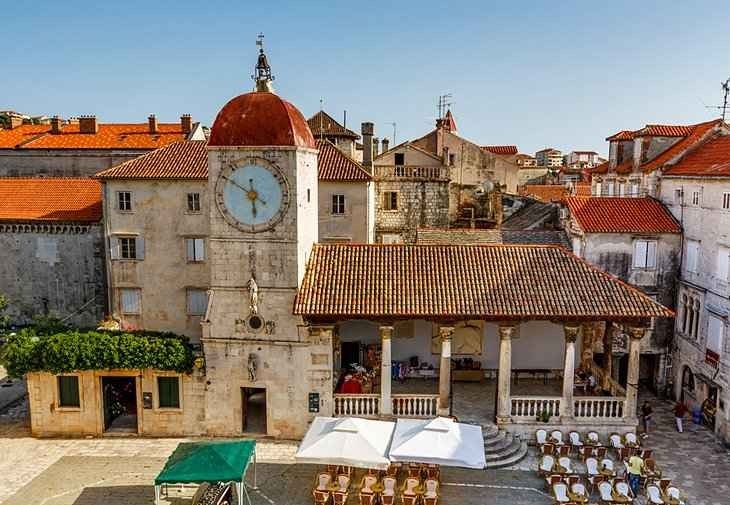 The Clock Tower and City Loggia

The Church of St. Peter Peter

One of the tourist places in the city of Trogir that must be visited, since its establishment dates back to the fourteenth century and is distinguished by a number of wonderful designs. Like the carving of the Shepherd Saint who carries the Bible in his hand and two manuscripts looking down, there is a set of wonderful drawings that include works by famous artists such as Moulinari and Lazarini . 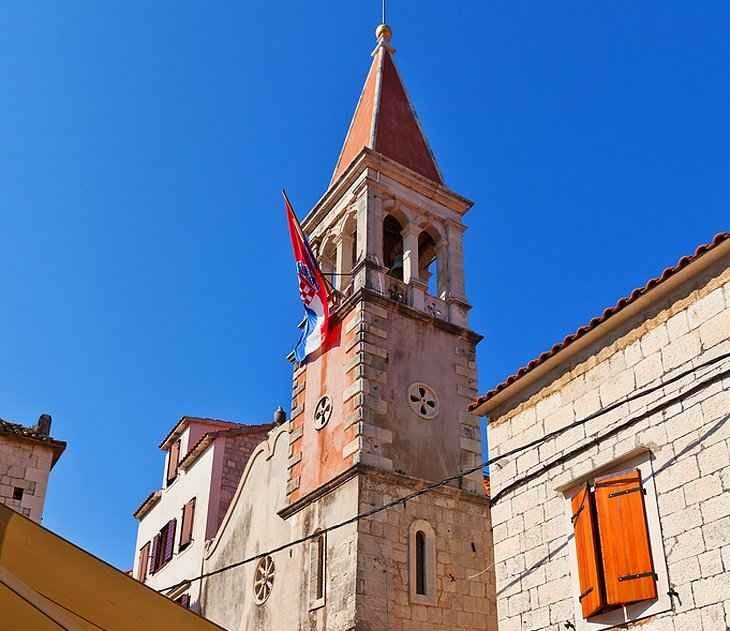 The Church of St. Peter Peter

One of the best tourist attractions in the city of Trogir founded in 1265, and has undergone many reforms and additions, so it abounds with many archaeological monuments. Inside it contains a group of important tombs, most notably the tombs of Evan and Simon Sobota, in addition to a number of religious monuments and works of art that places it among the most prominent places Tourist in the city of Trogir. 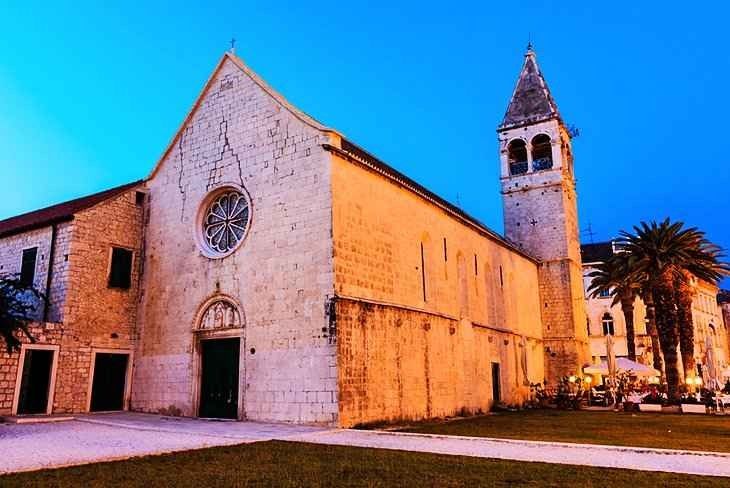 Another destination of the touristic places in Trogir that perpetuates its history and significance, was founded in 1066 with a bell tower added later in the sixteenth century. Within it is characterized by the Baroque style with a number of sculptures belonging to a group of important personalities, you also find invaluable artworks such as kairos; A distinctive monument depicting a scene of Greek mythology. There is also a collection of ancient drawings that include works by famous artists such as; Antonio Zanche, Paolo Veneziano, and Niccolo Grassi. 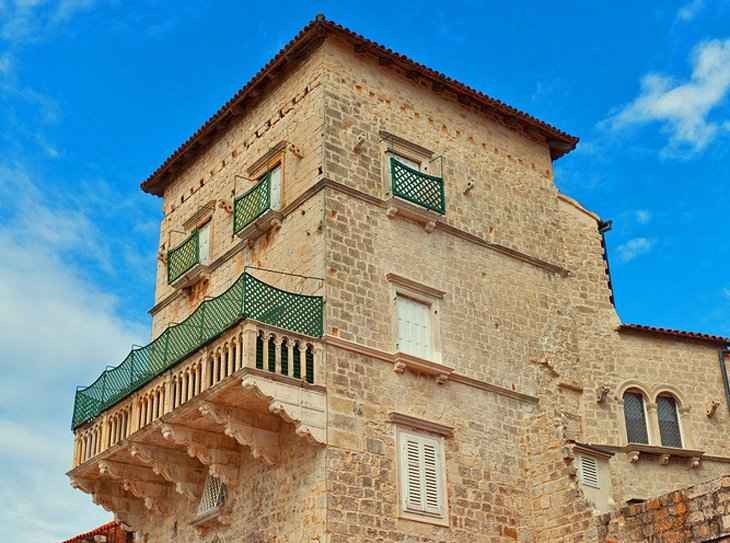 The town of the port

The town of Marina is one of the most beautiful places of tourism in Trogir, where; it has a charming view of the waterfront and is only twenty kilometers from the city center. It enjoys a picturesque beach adorned with pebbles and sand, next to two churches characterized by their unique architecture; St. Lucian Gothic Church and St. John’s Church in Renaissance style. 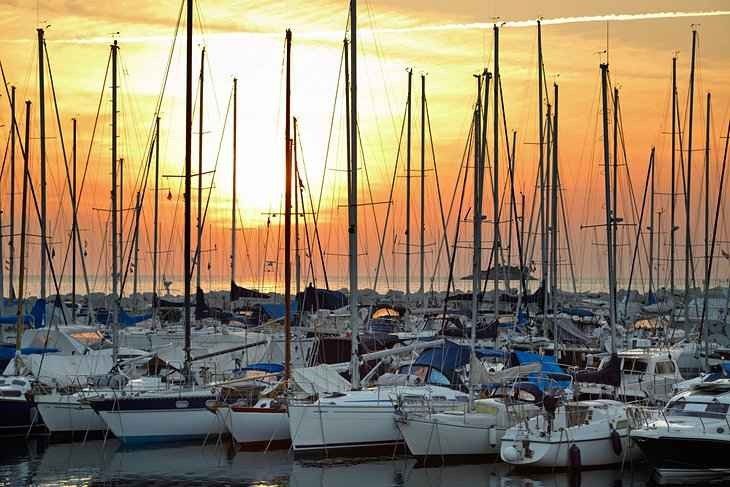 The town of the port