Tourism in Tunis, a trip to the “antique” city, the most beautiful green city in Tunisia …

Tourism in Tunis, dear, the tourist, Tunis, gives you comfort and relaxation because of its wonderful sandy beaches and mountains in addition to its ancient civilization. Arab travelers give you the most important tourist places in Tunis in this article.

Find out .. the best times to visit for tourism in Tunis .. 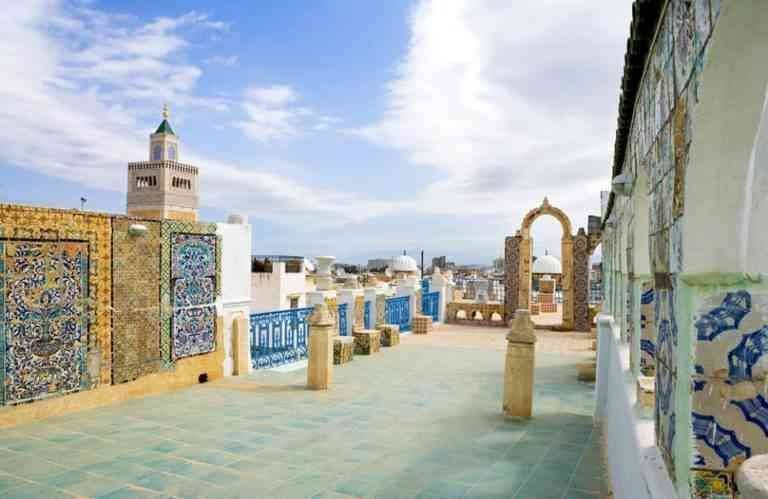 Learn about .. The best times to visit for tourism in Tunis .. Tunis is characterized by the climate of the Mediterranean Sea, its four seasons are wonderful and suitable for visiting at any time, the summer is moderate and humid on the coastal areas and hot dry in the desert areas, while the winter is moderate and the best time to visit Tunisia in the period from October to May, where temperatures range between 12-27 degrees Celsius, in order to avoid hot climates, as the spring months witness the peak of the tourist season due to the increase in the number of tourists who want to listen to see Jasmine City, where flowers fill the streets and squares and go to safari in the desert at this time with Del. We advise you to spend a week dear tourist in the city of Jasmine If you want to spend the summer vacation on the beautiful sandy coasts and attend festivals wonderful you travel in the period from June to September also. Read: tourist sites in Sousse in Tunisia, “the Tunisian jewel” ..

Your guide to the most important tourist places in Tunis. 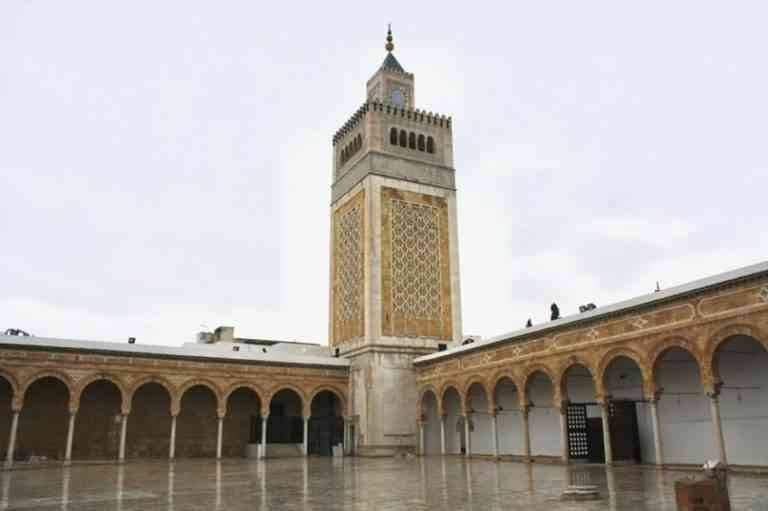 Your guide to the most important tourist places in Tunis. Tourism in Tunis … guarantees you to spend a special trip. Despite the small city of Tunis, it has succeeded in becoming a major facade for thousands of tourists every year, it is inexpensive and suitable for youth and family trips because it combines The picturesque nature places and ancient historical buildings that combine the present and the past, and through which you can experience different civilizations. Here are the most important of these tourist places: * “The ancient city” is the old part of the city of Tunis and is located above a hill on the sea and witnesses the arrival of a large number of tourists. * “Zaytuna Mosque” One of the oldest mosques in the country Arab and the first university in the Islamic world and the most famous tourist attractions in Tunisia and is characterized by its calm atmosphere that sends tranquility in the soul next to it there is “Sulaimaniya School”, it is one of the historical monuments of the Ottoman era in Tunisia and organizes seminars and conferences in the medical fields and health preservation. From tea in one of the restaurants, “The Kasbah Square” is the most appropriate place and this square witnessed the Tunisian revolutions and sit-ins in the country. * You cannot miss visiting museums that fill the city, such as the “Barrow” museum that displays Roman mosaic paintings and dates back to before In addition to having a café in which you can rest and eat something with it, the Museum “Tunis City” to learn about the city’s architectural and cultural history from its inception to the present time and it also provides documents and information of interest to researchers, the “National Movement” Museum which attests to the period of struggle against the French colonialism of the country and the Museum “Cinema”, which displays the history and development of cinema.

Find out .. the most beautiful palaces of Tunis 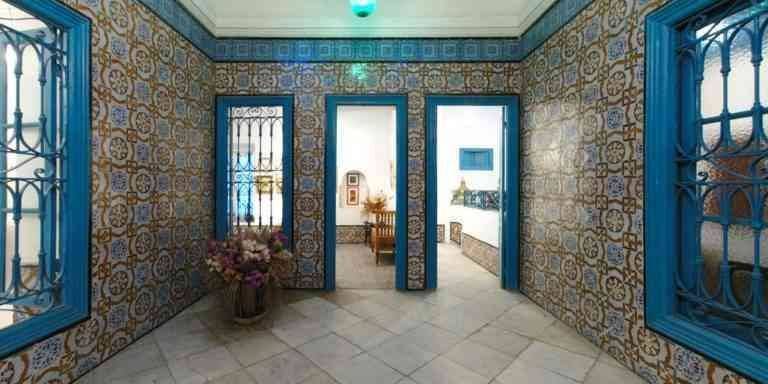 Learn about the most beautiful palaces of Tunis, the capital..Tourism in Tunis, not complete without visiting its palaces, and to learn about the history of the city, do not miss the visit of its palaces, which will make you feel that time is back, and one of the most important palaces of the ancient city is the palace of “Dar Bin Abdullah”. Andalusian and Italian inscriptions and motifs. The Dar Al-Asram palace, whose motifs are a mix between the Ottoman and Andalusian styles, and if you love music, the house organizes concerts and poetry symposiums to spread the culture. Traditional and graphic exhibitions and poetic and cultural symposia.- Dar h Yen “It is the headquarters of the National Institute of Heritage.

* The parks of Tunis, the most pleasant times. 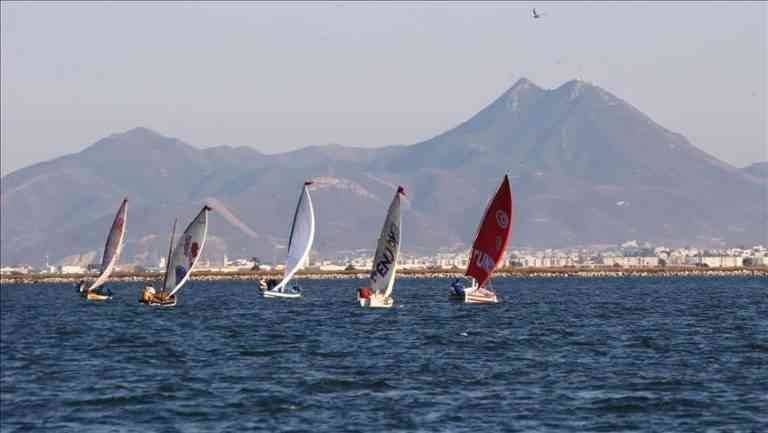 * Parks of Tunis, the capital .. and spending the happiest times .. – If you are a nature lover, go to the “Belvedere” park for walks between olive trees, palm trees, pines and other types, and you can see many birds and animals inside the zoo in the park. – For a fun time and a meal Food on the shores of a lake, you should visit “Lake Tunis”, which is ten minutes away from the city center, and is quiet away from the noise of the city. The lake is surrounded by entertainment places to play. You can visit and play games with your family or friends, the most famous of which are “Golden Bowling” and “Lake Bowling” as it is available next to The lake is many Among the shops such as Star Lake and Lake Palace, as well as restaurants and cafes, do not forget to go hiking on the shores of the lake. – Go with your children to the “Happy Land Tunisia” games city to try water games and other entertainment.

* Tourist places .. Don’t miss to visit it once you arrive in Tunis. 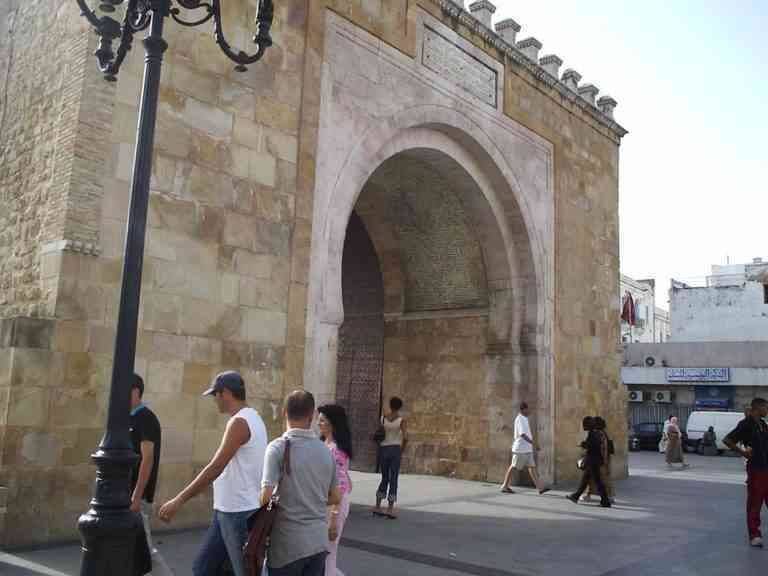 * Tourist places .. Do not miss its visit once you arrived in Tunis .. – “Soil El Bey in Tunisia” is a cemetery for the great Husseinian state in the period from 1705 to 1957 and its decorations are influenced by the Italian style mixed with the Ottoman style .– “The Cathedral of Tunis” the Roman Church Catholics in Tunisia and are located in the Independence Square in Habib Bourguiba Street. To move from our world to a wonderful world of superstition go to “Bab Al Bahr” which is one of the gates of the ancient city built in the form of an arc in the year 1860 in the form of an arc and some said that the reason for its name was that the sea water was reaching him But the fact that he was called is in the direction of the sea and was part of the wall that revives I in Tunis, but the wall is destroyed and the surroundings of Bab Al-Bahr are filled with perfumes, handicrafts and clothing, so you can buy souvenirs that express the ancient city and you can separate in prices to reach the price that satisfies you. – To purchase perfumes, accessories and various gifts that express Tunisian culture, visit “Souk El Attarin “It is one of the most famous markets of the old city in Tunisia and thousands of tourists go to it to buy their needs.” “Habib Bourguiba Street” is one of the most important streets of Tunis and the witness to the Tunisian revolution, modern history and the independence of the country. And Ruby, which resembles the Champs-Elysées Street in France and is surrounded by trees on its sides and there are restaurants, large commercial centers and hotels available. – And do not forget to enter the “Municipal Theater in Tunisia”, it is the most important theaters of Tunis and it is located in Habib Bourguiba Street.