The State of Uzbekistan is that country rich in its ancient history, which you see clearly when you visit it and once you step into one of the wonderful tourist attractions and rare archaeological and historical sites, and Uzbekistan also has a unique tourism of its kind, carrying throughout its history a lot of possessions indicating its origin.

Uzbekistan also enjoys its picturesque nature and stunning views of the plains, rocky hills, and rivers, and when looking at the map of Uzbekistan you will find its unique location, the heart of Central Asia, which is the largest country in terms of population, and Uzbekistan occupies the fifth place in gold mining.

As for its currency, it is “Uzbekistan som”, and tourism in Uzbekistan is one of the cheapest countries in the world in terms of the cost of airline tickets and accommodation, and thus gives you a distinct trip at the lowest cost.

The best seasons of tourism in Uzbekistan

The country of Uzbekistan is characterized by a pleasant climate, moderate most of the year, so it is ideal to enjoy your view of the scenic landscapes, and to practice the various external activities granted by this distinguished country to its visitors, and the best months of visit to the cities of Uzbekistan from February to May, which is the peak of the tourist season, and can also be visited In the winter months of December and January.

In the summer, the weather is dry and very hot, so we do not recommend visiting it during this season.

As for the spring, the country is in the best suit and decorated with flowers, and the green color spreads throughout it is convenient for going out and enjoying its landmarks. You can also attend the Nowruz celebrations, and the Silk and Spice Festival.

In the winter, her charm increases and she wears her white dress when it is covered with snow, so it is the perfect time to enjoy the nature of what Uzbekistan has, and can do many interesting activities.

And in the autumn, you can enjoy the warm sunshine with the cool breezes that caress your face, giving you the opportunity to wander around and discover the charming cities of Uzbekistan.

How long you can stay in Uzbekistan

You can tourism in Uzbekistan for a maximum period of 30 days, and it varies according to how long you want to stay in Uzbekistan.

The most important cities of Uzbekistan and its capital, and is the first destination for tourism in Uzbekistan because of its natural beauty, with wonderful coordination for its branches, and the large number of green spaces in it, when you tour the streets of Tashkent, you will feel that you are in an open museum of the beauty of architecture dating back to the Middle Ages which is Embracing modern European architecture at its best.

Tashkent Uzbekistan also includes distinguished tourism between museums such as the State Museum of Fine Arts, wonderful gardens and parks such as Feduliar Park, archaeological mosques and many other tourist attractions in Tashkent with wonderful pictures that satiate the tourist with beauty and charm.

The proposed duration of sightseeing in Tashkent is 5 days. 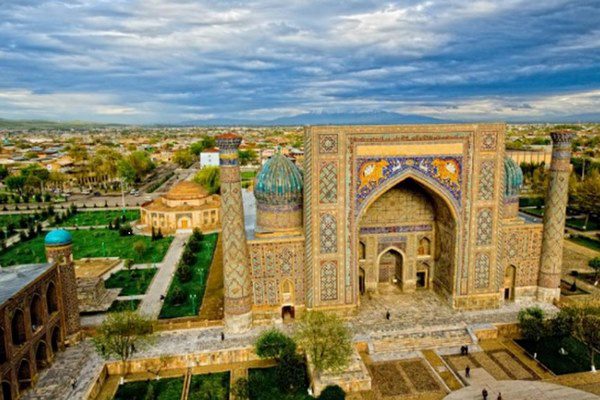 Samarkand, whose name means the Citadel of the Earth, is one of the best cities of Uzbekistan, which is said to be the largest, best and most beautiful city. It was built on the shore of Wadi Kassarin, giving it the most magnificent view in a painting painted by a delicate artist.

Samarkand is considered the crossroads of world cultures as it dates back to the 7th century BC. UNESCO has included it as a world heritage site. Samarkand includes great palaces built by King Tamerlane, such as the Delksha Palace and the Bach Janaran Palace, and it is characterized by amazing architecture that belongs to an ancient civilization, and also includes the Rajasthan Mosque and its schools , Bibi Khanum Mosque, Shah-ul-Zinda and Ghori Al-Amir complex, in addition to the Al-Qak Observatory, and many others.

The proposed duration of sightseeing in Samarkand is 5 days. 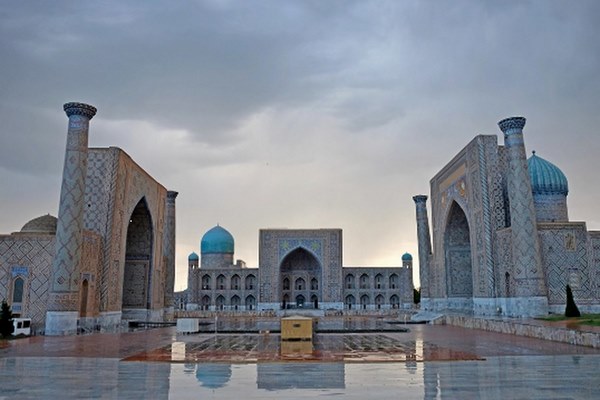 Bukhara is the fifth largest city of Uzbekistan and one of the greatest cities beyond the river and its term for what is attributed to it from the honor as it emerged from its parts the greatest imams of Islam in its various branches.

Bukhara Uzbekistan also has tourism with a distinctive nature with its unique nature between its splendid architecture and its abundant orchards, and includes 140 architectural monuments, perhaps the most famous of which are the Samanid Dome, Namazkah Mosque, Klan Minaret and Blend Mosque. Islamic schools with their antique architecture.

The proposed duration of sightseeing in Bukhara is 5 days. 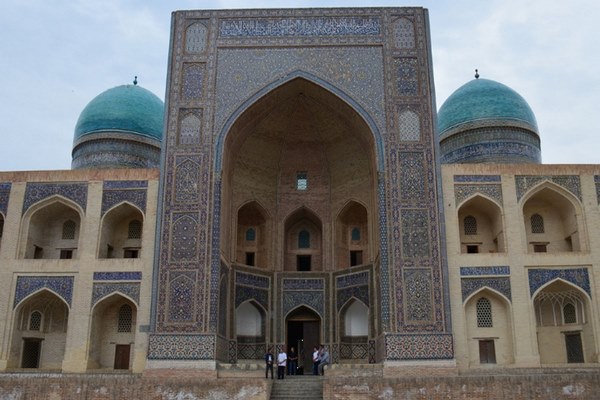 Khwarizm is the historical name of this city, but at the present time it is a city of Khywa, and it is famous as the birthplace of an elite group of distinguished religious scholars.

It includes many of the sites listed as World Heritage sites, such as the ancient minaret of Kunlig Timur, which is the highest in Central Asia, the main Khiva Mosque, which was built in the late eighteenth century AD, and the school of Islam Khoja, whose unique minaret is decorated with infinite precision and beauty, dating back to 1908 AD, And many other tourist attractions worth visiting in this distinguished city.

The proposed duration of sightseeing in Khiva is 3 days. 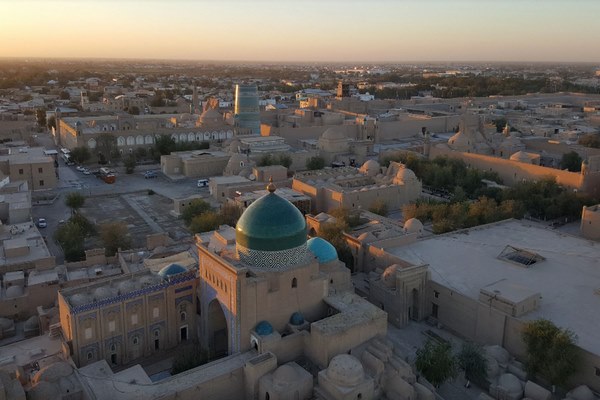 Uzbekistan has a distinguished group of hotels that are distinguished by its proximity to the most important tourist attractions in Uzbekistan, and also provides the finest accommodations. Below, we will present a list of the best hotels in Uzbekistan, according to the reviews and opinions of Arab visitors .. Read more 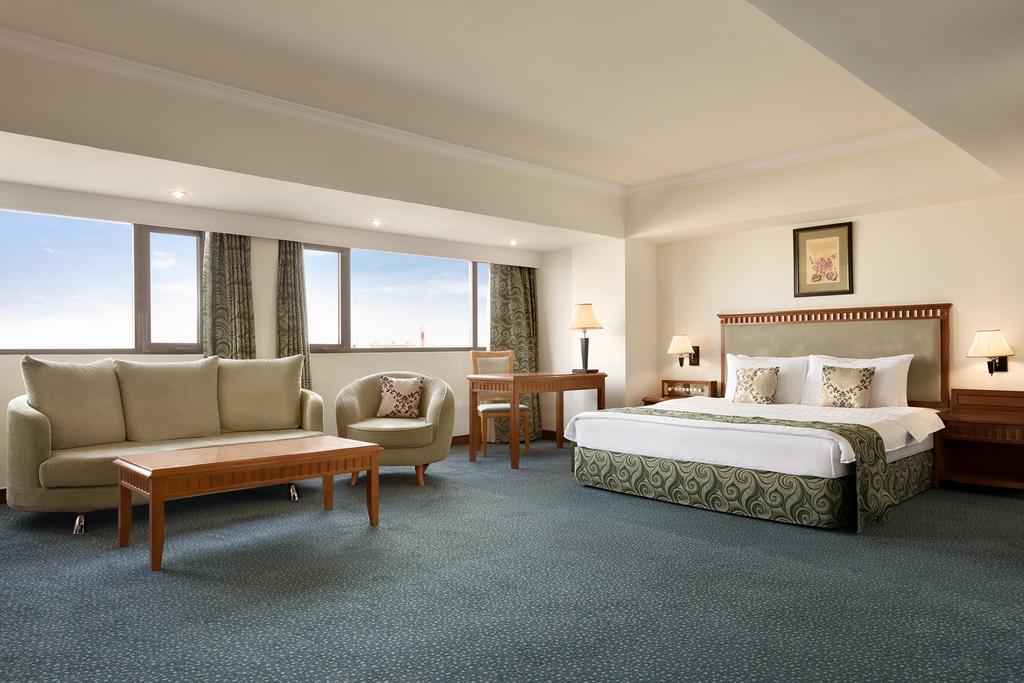 Also read: Where is Uzbekistan located and what are the distances between Uzbek cities