Tourism in Yerevan, Armenia .. and the best 11 tourist places

Yerevan: the capital of Armenia and one of the oldest residential cities in the world. Founded in the eighth century, and nicknamed the Pink City in view of the use of pink stone in building most parts of the city. It has become a distinctive tourist destination as it contains many wonderful tourist attractions such as museums, parks, and various recreational places.

The city center is one of the most important tourist places in Yerevan where it allows you to discover the cultural and historical aspects of the city. Among the most prominent features of this center are the Blue Mosque, which was founded in the eighteenth century, and the Opera Building. You can learn about the aspects of life during the Persian rule of the city, and the Soviet period through your wandering. There is also the contemporary side of the city with its modern architecture, cafes, restaurants spread over the galleries and main streets. 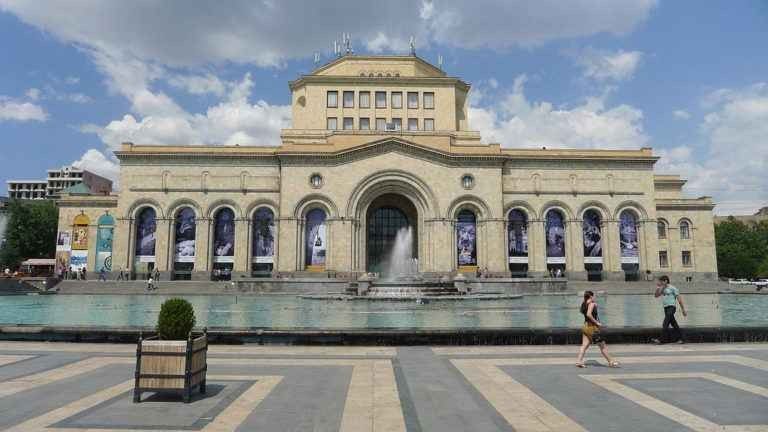 One of the most beautiful places of tourism in Yerevan, which is very popular with tourists. It is a huge staircase, allowing you to see a large part of the city. Founded in 1971 in the Soviet era, and restored in 2009, it consists of eight levels and has a picturesque view, especially at night when the lights are on. Ksad associated with the neighborhood adjacent to the era of Kenton. 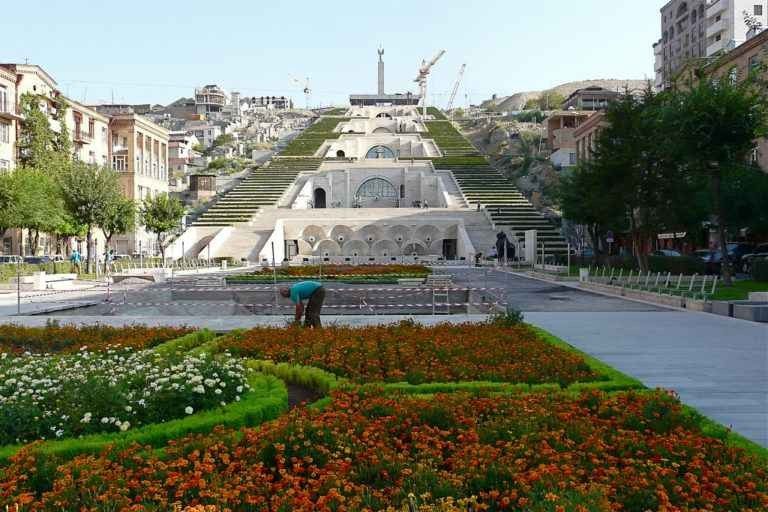 Northern Avenue is one of the most important tourist attractions in Yerevan, it was founded in the era of Kenton, and is connected to Abovyan Street through Freedom Square. It stretches four hundred and fifty meters, and its width reaches twenty seven meters. It contains eleven buildings, and four small squares, next to the underground mall. It contains the best, and most prominent stores in the city such as: Burberry, Diesel, Armani, and Steve Madden. This is in addition to a number of cafes, fast food places, and restaurants so you can take a break and have a snack after you wander. 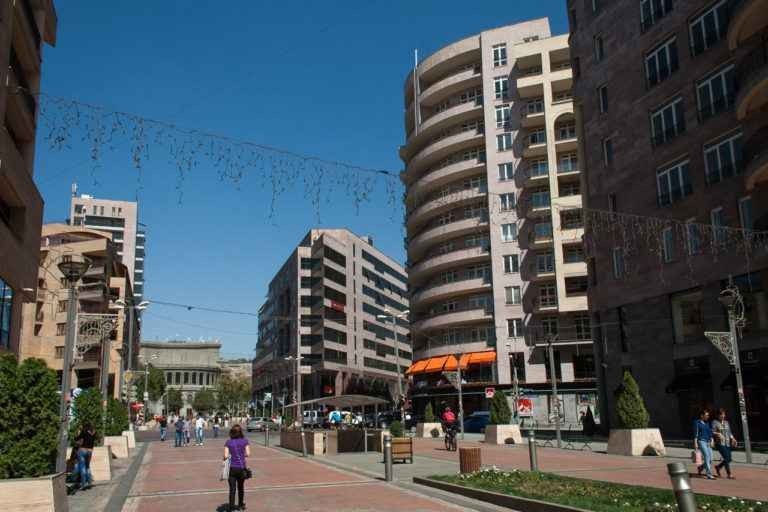 One of the best places to visit in Yerevan especially if you are traveling with your children, to enjoy a special summer vacation. It extends to three acres and includes twelve slides, seven outdoor swimming pools, two indoor pools, and two play areas. It also includes a spa, sauna and gym. 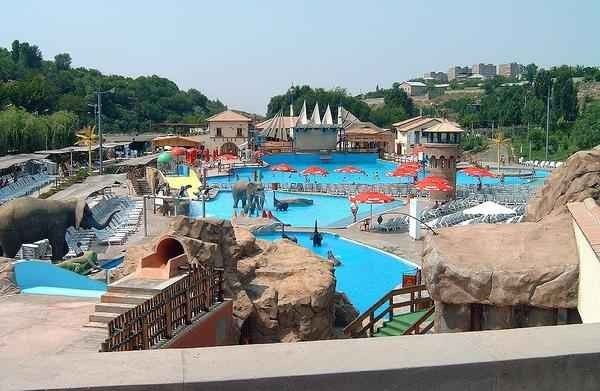 Lake Swan is another popular tourist destination in Yerevan, especially in winter. Spread over five hundred square meters, it is considered a destination full of fun and enjoyment. It is located near the opera building, with a distinctive plaza also suitable for skiing, enjoying fresh air, and stunning landscapes. 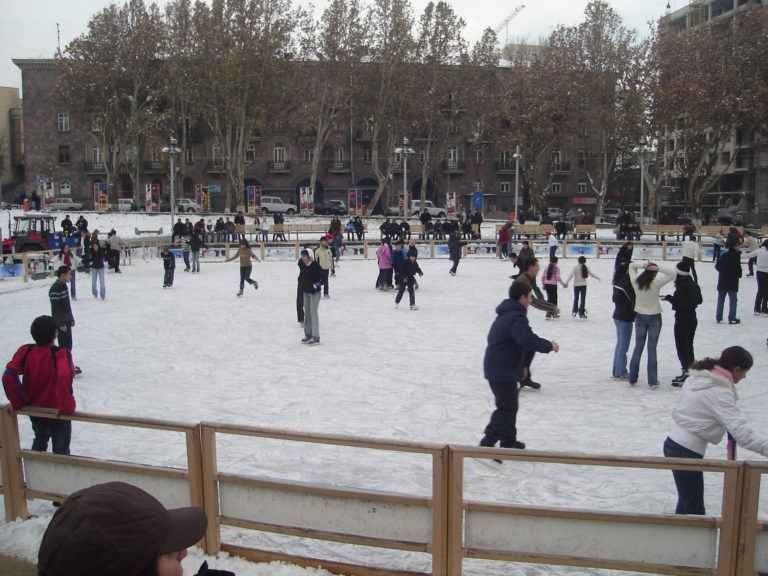 One of the places to visit when traveling to Yerevan The city has a long and ancient history, and the museum allows you to get to know it. It contains a huge collection consisting of four hundred thousand pieces. It combines anthropology, archeology, and currency science. This is in addition to the sections of modern history, with its own collections. The Yerevan History Museum contains the National Gallery of Armenia, which includes the largest Armenian collection in the country, as well as works of a number of European and Russian artists. 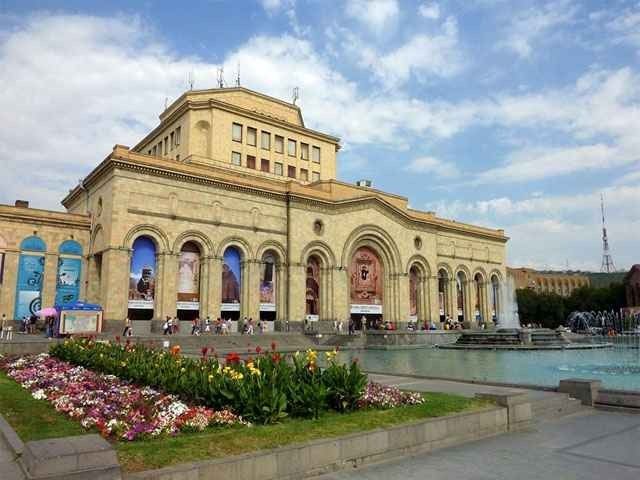 One of Yerevan’s most popular tourist destinations, art and shopping lovers. It is a huge open air shopping mall, which extends across the streets of Aram and Pozand. It was opened in the eighties by a group of artists to sell their works, and it is considered a distinguished place to buy some Armenian art pieces such as wood carvings, carpets, musical instruments, drawings, and jewelry. 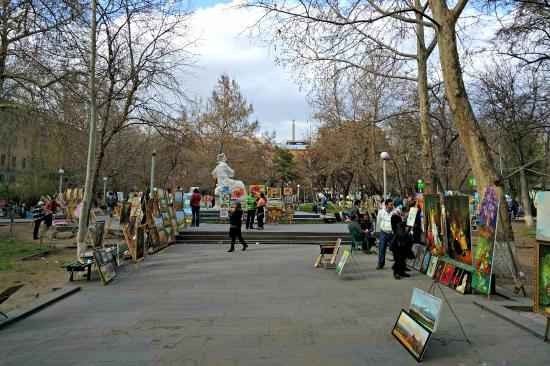 Freedom Square is a great destination to visit when traveling to Yerevan for a fun, relaxing time in the local town. It is located inside the Kenton neighborhood, and it is known locally as the Rapparak. It took fifty years to complete until the fifties, and it is possible to spend an entire day in the field where it contains many highlights including the National Museum. Beside the distinctive Armenia Mariout Hotel, in addition to the musical fountain; The main landmark of the field, which attracts the attention of many tourists. 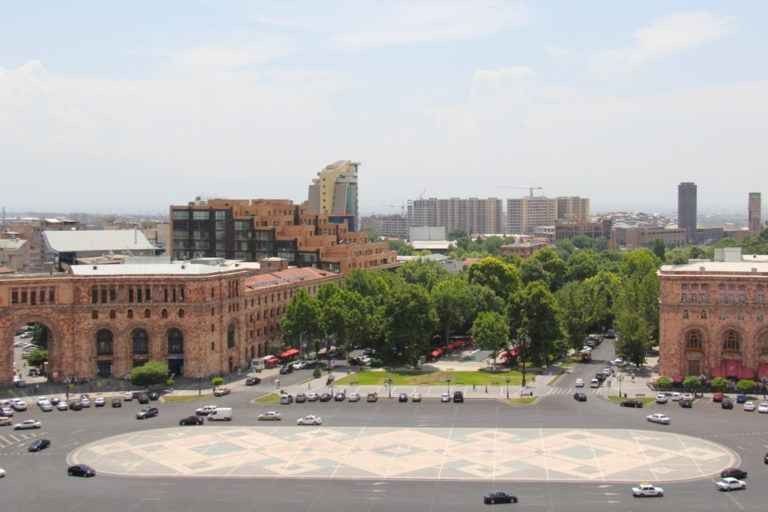 Geghard Monastery is a unique and unique building under the protection of UNESCO, which places it among the best places of tourism in Yerevan. Excavated inside a mountain, it is surrounded by a group of trees and cliffs. Founded in the fourth century, as for its church, it was built in 1215 the slopes surrounding it, part of the picturesque Azat River, which gives the monastery a magical view. 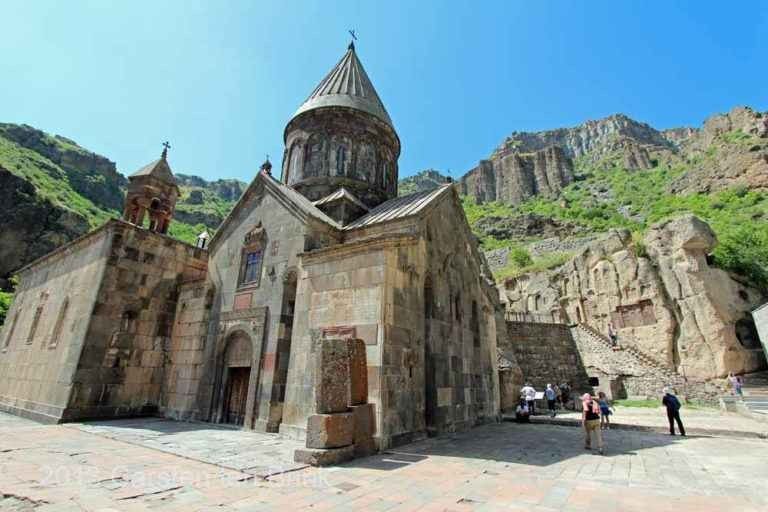 One of the most distinguished places in Yerevan, wherever you tour the city, you will find music playing in all kinds. Whether opera, rock, or even dance music. But Yerevan Opera Theater is the best where it offers great music performances, without having to spend much money or book your ticket before. This is in addition to fun high-end ballet shows. 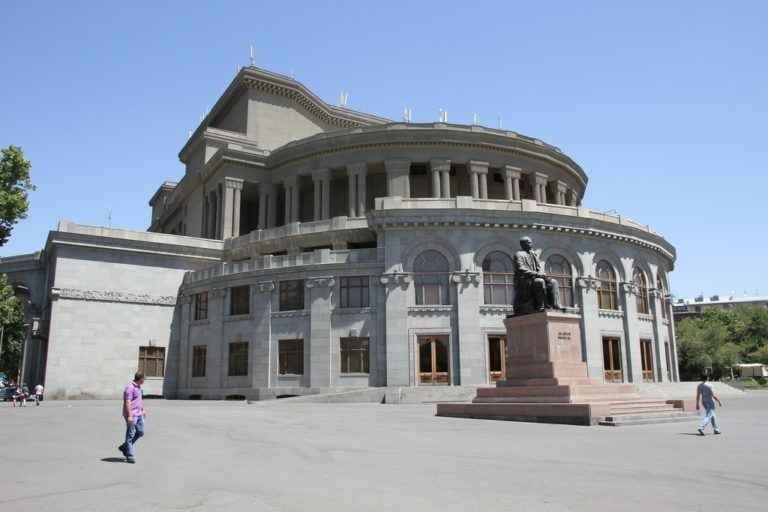 The Hrazdan Stadium is another tourist destination in Yerevan that should not be forgotten, especially if you are a fan of sports and football in particular. The stadium belongs to a team, FC Ararat Yerevan is one of the most prominent football teams in the Armenian League. He plays many fun games, so don’t miss going to him. 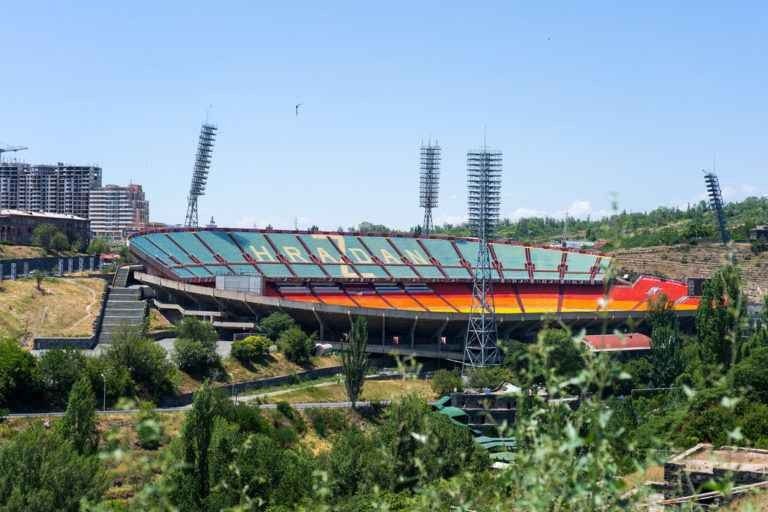