The British city of Brighton is a city located on the south coast of Britain, and it is one of the most important tourist areas near London and it has a variety of entertainment and tourist places that you can go to on a day trip from London to escape the pressures of life in it, i.e. it is the outlet for the people of London, and from these areas :

An ideal place for leisure, rest, and relaxation, it is a beach that is characterized by its clear waters and rare sands as it is gravel, especially since it is one of the tourist areas near London where you can enjoy sitting on the beach, watching the sunrise, and the sunset as well, you can also swim in its waters, and enjoy With its calm surfs.But if you love beach sports Brighton Beach offers you many stadiums for various beach sports including volleyball, and if you are a fan of water games the beach offers you an opportunity to play many water games such as sailing in a boat, rowing, surfing,Windsurfing. There is room for children to enjoy their time as a little lake is devoted to them, along with some fun games.

The Brighton Quay is one of the attractions near London and you can go to it on a one-day trip, where you can relax, enjoy calm, you can also sit on the sand around the quay, and enjoy watching the sea and its waves, as you can visit the Games Palace you and your children, it is a big games city that will be If you are a fan of fishing, you can take a yacht cruise from the dock and go fishing, there is also a place for tennis and enjoy the atmosphere of competition, restaurants, souvenirs shops are available. You can enjoy visiting different places in Brighto It is full of tourist places that you can go to enjoy on a trip one day, such as: Stanmer Park, Royal Pavilion, Brighton Marina, Preston Park, Brighton Dome. 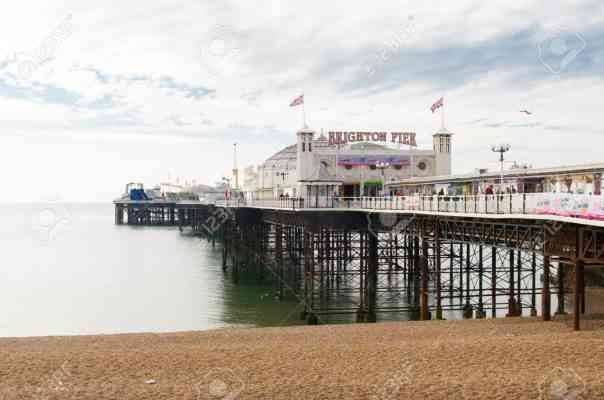 It is a wonderful historical city that is considered one of the tourist areas near London, about 89 km away from it. There are a variety of tourist places that you can go for a day trip and go to, such as:

It is an important historical site, it is considered a world heritage site, it is a historical cathedral founded in 597 AD and is therefore one of the oldest Christian structures. Also, the Hawlits Wildlife Park, Canterbury Castle, Westgate, Penny House of Art and Knowledge, Canterbury Heritage Museum, Thomas Becket Shrine. 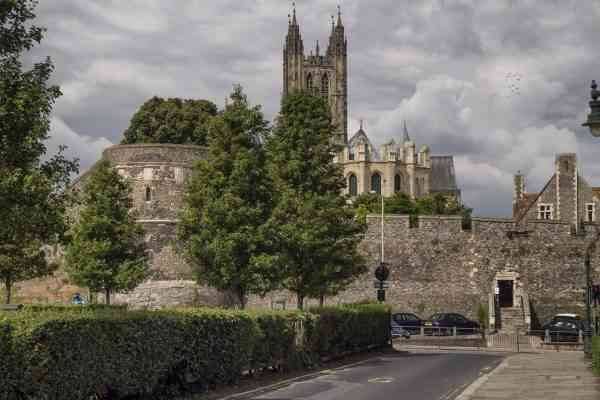 It is a city 90 km away from London, where the places you can go to escape the pressures of life vary because it is considered one of the tourist areas near London, where there are many museums that you can tour and learn about such as the Colchester Castle that turned into a museum with treasures and historical artifacts from It is ancient, and dates back specifically to the Roman era. It also includes many museums, such as the Natural Museum and the Museum of the Hour. You can also attend many, many wonderful concerts in the squares, theaters that are available in the city. 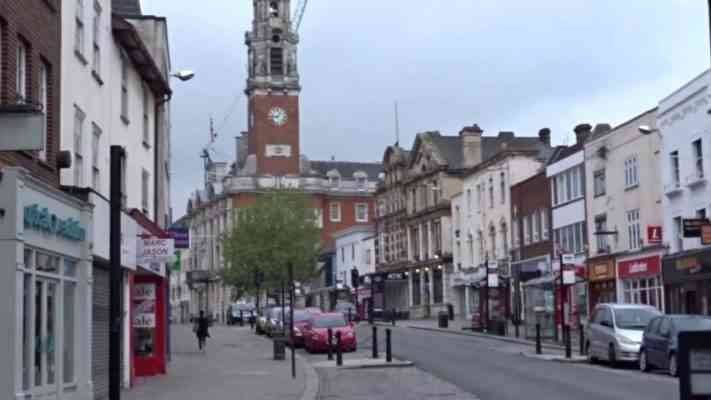 It is an ancient British city and one of the tourist areas near London, about 97 miles away, i.e., about two hours by train, you can go to it from London to enjoy its hot springs that were discovered more than 2000 years ago by the Romans, it is a major destination for spa lovers in the world Combine relaxation, relaxation and massages. You can also visit the Maritime Heritage Center, where the center shows you the stages of shipbuilding, you can enjoy watching the John Cabothe Matthew ship that was built in the 15th century. 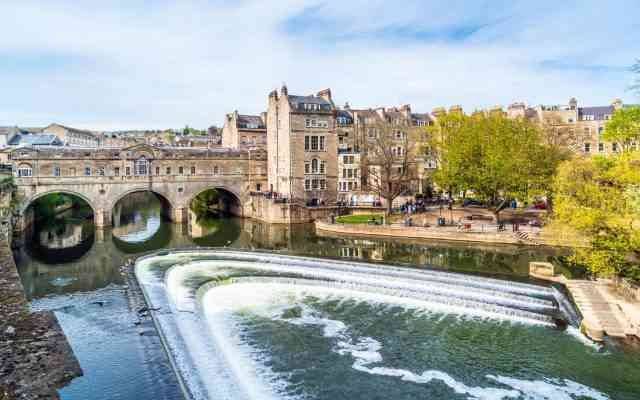 It is a region located in the south of England, about 90 miles from London, where you find the New Forest National Park, which is famous for the splendor of its coral lands, its local ponies grazing there for thousands of years, and forest paths. In the southeast of the region you find the National Motor Museum where You find vintage motorcycles, F1 racing cars, as well as animals in the wildlife park section, such as owls, wolves, and otters, which is the perfect place for you to take a trip from London and enjoy the aforementioned.

It is a big city located in the south of England on the Thames and Kennett rivers and is one of the tourist places near London, which is a city known for the annual reading festival on its land, and a wonderful music event is also organized in it and it is rock concerts in the open air and is one of the closest places to London. It contains a museum with exhibits that tell the history of the city. It also displays a Victorian replica of Bayou fabric. There is also a church known as the Monastery of Saint Mary the Virgin, and you find one of the oldest schools in Britain, the Reading School which was founded in 1125 AD. The city is about 41 miles west of London. 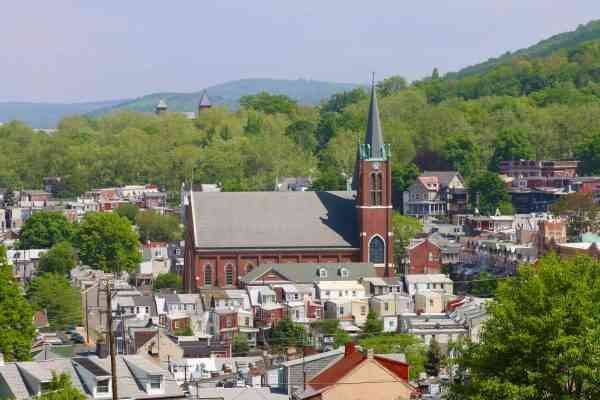 Box Hill is an area about 30 km southwest of London and located within the Surrey Hills area of ​​great natural beauty, where you can go and enjoy cycling in its green area and slopes. 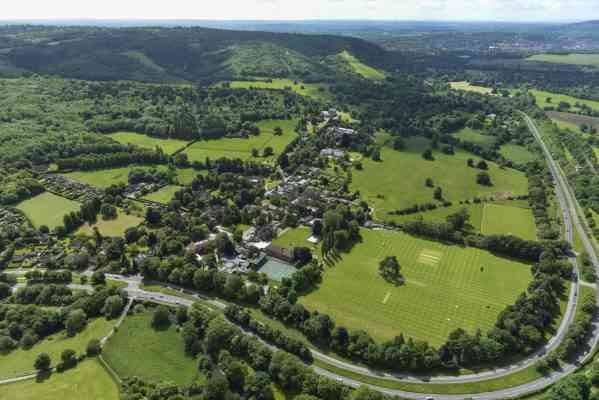 Whitesabel is one of the most important tourist places near London, and you can go to Whitstable to spend a wonderful day in it as it is a wonderful coastal city about 61 miles from London, where you enjoy its fresh air, its coastal location, visiting its port. You can also ride bikes and tour along the facade. The city’s marine, in addition to enjoying great food and drinks in the restaurants in the port. 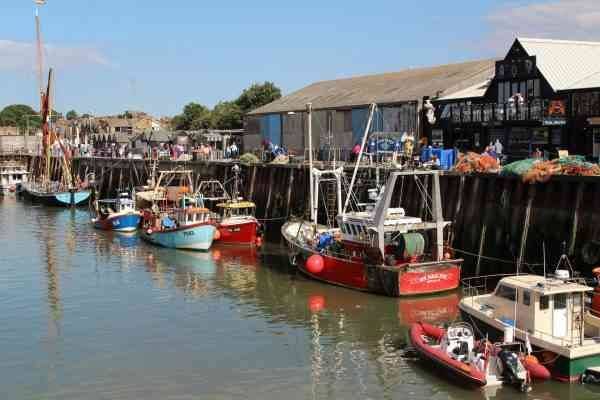 What are the most beautiful places of tourism in Rome?