Tourist attractions in Alexandria … an ancient heritage and endless fun

Alexandria was founded by Alexander the Great, and then it was subject to the rule of Queen Cleopatra; therefore, it has a history and ancient civilization, nicknamed the jewel of the Mediterranean, and it contains many wonderful tourist places, including the Library of Alexandria and the Citadel of Qaitbay.

Learn about the attractions in Alexandria..the ancient heritage, and endless fun

The Library of Alexandria established a memorial to the ancient library that was once inhabited by the city, therefore, it is one of the most important modern offices in the world and therefore considered one of the most important tourist places in Alexandria. It includes several museums, and is characterized by its wonderful design; the external structure of the library is covered with many solar panels, and it also has With a magical location overlooking the city coast. It contains a huge reading hall of eight million volumes. After that you can enjoy one of the permanent exhibitions in the library, or you can wander around the manuscripts museum, which includes an amazing collection of manuscripts and ancient texts. There is also the Museum of Antiques which includes a collection of Greco-Roman antiques, along with a number of sculptures that were discovered under water. 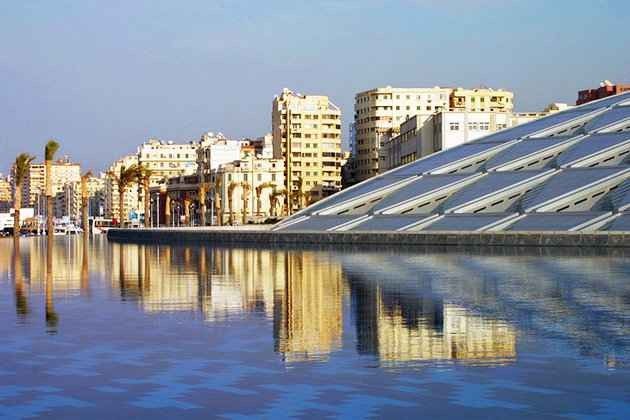 The National Museum of Alexandria; a stop station if you want to know the history of that famous city. You can start with the Pharaonic group located in the cellar, and even the group of Hellenic Peak that shows the period during which the dynasty of Ptolemy Egypt and Alexandria ruled, headed by the greater Alexandria, located on the ground floor Then comes the Byzantine, Islamic group, which is located on the first floor. The museum also includes a number of sculptures, and artifacts that have been extracted from the waters, and the interior of the land of Alexandria. There is also a map showing the shape of the city of Alexandria, during the reign of Alexander the Great, enabling you to learn about the history of the city and the development taking place. 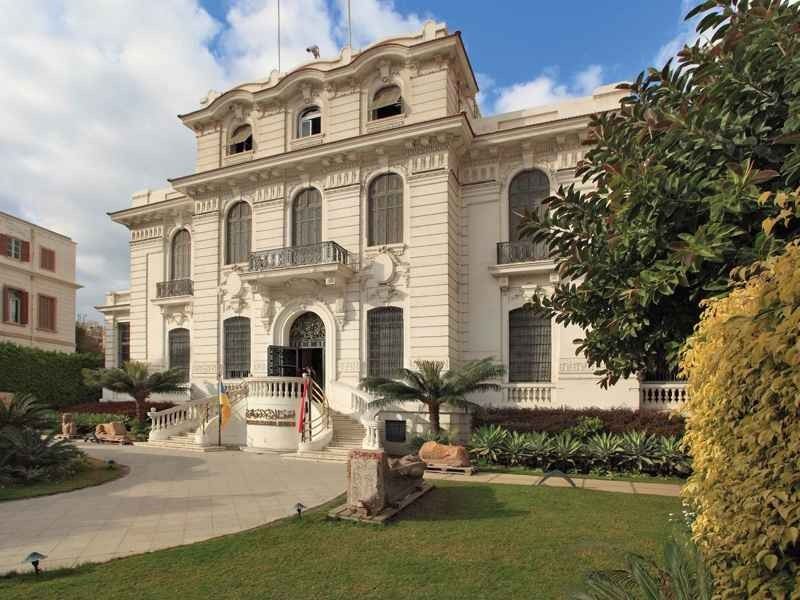 Qitbay Castle is located to the west of the main road to the city, overlooking the Alexandria coast. It was built by the Mamluk Sultan Qaitbay to protect the city of Alexandria from any external aggression. The castle was built at the site of the Pharaonic Lighthouse, which is one of the Seven Wonders of the World, which was completely destroyed in 1303 by an earthquake. Inside you can enjoy the rooms, and stone walls that fill the palace; You can also climb to the roof of the castle to enjoy a magical view of the Mediterranean Sea. 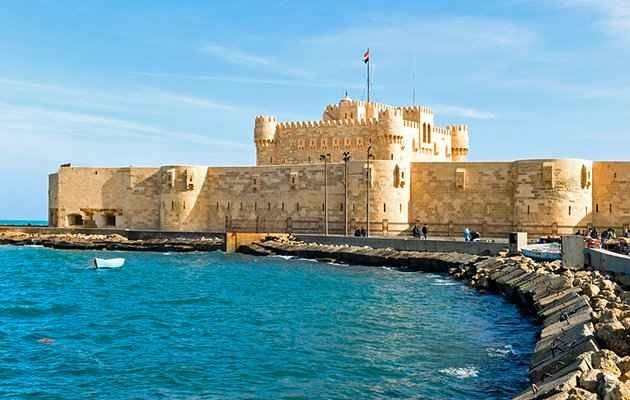 Below the city’s waterfront is the main city road, or what is known as the Corniche. It is an important symbol of the city as much as other landmarks, so it is considered one of the most famous tourist places in Alexandria. You can feel the cosmopolitan era, and the openness that Alexandria enjoyed in the nineteenth and twentieth centuries through the Corniche. And this is through the buildings and architecture of this era. You can also check out the remains of the old colonies, such as the Cecil Hotel, which hosted Winston Churchill, and the British Secret Service during World War II. This is next to the Windsor Palace Hotel, and both of them still retain their Edwardian charm. 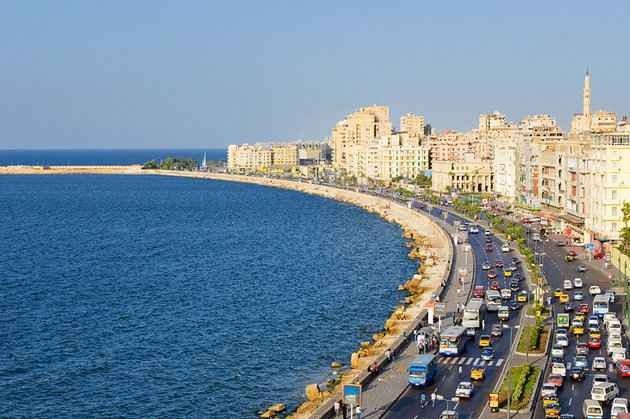 No one knew of these ancient ruins in the middle of Alexandria; until 1947 when the area was excavated, to provide space for the construction of some new houses. Kom Al-Dikka contains several ancient monuments; a small Roman theater, the remains of the Ptolemy temple, and a mosaic floor known today as the Villa of Birds . 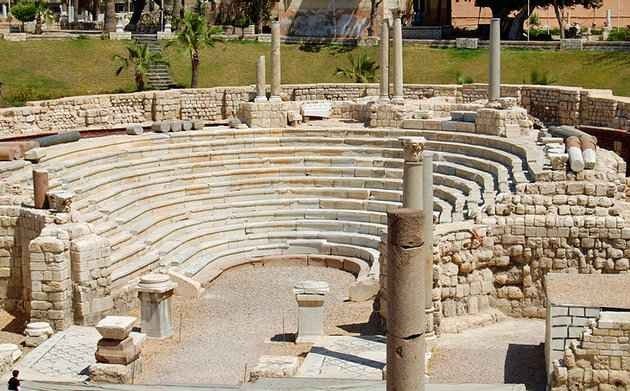 The catacombs of Kom el Shoqafa are part of the southern hillsides of Qarmous, and are believed to date from the second century B.C. This trace highlights a special type; it demonstrates cohesion, and Egyptian Ptolemaic-Greco-Roman communication. Discovered in 1900 by the fall of a donkey in it, and it consists of several floors containing several tombs. There is a series of stairs leading to the ground floor; on the right you find the main burial chamber, which contains a chapel choir, and ninety-one niches; each of them is enough for three, or four mummies. On the left you will find a huge room called the Triclinium Foniber, which was used to hold feasts in honor of the dead. 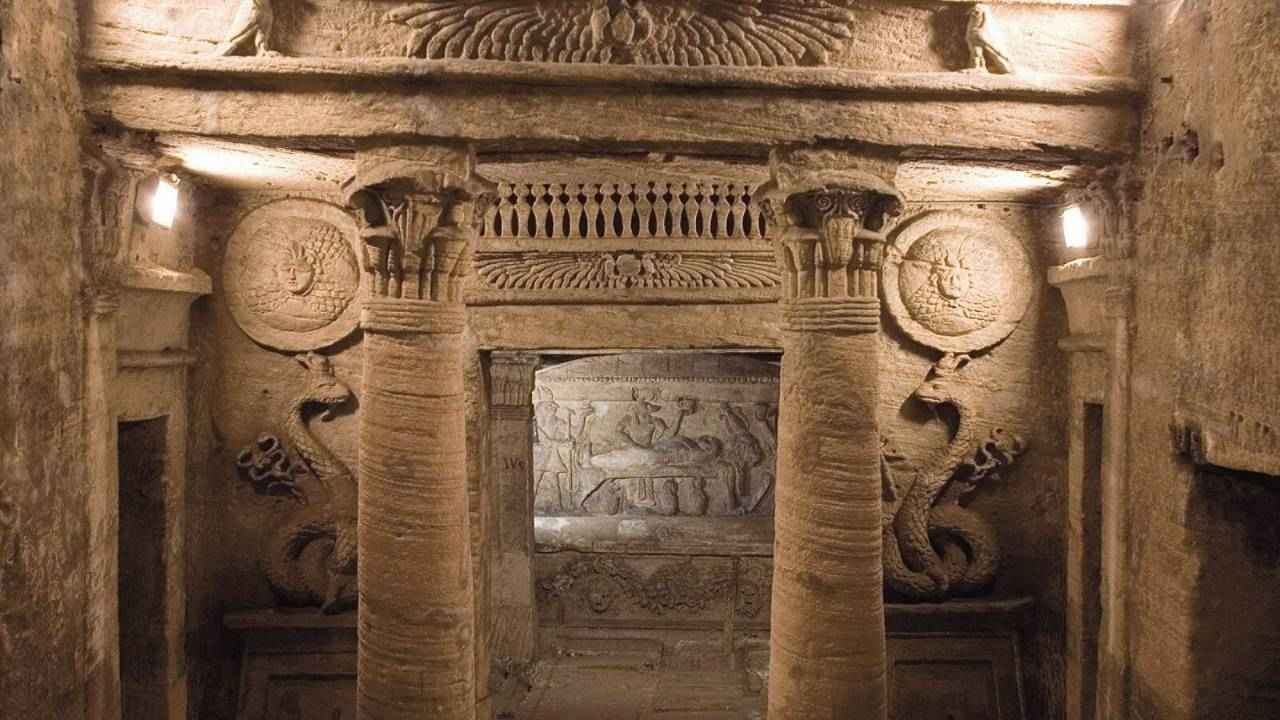 The Pompeii Column is located southwest of Alexandria in the neighborhood of Qarmus; a hill containing ancient walls, relics, and architecture constructed by Alexander the Great. The place was in 292 BC in honor of Diocletian who: provided the people with food at the time of the siege of Alexandria. 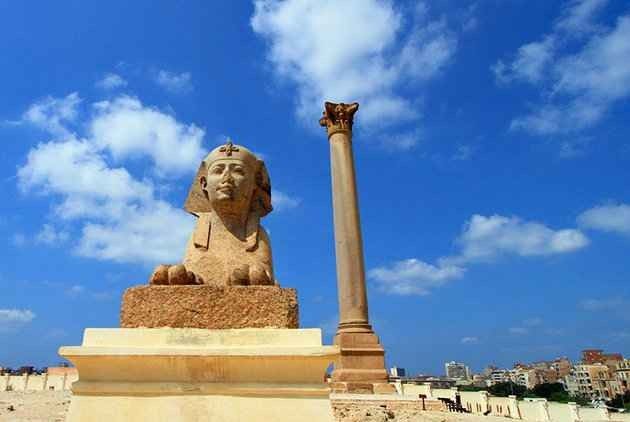 Montazah Gardens is an oasis of calm located in the east of the city, and one of the most famous tourist places in Alexandria. The park is filled with towering palm trees, manicured meadows, and open flowers. Which were once restricted to the ruling class, no one else is allowed to enter. It was established in 1890 by Khedive Abbas Helmi as a hunting space, and then it was extended to include a summer house for the ruling family, by King Fouad. No one is allowed to enter the Montazah Palace, but you can walk around the park as you wish. At the end of the park is a small beach, which includes a bridge that leads to a small island. Al-Montazah Park is a natural area where you can get some calm, away from the crowd of the city. 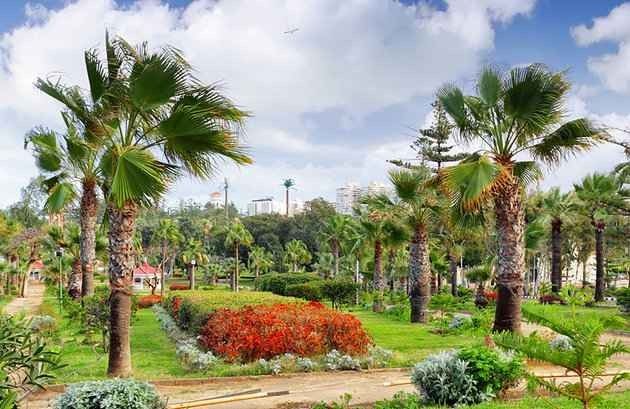 A wonderful destination among the most beautiful landmarks of Alexandria, Cleopatra Palace baffled many archaeologists until it was discovered in the waters of the eastern part of the city. If you love swimming or diving, you will enjoy that experience a lot, where you can walk around the palace, and get to know the most important place of residence Queens of the world. 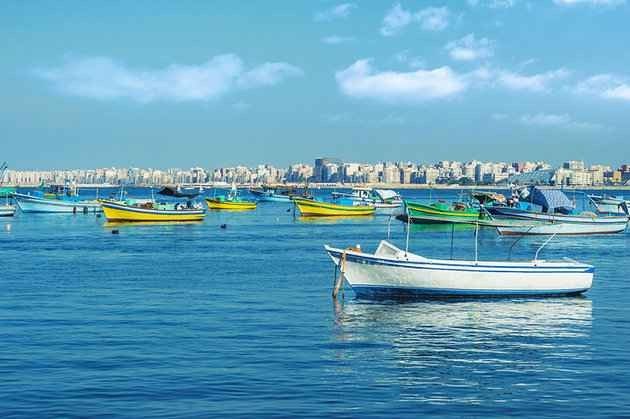 Constantine Kafafi, one of the most famous sons of Alexandria, was an important Greek poet. He is well known for his poetic and literary writing, so his house on Sharm El-Sheikh Street has been converted into a museum. The Cavafy Museum contains all the works of the Greek poet; manuscripts, correspondence, and writings. So if you want to get to know a glimpse of Egyptian Greek literature then this museum is your right destination. 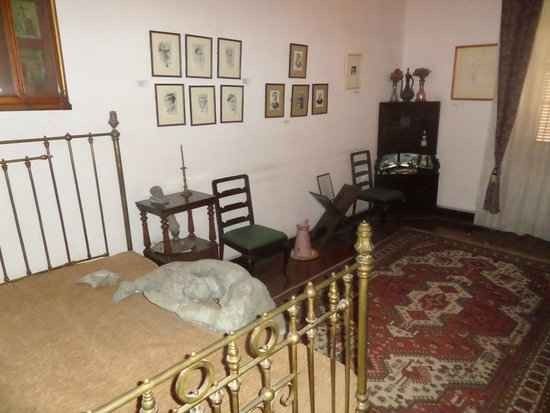 Al Anfoushi Street stretches from Qaitbay Castle, and overlooks the entire coast, and is filled with restaurants that offer delicious seafood. You can enjoy the magical view of the coast of Alexandria at sunset, while enjoying the atmosphere of one of the street cafes, which is filled with the smell of hookah and grilled fish. 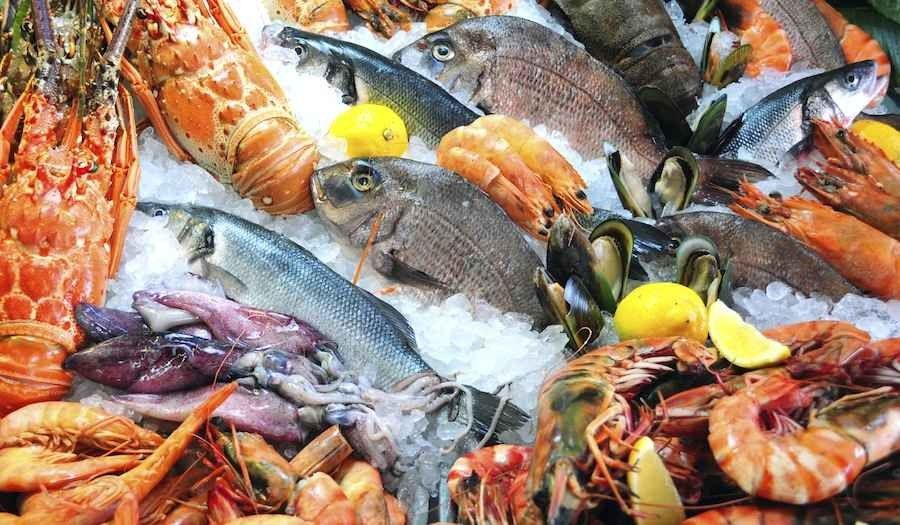 Al-Mursi Abu Al-Abbas Mosque is one of the most famous, and most important tourist places in Alexandria. Founded in 1796 over the tomb of Sheikh Sufi, Al-Mursi Abu Al-Abbas, which dates back to the thirteenth century. This huge cream-colored mosque serves as an important symbol for the locals as they mean it, desiring to fulfill their aspirations. Its visitors are dazzled by its distinctive design, and the mosaic paintings that fill its parts. 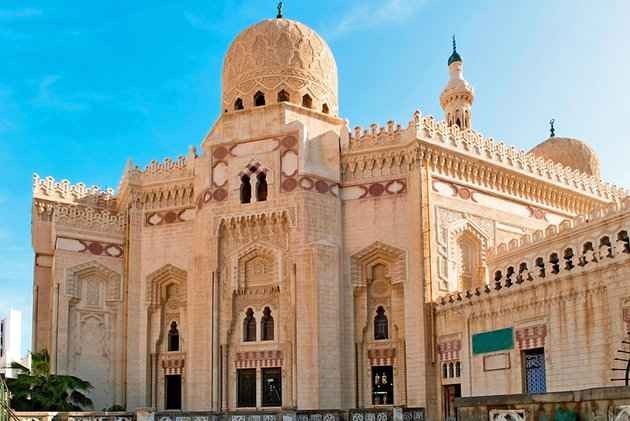 The oldest city in Palestine