List of the most prominent tourist attractions in India

Tourist places in Munnar Kerala .. from above the mountains and nature

Tourist places for children in Kerala .. Kerala is one of the most beautiful tourist destinations and is distinguished by the presence of many tourist places that attract children.

Tourist places for children in Kerala .. 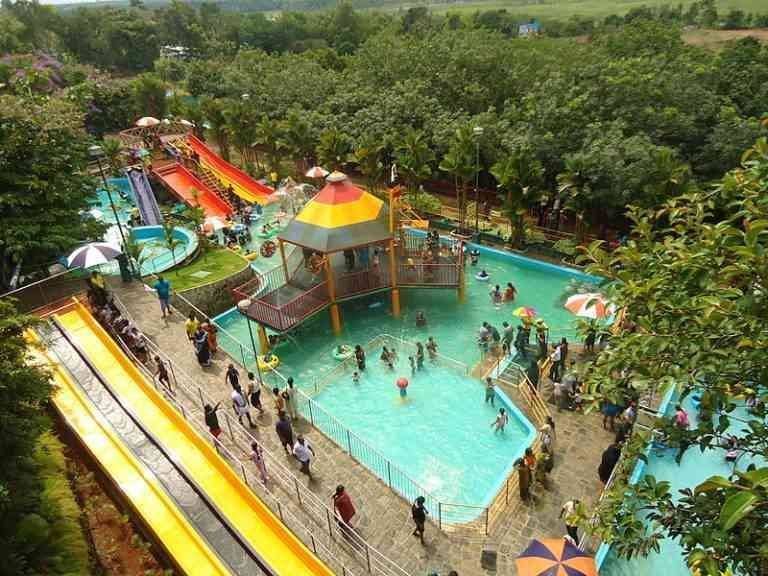 The Vegaland theme park is located near Cochin and is considered one of the best tourist places for children in Kerala, which is one of the largest parks, with an area of ​​up to 18 acres in addition to its height, it is on a hill and large numbers of tourists and locals go to each year with their children to spend the best times Play where there are a number of interesting games, especially water games, and you can swim with children in the appropriate swimming pools for them. The first thing that you will see when visiting is the giant spinning wheel and the wonderful industrial waterfalls. The city organizes a number of shows such as laser show and if you are a movie fan then it provides Ashat view 3D movies that you cannot miss watching, in addition to a dancing fountain that gives the place a wonderful shape as the garden is characterized by being environmentally friendly and works to instill this culture in children and you have to take memorial photos with your children next to the sculptures scattered in the park and they are in the form of elephants and horses and must be taken The pictures of your children while playing with the ducks in the pools of water designated for him, begin to work from ten thirty in the morning until six in the evening except on Saturday and Sunday working for seven in the evening. Read also: Tips to travel to Kerala .. 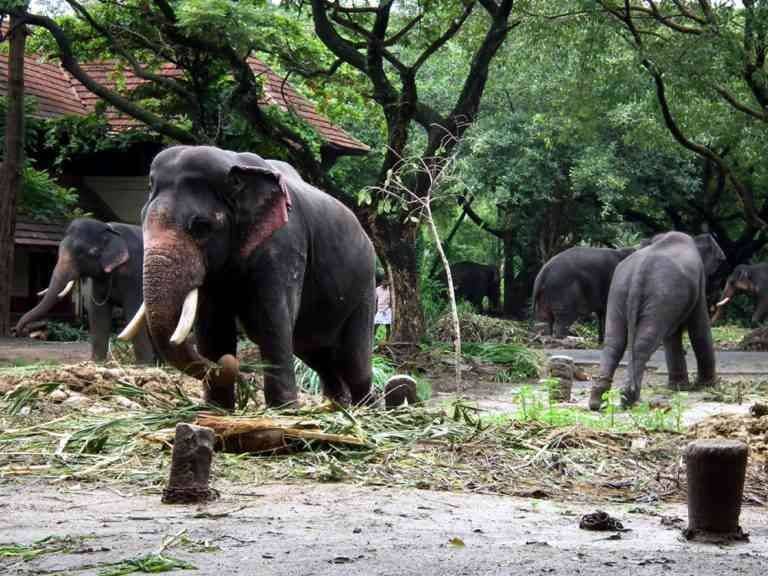 “Treasure Zoo” .. It is considered one of the most beautiful zoos in Kerala and it is located in the Trishor region, it was established in 1885 so it is one of the oldest parks and it has great importance as it includes a number of animals such as lions, monkeys, tigers, elephants, gazelle, hippopotamus and also Reptiles such as snakes, cobras and various types of colored birds such as flamingos, for sure your children will enjoy seeing these animals and playing with them and taking pictures next to them, the garden begins to work from ten in the morning until six thirty in the evening. 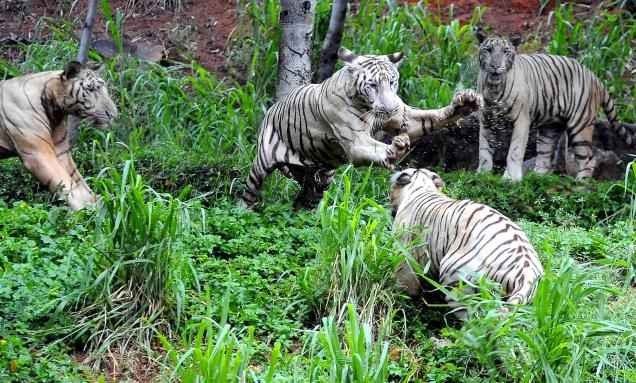 “Trafendram Zoo” .. It is considered one of the most beautiful gardens in Kerala in the Trafendram region and was established in 1857 AD and is characterized by its wide area and the spread of green spaces in addition to the presence of a different group of animals from all countries of the world such as tigers and leopards and the best elephants are loved by children in addition to birds Beautiful and you can buy souvenirs expressing the garden from its stores, the garden starts working from nine in the morning until five in the evening. Read also: the most beautiful tourist resorts in Munnar Kerala

Read:The customs and traditions of India .. The Indian sari and the traditions of marriage and blessing of food are the most prominent customs of the country of a billion people 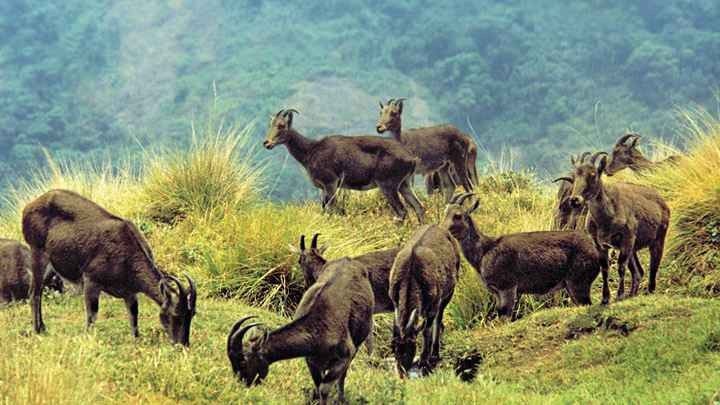 “Iravikulam National Park” .. Tourist places for children in Kerala, the most beautiful of which is Iravikulam National Park which is located near the city of Munnar in Kerala. The different tigers and many animals that your children will be happy to see besides the presence of charming waterfalls do not want you to take pictures next to them and we do not advise you to visit the park in January and February because they are closed at this time because it is the breeding period of the animal R is rare and offer garden carts management to move out, the park begins to work from seven o’clock in the morning until six pm. 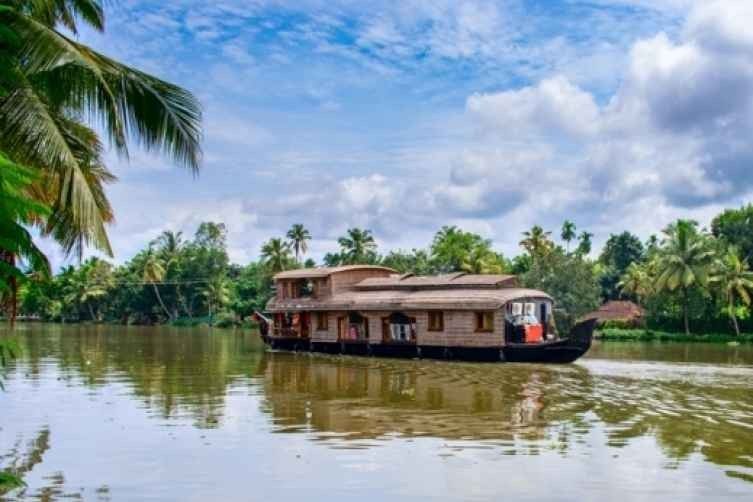 “Kochi” is considered one of the most important tourist destinations in Kerala and it has places and entertainment activities that suit children. For example, we advise you to visit the theme park Uncle Johnny Drive because there are places for children to play in, so you will definitely spend wonderful times in it and you must take children and rent a boat to go on a cruise to practice swimming Hunting with them and to see the simple villages located near the area to learn about the daily lifestyle of its people and their particiAl Bahahn in some activities, this will help in developing the communication skills of your children, and if you are a lover of history, you should visit the Kerala Museum where it tells the history that dates back to more than a Finn also in. Read: Tourism in Kerala

Read:Before you travel to Agra, India 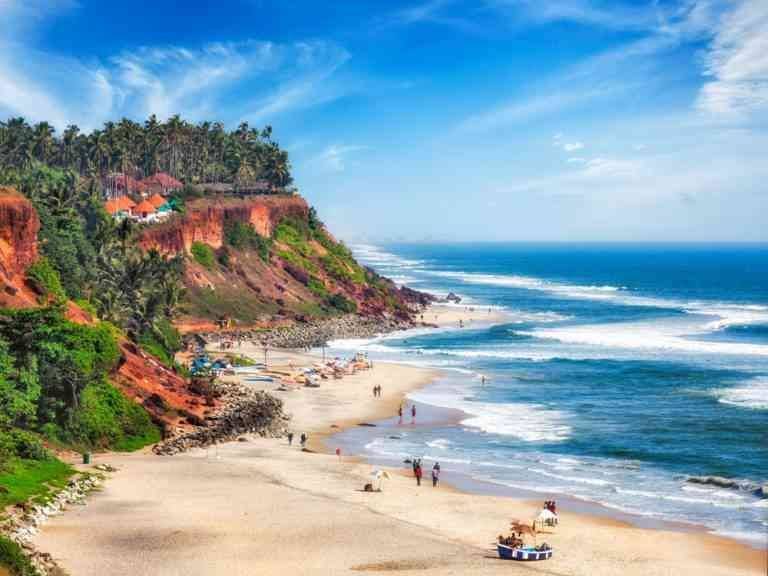 “Varkala Beach” .. is one of the most beautiful tourist destinations in Kerala and families go with their children to spend fun times playing with sand, building houses on it, swimming in clear sea water, surfing or snorkeling to see colorful fish and various coral reefs in addition to the beautiful scenery represented in the springs Warm hills covered with herbs, greenery and fine sand, you should take pictures that will remind you of this beautiful holiday with your children, as the shops spread in the region, you can buy the souvenirs you want and if you feel hungry, we advise you to try more Indian seafood dishes in a restaurant overlooking the beach. 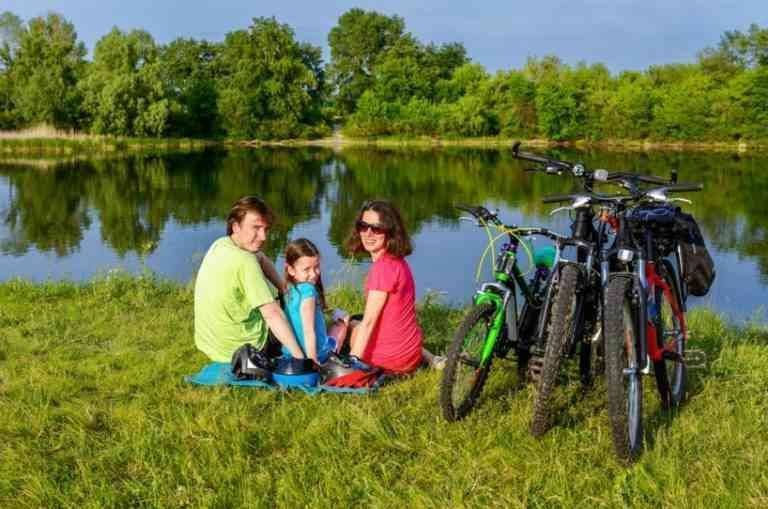 “Thekkady” .. is considered one of the most beautiful areas in Kerala because it is a natural reserve that tourists and their children go to because there are a number of places that suit children such as a tiger reserve that contains large numbers of tigers especially endangered species and other animals such as elephants and deer and types of plants such as Pine, seasonal fruits and flowers, and a boat can be chartered for a river cruise and working hours from six in the morning until six in the evening. There is also Lake Periyar in Thekkady area, so you can’t see it because there are elephants in it that your children can ride and feed, even if you love sports Bicycles can be rented and driven by the lake shore, in addition to the presence of the Spice Garden in Thekkady, which contains Indian spices and the garden. Elephants can also be ride. You should visit other tourist attractions in Kerala with your children, such as the Kundala Lake to see birds around the lake, ride boats, and also visit the Tea Museum as trees. The surrounding area gives it a wonderful beauty and a visit to Heidel Park because of its games, birds and beautiful colorful butterflies. Your children will be happy to touch it and take pictures next to it.

Children’s attractions in Hong Kong … get to know them!

Tourist attractions for children in Cyprus … get to know them!

A tourist program in Switzerland for a week

A report on Al-Wadi Sohar Hotel

The 5 best activities in the world of Swarovski Innsbruck Austria