Tourist places for children in Rome .. Get to know them to spend the best times with your children …

Tourist places for children in Rome..Rome includes a distinct group of entertainment places that ensure you spend a fun time with your children and Arab travelers give you your guide to reach it.

Tourist places for children in Rome … 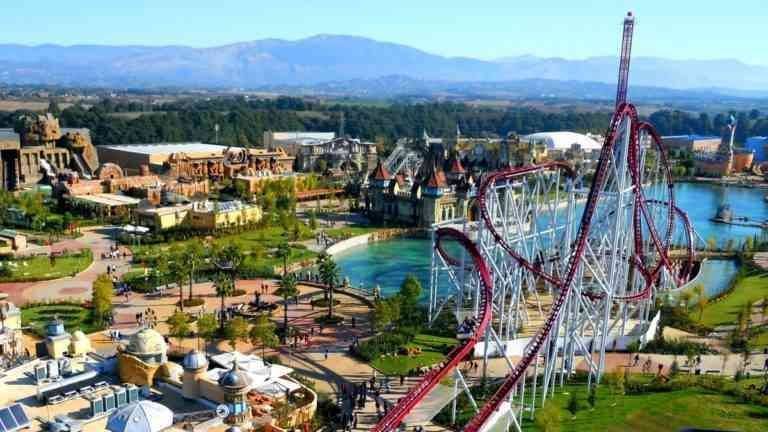 “Magic Land” .. is considered one of the most famous and beautiful cabarets in Rome so families go with their children to spend unique times where there are about 36 beautiful and interesting games in the cabarets. The clubs also organize many shows and festivals that attract children especially people wearing animal-shaped clothes so children are happy to play and pick up Commemorative photos with them, and there are places designated for children that include different games to suit their ages, such as sleighs, rubber toys, etc. There is also a lake with water games, and you can ride a boat with your children to take a walk between the waters and green spaces, and on its sides there are statues of monsters and large animals Traffic alongside it creates a spirit of adventure for children in addition to the presence of places that attract children and adults in it, such as mountains and castle. There is also a theater that offers the best magic shows and funny shows dedicated to children. You cannot miss souvenirs from stores scattered in the cabarets. To her from Termini station in Rome at nine thirty every day and return in the evening and there are other transportation for her, choose what suits you best. Read also: Cheap markets in Rome .. 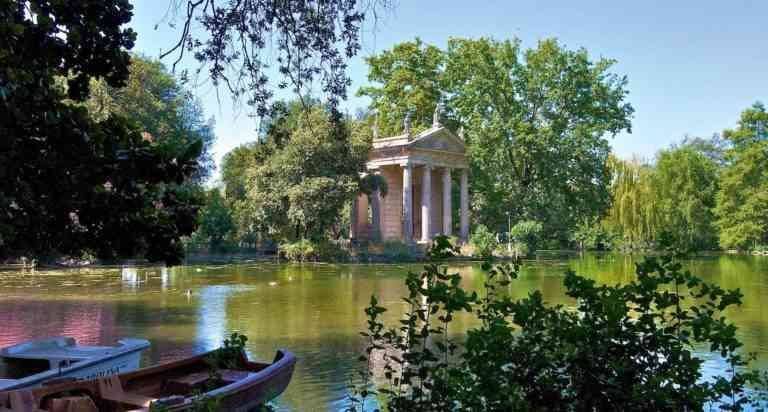 “Burgess Gardens” .. Burgess Gardens is one of the largest and most famous parks in Rome so many tourists go with their family to spend a special holiday and tourists accompany their children to see these beautiful gardens and enjoy sitting under the shade trees where the vast green spaces and dancing fountains that begin with when the music plays It gives a wonderful aesthetic shape, especially at night, and you can sit on the chairs under the umbrellas provided by the garden for ice cream or delicious drinks while enjoying the outdoors. There are many activities that you can do with children, the first of which is walking and hiking between the trees. Running in the corridors designated for that, then renting a boat and going on a pleasant tour of the artificial lake in the garden to enjoy the water and the trees around it and must go to the area designated for children where they provide them with many recreational activities such as water games and climbing buildings as there is a small zoo that children will be happy By entering it, watching and feeding the different animals, they can approach and take souvenir photos with them, in addition to having a Burgess Museum, which displays to children the history of Rome in a way that they can understand and for adults as well, even if your children love cinema and watch Alka films Tun do not miss the entry Cinema de Piccoli and showcasing the best films that fit children of all ages and when you feel hungry, you may wish to eat snacks in a restaurant or buy from the stalls in the garden.

“Luna Park Theme Park” .. one of the most famous places for children in Rome … 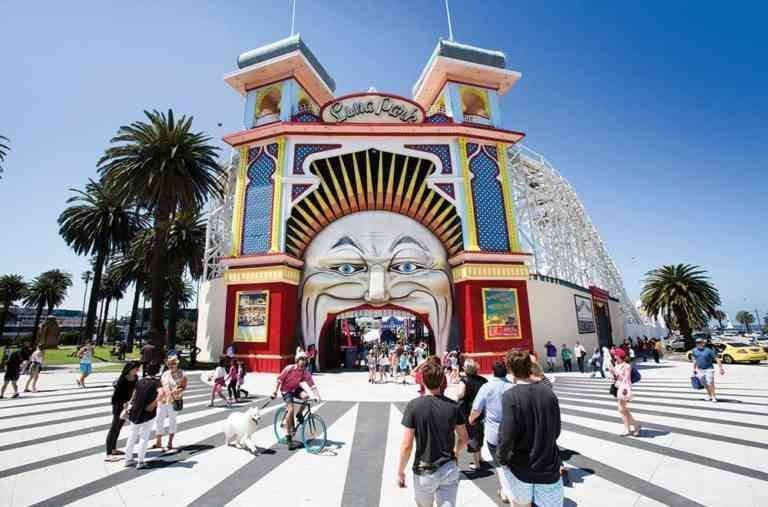 – The theme park “Luna Park” .. one of the most popular tourist places for children in Rome … “Luna Park” is the first theme park in Rome and one of the most popular theme parks in Italy in general and Rome in particular, witnessing a great turnout and crowds from visitors in particular Families throughout the week, and it is characterized by its large area that exceeds 70 thousand square meters, and includes more than 130 games that vary between simple games that suit young and dangerous ones suitable for adventure and suspense lovers, and the date of its opening dates back to 1953 AD, and is considered the largest in Rome and one of the most important And the most famous tourist attractions in Italy in general The city of the first theme parks in Rome has a great place in the hearts of people with special needs, as it devotes them a day per week during the month of March, along with the allocation of a day for orphans and the poor, and witnesses the establishment of many events and entertainment activities and book fairs and displays many paintings and other arts that children love. Read Also: the tourist places for children in Italy. 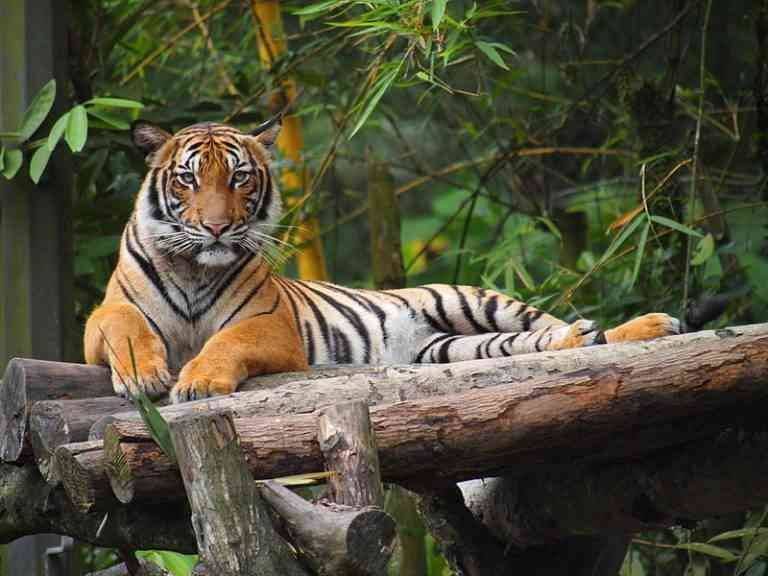 “Rome Zoo” .. Tourist places for children in Rome, one of the best is the Rome Zoo, it was established in 1911 AD It is one of the oldest parks in Rome and large numbers of families go to them with their children, children in all countries of the world love to see animals and what distinguishes Rome Garden is its inclusion for a number A large number of wild animals such as lions, tigers and pets such as monkeys and deer, which number up to 200 species in addition to beautiful colored birds and reptiles that your children will want to take pictures next to and feed them as there is a historical museum of nature represented by animals and stuffed birds and also the skeletons of extinct creatures such as Dinosaur, it is certainly dear the tourist that your children will be dazzled to see the remains of a huge dinosaur. There are also various types of wonderful colorful butterflies that impress the children. Do not forget to buy toys and souvenirs that express the garden from the stores spread in them. If you want to eat a special meal, you should go to one of the existing restaurants The garden, which serves delicious dishes. 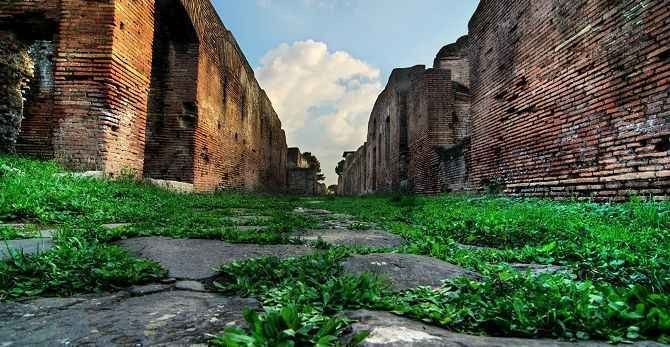 “Ostia Antica” .. It is considered one of the most beautiful tourist destinations in Rome, as it is an ancient Roman city dating back to the 8th century BC. Children love running in addition to admiring the area of ​​Neptune’s baths due to their beautiful shapes such as a mermaid and dolphins decorated with wonderful mosaics. Children love to take memorial photos next to them in addition to having a large open theater, so if you are an art lover, do not miss to enter it with your children because it offers Suits are suitable for children, especially during the summer period. It is certain that your children will spend the best times knowing how to make bread because of the Silva mill that grinds corn and children will taste delicious bread. When you feel hungry, you can eat snacks in the restaurant Thorbiumum, which offers delicious Italian cuisine. Read also: Popular Markets in Rome .. 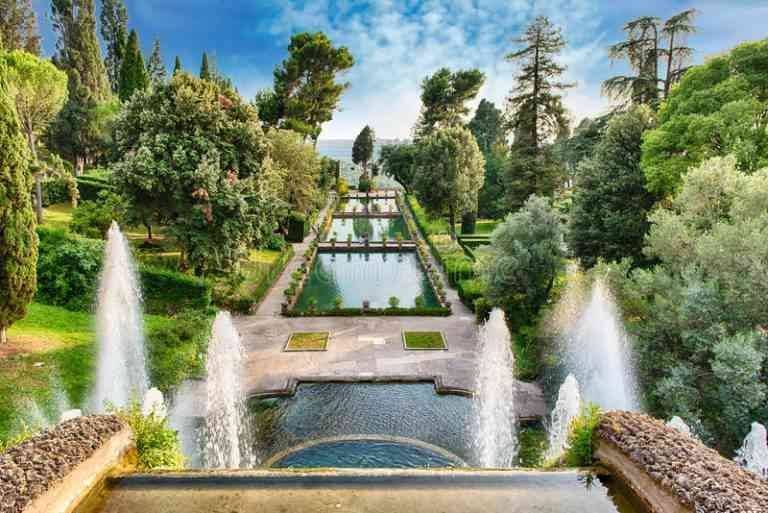 “Tivoli Gardens” .. It is one of the most beautiful places for children in Rome, where it has wonderful palaces and wide green spaces in the form of terraces, so children can run and play freely so you can dear the tourist playing football with them or conduct running competitions in addition to its beautiful fountains, which number up to 500 such Ovato Fountain and what distinguishes it is its attention to people with special needs, it provides them with the means that enable them to enjoy hiking in this distinctive garden. To take commemorative photos reminding you of this beautiful excursion. Read also: travel advice to Rome. 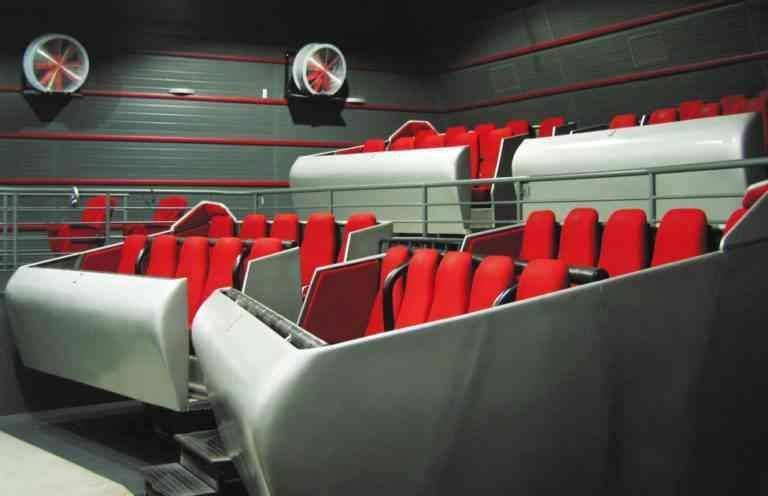 “Elevator of time” .. Dear tourist, if you are a fan of history and want to teach your children a lot about Roman history, we advise you to go to Via Sainte Stole to enter with them to the elevator of time, as it is a time machine that takes you back in time for more than 3 thousand years to learn about the ancient history of Rome and the show lasts for an hour Roman history is clarified in it from ancient times to the Renaissance and then to our present time so it is certain that your children will obtain a lot of information in an interesting and interesting way for them.

Tourist places for children in Kuala Lumpur .. Learn about it!