Tourist places for children in San Francisco .. Your guide to spend the best times with your children …

Tourist places for children in San Francisco .. Provide a large number of tourist places, so Arab travelers give you a guide to the most beautiful of these places that suit children. 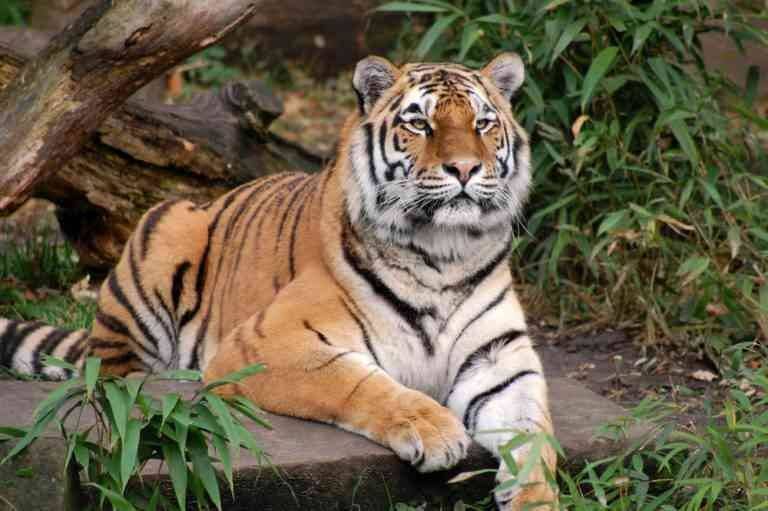 “San Francisco Zoo” .. It is one of the most important zoos in America and is characterized by its large area as it reaches a thousand acres and includes more than 1000 animals such as rhinoceros, monkeys and tigers so we advise you to take your children to it to see animals and learn about them especially exposed to extinction and rare and the park is characterized by its organization Sections of each section includes animals that live in one environment, to provide the appropriate atmosphere for them to preserve, and they have a garden for pets such as sheep and others, and they are intended for children to be able to play with animals closely and feed them. Rare flowers and roses of various types and shapes give it a distinctive aesthetic shape to it, so we advise you to wander around and take memorial photos between these wonderful scenes in addition to a garden of beautiful colorful butterflies that attract children to it and also provide games for children such as slides and other entertainment means that delight the faces of your children Do not miss the experience of riding a steam train that takes you on a tour around the park to introduce it and then sit at one of the tables for a hot drink and enjoy the view of the garden and inhale the open air. You can have a delicious meal in one of the restaurants located in Here or the snacks that are in carts next to the park, the garden starts to work from ten in the morning until five in the evening As for admission fees are free for children under 4 and 14 dollars for children from 4 to 14 years and for adults 20 dollars. Read also: Outlet markets in San Francisco 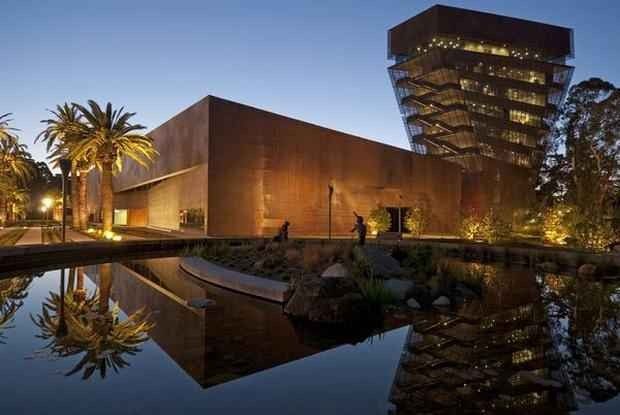 The “Golden Gate” park .. It is considered one of the largest parks in San Francisco, with an area of ​​more than a thousand acres and gets wide fame so a large number of tourists and locals go to it, as its annual number of visitors is 13 million visitors. You have to visit her to ride a boat with your children to go to one of the islands located near her to spend a special time in her and the garden does not overlook the historical and scientific side, but there is a De Young Museum that cares about American arts since the eleventh to seventeenth century and modern photography arts in addition to fashion and art from other countries And also Akkadian Mia California Science, and there are a number of activities that you can do. For example, you must ride the stairs with your children in the paths designated for them between the trees and try the disc golf game that is very popular and eat at a restaurant or buy fast food. The garden also has various playgrounds and organizes a number of festivals And various events, and the garden operates throughout the day and it is worth noting that access to it is free.

The California Academy of Sciences 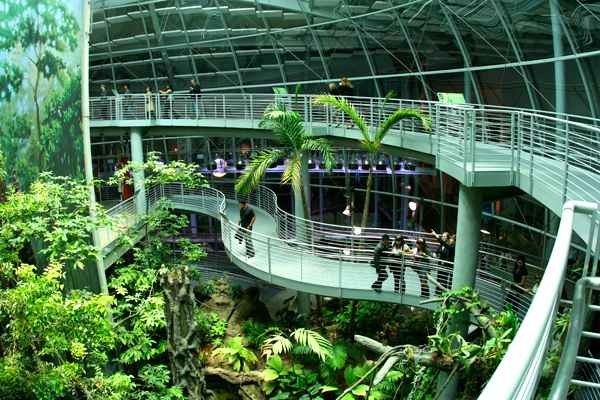 “California Academy of Sciences” .. found in San Francisco and also called the Natural History Museum, which contains more than 26 miles a different sample so tourists from different countries of the world go to it, the academy has a unique view when entering it which is a skeleton due to the blue whale Certainly seeing something like this at the gate will bring surprise and fascination to your children, so we assure you, dear tourist, that your children will spend time they will not forget of suspense and adventure, and the Academy includes many places that are worth a visit such as a large aquarium that includes a large number of marine creatures that number 40 thousand water animals and provide It is known It came from extinct creatures from millions of years and skeletons, the most famous of which is a dinosaur. It has a rainforest section consisting of 4 floors that contain different types of plants, animals, birds, fish, reptiles and other organisms that adapt to live in rainforests. There are also aquariums in the academy and includes a number of beautiful marine creatures such as all fish. Kinds and types, the most important of which are sharks, ornamental fish and coral reefs that are worth seeing in addition to the planetarium, which is 27 meters high and 75 meters in diameter. To take beautiful memorial photos for you and your children next to the skeletons of extinct animals and next to the marine creatures in the aquarium, the academy begins work from nine thirty in the morning until five in the evening from Monday to Saturday, but on Sunday from eleven in the morning until five in the evening and the price of a ticket Entrance is $ 40 for adults and children from 4 to 11 years, $ 26 and ages 12 to 17 at a cost of $ 31. For children under 4 years, admission is free for them. Read also: Best restaurants in San Francisco 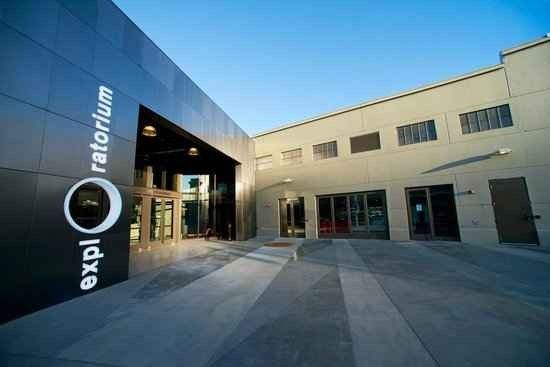 “Exploratorium Museum” .. It is located in San Francisco and is one of the most famous museums in it, it was sung in 1969 and many tourists go to it and reach more than a million tourists annually and it is suitable for children where they can discover the world around them and there are special laboratories for children to involve them in Carrying out small experiments, such as measuring the speed of the air, and it has places designated for playing. It also organizes many scientific presentations and reaches 400 shows, which is environmentally friendly, as it uses sea water for cooling and the sun to produce energy. You cannot miss the beautiful souvenirs in the stores in it to remind you of this beautiful museum. 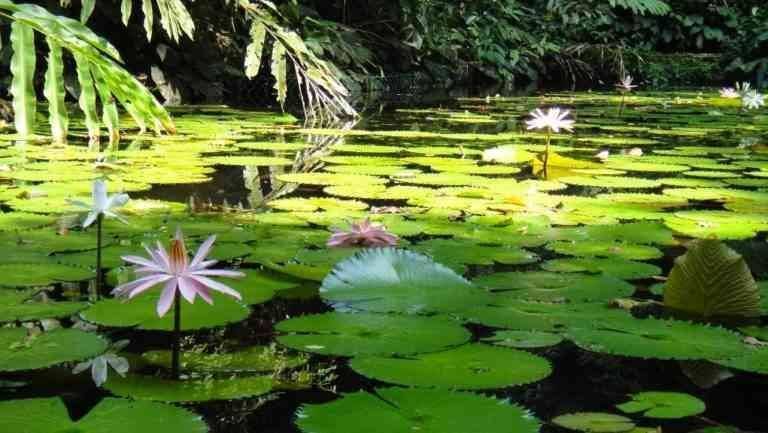 “San Francisco Botanical Garden” .. one of the oldest gardens where it was established in the nineteenth century and an area of ​​up to 55 acres and contains 50 thousand plant species from different countries such as trees, palms and roses and we advise you to go to it with your children to introduce them to the different types of plants that decorate the garden and appear as A paradise on earth and you have to take a walk among the trees with your children to enjoy the scenic views and it is certain that your children will enjoy watching birds in nests above the trees. Read also: The most beautiful beaches of the city of San Diego 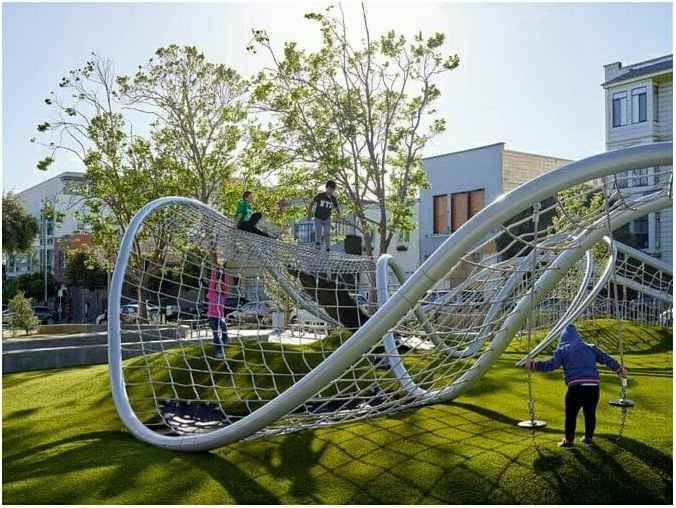 “Soma District Park” .. found in South San Francisco and it is an open park that passes in the middle of the street, was renewed more than once and the last in 2010 where it had a beautiful modern view and this park is characterized by being available to all groups and has places designated for children to play in addition to large green spaces And an area of ​​sand and the garden is filled with trees, as there are seats for sitting, you can take a rest and at the same time note your children during their play and have lanes for lovers of walking and running sport and is characterized by its beautiful winding shape between the green areas and the pedestrian zone which is safe as it is surrounded by a wooden wall in every direction and there close to her A number of restaurants and cafes that provide you with whatever food you and your children want.

The Cheapest Markets in Chicago – Find Out!

Family nightlife in Cairo .. Al-Hussain cafes and floating ships are the most attractive to visitors