Tourist places for children in Toronto .. Toronto is a beautiful city that contains many recreational places that suit children so Arab travelers give you the best of these places.

Tourist places for children in Toronto .. 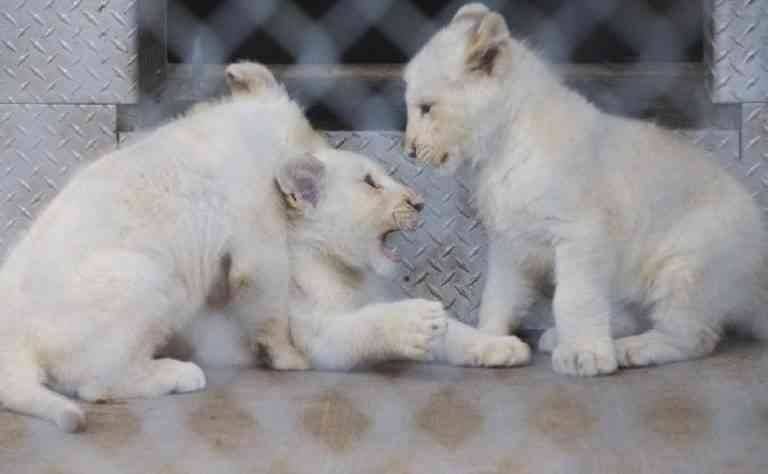 “Toronto Zoo” is considered one of the most important zoos in Canada, it was established in 1974 AD and is characterized by its wonderful views of the Red River and it is an ideal place to spend the best times with children as the vast green spaces that you can play various games on it such as football and running in the designated places Therefore, cycling in addition to the aesthetic view of beautiful roses, flowers and different types of plants, the garden contains an area with tropical plants such as the African savannah garden. You will certainly enjoy seeing it. The park is distinguished by its wide area and it contains 5 thousand divided animals. Yen for sections according to the environments such as the North America section and the Africa section, so a large number of tourists and Canadians go to it and when you visit it it is necessary to take your children on a tour to get to know the park and its various animals coming from different parts of the world then it is certain that your children will get a lot of information about wildlife environments Various and garden specializing in a small zoo called Discovery for children that allows them to approach the animals and feed them and play with them in addition to having a place dedicated to the beautiful water games and a theater that offers the best shows about animals and life in Toronto and other exciting shows and Perhaps the most beautiful thing you will see with your children is seeing the panda, as the park provides 7 stores, so do not miss to buy beautiful souvenirs such as antiques, clothes and animal statues that express this wonderful garden to gift it to family and friends and invite them to visit and in the end you can have lunch in one of the restaurants overlooking the trees and we advise you By trying delicious Canadian dishes, the garden starts working from nine in the morning until seven in the evening every day of the week and there is no entry fee for children younger than two years, either from 3 to 12 years cost 24 dollars and for adults 29 Canadian dollars. Read also: markets For cheap in Toronto .. .. you know it! 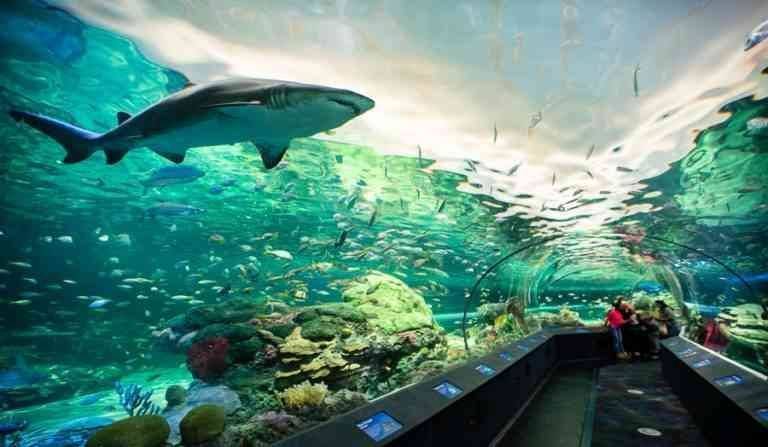 “Ripley’s Aquarium” .. It is one of the most important tourist destinations in Canada and it is the main one in Toronto. There is a downtown and we advise you to go to it with your children as it includes many marine creatures that number to 14 thousand creatures. The Aquarium is divided into 9 parts such as the Canadian Objects Gallery which It includes Canadian octopus, snake, lobster and other Canadian species, coral reef exhibition and dangerous lake that includes predatory creatures such as sawfish and sharks, so your children will surely like to see these creatures up close and take great pictures with them, especially with sharks. The aquarium also organizes a number of shows that you cannot miss. Its presence is like a rai-bay show where the trainers feed the rai object and the rainbow display, it is to feed the creatures that live inside the coral reefs, and you have to try to put your hands or feet in the basin to come into contact with pets, but in the places where this is allowed and you have to try eating Canadian seafood dishes, they are delicious and distinctive One of the restaurants overlooking the aquarium, it is great to eat alongside different fishes. The Aquarium starts working from 9 am to 11 pm and the entrance fee for adults is 30 Canadian dollars and 9 for children. 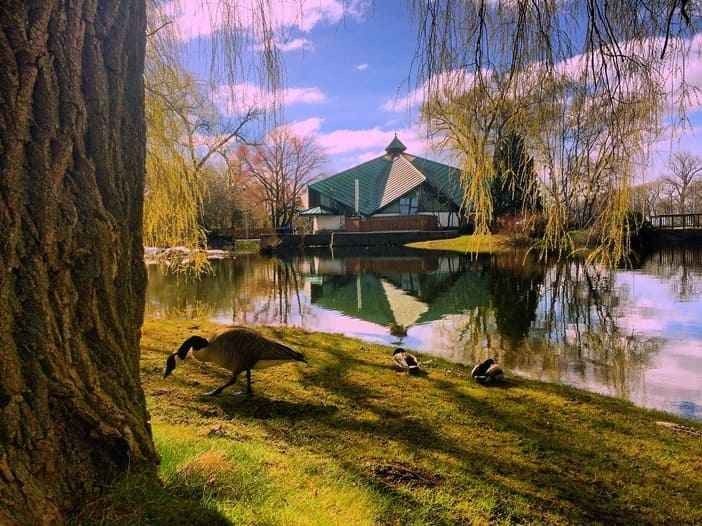 “Centerville Park” .. It is considered one of the most beautiful tourist places for children in Toronto, it was established in 1967 AD and it is located on the island center of Toronto, and large numbers of tourists go to it because of the many recreational games in it such as roller wheels, sledges, horses and racing cars, surrounded by the park green areas and plants from Every place gives it a wonderful view, especially since the Toronto port is near it, so we advise you to go to it with children to spend a beautiful time in this refreshing atmosphere, and certainly your children will enjoy watching birds by the lake and play with them and feed them. There are about 40 pets of pets A park in addition to a garden for children with games suitable and safe for all ages and you have the experience of riding a boat in the form of a goose in the lake and enjoy watching the charming scenery around you in addition to the presence of amusement with interesting games such as the rolling chain and cable-like seats that will give you a wonderful view of the park and the lake, so take pictures during Sitting in it and after the enjoyable tour of the train in the park, you can go to the restaurant that offers delicious dishes for you to try. The park starts working from ten thirty in the morning until seven in the evening until eight in the evening on Saturday and Sunday D As for entry fees, adults are 8 Canadian dollars and kids are 4 dollars. Read also: The most beautiful tourist cities in Canada 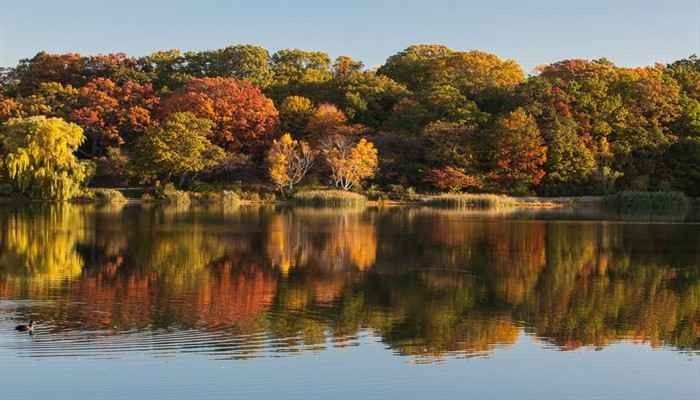 “Toronto High Park” .. It is one of the largest and oldest open gardens in Toronto and thousands of tourists go to it every year, it was created 1876 m an area of ​​400 acres and has many plants like oak trees and savannahs so you should wander around the park to enjoy seeing trees and roses and play a ball Foot, run, ride a bicycle, or sit in front of the lake to rest, eat a drink, and watch birds around the water, do not forget to take pictures at these beautiful times. We advise you to try water games and swimming with your children, and visit places designated for them to benefit from educational seminars on agriculture and Wildlife There is also a zoo that contains animals such as lions, monkeys, elephants, reptiles and various birds so your children will be happy to see and feed them and there is also the Colborne Lodge Museum that tells about Canadian history and the park offers plays in the summer period also provides restaurants that offer the best dishes, the garden works all days Week all day and free entry. 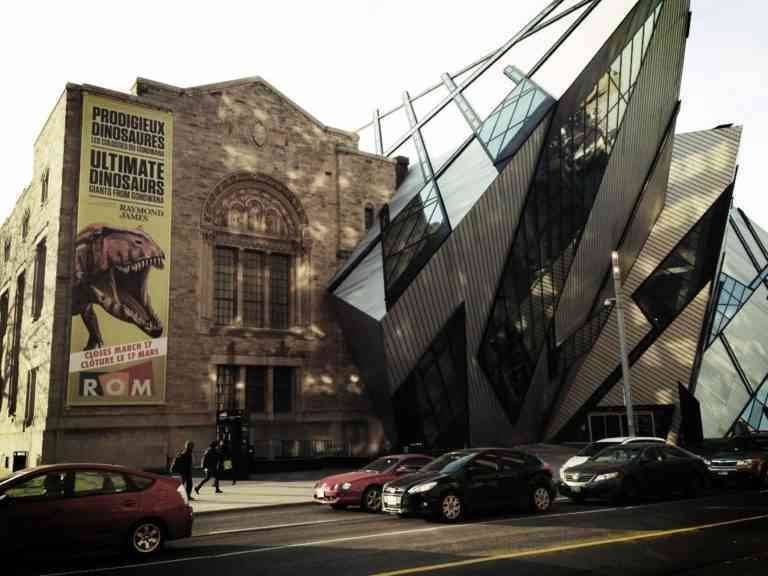 The Royal Ontario Museum is considered one of the most beautiful and famous museums in Canada, and it is suitable for adults and children, so large numbers of tourists go to one million tourists annually with their children, and it is distinguished by its distinctive crystal composition. The museum is interested in natural, social and space history, so your children will surely be dazzled. Seeing the remains of dinosaurs and their skeletons, those huge creatures that have disappeared from millions of years, and also fossils dating back thousands of years, you will feel as if time has returned to you, different minerals, meteorites, clothes, antiques, and very impressive art paintings drawn by the most famous artists. Seeing these things will increase the brightness The public died for children in various fields. The museum includes beautiful gardens, such as the Lisa Park, which is famous for its large area and is full of green and birds. The museum also provides a restaurant that offers the best Canadian and international dishes. Do not forget to take memorial photos that will remind you of this beautiful trip, the museum starts working from ten in the morning until the hour Half past five p.m. every day of the week, entrance fees $ 30 Canadian dollars for adults, $ 19 for a group from 4 to 15 years, and $ 24 for a group of 15 to 19 years old. Also read: Cheap Markets in Vancouver … Cheap supermarket chains 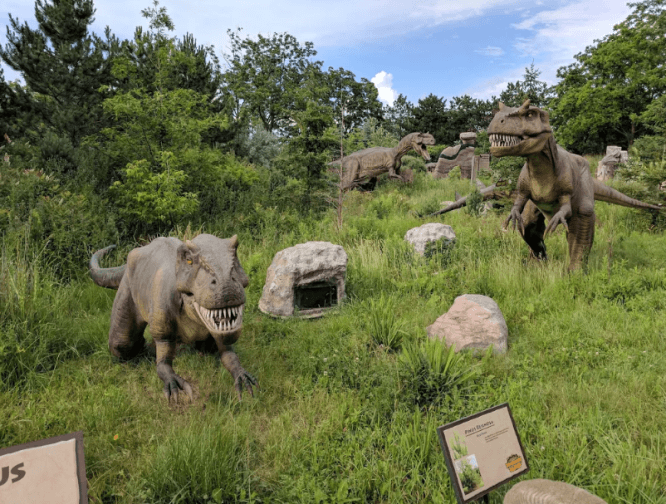 “Canada Wonder Land” .. It is considered one of the most beautiful tourist places for children in Toronto, Canada, and tourists and locals go with their children to enjoy the different water games in the water park, such as swimming pools with water slides, and a theme park with games such as turbines that fly in the air and then drop quickly And the express train, in addition to games suitable for children of all ages, such as swings, and we recommend that you dear the tourist to ride horses and take a tour of them in the park or ride a rotating boat and go on a river tour to reach its end and overcome the barriers, it is a fun game and you have to take pictures To see these wonderful moments and to take pictures next to the statues in the form of dinosaurs. The park also organizes many recreational activities, musical shows and competitions between children and giving them prizes to encourage them and to take a break. You can rest in front of the industrial waterfall and the trees around you from everywhere and have cold drinks. And do not forget to buy gifts from the stores, the park starts working from ten in the morning until ten in the evening every day of the week and entrance fees 44 Canadian dollars per person.