Tourist places in Al Ain for families .. Al Ain is a green oasis located in the middle of the desert of the Emirates, and is the second largest city in Abu Dhabi, providing many places for hiking.

The places of tourism in Al Ain are many, as it is a natural museum that gives a feeling of life and beauty. It has become a city that represents a transformation in Emirati tourism with its beautiful beaches, water parks and desert parks, where the city is filled with many activities and tourist and civilized places as it is considered a city of gardens, and the Gulf Oasis.

Places that visitors to Al Ain must visit are: 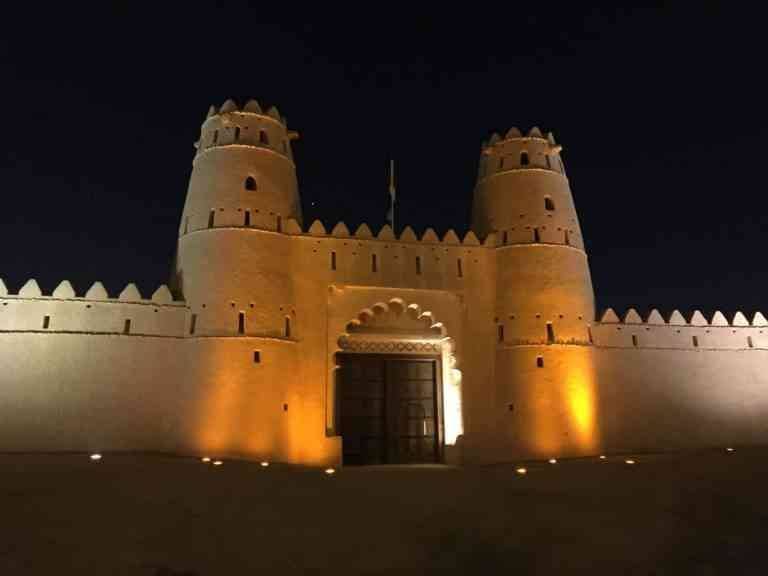 Al Jahili Fort: Al Jahili Fort is one of the most important historical buildings in the United Arab Emirates, and one of the most important places of tourism in Al Ain, as it constitutes the best model for local military architecture and is considered a tourist landmark, attracts many tourists, and is unique in that it is a place that suits all the tastes of families and Individuals, as well as offering a different experience in which history mixes with the creativity of engineering and the stillness of the ocean, as well as recreational events that take place in the castle from time to time. Also read: Cheap markets in Al Ain Emirates .. 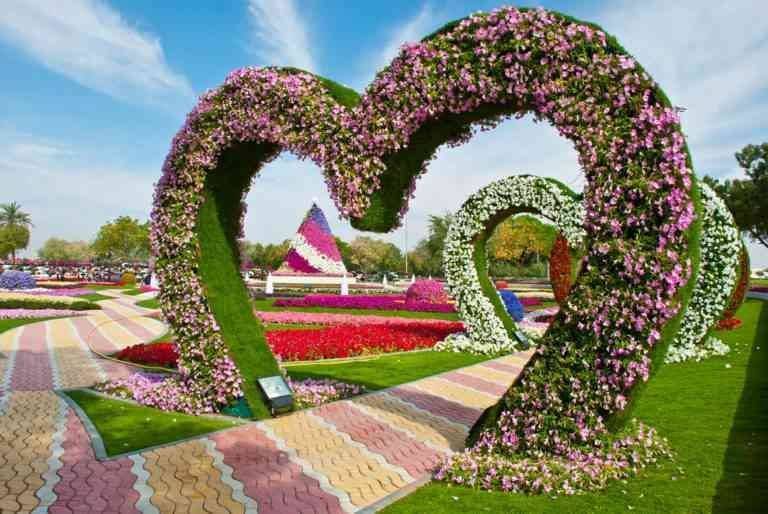 Hanging Gardens in Al Ain or Al Ain Paradise: One of the most beautiful tourist places in Al Ain for families .. This garden is located in the Zakher region in Al Ain and is unique in the world, because of the largest number of “hanging” flower baskets in it, which led it to enter the Guinness Book. For global numbers, where the number of hanging baskets in the garden reaches 2965 basket, it contains a million flowers of various types of flowers, and is a beautiful destination for families and individuals to gather for a fun time and entertainment.

Al Ain Zoo: Take the best places of tourism in Al Ain for families, located in the middle of the desert of the Emirates at the foot of Jebel Hafeet, where it covers an area of ​​more than 400 hectares and is home to more than 4000 animals from around the world, and visitors can enjoy feeding giraffes small meals, as can For visitors to enjoy the estate that was formed in the form of a local farm, it provides families with the opportunity to feed sheep, goats, camels and llamas, in addition to chickens and ducks, play with them, and enjoy camel rides and entertainment in designated places. Read also: cheap markets in Abu Dhabi .. 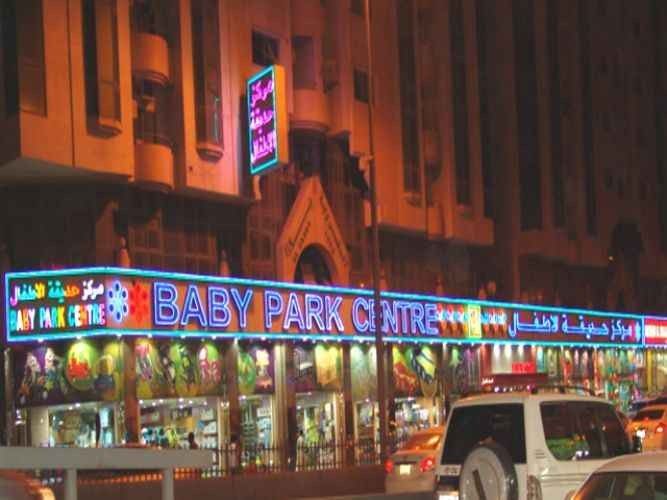 Children’s Garden: The park is a recreational educational center for children in the open, to create a love for biological diversity and show visitors the beauty and magic of plants. The garden includes a rotating hill and various play areas, picnic sites and a flower garden, in addition to a recycling garden, a vegetable garden, fruit and herbs, and the garden offers a lesson Realistic in horticulture, focusing on the ability of specific plants to adapt to dry soil. 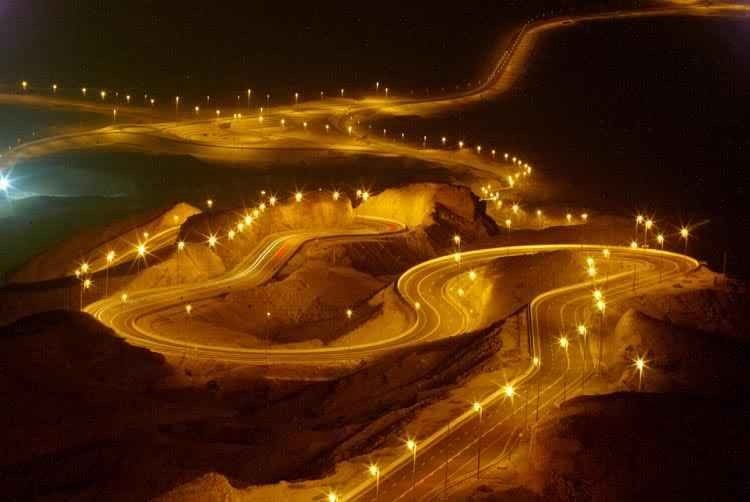 Jebel Hafeet: It is one of the best tourist places in Al Ain for families, the mountain height is recorded at about 1340, and a visit to the mineral springs at the bottom of this mountain is considered, and heading to its summit to watch the sunset is a beautiful thing that gives a feeling of splendor and driving on Jebel Hafeet is also similar to some international sites It is one of the most beautiful ways to drive in the world where you can enjoy watching the mountain and driving on the highway that surrounds it until going up to its summit, either by car, or by bicycle. Read also: Entertainment places for children in Ras Al Khaimah ..

Among the most important monuments and tourist places in Al Ain for families … Wadi Adventure: 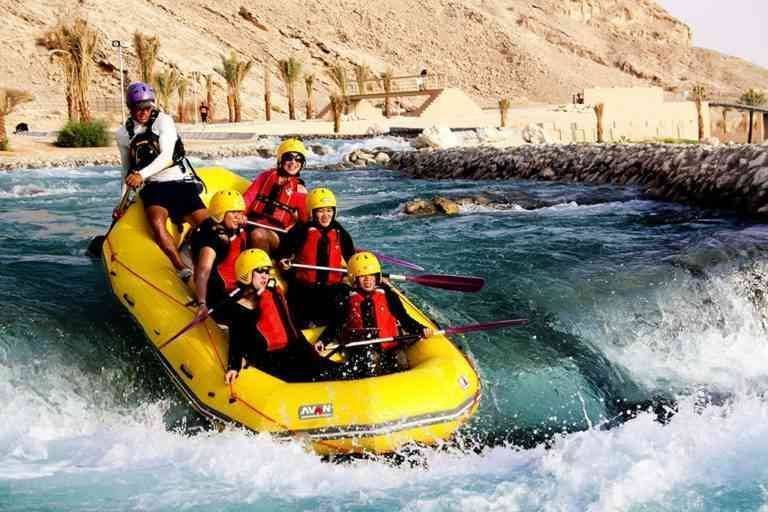 One of the tourist places in Al Ain for families … Wadi Adventure: It works to combine adventure with excitement in the water, and it is a suitable location for fans of water sports and families, where a visitor can take a walk in Wadi Adventure by riding rubber and wooden boats and skiing on the waters of Jebel Hafeet, in addition to a wave The 3,3m handcrafted ski in the park is the largest in the world. 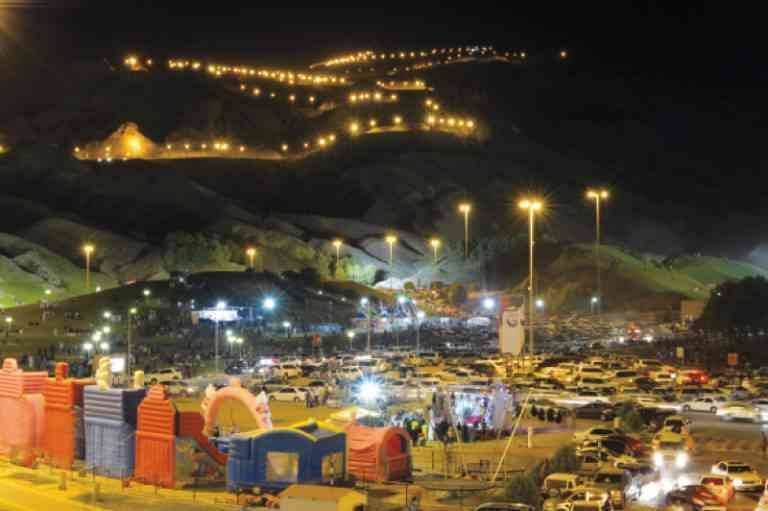 Green Mubazzarah region: It is one of the most important and ancient tourist areas in Al Ain, which many tourists frequent to spend beautiful times amid beautiful landscapes and sulfur streams, and this area is famous for its tourist attractions and the latest advanced technology that works to attract visitors to it and provide comfort and pleasure for them Al Ain represents a true platform for civilized heritage because it includes important archaeological and historical sites, its people to be on the list of the human heritage of UNESCO because the monuments and landmarks in Al Ain city embody the human history of the people of this region, which is estimated at thousands of years N. 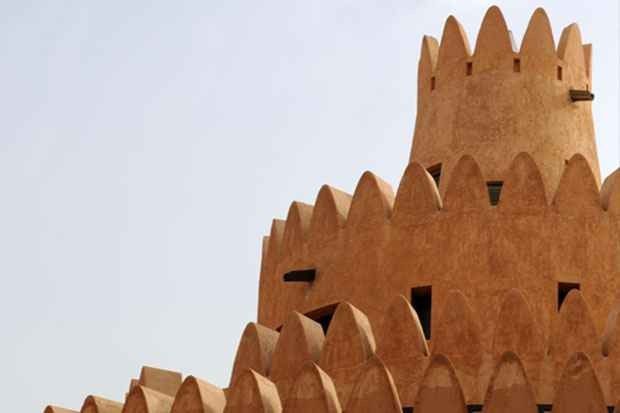 Al-Muraqeeb Fort: It is considered one of the ancient fortresses, as it is located to the north of the Al-Qattara area in Al-Ain city, built by Sheikh Shakhbout bin Zayed in 1820 AD. The shape of a cylinder and its base is characterized by a wide area, and also includes several rooms, which were previously used for military and civilian purposes.

This fort is considered a masterpiece of heritage, and it is located next to Al Ain Public Park, and it consists of three towers and a large wall that includes many rooms, in addition to two wells, and the fort is distinguished by the presence of a tower isolated from it, which makes a difference from the rest of the towers in Al Ain, and this fort was also restored and carried out The municipality has built a wall around it. Read also: Family places to stay in Sharjah.

This fort is one of the finest castles and fortified buildings, and is located near the National Museum in Al Ain, and was built by Sheikh Sultan bin Zayed in 1328 AH, and it was restored in 1970 AD and was restored again in 1979 AD, inside the fort there is a water well and many rooms, It contains three towers in the form of a cylinder attached to it, as well as two old cannons on wooden wheels in front of it, and inside there is a similar cannon. 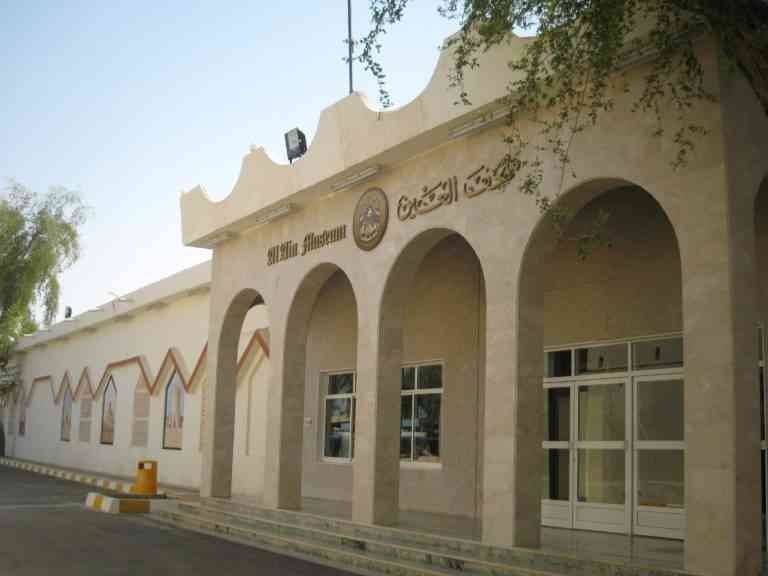 Al Ain National Museum: This museum was established in 1970 AD, and it consists of four wings, the first wing means the social life of the son of the Emirates from cradle to grave, and the second wing contains artifacts discovered in Al Ain and other regions of the country. Being an important element in the oil boom experienced by the son of the Emirates, the fourth wing includes the gifts that the presidents and kings of Arab, Islamic and European countries presented to the head of state, and demanded that they be placed in the museum. 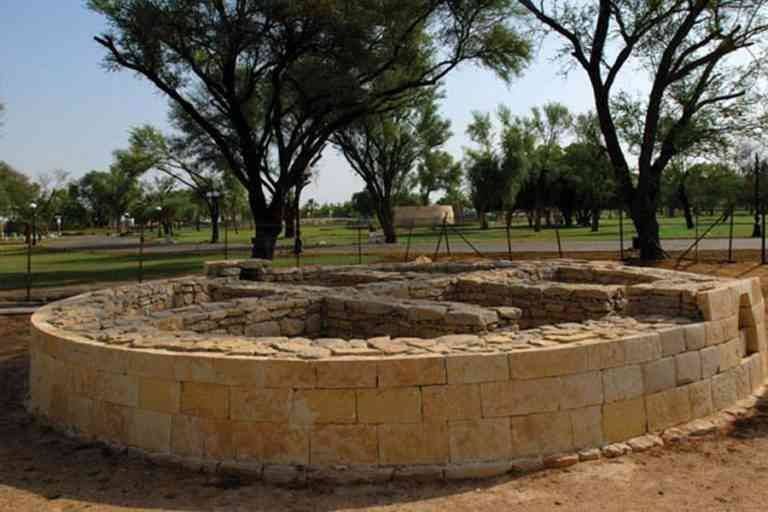 Archaeological sites of Hili: These sites are located next to the Hili Park, the first of which dates back to the second millennium BC, and the site (Hili 2) dates back to the first millennium BC, which includes 15 ancient houses, as was discovered many pottery vessels that date back to The Iron Age. (Haile 15) site consists of a group of irrigation canals dating back to the first millennium BC, where some think it is an extension of a group of ancient falajs that were located behind the density of settlement in this region. Inside the Hili Park, dating back 2000 years, it is an oval vault Form, Zaad first discovered burial in Al Ain in this way as the rest of the tombs discovered were all round.

Among the most important tourist places in Al Ain for families … Hili Fun City: 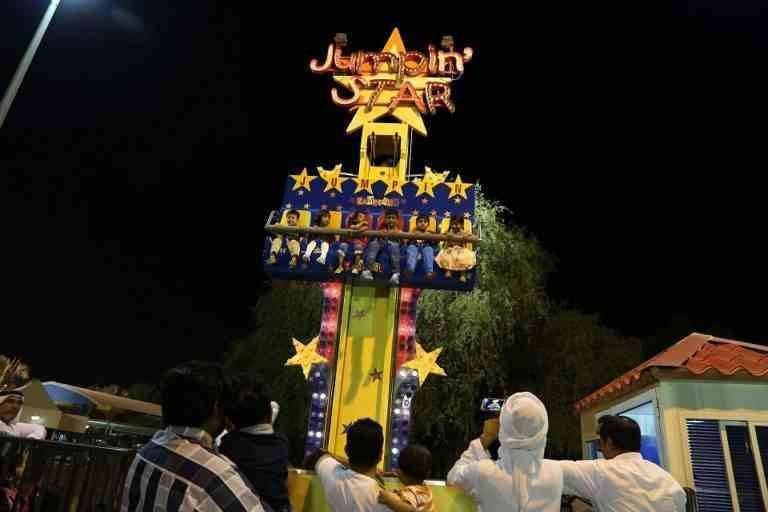 Hili Games City: It is located in the city of Al Ain on an area of ​​80 hectares, which is considered the largest amusement park in the region, so it has all forms of fun, games and entertainment, where it has a large number of games that give the visitor a feeling of joy and fun and spend a fun time without worries and has been Providing the city with toys for children, and another for adults and an electric train that walks 3.5 kilometers around the city park. The city includes Hili games, huge boats, and various and entertaining games for adults over 15 years, which are the air train, large and small collision cars, in addition to the motorcycle and aircraft gameThe vertical and the game of space trips. Also, the fees for entering the Hili games city make the visitor enjoy all the games without being restricted in time or number, and the park offers many services in addition to food and refreshments. The park also annually hosts the Al Ain Tourism Festival, whose visitors reach about 120 thousand visitors from within The state and beyond.