Tourist places in Munich and the best one-day tours

Tourist sites in Munich are very popular, as the city occupies the third place in terms of area.
If you intend to visit Germany, Munich must be among the suggested places on your trip.
But the tourist places in Munich, Germany are many and varied.
There are many museums as well as public parks, and the multiplicity of churches in which they are located.
In this article, we will try to present the most beautiful tourist places that you can visit during your stay in Germany.

The most important tourist places in Munich, Germany: 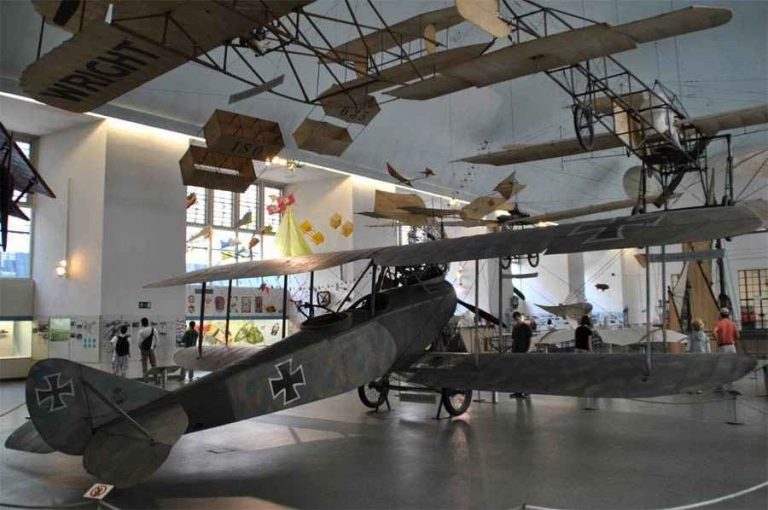 The German Museum is one of the most important tourist places in Munich, Germany.
It is a museum specialized in techniques and various sciences, located in the heart of the city.
The most important thing about this museum is that the models and models are displayed in the same natural size, which amazes you. 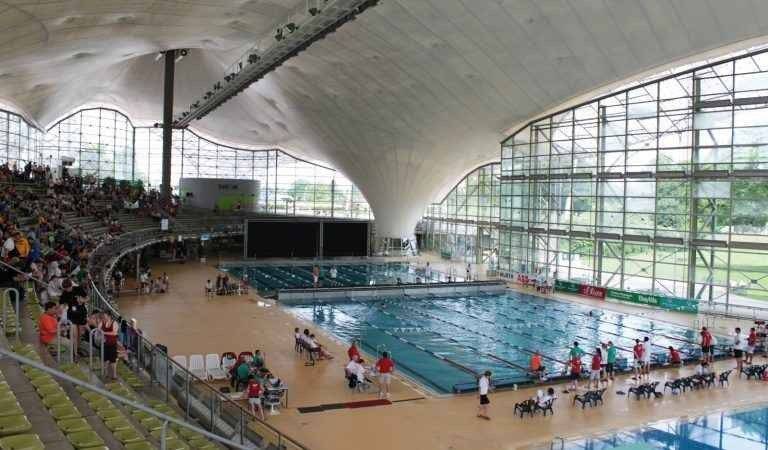 More than four million people of various nationalities come to her every year, to enjoy scenic views and enjoy recreational facilities.
It was established in 1972 in the north of Munich, and covers an area of ​​3 km.
The most beautiful thing about it is that you can play the game while it is skiing, snowboarding and other games. 3- Cathedral of Our Lady: 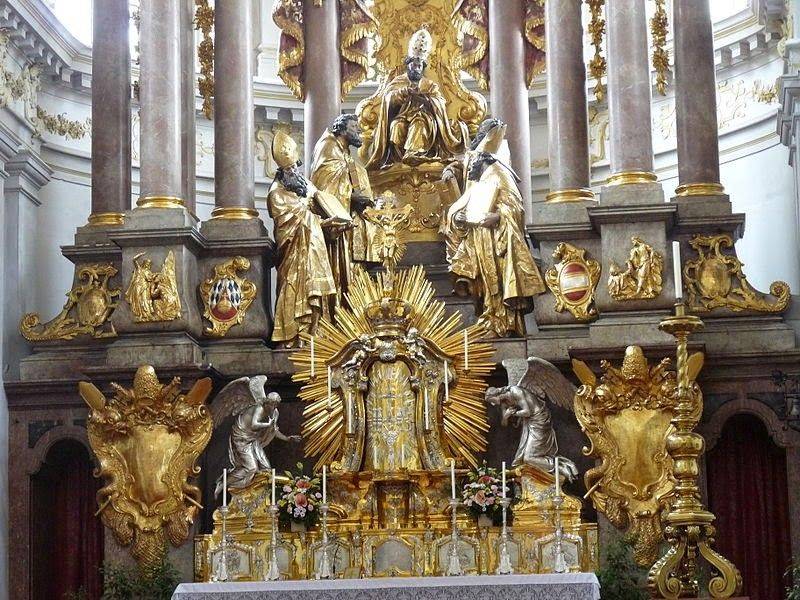 It is one of the most famous tourist places in Munich, Germany, especially religious.
This church accommodates more than 20 thousand people, and it belongs to the Catholic Church.
While you are there, you can climb the ladder leading to its tower, and there you can see the heights of the Alps, and the splendor of Munich. 4- English Garden: 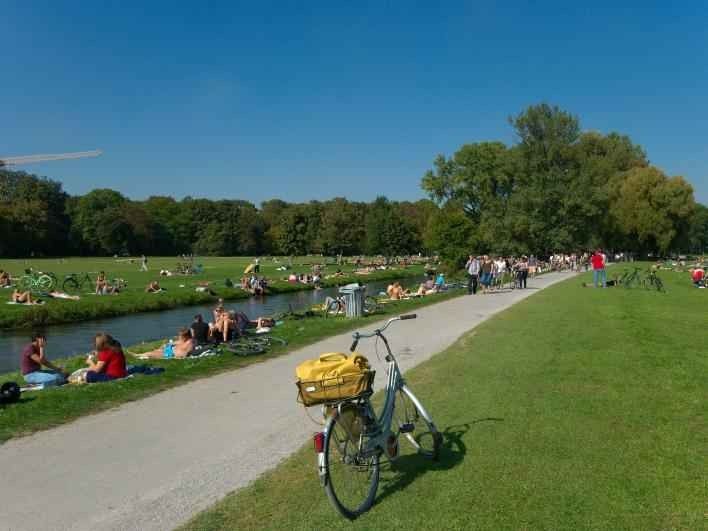 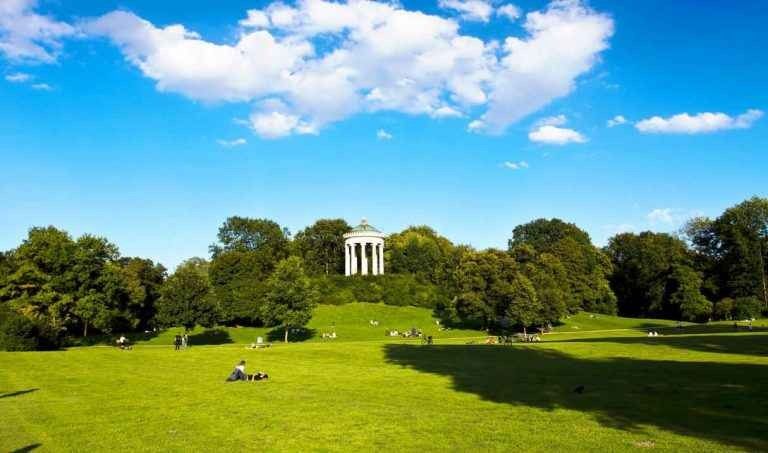 One of the city's wonderful parks, which is a major outlet for the city's residents.
It is the largest park in Munich, it is located on an area of ​​3.7 km.
The most important thing about it is that it is free, and you can enter it at any time, as there are no fixed dates.
There are many lakes and streams in which you can go surfing, visit the Chinese tower, and the Greek temple. 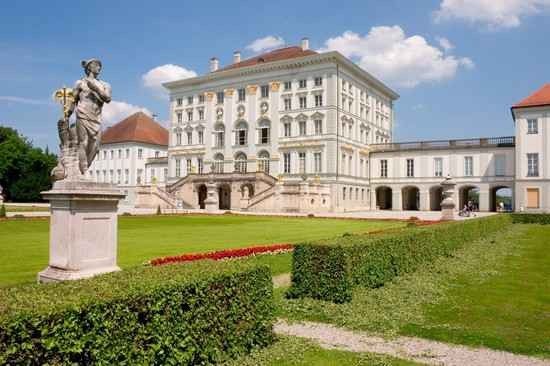 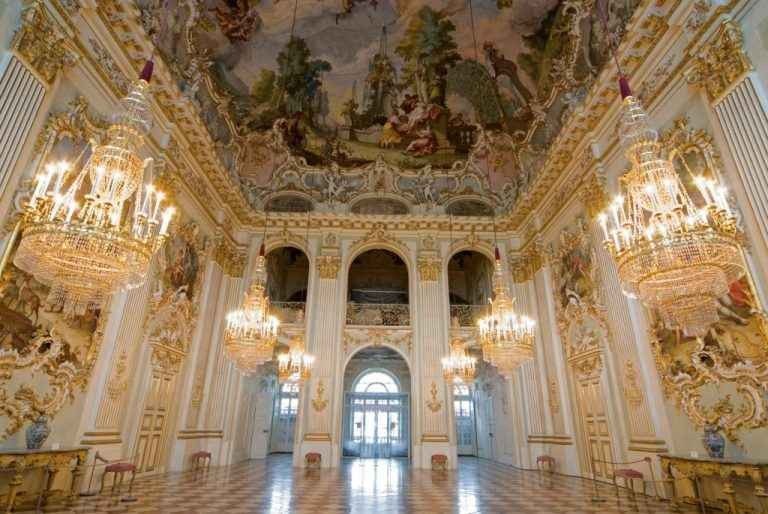 Founded in 1675, it is located in western Munich, and it is always referred to as one of the most important tourist places in Munich, Germany.
It is one of the largest palaces in Europe in terms of area, and it consists of several large floors, in addition to fairly small royal rooms, in addition to the gardens that surround the palace in all respects.
On the last floor of the palace there is a museum that contains many artifacts, and was originally a small factory used to manufacture the dishes for the kings, which were made of royal porcelain. 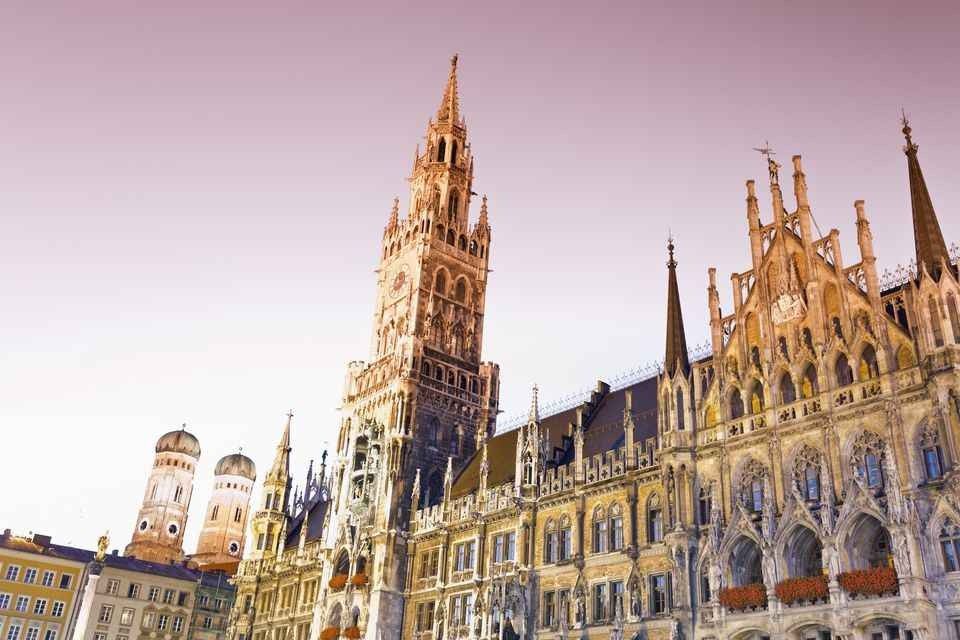 Marien Platz square is the main square in the city of “Munich” and includes within it the new municipal building known to include one of the tourist places in Munich, which is a (Marien Platz) watch with a thousand years. When you visit the field at eleven in the morning or at noon you will hear the rings Watching the enchanting show that ends each time with the bird's tweet announcing the start of a new show. Marienplatz is a major point for exploring some of the city's famous attractions and landmarks, such as some ancient churches. 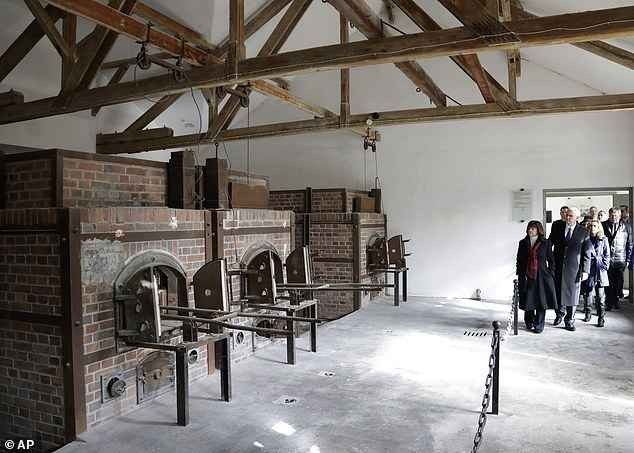 The Dachau camp is located 10 miles northwest of Munich and is one of the first camps set up by the Nazi Party in Germany. The camp is an ideal model for all the camps that the Third Reich established later. During the visit to the camp, tourists learn naturally about the daily program of prisoners and detainees and watch a live simulation of their lives Detention wards, soldiers' barracks, the al-Turit square and galleries are also visited to display remaining items and some memorials.

A few steps away from Marien Platz, one of the most famous local markets in Munich is held in the pantry. The market takes place on a daily basis, in which German farmers display their local products that they cultivated and manufactured personally. The number of sales platforms in the pantry market is about 140 colorful platforms that include fruits and vegetables Fresh. The food market is considered one of the oldest local markets in Germany as it dates back to the nineteenth century and is famous for providing all daily food products such as meat, eggs and various types of cheese in addition to honey, vegetables, spices and sweets. 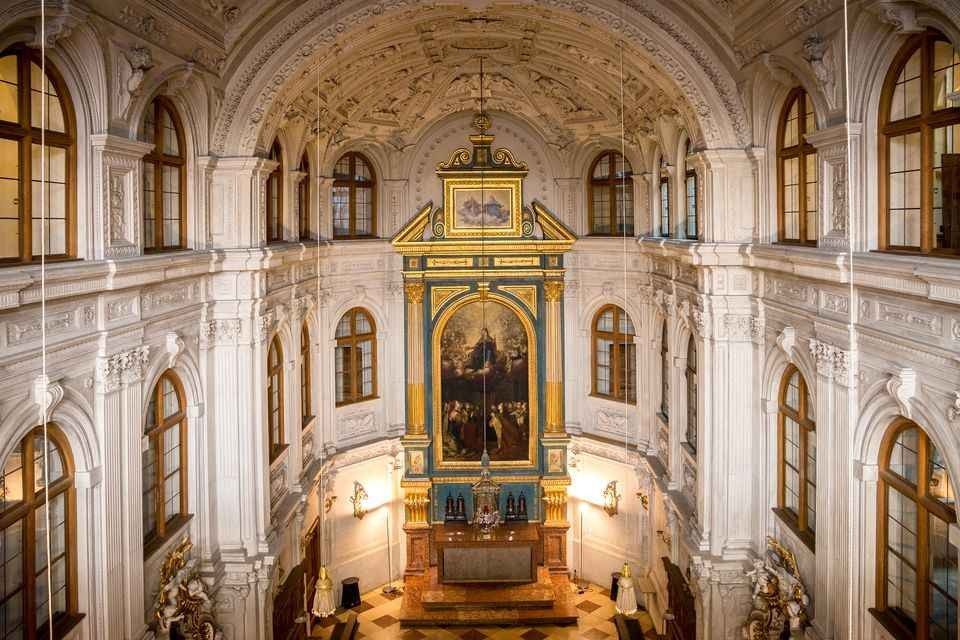 On the edge of Munich's old city is the royal palace, the former residence of the Bavarian monarch and one of the most important tourist places in Munich. Hundreds of masterpieces of ceramics, textiles, and furniture represent all of Germany's urban eras.

One of the most important tourist sites in Munich that should not be missed is the Museum Complex located west of the English Garden. The complex includes three museums, each of which represents an important period in the history of art in Europe:

One of the oldest art galleries in Europe in the whole world and includes a variety of more than 800 masterpieces and original pieces, some dating back to the early Middle Ages.

The museum displays a variety of artworks and sculptures from the end of the eighteenth century until the twentieth century. The museum houses a distinguished and special collection of works by German artists from the nineteenth century and another group of famous French impressionist artists.

This hall is the largest museum of modern art in Germany and includes the most important artworks in the twentieth century in addition to photographs and videos.

One of the tourist places in Munich that can be entered for “Euros” on Sundays. The museum displays a variety of traditional and interactive exhibits and is located adjacent to the botanical garden.

Lake Walchensee is located one hour from the heart of Munich and is considered one of the deepest alpine lakes in Germany. The lake has a depth of about 200 km while an area of ​​16 km2. Recreational activities at Lake Walchensee include swimming, boating, water skiing, fishing and snorkelling. Visiting the lake is not only based on swimming and water activities, but mountain climbing tours are a favorite activity for tourists. 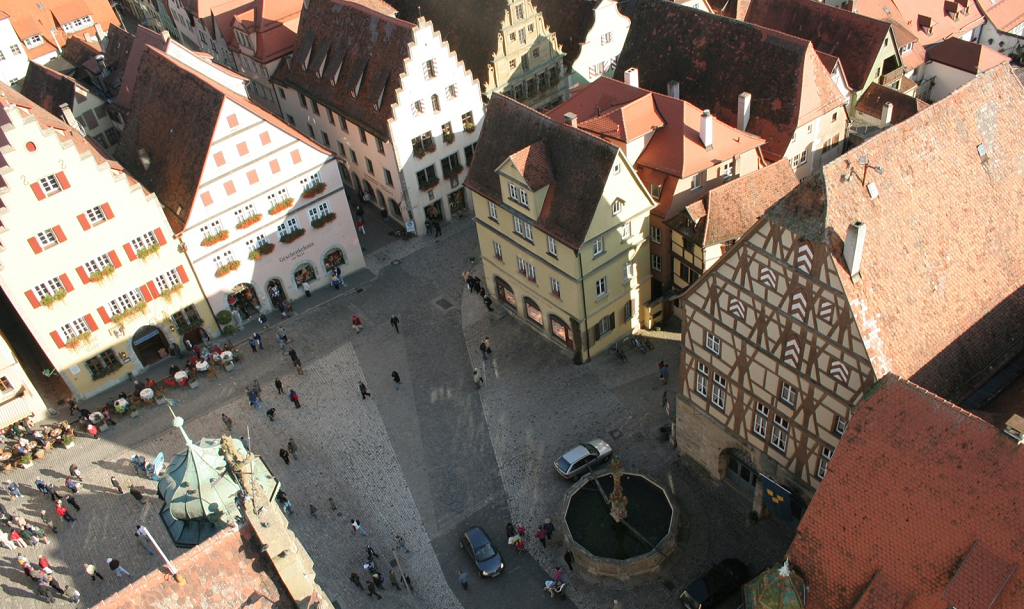 If you want to see Germany in the Middle Ages, you only need to visit the city “Rothenburg ob der Tauber,” which is located two hours north of Munich. The city that maintains its condition is by far the best medieval buildings in all of Germany. The city “Rothenburg” is one of the cities of historical importance in Germany, as it was during the fourteenth century the second largest city in the country. One of the tourist places in the city is the old square, which is preferred to visit on foot, as well as the Museum of “Crime and Punishment” in the Middle Ages. 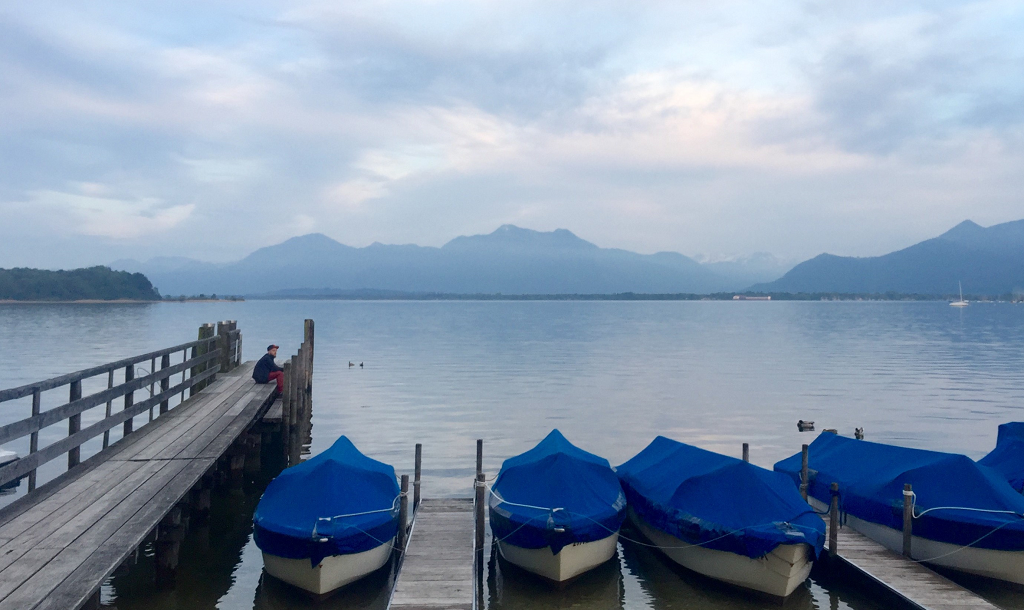 Fresh fishing lake, which is the mouth of three rivers in Germany and is not more than an hour and a half away from Munich. There are many health clubs, saunas and private swimming pools around the lake, but they lack restaurants.

The Italian city of Ferrara .. the city of beauty