Tourist places in Rustaq in the Sultanate of Oman .. the tourist trip is enjoyable when you combine the natural places for recreation and historical monuments to get to know the past so Arab travelers give you your guide to the ideal place to do this.

Traveling to Rustaq .. Know the temperatures and the best times to visit in Rustaq, Sultanate of Oman .. 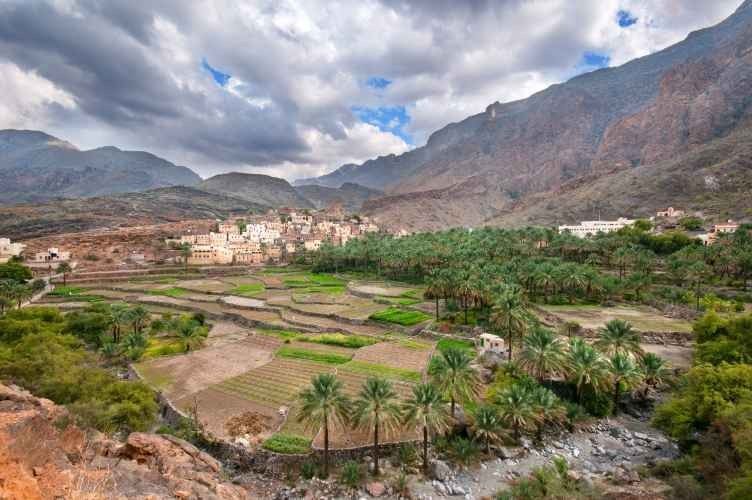 Traveling to Rustaq .. Know the temperatures and the best times to visit in Rustaq in the Sultanate of Oman .. Dear tourist Traveling to Rustaq requires you to know the weather conditions in them to choose the appropriate time for the visit so the weather in Rustaq and Oman is mild in the winter from October to March and very hot In the summer, temperatures reach 38 and 40 degrees Celsius and more during the day and 30 degrees Celsius at night. Despite this high temperature, mountainous areas have more moderate temperatures, so we advise you, dear visitor, to visit Rustaq in the period from January to February, as it is the best time. To visit where it is dr Heat has come moderate and tends to cool in the northern region, which helps you to stroll freely away from the heat of the sun. Read also: Tourism in Salalah .. Bride of the Sultanate of Oman

“Al Mansoor Fort” is the best touristic place in Rustaq .. It is considered one of the most important tourist places in Rustaq, it was established in 1204 AD during the reign of Imam Saeed from the mountain and gravel Omani mountain and its wood is Kandal and this ancient building is an architectural masterpiece that tells us an era Important in the history of the Sultanate of Oman, so the fort is gaining the attention of the state, as tourists go to it from everywhere to see its three floors, which includes a different room of armories, dates, and water wells, in addition to two towers. That passed in the past as Marked the fort views of the “Falaj Mansour” where conducted by water to irrigated palm groves Mahaoth fortress do not miss the souvenir pictures taken for this scene, which mixes history with nature. 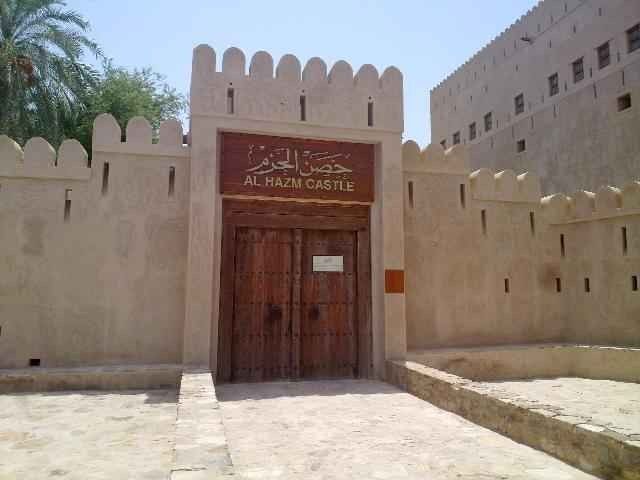 “Al Hazm Castle” .. the best tourist attractions in Rustaq .. Dear tourist, if you are a fan of learning about the art of architecture in the Islamic style, then definitely go to visit Al Hazm Fort located in the state of Rustaq, it is one of the best tourist places in Rustaq and see its beautiful architecture represented in Its large wooden gates and escape tunnels were built to be used in times of siege and defeat, and there are also unique holes that were used to throw boiled materials on the enemy. As for the design of the castle, it is very powerful, so the width of the wall reaches 3 meters. Miss watch and take pictures of different Bonhaiha. 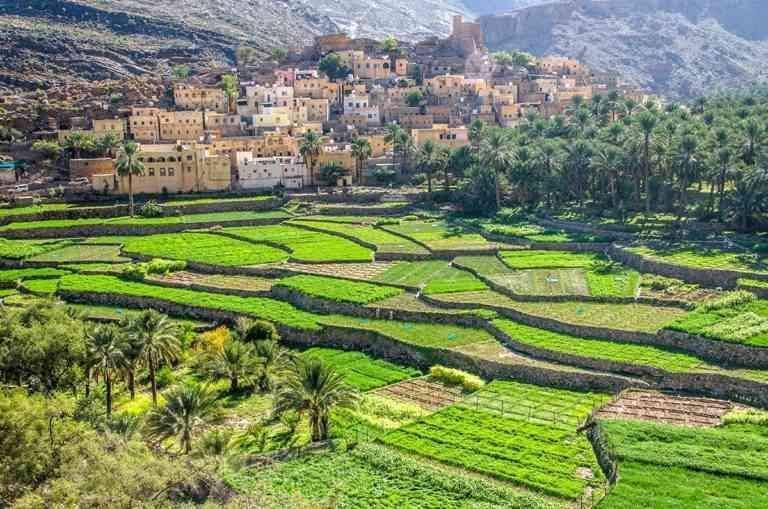 “Rustaq villages” .. The most beautiful places of tourism in Rustaq .. Rustaq villages are the ideal destination for nature lovers far from pollution and noise, so dear the tourist will feel comfortable and relaxing as you will restore your physical and mental activity, you should visit to spend the best times in the vast green areas of plantations and trees The palm trees and roses that bloom in the spring and birds on the trees build their nests, as there are a number of beautiful valleys such as the Al-Himali Valley and the Al-Hajar Valley. Q of daggers and accessories and clothes as souvenirs for the lovers to tell them the beauty of this nature after you return home and also it is necessary to spend time with the locals to listen to their beautiful stories as you will be able to get acquainted with the folk arts they have such as Al-Razha and Al-Ezzi as well as watching them while doing some traditions such as ” Al-Tahlula ”and Al-Jaddad, meaning gathering dates, and you can take memorial photos with them after taking their approval, and the number of Rustaq villages reaches more than 120 villages. Also read: Tourist Places in North Al Batinah 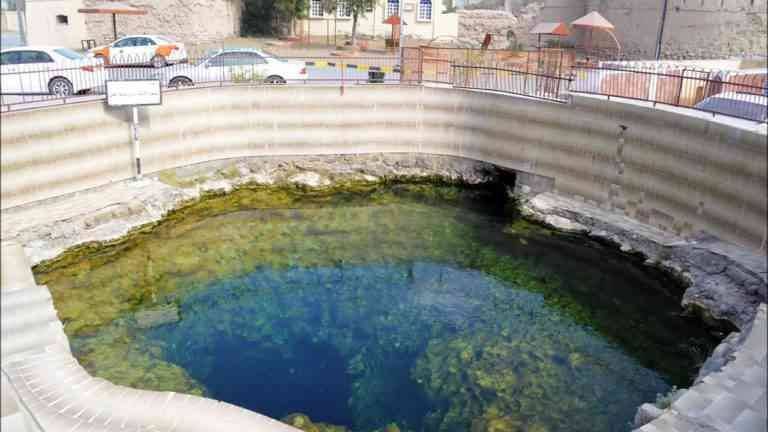 “Al Kasfah Hot Spring” .. the best places for tourism in Rustaq .. Rustaq State and Sultanate of Oman are known in general for the spread of water springs in it and one of the most beautiful tourist places in Rustaq is “Eye of the Cassava” as it contains water with a temperature of 45 degrees as this infiltrates Water through small streams to irrigate orchards, and we advise you to go to it, dear tourist, because of its great benefits, especially in the treatment of skin diseases and rheumatism, because it has a number of natural elements, the most important of which is sulfur, so there are ladders on the sides to facilitate descending there and there are many natural water eyes also like the eye Located in the valley Built Auf “and appointed Kdhira in the Valley” dank “which is characterized by its palm trees enclose and along with the eyes, such as the charming Temtlo mandate is built Ghafir valleys and Alsaabeyen and built Hennie.

Fort Al Hawqayn, the most important tourist place in Rustaq.

Fort Al Hawqayn Fort .. the most important tourist place in Rustaq .. It was established in 1722 AD and is considered one of the best tourist places in Rustaq where it is located on a high mountain hill and was used as a site for observation and fortress during the war days as you will see by several towers and they are Al Khadour Tower and Al Kubayjah and Al Sarooj And near Sayeghi, you will find homes dating back thousands of years and distinguished by its beautiful architecture. Read also: Tourist places in the phenomenon Amman 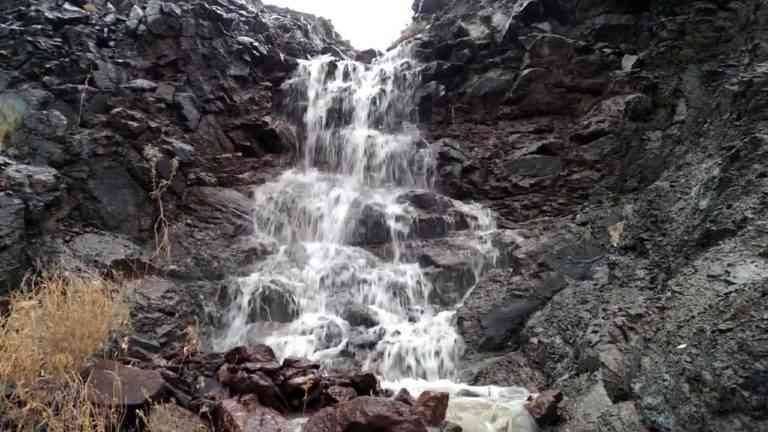 “Waterfalls Al Hawqayn” .. the best tourist places in Rustaq .. There are wonderful waterfalls in the state of Rustaq in the Valley of Hawqin and large numbers of visitors go to see these waterfalls that descend throughout the year amid the rocks and green, a beautiful panoramic view is worth seeing and the region is crowded Especially on occasions and holidays, it is certain that you will enjoy relaxing under the palm trees, as there are many aflaj near, such as Al-Falah Al-Aali, Dumatha, Jleeba, Al-Saeedi and others. As for the natural eyes, the most famous ones are the eye of the creek, the bathroom, the blackness, the Funga, the skull, and others. And in the surroundings, such as the tassel cave, the vicinity of Halees, the Marsara and other caves formed over time.