Sharm El Sheikh is one of the most important tourist centers in the Sinai, and one of the most important diving destinations in the world. Marine life has caught the world’s attention to Sharm El-Sheikh, especially the Ras Mohamed marine sanctuary, which enjoys a breathtaking coral reef, which includes a huge diversity of marine life and coral reefs. It is also a great destination to relax, enjoy beach water and clear sand.

Ras Muhammad National Park is considered one of the most important tourist places in Sharm El Sheikh, where you put it on the map of global tourism. The reserve is surrounded by a number of the most important diving sites in the world, and it also contains a number of the most beautiful beaches of the region; And Aqaba Beach. Head to the slope of the Shark Observatory, located on the southern side of the reserve, if you want a magical view, on both sides of the Red Sea. Address: Thirty-eight kilometers south of Sharm El-Sheikh. 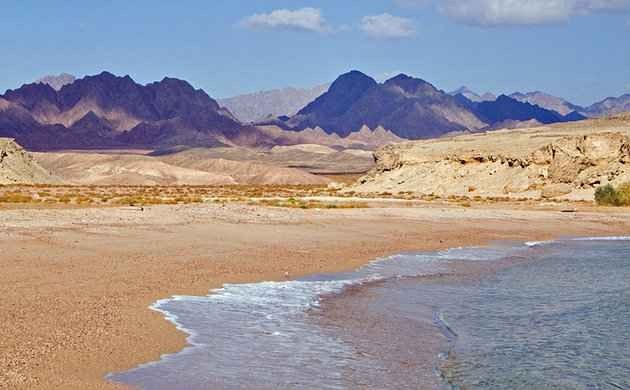 Naama Bay is adorned with white sand and towering palm trees that shadow the sky. The center of tourist life in Sharm El Sheikh, and includes a huge number of restaurants, cafes, and souvenir shops. So you will never tire of this place. Naama Bay is an ideal place to enjoy sunbathing and get a natural tan. The edges of the bay are filled with tourist resorts that carry the true meaning of luxury, luxury and luxury. So you will feel like a endless royal trip. 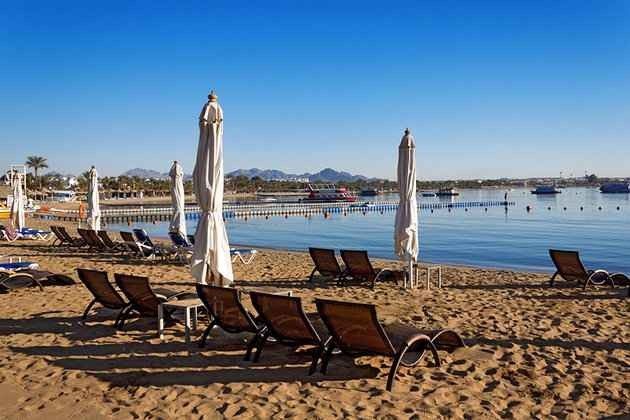 Naama Bay Yolanda Reef Jolanda Reef The Yolanda Reef is one of the most popular diving sites on the northern side of the Red Sea, which is located in the Ras Mohammed National Park. Tourists from all over the world come to dive into this magical place to see the Yolanda Cypriot ship that sank With this reef barrier in 1980, the Yulanda Barrier Reef mixes between being an archaeological landmark and one of the most important areas of biological diversity in the world where it includes the Shark Barrier, which contains huge types of fish. 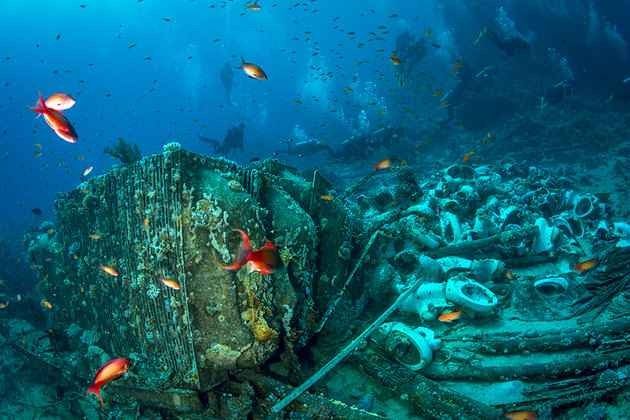 Ras Umm Sid Beach is considered one of the most beautiful tourist places in Sharm El Sheikh and it is located in the southern part of the city beside the lighthouse. Visitors to the beach enjoy either relaxation, soft sand and charming sun; or snorkeling with its breathless waters with the beauty of its coral reefs and its picturesque neighborhoods. Scuba diving is where the reef barrier is easily reached, without you having to dive a long distance. Address: Al Fanar Street. 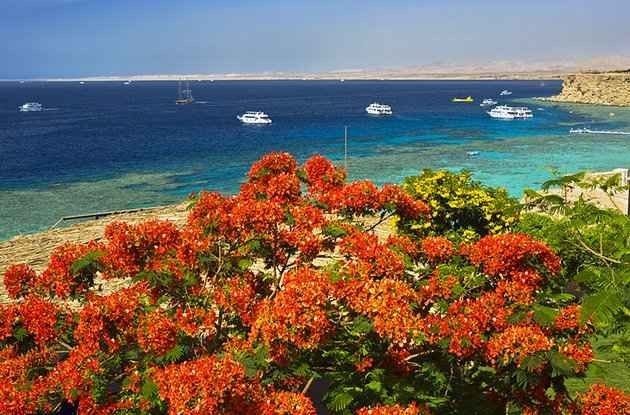 Shark’s Bay is located to the north of Naama Bay, and is famous for its luxurious five-star hotels and resorts. So if you want a royal holiday; Shark Bay is the perfect place. Soho Square Center, which is a great place to celebrate and enjoy a fun time, has many restaurants, cafes and celebration places. Address: seven kilometers north of Sharm El Sheikh. 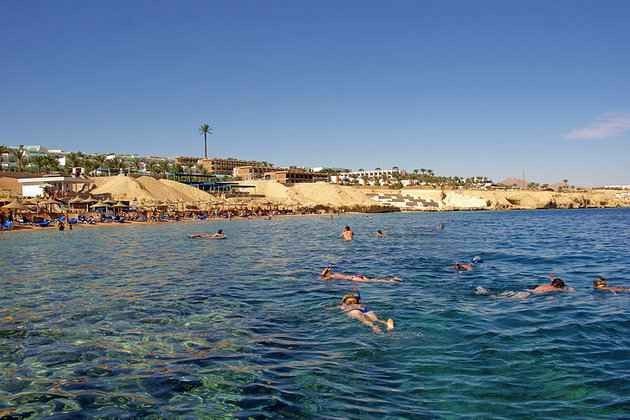 The Jackson Barrier Reef is located on the doorstep of Tiran Island, between the Sinai Peninsula and the southern end of the Kingdom of Saudi Arabia. It is one of the best diving places in Sharm El Sheikh, and it contains huge numbers of large surface fish, and it is also famous for sharks that can be seen throughout the year. Next to this is the wreckage of the Lara ship; a cargo ship sank at an old Jackson barrier, which gives it an added advantage in terms of; giving the place beauty, and other charm. 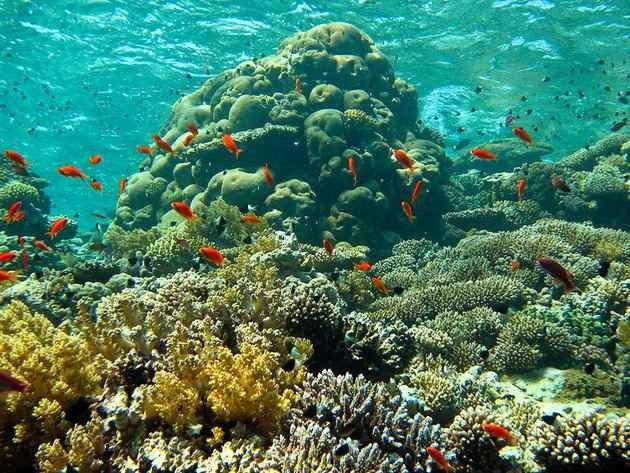 Also known as Sharm El Maya, it is considered the market, or the main bazaar of the city, so it is one of the most important tourist places in Sharm El Sheikh. You can enjoy shopping as it contains many commodities of Arab and Egyptian character, such as; Arab lamps, traditional hookah, and handcrafted wood crafts. , Spices, and others. All at cheap prices and high quality. Just be sure to go at night, or after sunset to avoid the heat of the day, and be able to enjoy shopping. The market also contains a number of restaurants, and cheerful cafes that; characterized by food, delicious drinks along with the pleasant atmosphere, and fun where: You can mix with the local people. Address: Sharm El Maya Road. 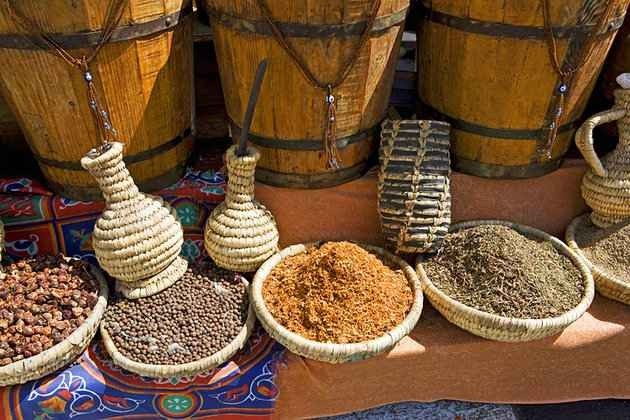 The gardens are located at the end of the northern part of Naama Bay, and it extends along the coast, and is one of the largest and most beautiful diving places which places it among the most important, and the best tourist places in Sharm El Sheikh. The gardens are divided into three diving areas; near the park, in the middle of the park and after the park. It is considered one of the easiest places to dive near the park, as it is easily reached by either a chat or a boat, and it includes a wonderful diversity of aquatic life such as clown fish and butterfly fish. 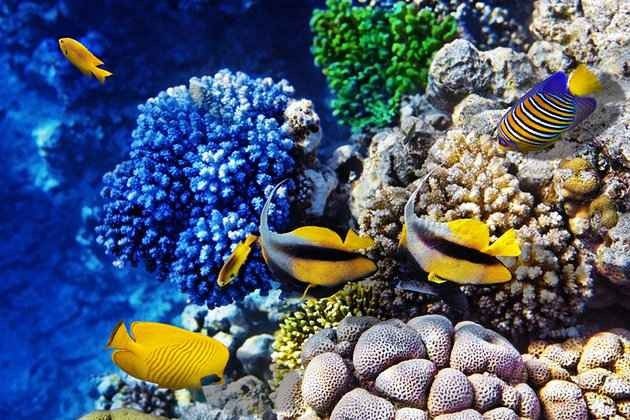 It is one of the diving sites of Tiran Island, and it is characterized by an enchanting diversity in marine life, there is no other site in Sharm El Sheikh. Thomas Coral Barrier; a diving area for professionals, so even if you are skilled diving you must go with a specialist. He wants to test the original sea life of the Red Sea. It is characterized by enchanting coral reefs with colors, and marine creatures that look like from another world. 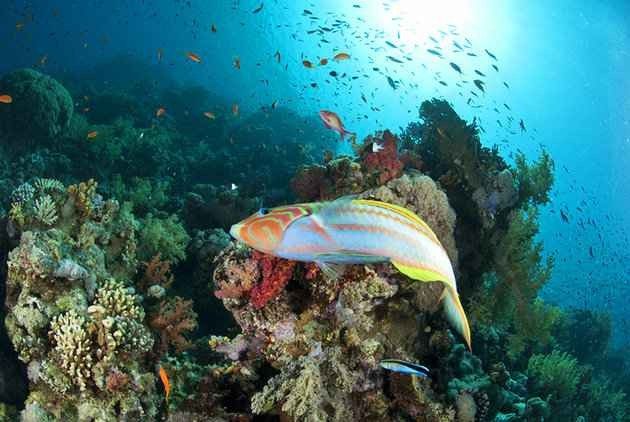 A stunning coastal desert, north of Sharm El Sheikh, contains most of the northern part of the mangrove forest. Nabq Reserve is a habitat for sand dunes, empty beaches and shrubs. It is considered one of the most important areas of Egyptian wildlife that has not received any form of pollution. It is also home to huge numbers of birds, endemic deer, and elephants. It contains wonderful places to dive, and is an ideal place to relax, get away from the crowds, enjoy loneliness and calm. Address: twenty kilometers north of Sharm El Sheikh. 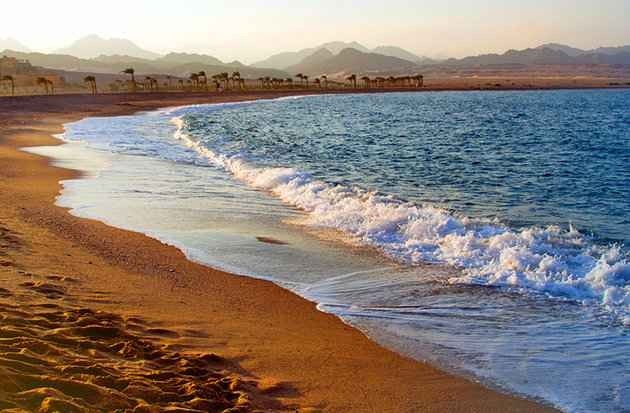