Here is a group of tourist places in Switzerland, especially the most famous in the city of “Lucerne” (Lucerne in German). This city is located at the northern end of Lake Lucerne, where the river “Rios” flows from the lake, and it still retains the elegant historical buildings that are in it and its pleasant atmosphere. Since the Middle Ages, it is therefore one of the most attractive cities for tourists in Switzerland.

This lake is surrounded by famous tourist mountains and it is the fourth largest lake in Switzerland, and it is considered the largest place that contains stunning natural scenery in the whole of Switzerland. Going on trips by boat and wandering through the various lakes is among the most prominent features of this city. The ship across the beautiful Lake Lucerne on a sunny summer day is of course a great experience, but going on a cruise late on a moderate summer evening, or several days before “Christmas”, to a sea of ​​beauty and splendor and is to the city of Lucerne ”, it definitely must be at least an unforgettable experience. 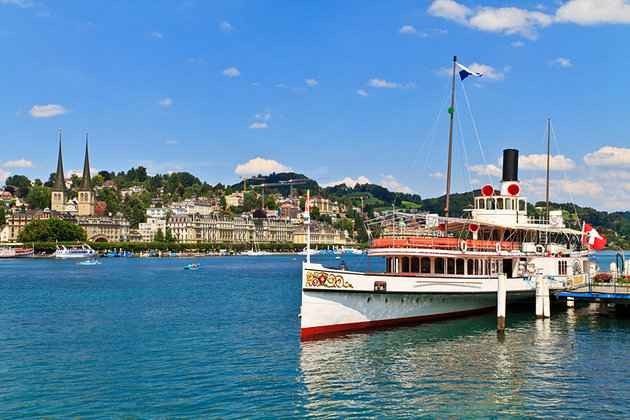 This famous wall and the nine towers that were built with it, they are part of the historical fortifications that have been built around the city of “Lucerne” since the thirteenth century, and they are still preserved in good condition to this day. There are four towers of them open to the public and they are: (Zyt, Wacht, Schirmer, Mannli), but the “Zyt” tower is the most famous among them and it is because it contains the oldest clock in the city of “Lucerne”, as this watch was built in 1536 and is also not an ordinary hour, And that is because it rings one minute before all other hours in the city, and that is every hour of the day. 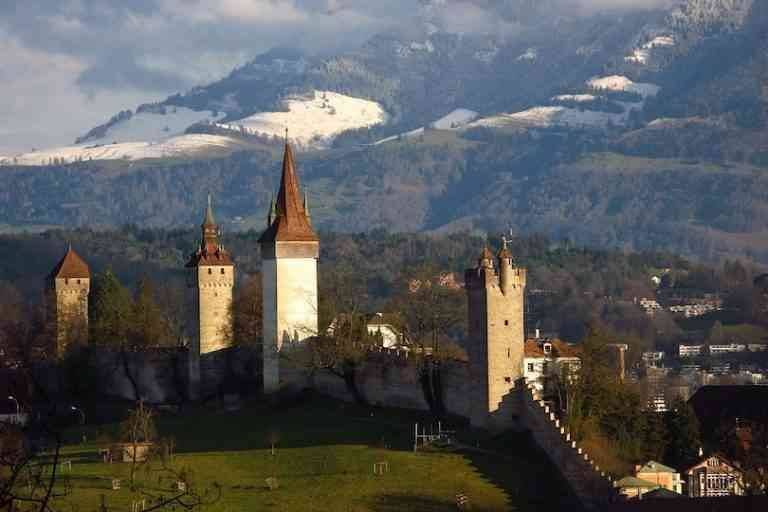 The length of this bridge is about 204 meters (670 feet), and it crosses the “Ruwais” River in a deviant way. This bridge is named after it is close to the St. Peter’s Chapel, and it is also known as (Capelbrocka) This bridge or rather its replacement is considered the most photographed site in the city of “Lucerne”, in addition to that it is considered the oldest wooden bridge covered in Europe. This “Chapel Bridge” was built in the fourteenth century, and that until it was burned in 1993, and Then it was immediately rebuilt and became beautiful as well as in the past. This bridge is characterized by the presence of a group of paintings from the seventeenth century. 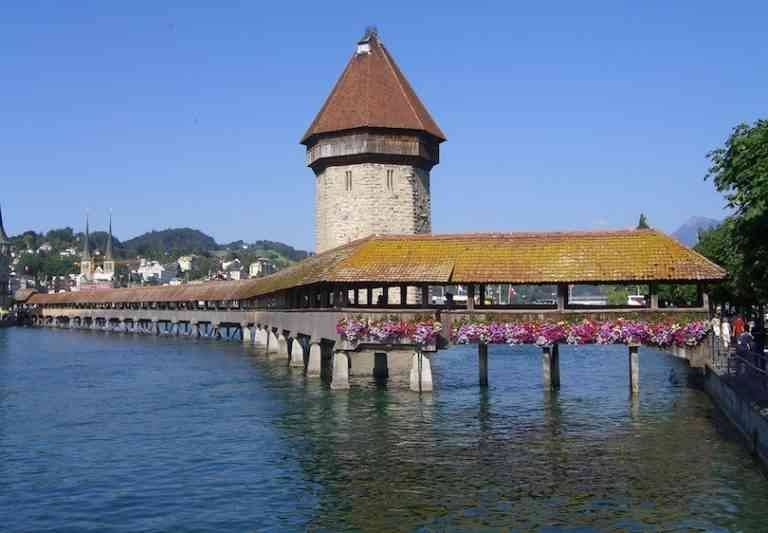 This mountain is one of the most famous tourist places in Switzerland, where this mountain is a symbol of the city “Lucerne”, it consists of several peaks overlooking this beautiful city, and the highest summit is “Tomlinson” with a height of 2,128 meters (6,982 feet). To this mountain is an adventure in itself, where you can get there by riding on the steepest railways in the world, which works between May and November. Also, you can reach this mountain throughout the entire year through the gondolas (A long, thin boat, with a long paddle and a thin edge), or via cable car (an air passage operated by electricity, N from fixed cables). In the summer, tourists can take a “golden tour” by riding boats across Lake “Lucerne”, and then riding what is up to this mountain. 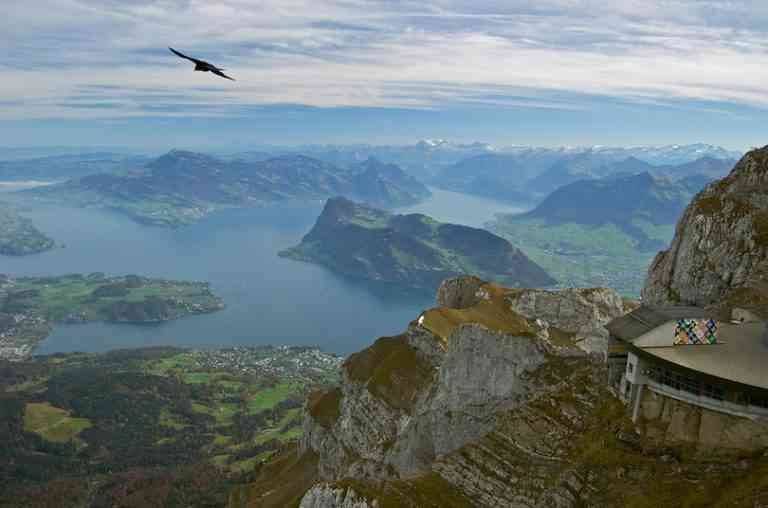 This sad lion memorial was built to pay tribute to the Swiss soldiers who tried to protect the royal family during the French Revolution. This memorial includes a lion dying carved from a sandstone wall over a pond at the eastern end of the city of Lucerne. It is reported that he died more Of the 800 Swiss guards who died while defending King Louis XVI and his family, this was in the Tuileries palace, and some of them also died later in the French prison, and only 100 soldiers were able to Flee this massacre. 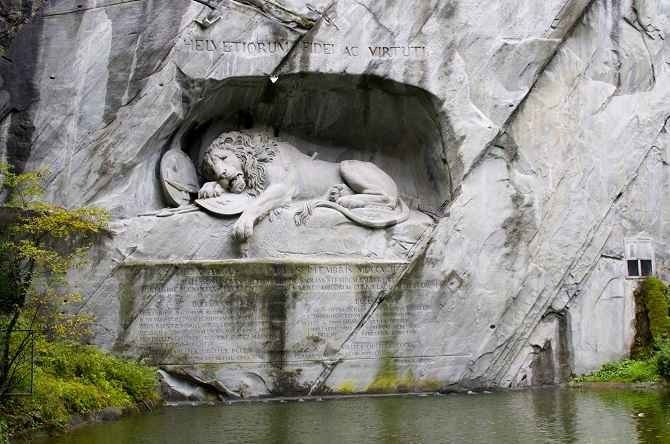 Planning to travel to Italy

Study in Germany from A to Z (Part 1)