Tourist places in Trabzon, the amazing Turkish city that will captivate you with its history and architecture

There are a large number of tourist places in Trabzon that tourists especially go to Turkey to see, including sites
Historical and cultural attractions and a large list of places and other tourist destinations in Trabzon that you can explore
With us in the next article.

The most beautiful and most important tourist places in Trabzon

Sumela Monastery is a Greek Orthodox monastery located on the top of Mount Mila and is part of the Alder National Park and is therefore a place of
Great historical and cultural importance.
The monastery was founded in 836 during the reign of Theodosius I, and has been renovated several times since then.
The monastery is characterized by its typical Turkish designs, which are visible in windows, fireplaces, walls, and cupboards inside, and it also has murals
Beautiful, dating back to the eighteenth century, spread over three floors of the monastery. 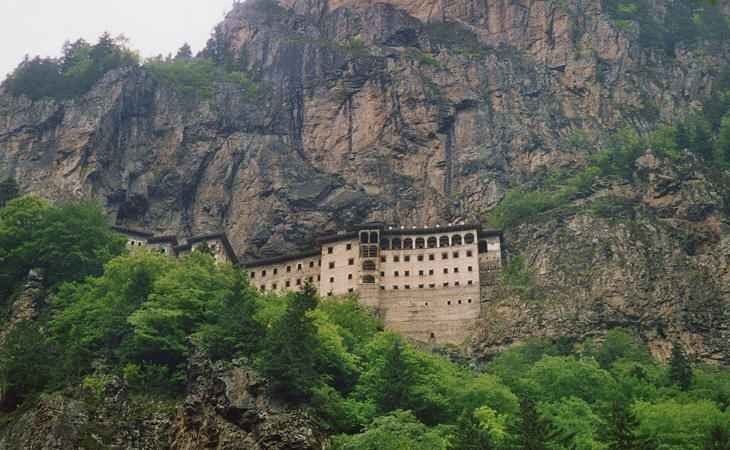 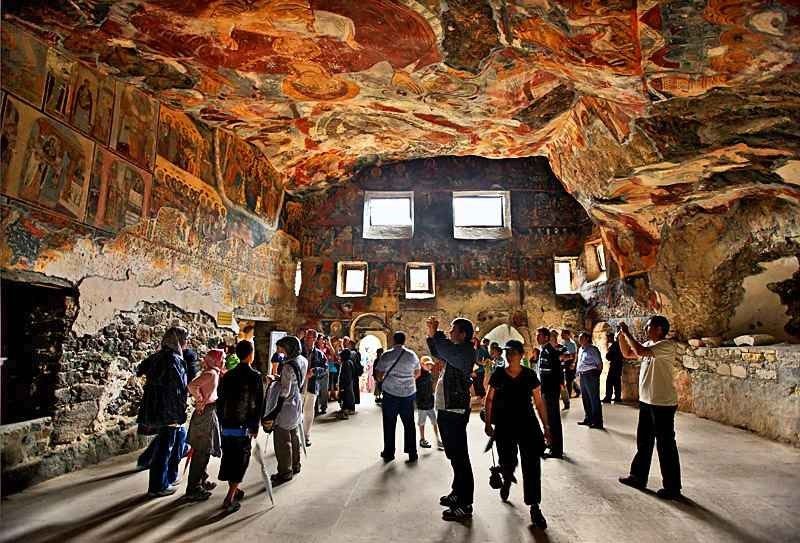 Hill Boztbeh is also known as Mt. Minthrion is a hill near the city where you can get a great view
For sunset, you can also see the entire city from the top of the hill in a wonderful sight.
Above the hill there is a mosque that was a church until the nineteenth century and then converted into a mosque. There are also four sacred fountains located
On the hill of Boztbeh, which is the Fountain of Saint John and the Fountain of the Monastery of Kaymakali known as the Milk Fountain, and the Fountain of Skilolemen which
It has become a dry lake at the present time;
Finally, the Dragon Fountain, which got its name from a legend, tells the story of a dragon killing on this site. 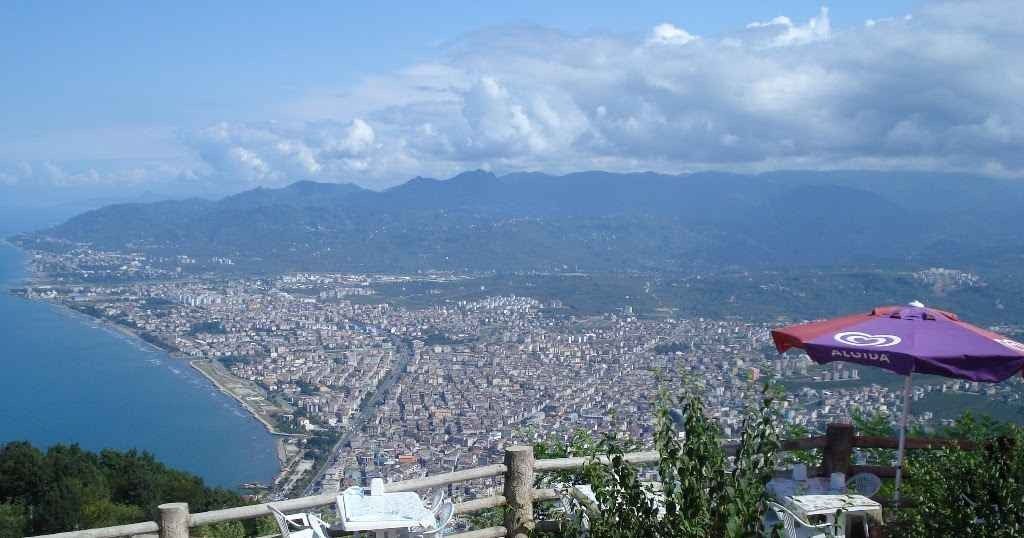 This villa or palace is one of the most important tourist places in Trabzon, as it was built for Ataturk, the most important man in Turkey and is famous
That he gave the Turks a large number of freedoms and rights.
The house consists of three floors with exquisite interiors as well as milky white marble, the entrance is decorated with rose garden
Wonderful, the palace’s inner gardens are also beautiful.
Many tourists head to the palace to see and enjoy in this place as it is considered a good place to rest and relax after a day
Sunny. 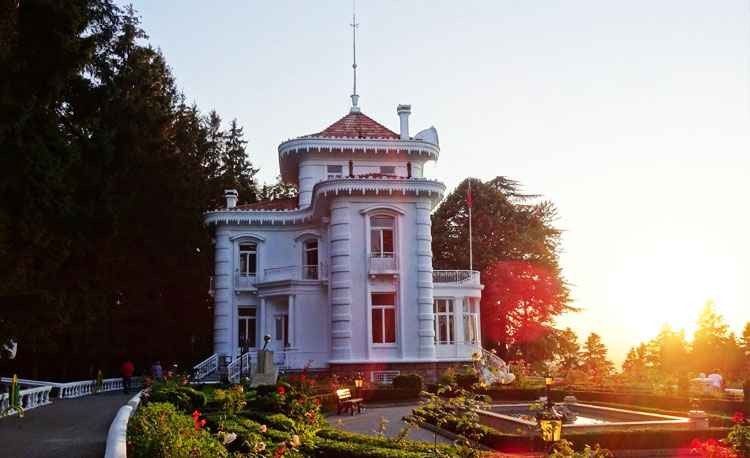 Known as the Kostaki Palace, the Trabzon Museum is a model museum that preserves archaeological and ethnographic exhibits and has been used as the headquarters
The Turkish government during the war.
The museum was built in the twentieth century as the home of a wealthy Greek banker named Kostaketophylactus and then taken home from it after going bankrupt.
It was later converted to the Trabzon Museum.
The main highlights of the museum are the Antiquities Department and contains a collection of ancient coins and other objects
Made of marble, basalt, ceramic, metal, and glass from the Bronze Age and the Classical Age.
As for the ethnographic section, it displays distinctive features of the museum, and you can see many Islamic works that date back to it
Thirteenth century, when the Ottomans ruled the region. 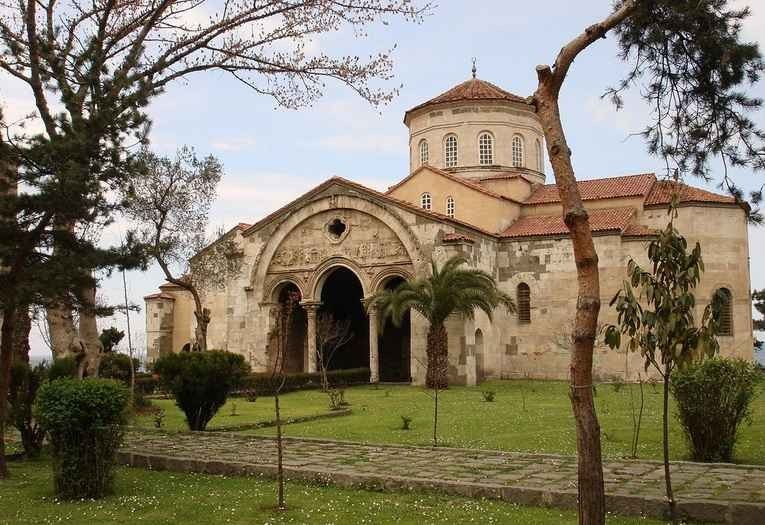 This park is the most popular and important tourist attraction in the entire Black Sea region, the park is located in the western part
From the city of Trabzon.
The park is very rich in plants and animals and includes the Sumela Monastery, which is the secret of the park’s attraction.
The main species of plants characteristic of this garden are oriental spruce tree, spruce, pine, chestnut and oak.
Lemon, willow and black pine trees as well as the forests and various animals, such as deer and goats
Wild, boar, bears, wolves, foxes and many more.
There are also various recreational activities where you can ride an airship and enjoy a unique trip.

Trabzon Castle is located in the northwest of the city, and dates back to the Byzantine era and is built of stone and consists of three parts
Or main floors.
The upper level is known as the Yukari Hisar, the middle level is known as the Ortahisar and the lower level is called
Usagi Hisar.
Most of the walls of this castle still stand strong, although it is one of the oldest buildings in the city, returning the oldest part of the castle
To the first century AD during the era of the Roman Empire, and every era that the country passed through left its effects on. 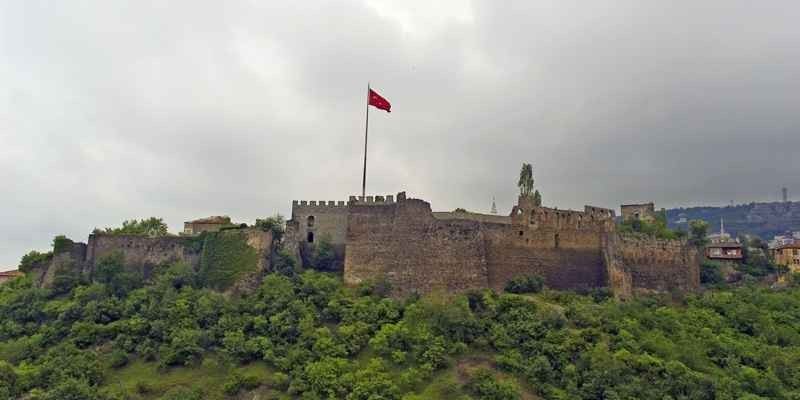