Tourist places in Tripoli, Libya .. Tripoli has a special charm, as it is distinguished by its ancient history, which has gone through different civilizations, so Arab travelers give you your guide to the most important places. 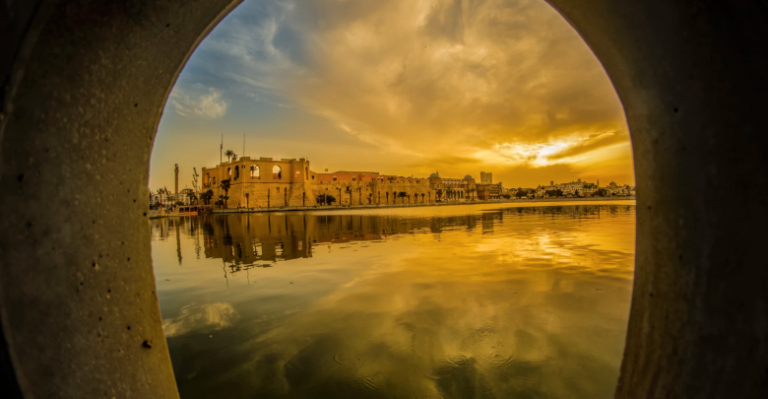 – “The Red Saraya” .. When you visit Tripoli, the first place you must visit is “Al Saraya Al Hamra”, as it is one of the most important tourist destinations in Tripoli and it was called this name due to its red coloring in the past and it is also called the Castle of Tripoli, it is located in the northeast The ancient city is characterized by a beautiful magical character, as it was built on the remaining parts of an ancient Roman antiquity that was originally a temple where marble columns and crowns dating back to the first and second century were found and the castle has a view of Omar Al Mukhtar Street and has the Red Saraya Lake which was originally a sea But it was reclaimed and from It is worth noting that the castle underwent a large number of changes and modifications in its architecture and taste, due to the changes in governance and its area reaching one thousand three hundred square meters and its height ranges from 90 meters to 140 meters depending on each part of it. Read also: Tripoli Libya parks .. Know the best parks 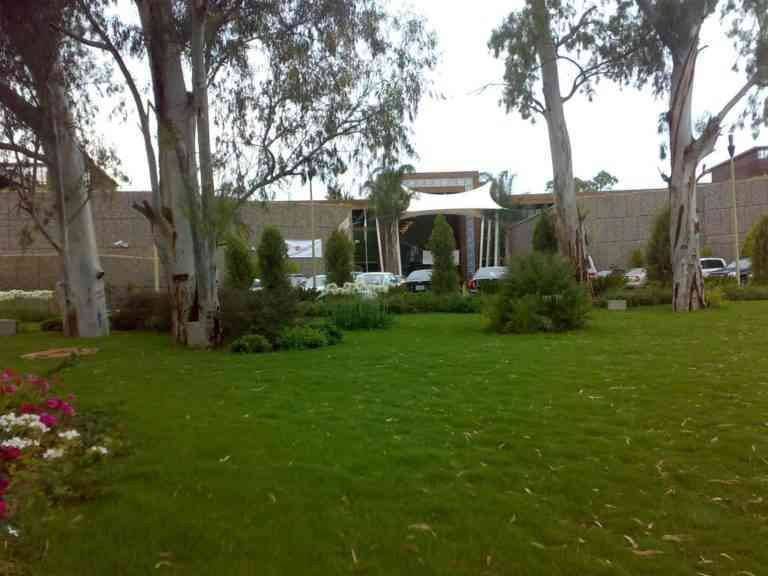 – “Victory Forest” .. It is considered one of the largest forests in the city of Tripoli, and it was considered an open garden of greenery and herbs surrounding Tripoli and construction began during the Italian occupation of Libya. Miss you, dear tourist, to enjoy watching different animals and take beautiful memorial photos. As for the forest, its area is so large that it took spaces to create neighborhoods such as Bab Bin Ghashir district, also palaces and playgrounds. In the jungle it is found among the eucalyptus trees.

Here are the most famous ancient mosques in Tripoli .. Get to know them .. 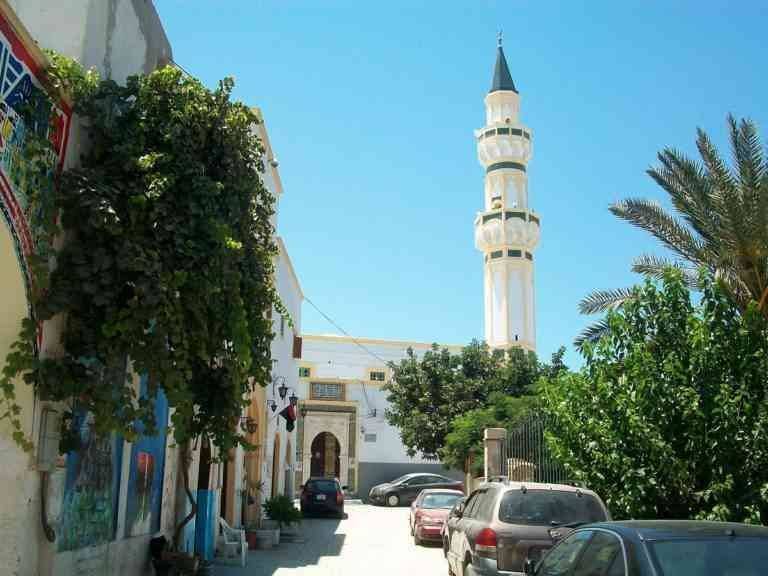 Here are the most famous ancient mosques in Tripoli .. Get to know them ..

The most famous archaeological mosque in Tripoli is located in Al-Zawia Street and it was built in 1859 AD and it has been modified as a second role was built and expanded more than once in the last century and the mosque is famous for its archaeological mihrab.

Dear tourist, when you visit Tripoli, visit the historical mosques in it, the most important of which is the Qarji Mosque. It overlooks the Al Akwash Street, and a large number of tourists go to it every year, especially that there is next to the most famous tourist attraction, which is the Marcus Arch. Prayer Square b It contains three doors decorated and in the courtyard also nine long columns of marble on top of ornate domes and decorated with Quranic verses and drawings of the Andalusian line and up to the height of his minaret to twenty-five meters and is characterized by its beautiful architectural form consisting of marble in green while the mosque walls are decorated with motifs of flowers in addition to that the mosque is equipped with places To perform ablution, toilets, and landfills for its establishment.

– The Arch of Marcus Aurelius 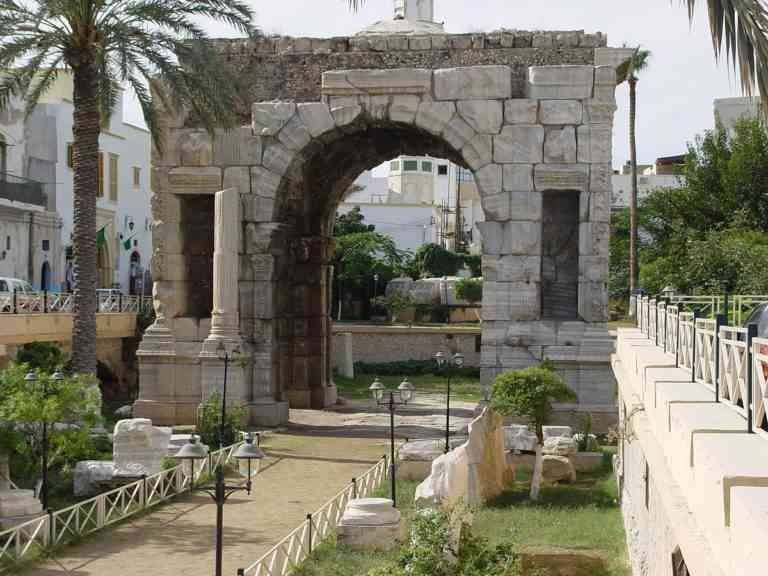 – “Arch of Marcus Aurelius” .. the most famous tourist attraction in Tripoli, which is an arch built to commemorate the Roman Emperor Marcus Aurelius, who ruled Tripoli during this period, and the arch was built in the year 163 AD, and therefore a large number of tourists go to him annually to witness this Roman trace, it is what remains of Roman ruins in Tripoli, there is an arch in the Bab Al-Bahr neighborhood and next to it is the Qarji Mosque. It is worth noting that this Roman ruin was built on the ruins of the Phoenician city, which will give you more enjoyment to see it because it combines two different civilizations, and in the past the arch was used as a place to sell coal or wines Or a photo gallery But then it was taken care of, reformed, developed, and restored to its former era, as it recovered its demolished parts and became a beautiful historical monument worth seeing.

It is a house built by Youssef El-Karra, whose family ruled Tripoli at the beginning of the nineteenth century, and it now serves as an open museum for tourists, where it displays their contents and expresses the lifestyle of those who lived in their era. 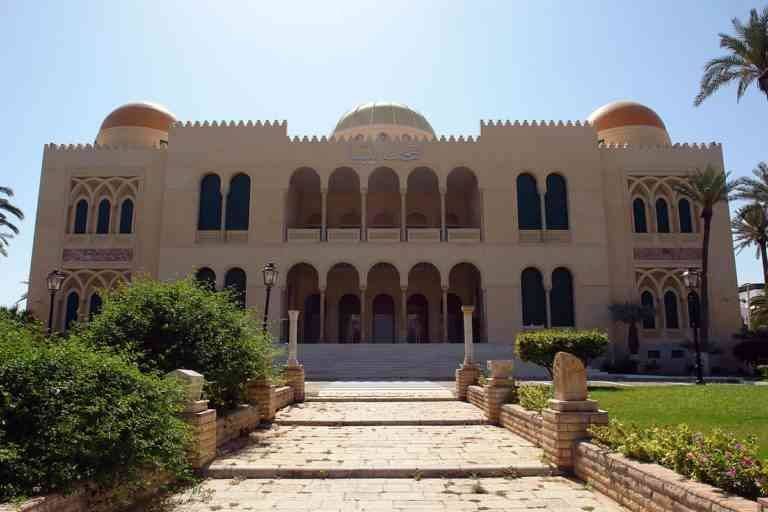 – “Libya Museum” .. If you are a fan of history and a fan of learning about ancient civilizations, we advise you to visit “Libya Museum” which is located in the center of the capital, as it is one of the most famous museums in Tripoli, it is an educational and educational museum at the same time, it depends on explaining the effects on the use of multiple means It is an unconventional museum and is distinguished by the presence of gardens around it, which gives it more beauty. The museum is distinguished by its inclusion of a large group of artifacts dating back to different eras including prehistoric and civilizations such as Greek where visitors can learn from all the historical periods such as the Phoenician and Roman who passed through Libya and not limited to Only for acces P but its archaeological places dedicated to show documentary films that show us multiple times of the history of Libya. 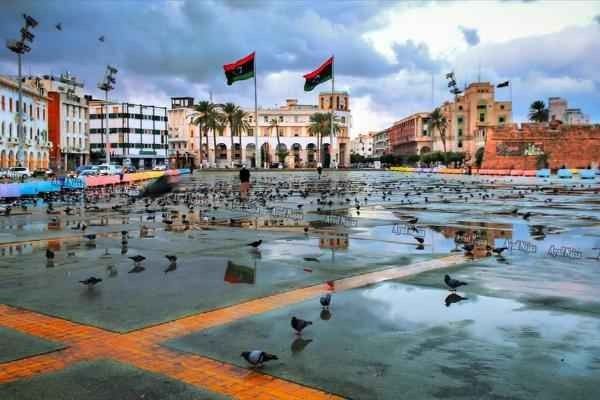 – “Martyrs Square” .. It is one of the most important squares in Tripoli and it was called the Square of Italy and after independence it was called the Independence Square and now it is again called the Martyrs Square so it is a field that witnesses the history of political changes in Libya so a large number of tourists go to see it and gain Its importance is also from the branching of main streets such as Omar Al-Mukhtar Street, and next to it is the Palace of the Saraya, and the field was built in the last century as it is surrounded by a wonderful fountain in the form of winged horses and overlooks the most famous theaters in Tripoli as well as a public park. 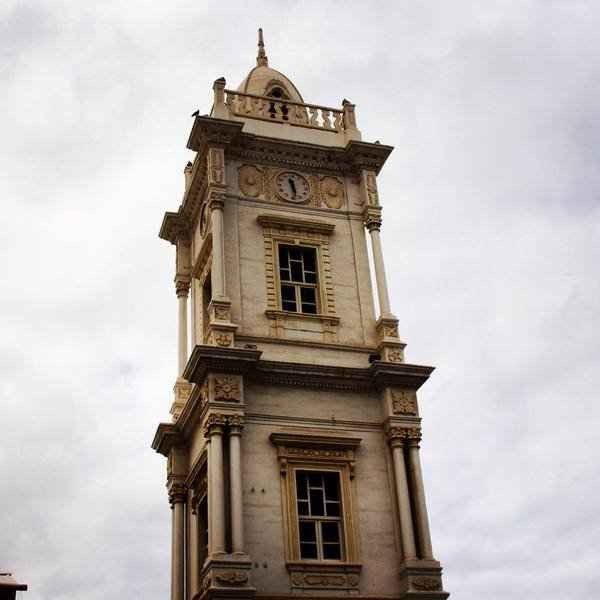 – “Clock Tower” .. It is one of the most famous monuments in the city of Tripoli, where it was built in the period from 1866-1870 by the Governor in this period and it is at the satisfaction of Pasha and there is the tower in the center of the old city in Tripoli, when you go to it you will find that it overlooks A square and there is a clock in the above on each side, with a bell that was ringing in the past, and the tower is distinguished by its design in the Turkish style. As for its height, it reaches 18 meters, we assure you, dear tourist, that you will enjoy his vision especially seeing its columns decorated in marble.

Cheap markets in Los Angeles … get to know them!

The most important cheap markets in Vancouver .. cheap supermarket chains