Tourist places in Unaizah .. Your illustrated guide to the most important tourist attractions in Unaizah, Saudi Arabia

There are tourist places in Unayzah that you should never miss if you are in the city as these tourist places are considered to be from
The most important features of the Qassim logic. Unaizah is the second largest city in the Qassim region and has a rich heritage and history where it was inhabited before the spread
Islam for centuries then became an important stopping point for Muslim pilgrims and pilgrims who were coming from Mesopotamia
Like Iraq and Iran while they are going to Makkah Al-Mukarramah. As a result, the city is full of history and important tourist attractions. Get to know it with us in this article.

Al-Ghada Heritage Village is located in the west of the city of Unayzah in the Al-Qassim Region. It occupies an area of ​​four hundred thousand square meters. This heritage village was created by Ramat Shams Company to be an amazing tourist place that attracts thousands of visitors and stimulates tourism
In the city, as it was created to embrace the annual Al-Ghada Festival, where it will hold fun and popular activities and activities and other
Fun activities that take place in the heritage village of Al-Ghada. The village includes a group of unique facilities such as markets, popular stores, theaters, camps and play areas.
For children, hiking places, and family and family leisure activities. 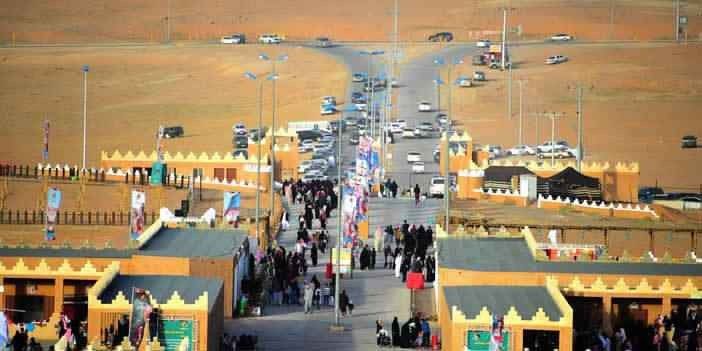 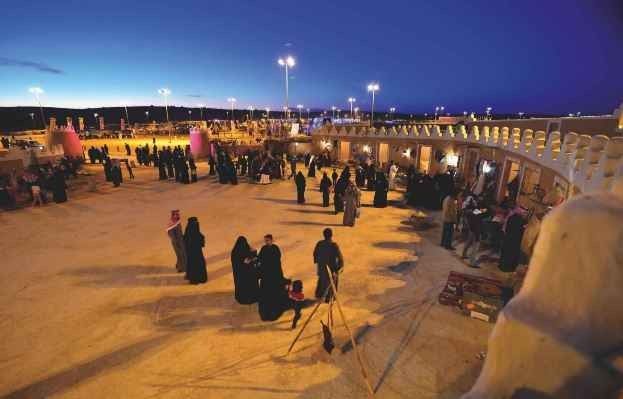 Al-Jouz Mosque was built in 1237 AH, that is, around 1822 AD, and this makes it one of the oldest mosques built in
The city of Unayzah, when you visit it, you will know that history has deeply rooted in this mosque, so everything around it appears from this time except the mosque, it seems as if it had been stuck in the instrument of time reference. So it is insulated from noise and located
Amidst a group of scenic landscapes that add a more spiritual atmosphere to the region. 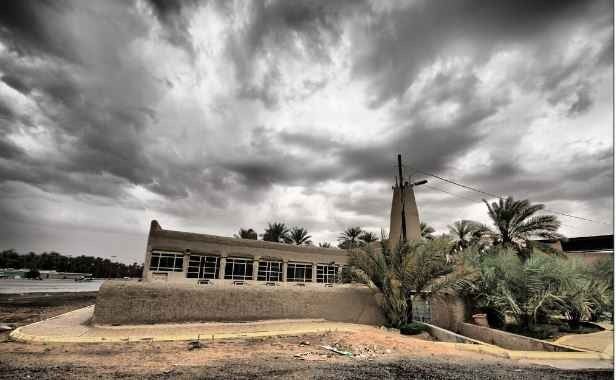 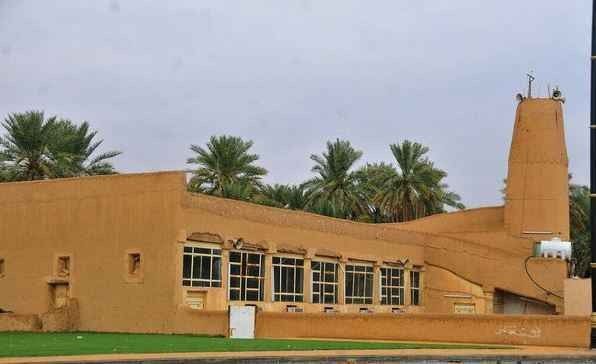 The Clock Square is one of the most beautiful tourist places in Unayzah at all, and it is located right in the middle of the city
Its beauty has been created to stimulate the beauty of tourism in the city and its beauty. The field includes gardens, lakes, fountains, markets, shops and all aspects of active and enjoyable life found in it, and in
Religious holidays, special and national occasions, the square becomes a tourist attraction full of visitors and tourists who go out there.
To hike and spend happy and enjoyable times in celebration of holidays. Also, many wonderful local events are held, for example, the flower exhibition that was held recently in the field and attended by many
Of tourists and locals. 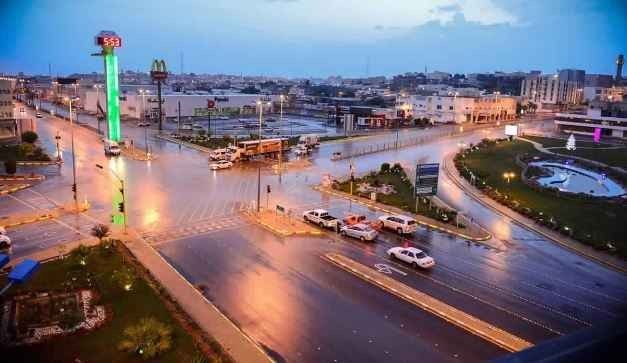 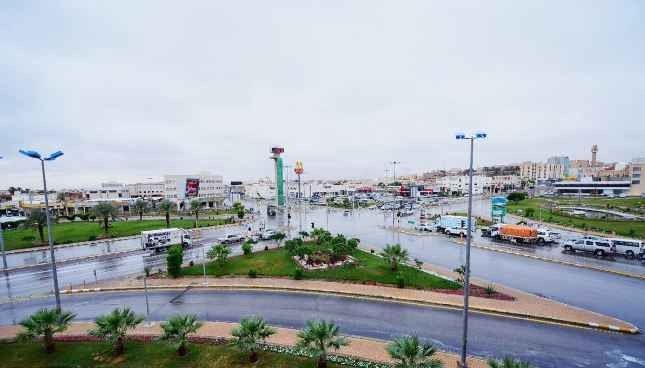 Lake Al-Awziah is the largest lake in the Kingdom of Saudi Arabia in its entirety and is one of the tourist places in Unayzah Liss
It has an unprecedented beauty. The lake area reaches fifty square meters. It is completely natural and consists of three main valleys and is considered a tourist destination.
First in the city of Unayzah for many tourists from all the cities of Qassim such as Buraidah in addition to the cities of the entire kingdom and tourists from outside
The kingdom also has become one of the most important tourist attractions in the entire Arabian Gulf, where people from all parts of the region come to see it
Her breathtaking beauty and beautiful appearance that captures hearts during sunset and sunrise, and its sparkling waters, as if they were sprinkled with beads.
Pearls. Tourists can ride motor boats in the lake and enjoy a perfect stroll in its fresh, shiny waters. 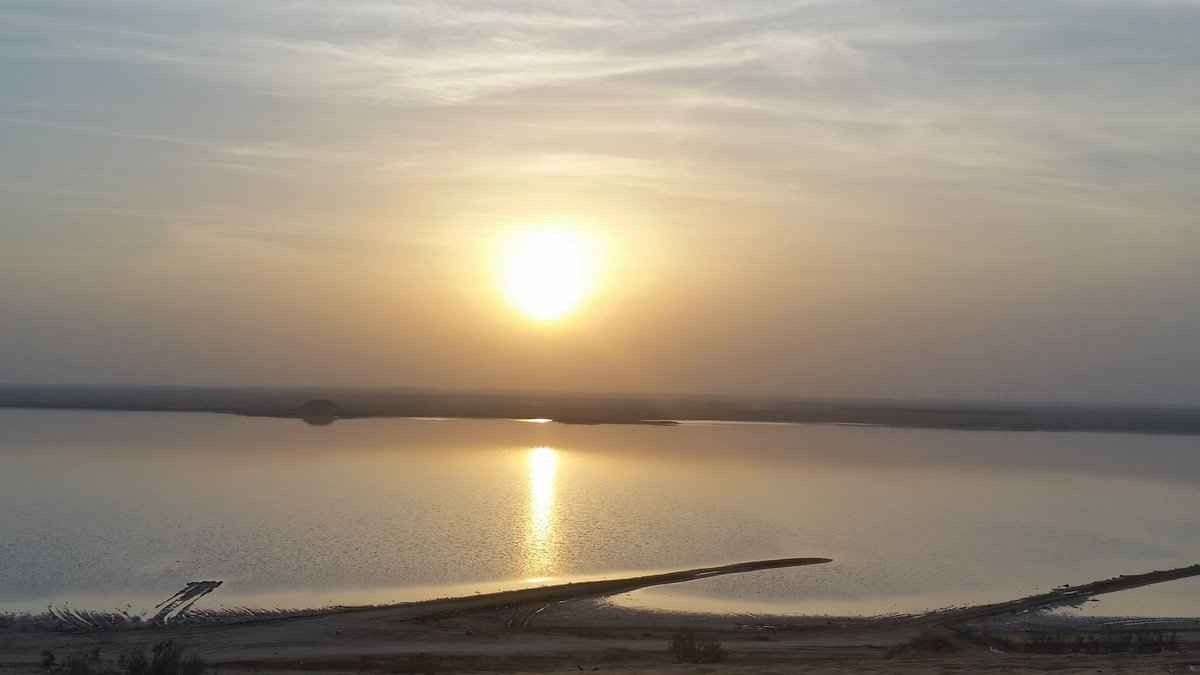 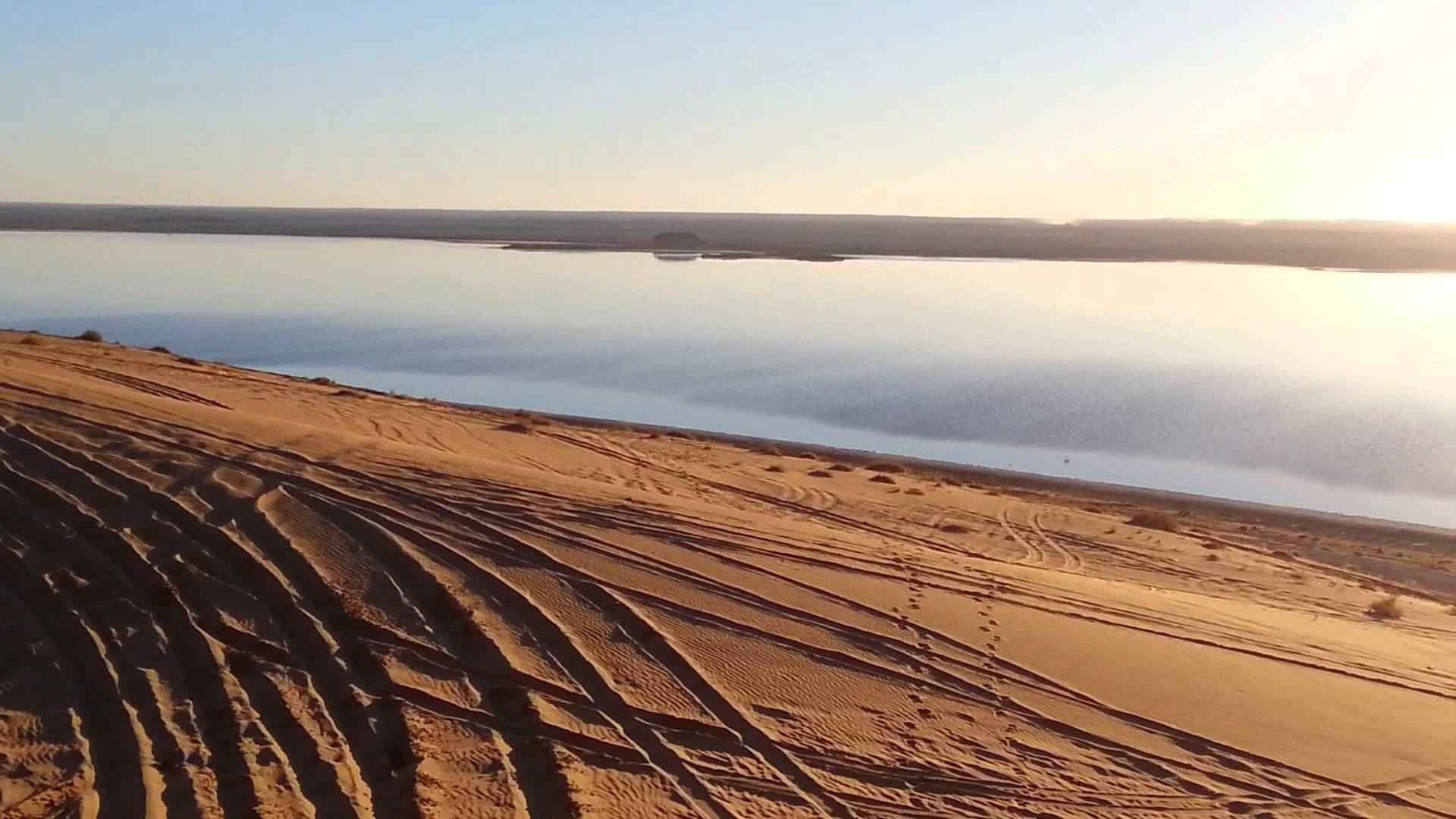 Al-Ain Palace in Al-Awshiya was built to be the historic seat of the Al-Awshashiyya Emirate in the east of the city of Unayzah and it has stood up to our time and that
It affected some factors of time, but it is still tall to witness a historical period in the city and to be one of the tourist attractions
It is visited by tourists in the city. The palace is surrounded by many natural areas covered with plants, trees and palm trees, which you can walk around and get a little
From relaxing after visiting the palace and sightseeing. 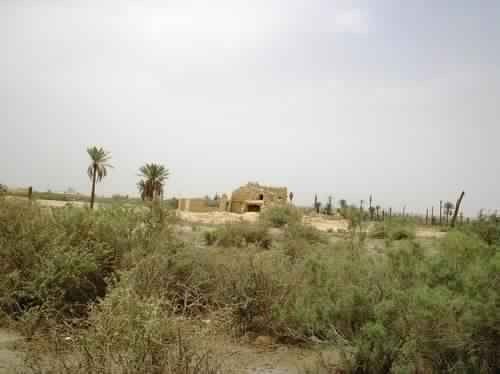 The Hamdan Heritage House is one of the most famous clay heritage buildings in Unayzah, and it is an excellent example of rural architecture
Asilah in Unaizah, the house is surrounded by an old farm in the valley of the other. The house is located on an area of ​​up to three hundred square meters and has been converted into a tourist attraction, so it has become one of the most important tourist places in Unaizah
And an important popular destination for many visitors from all over the Kingdom and it is classified as a museum in the Antiquities Authority. Inside the house there are many rooms that will take you to the heart of the customs and traditional traditions of Unaizah and inside you will find a museum
The antiquities include ancient traditional medicines, heritage clothing, and antique school books, in addition to distinguished statues that reflect the reality of life
People in the past and their most important customs and traditions. 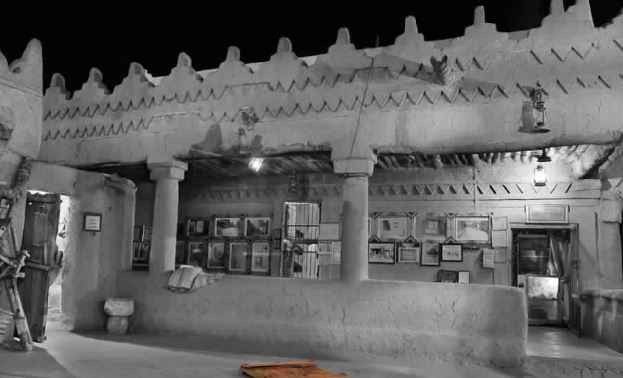 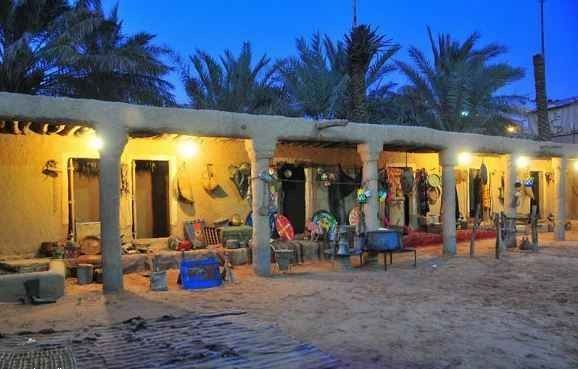 Osland Park is considered one of the group of tourist places in Unayzah. A visitor does not come to the city of Al-Qassim except and must visit it.
It is one of the largest tourist parks in the city with a wide area that allows tourists to enter with their vehicles and choose the place that suits them best.
Centimeters, this lake gives a picturesque beauty to the park and soothe the climate a lot and children and families can ride boats
In a very enjoyable family experience. The park also contains many fountains and water games that children can enjoy very much, in addition to shops and restaurants.
And cafes, horse riding, barbecue places, sitting, green areas and other fun things.

Al-Bassam Heritage House is one of the most important historical architectural buildings in the city of Unaizah, located near the western gate of the city of Unaizah
The old building was built in the year 1374 AH, that is, around 1955 AD. The house occupies an area of ​​three thousand five hundred square meters, then it was renovated in 1421 AH and it is still tall.
Preserving all its buildings, rooms, and relics to this day, it represents the old Najdi construction style. The house houses a museum that contains all the heritage tools that were used in that period of time and also contains
Handicraft show rooms that you can buy as souvenirs. 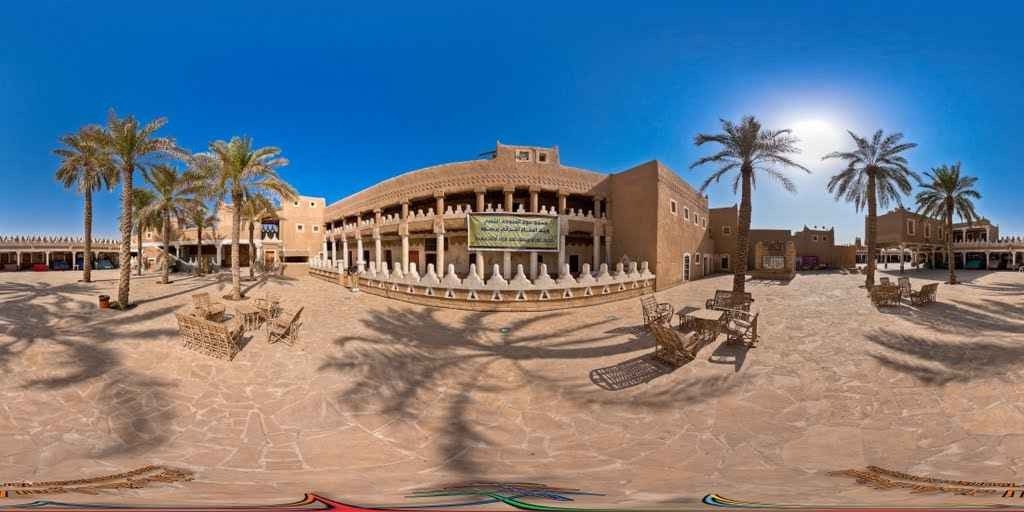 The Castle of the Falcon is one of the historical monuments of the city and the most important tourist places in Unayzah, but due to time and nature factors it did not
Only a few minor monuments remain from the castle and they are only two strongholds. The castle was built in 1302 AH, or approximately 1885 AD, and is said to be among the ruins of the Turks and Muhammad Ali Pasha’s campaign during
Ottoman rule. This castle or what remains of it is now an important heritage place in the city and a cannon has been placed next to it to alert the residents of the city
With the time of Iftar and Suhoor in Ramadan, and care is taken and preserving the remainder of it until our time to ensure that it is not lost, such as
Other parts of the castle. 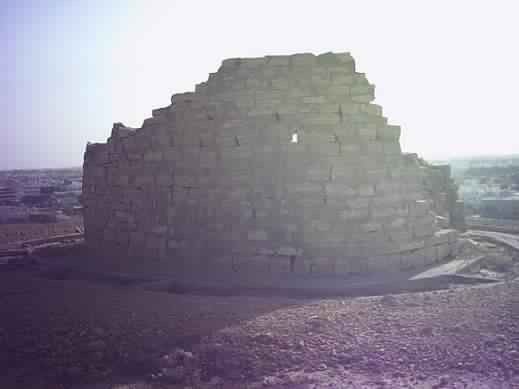 Tourism in Crete, the largest island in Greece (part 1)

The most beautiful landmarks of the Sultanate of Oman