The Greek island of Rhodes gives its visitors an opportunity to enjoy the magic of nature and relax in its warm atmosphere, historical monuments and picturesque beaches.

Today we know with you the most important landmarks and destinations on the island of Rhodes.

The port of Mandraki on the island of Rhodes is famous for being one of the most important ports in the ancient world, where the tall statue of Rhodes, which was one of the seven wonders of the world before its crash in 227 AD, was erected at its entrance.

The port is of great tourist importance due to the windmill windmill contained in it to grind grains, as well as Fort St. Nicholas. The port also embraces the luxury yacht marina.

Kameros is a small town in the west of Rhodes Island, and it has enjoyed a busy life in the ancient world. Today, it is a tourist site thanks to the ancient monuments it dates back to the Roman era, including Dorian temples, tombs and the remains of ancient houses.

Faliraki Beach is one of the most beautiful destinations on Rhodes Island, where you can enjoy the beauty of clear waters, fine sand and upscale resorts.

The beach has facilities for children, restaurants, cafes and water playgrounds, in addition to the evening atmosphere.

Visitors to Rhodes get to know the castle of Monolithos, which is considered one of the most important forts to defend the island in the Middle Ages, since it was established in 1470 and enjoys a unique architectural style.

Visitors to Rhodes Island enjoy climbing up to Monolithos Castle for stunning views of the sea, to take beautiful photos and eat at the castle restaurant.

Lindos is a region located south of Rhodes Island, and it has received a great tourist interest due to its wonderful historical landmarks, since its establishment dates back to the tenth century BC.

Lindos and its beaches are crowded with visitors, where high-end resorts are lined with stunning blue sea water and important monuments dating back to the times of the Romans, Greeks, Byzantines, Crusaders and Ottomans.

The ancient town of Rhodes is one of the most important tourist attractions on the island. It is listed on the UNESCO World Heritage Sites thanks to its ancient monuments dating back to the Greek, Roman, Ottoman and Medieval ages.

Visitors enjoy getting to know the old town by wandering about the antique alleys such as Al-Forsan Street and monumental buildings such as the Grand Master Palace, the Archaeological Museum and the Suleiman Mosque that chronicles Sultan Suleiman’s legal control of the city and the archaeological clock tower that provides panoramic views of the city, shopping and buying souvenirs from markets that were established centuries ago. many.

A pleasant excursion can be enjoyed in St. Paul’s Bay, where the crystal clear sea waters are crystal clear, which is a quiet area ideal for swimming, as well as the historical St. Paul Church.

The seven springs of the island’s natural attractions are located east of the city of Rhodes, a site considered a natural reserve of pine trees, forests and lakes that constitute 7 springs. There are cafes and restaurants in the area to enjoy the excursion.

While visiting Rhodes, you can also visit the historic Tsambika Monastery and the ideal beach of Tsambika for marine sports, and get to know the seven gates of Rhodes Island, which are gates dating back to the Greeks era.

You can also visit the water park and the aquarium to get to know the species of fish and rare marine animals, which is a fun trip for children, as well as the Valley of the Butterflies, which is located amid the picturesque nature. 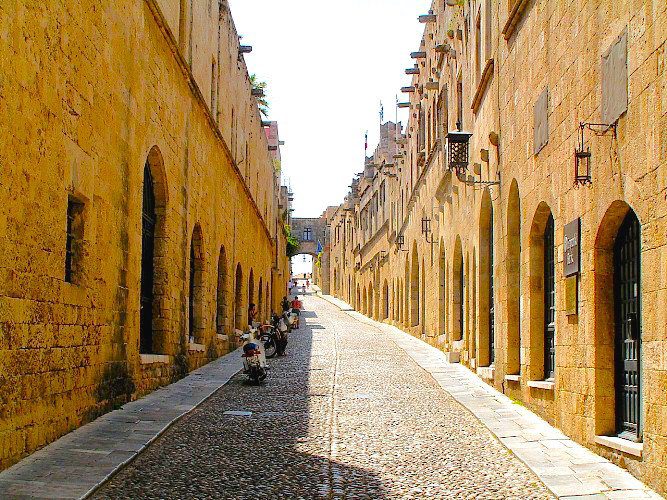 The streets of the old town 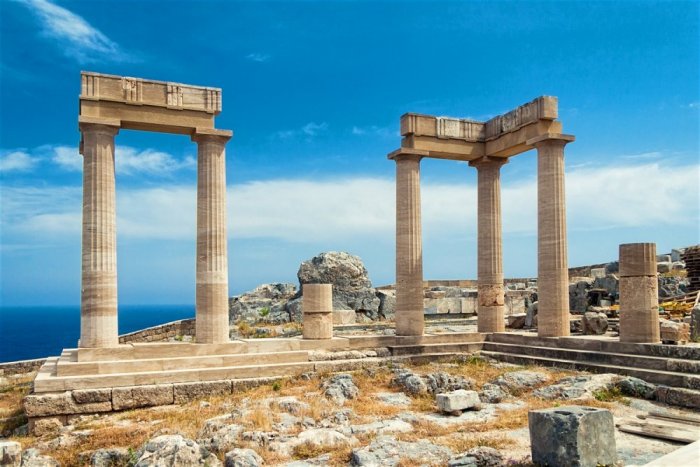 The magic of history in Rhodes 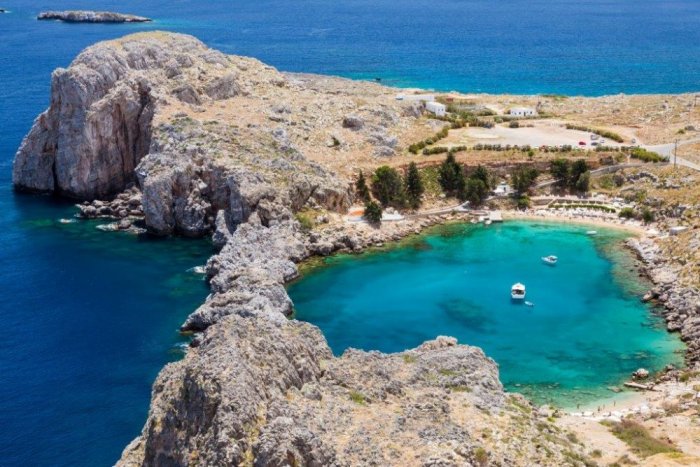 The splendor of nature in Rhodes 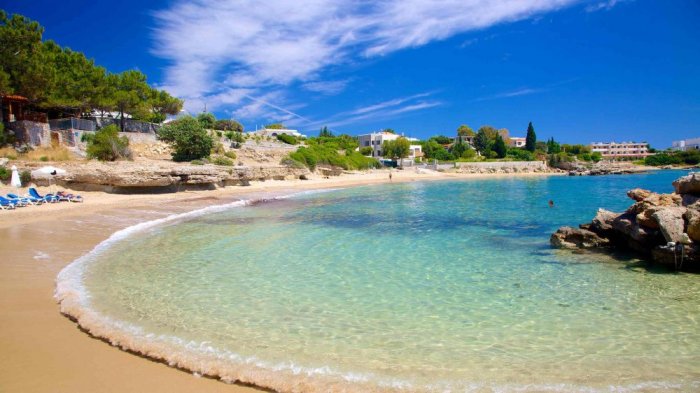 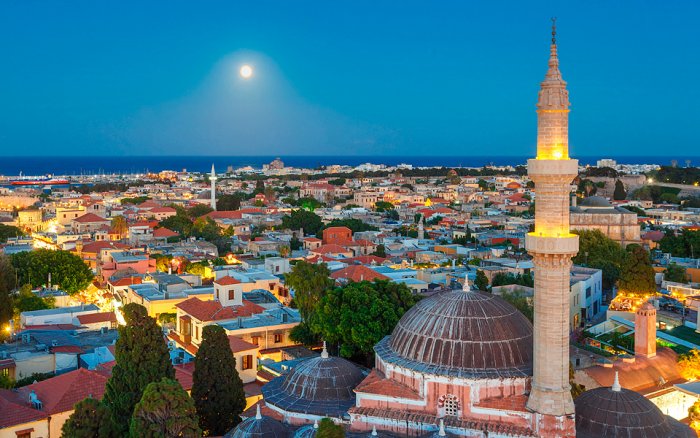 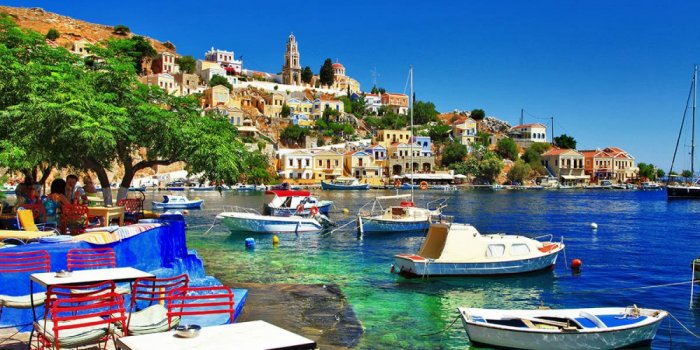 The pleasure of tourism in Rhodes 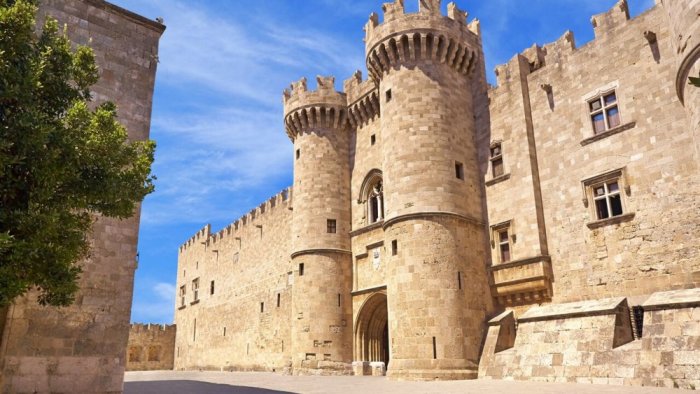 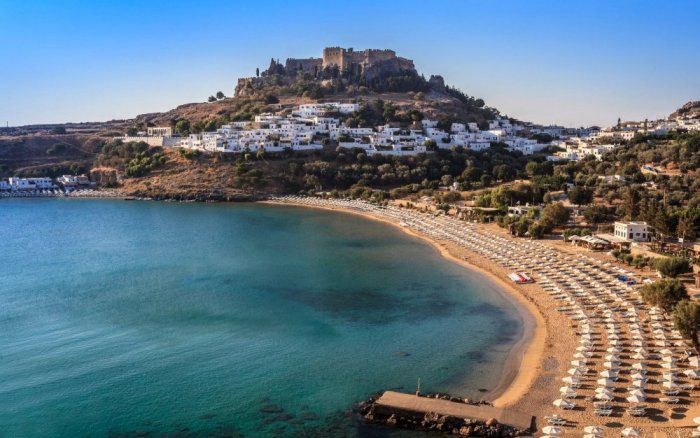 The splendor of beaches in Rhodes 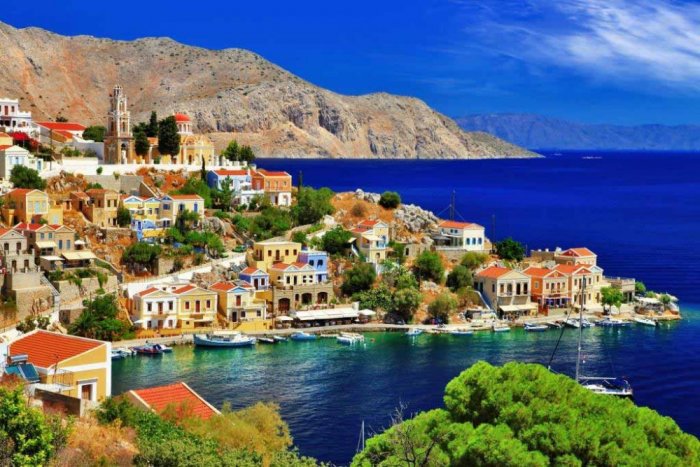 The beautiful island of Rhodes 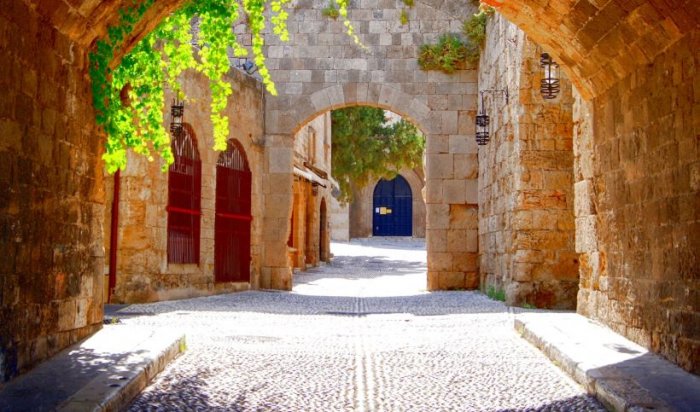 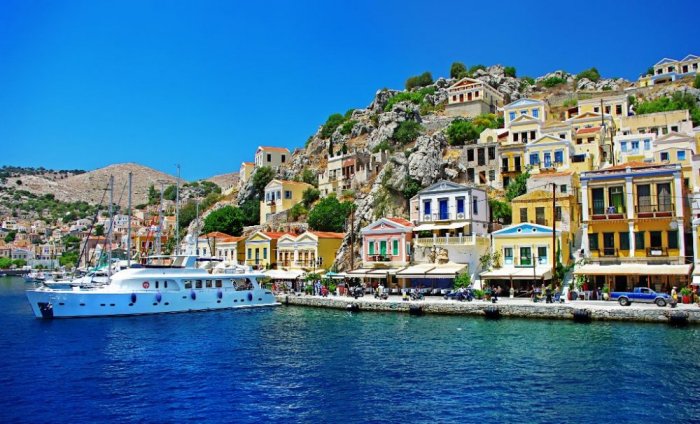 Spectacular atmosphere on the island of Rhodes 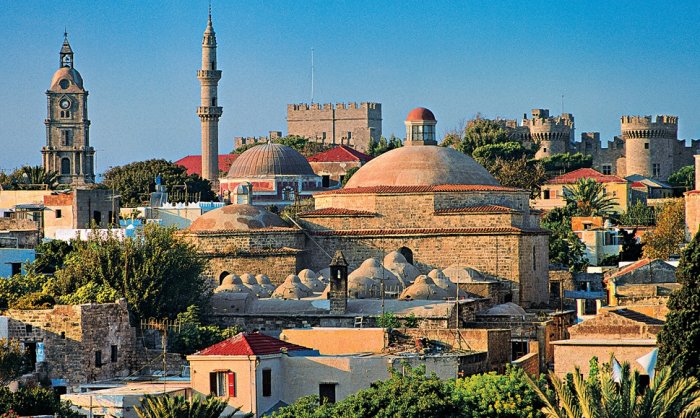 The atmosphere of the old town 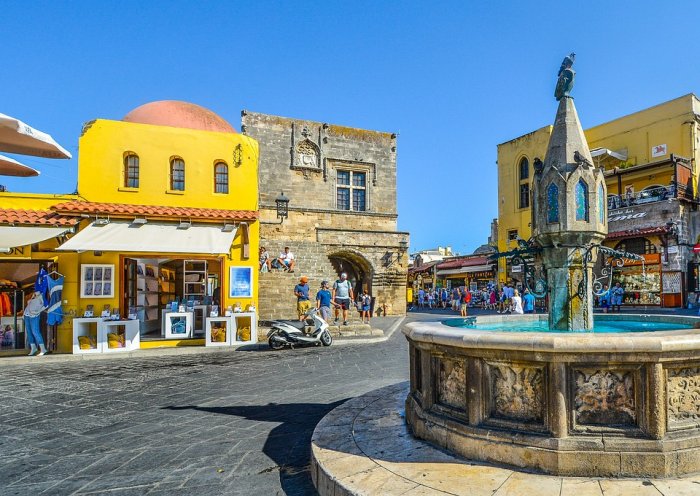 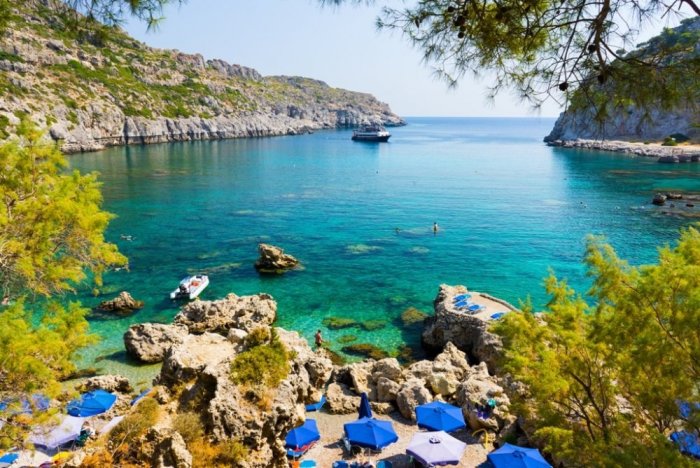 Picturesque bays for recreation in Rhodes 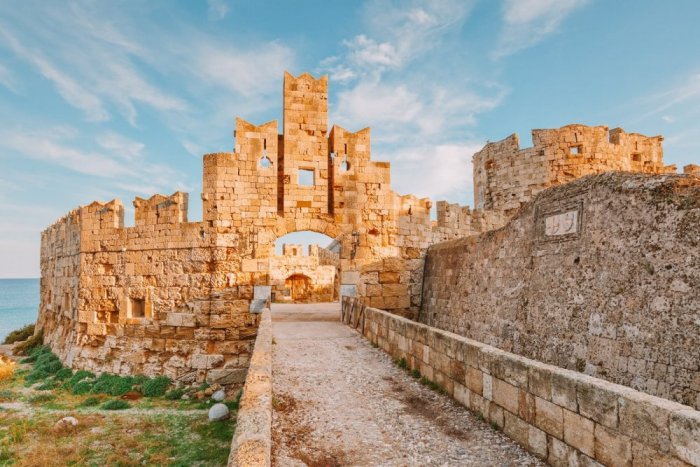 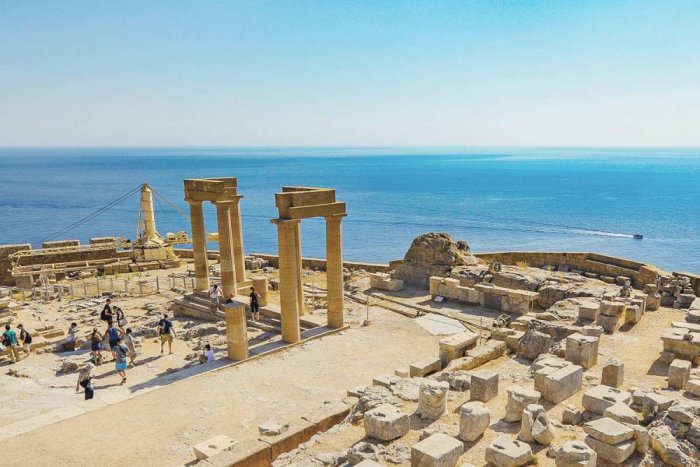 The monuments of Lindos 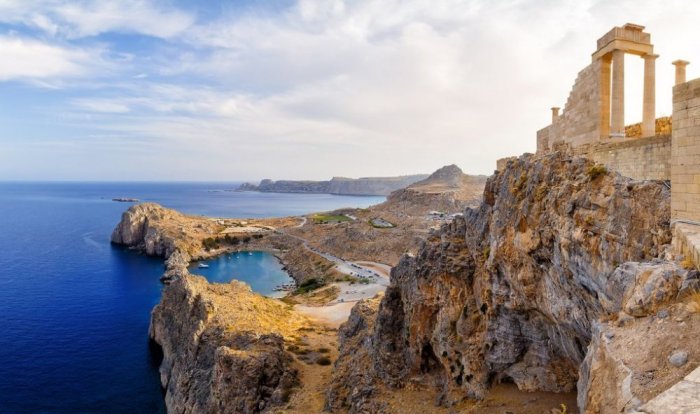 The most beautiful monuments in Rhodes

Top 10 places to visit in Spain