Tourist program in Bucharest for 7 days .. Enjoy spending a tourist schedule in Romania ..

Tourist program in Bucharest for 7 days ..

Dear tourist, Bucharest is famous for its beautiful historical monuments, where the old buildings and wonderful museums, in addition to providing many restaurants and markets that meet the needs of tourists and with it you can spend the best times in parks. 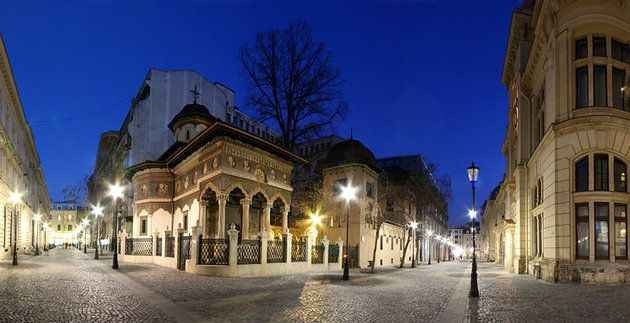 Dear visitor, you should start a tourist schedule in Romania by visiting the old town in Bucharest, where it dates back to the fifteenth and sixteenth century and was the seat of rule in the past, so it has great importance as it was a famous commercial center, so you should take a walk in its streets where Narrow streets, splendid archeological buildings, and ancient past, you will feel that you have returned to past ages and shops are spread in the streets, so choose souvenirs that suit your family and loved ones, and one of the most famous streets is “Lebsani” Street located in the south of the town, and also “Jabrfouni” Street. Q. In one of the cafes and have a cup of coffee with breakfast in the early morning, especially as they own cafes dating back to ancient times, when the merchants were returning from trade trips, they would sit by them to eat delicious drinks, and you certainly cannot miss visiting the field in them where the wonderful historical monuments remaining from the tiles Royal, palaces and gardens filled with flowers so take memorial photos with them and at the end of your tour have a delicious Romanian meal in a restaurant.

The second day .. “Palace of the Romanian Parliament in Bucharest” .. 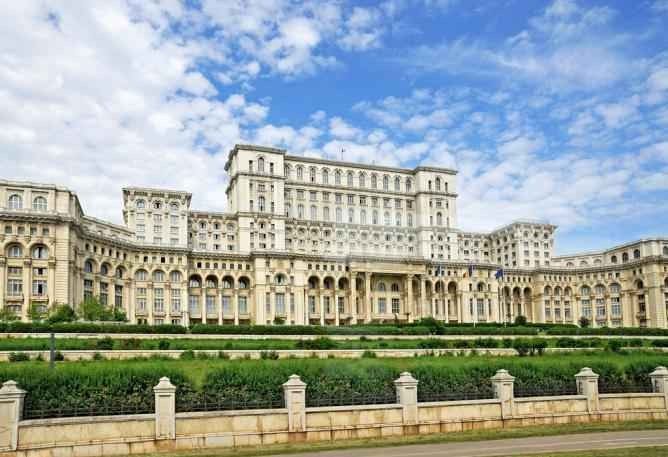 Palace of the Romanian Parliament in Bucharest Palace of the Parliament Dear tourist you have to visit it is one of the most important tourist attractions in the city, it is also called the People’s Palace due to the visit of many visitors to it and it is an important administrative building in the world until it is said that it is in the second center as the most important center in the world after the Pentagon and Of the most expensive buildings where the cost of construction reached about 2 billion pounds sterling, the palace consists of 12 floors in addition to four floors underground so the palace includes a thousand rooms. We advise you dear tourist to participate in one of the tours that go to the palace to enjoy watching the wonderful rooms as well as the spacious halls in addition to the balcony Not Horat in the palace because it provides a distinctive view of the city, while the lower floors are also wonderful and you cannot miss taking pictures of the memorial in the palace, especially luxury furniture and beautiful paintings. Also, his room is decorated with beautiful decorations, the palace starts to work from 10 am until 4 pm, entry prices 5 – 12 euros for adults and free for children. 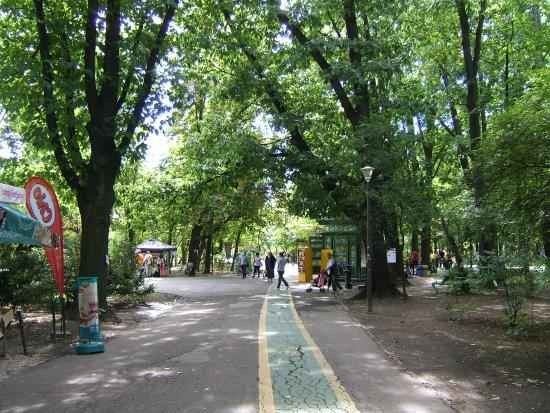 Herastrau Park is one of the best tourist attractions in the castle. It is located in the north of the city and is characterized by its view of the beautiful “Herrestrau” river. It is also one of the largest parks in the world and many tourists and locals go to it for walks and spending the best times. The park contains more About 1000 species of plants, as it is divided into two parts, the first is a natural area where there are clubs for yachts and golf places, and the other part provides an entertaining group of recreational activities and if you are with your children do not worry, the garden has many games that suit them. Activities you can do in Heristrau Bucharest. .
In the garden you will enjoy the charming nature and wide green spaces, you should run or ride bicycles in this atmosphere. You should also visit the rural museum because there are about 60 original houses for Roman farmers and what they used as water mills and you have to buy souvenirs from the stores in the garden and there are many garden in the park Statues of well-known Roman figures such as Quilliam Shakespeare, Charles, and other important figures, so I took pictures next to her.
There is a park for children in the park, “Adventure Park”, and it has a lot of children’s games. We advise you to enter the theater to attend special shows especially for the summer, which simulate ancient Roman shows. Of course, go to the river and sit back to relax in front of it, then go on a river tour with it to learn about natural features The beautiful surrounding and the park allows hunting inside it is a suitable destination for fans of hunting, the garden works throughout the day and admission is free. 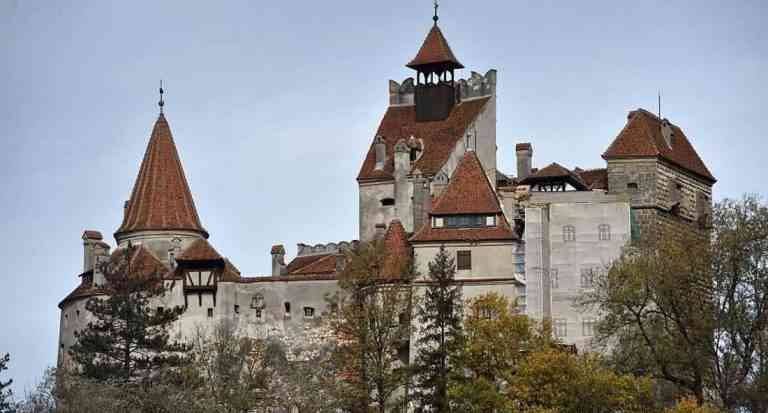 Dracula Castle bran castle is considered one of the most important tourist attractions in the city, it is also called Bran Castle and it is the original name for it, there is the castle in the Bran region in Bucharest, this castle is due to the Count Vlad, who ruled the country in the Middle Ages and raised a lot of mystery around the castle, knew Count Vlad is bloody and so the famous Irish writer “Bram Stalker” wrote about him Dracula’s novel that has been a great success since that time until now, so tourists go to visit it from everywhere. Activities you can do in Dracula Castle Bucharest .. 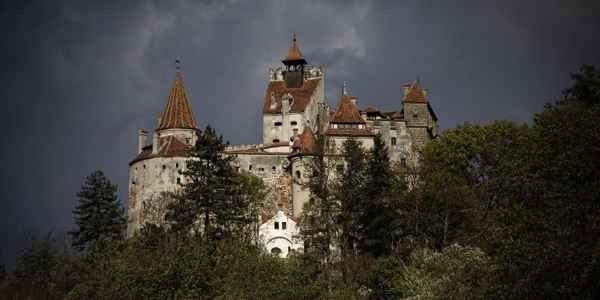 Activities you can take in Dracula Castle Bucharest The castle is also surrounded by trees and forests from everywhere. When you visit you have to take a tour around it to see furniture and weapons dating back to the fourteenth century until the nineteenth century and the wonderful rooms that number 57 rooms tell us The past, when climbing to the top of a castle, you will enjoy a wonderful panoramic view of the surroundings, with forests and beautiful fields.
And it is necessary to go to the open museum located at its top, it is an “ethnographic” museum that includes a collection of beautiful houses in the Romanian countryside style and has full furniture and all the requirements of the house in our time as there are clothes for the Roman locals of the Middle Ages and it is interesting that the castle enables you to stay For one whole day for more enjoyment, admission fee is 7.8 euros for adults and 5.6 euros for children. 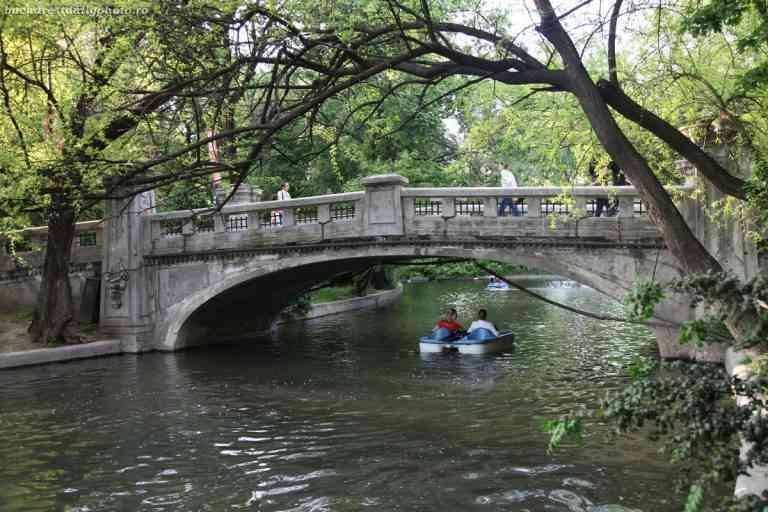 Cișmigiu Gardens is one of the most important tourist places in the city and is one of the oldest and largest parks, located in the city center and was established in 1845 AD to be opened in 1860 AD, the park contains 300 thousand kinds of trees, plants and herbs that grow in Romania in addition to Vienna, The park has statues of famous Roman figures, so wander around in the park and lake park go to it and tour the boat and enjoy rowing and in the winter the garden becomes an ideal destination for lovers of snowboarding because it is covered with snow, we advise you to eat a delicious meal as one of the restaurants in the garden, especially from the local dishes Roma Yeh, Free entry throughout the week. 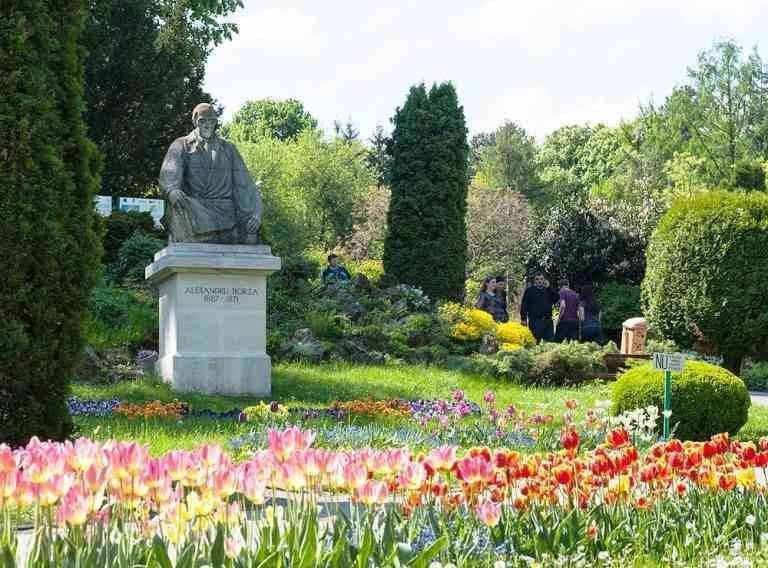 Bucharest botanical garden is the first botanical garden in the city, it was established in 1860 AD to be opened to the masses in 1891 AD and the garden is distinguished by its inclusion of more than 10 thousand species of plants along with a thousand types of other countries and the garden contains glass houses to help the growth of plants in an atmosphere Similar to its natural environment, enjoy sitting in the greenery and fresh air that renews the activity and wandering around to enter the greenhouses and visit small lakes to grow certain plants in them, as some lakes contain fish and frogs, of course your children will be happy with that, you should visit the museum in the garden to get to know The largest number of seeds and stuffed animals, as well as rodents and insects, as a group of celebrations and activities are held in the garden as exhibitions of flowers and the World Environment Day and photography competitions. The garden works throughout the week from seven and a half to three and a half except Saturday and Sunday The entrance fee is 3 euros per person. 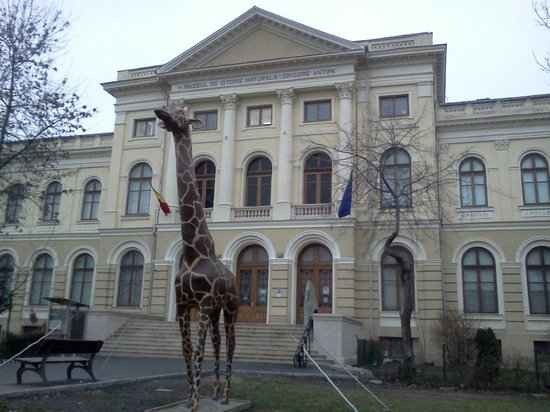 The Museum of Natural History, Grigore Antipa, is considered one of the most important tourist attractions in Bucharest. It was established in the nineteenth century and is called this name in relation to the famous Roman biologist “Gregor Anteba”. There are many wild and marine animals in the museum, including objects subject to extinction, when they roam the museum Dear tourist, you will enjoy watching different skeletons of dinosaurs and other creatures that lived in past ages. The museum includes invertebrates, vertebrates, rodents, insects and various minerals. The museum provides interactive 3D display screens to provide visitors with information about animals And the different environment in which you live and provide films suitable for garden children to help them to get information in a way that suits them.
The museum has artificial caves on the lower floor that contain Roman animals and plants, and it is fun for your children from 7-14 to try to sleep among other creatures according to the “Night among the Giants” program. The museum works from ten in the morning until eight in the evening from April to October and from ten in the evening Until 6:00 pm from November to March, entry prices are $ 5 for adults and $ 1.25 for children.