The city of Shanghai is considered one of the most beautiful tourist cities in the world. Shanghai was known for its beauty and congestion in Shanghai despite its cultural and scientific progress.

The first and easiest solution for fans of learning about Chinese culture is that Shanghai is a university city between the splendor of the housing architecture, in addition to many international museums and art galleries that highlight the cultural side of Shanghai, and many parks and public parks. But what is wrong with Shanghai is the great crowd, because the city’s population exceeds The 25 million people, which threatened tourism in Shanghai for a while, but the Chinese government took advantage of all the resources of the giant city.

The world’s most advanced transportation network

The Chinese authorities in charge of the city of Shanghai have provided all natural and human resources for the competition of time, and worked as a model transportation network serving the Chinese. Indeed, China has implemented the largest transportation network and the first magnetic suspension line in the world, and this project was implemented in record time, as well as the Chinese authorities took advantage of a site The city of Shanghai on the Yangtze River has developed an impressive river transportation system, and has also developed projects for both (subway – tram – as well as a bus and taxi project) 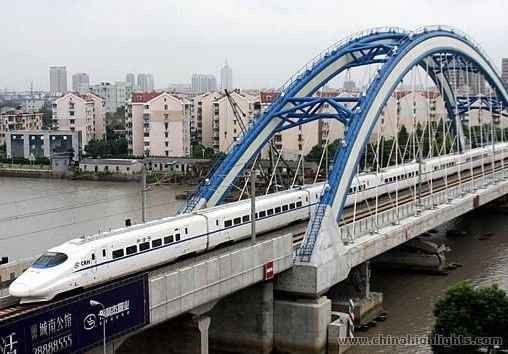 1. Diversity in means of transportation, there are in Shanghai more than seven distinct types, divided into transport (land – river – air), and all of these means are equipped and developed with the latest devices in the world. Cheap Prices Shanghai is characterized by the cheapest transportation tickets prices compared to international prices. 3. Transportation can be used as a way to get close to the Chinese people and learn about the different cultures it holds. 4. The city of Shanghai is distinguished by developing the method of payment through the introduction of an electronic payment method, a method through which tickets are paid for remotely, through custom electronic payment cards located in the post offices mainly, as well as in metro stations and various bus stations.

The most used means of transportation in Shanghai

It is one of the largest means of transportation in Shanghai, which depends on more than 10 million people daily, the first metro station was opened in Shanghai in 1993, but with the increase in the number of users of this vital facility it was further developed. Especially in 2015 where it opened The world’s longest express transportation system, which runs through 14 lines along the largest revival in Shanghai, among which is Songjiang and Minhang. 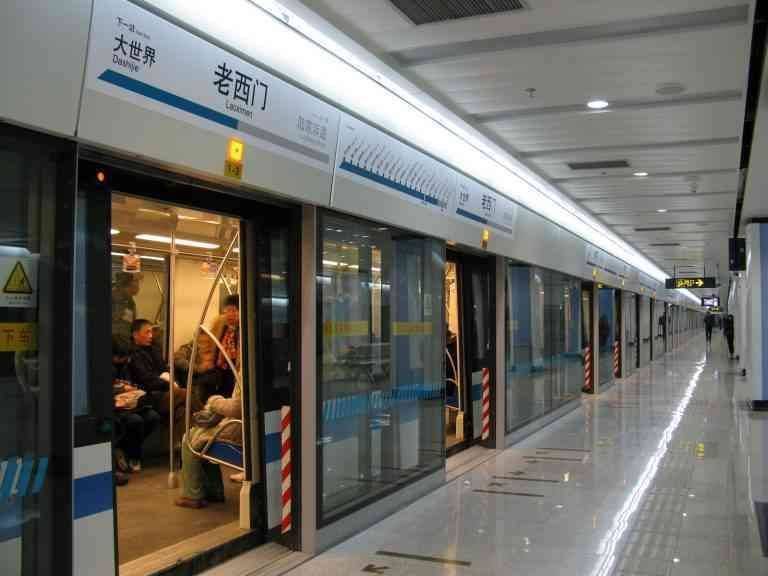 It is one of the important means of transportation in Shanghai, and it means a large number daily since its reopening, as it was previously used before 1963, but it was closed for safety reasons, except that after doing more than an insurance procedure it was officially opened in the coming years. , It works as a means of attraction for tourists, because the tram runs in the middle of the city and brings tourists close to the Chinese people and its unique customs. 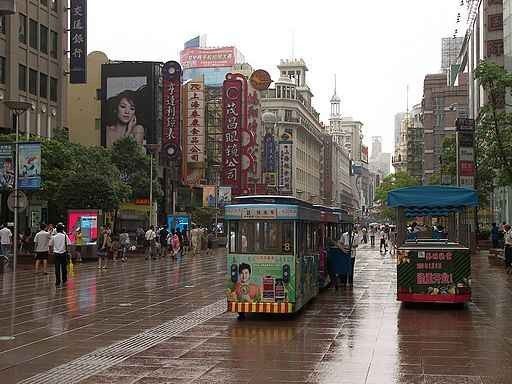 It is one of the cheap and available methods for everyone, especially those with low incomes or those with a relatively lower social class, and because buses or buses are the strategic alternative to most major transportation, they have been taken care of by the Chinese government and the work of the largest bus line in the world, and a transport company has been devoted specifically to managing things in the city of Shanghai The transportation company also developed the services of the electric bus or what is called (trolley), providing it with air conditioners and making it safer than before, as well as preparing it for longer distances without problems or delay. 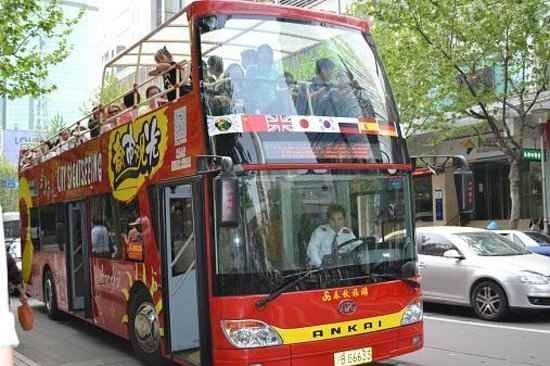 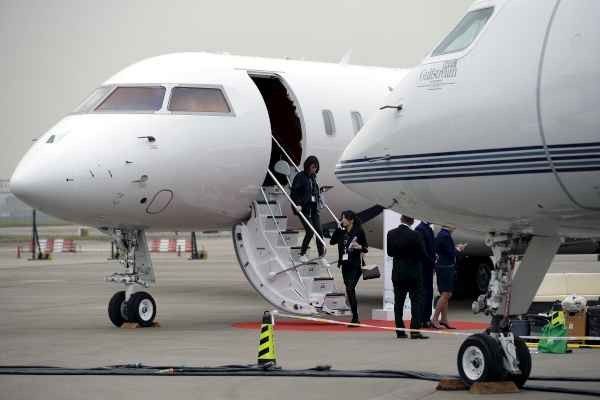 It is one of the most important means of transportation in Shanghai, and it is developed periodically, and there are three in Shanghai

Main stations serving a large group of Chinese people, and these stations are: –

• The main railway station • The Shanghai Southern Railway Station • The Shanghai Hongqia Railway Station The newly developed railway has developed tremendously as the fastest magnetic magnetic train in the world was opened, opened in 2004 after three years of hard work and construction of this train, the train speed is about 431 km per hour. The Shanghai Magnetic Hangover Train is for business, but sometimes it is used to transport passengers from Shanghai Airport to the city center of Shanghai without problems. 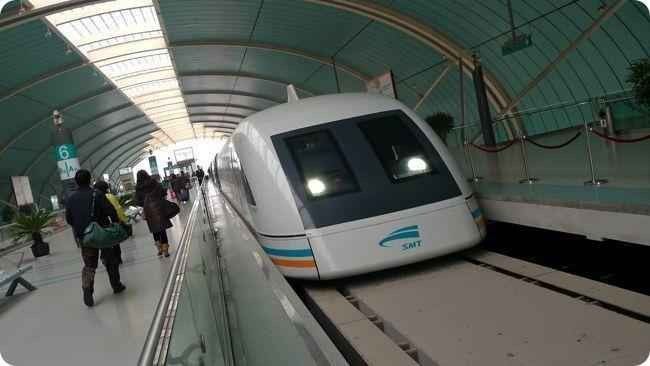 There is the Huangpu River in Shanghai, the third longest river in the world, and it passes in the middle of the city, so the Chinese government took advantage of this river and the use of its beautiful natural scenery, in transportation operations as well as in tourism, so the Chinese government paid attention to ferries and striking views of both sides of the road. 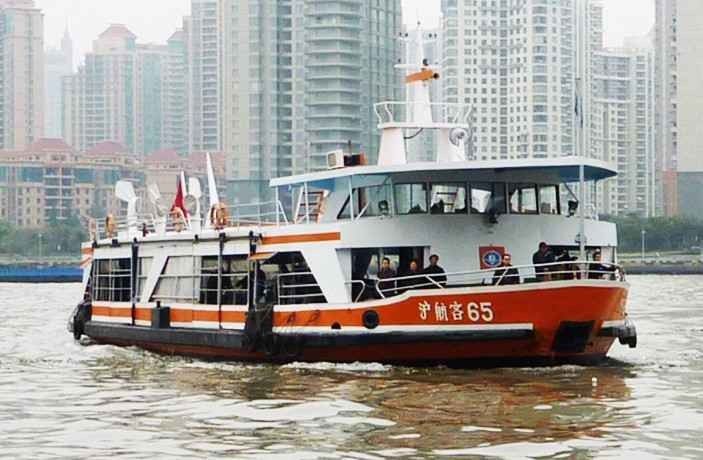 Because Shanghai is one of the largest cities in China, and it is a major commercial center, the Chinese government has established two international airports in Shanghai only. These two airports are equipped at the highest level to keep pace with the latest technology, and to serve passengers traveling from inside and outside Shanghai, and the number of flights going from Shanghai and out of it Elf exceeds flight.

The most important places to visit in Shanghai

Shanghai is the capital of China and the most densely populated city, but the dense transportation network makes transportation in it easy and easy, so there are some places in Shanghai that must be visited: -1) The Bond District: – The so-called Bond Street: This region brings together a group of unique designs , Which varies between the Gothic style, the classical style, the Baroque as well as the romantic mixed with the modern modern style. 2) The Shanghai National Museum: – It is very suitable for amateurs to learn about the ancient history of China, as well as amateurs to learn about Chinese culture. 3) Shanghai Disney Land: – It is a simulation of the American Disneyland, you can spend y A unique m with the parents or you can spend a day dedicated to you and your children. 4) Shanghai Zoo: – You can see more than six thousand animals, including more than 600 animals threatened with extinction such as (panda – southern China tigers – golden monkeys). 5) Visit Street Nanjing Xinghai: We can say that this street is one of the busiest streets in the world, but we do not mind visiting it and buying gifts for family and friends before heading home. Finally, we can say that Shanghai is one of the most important cities in the world, and the most systematic thanks to the organization and diversity in the means of transportation in Shanghai. 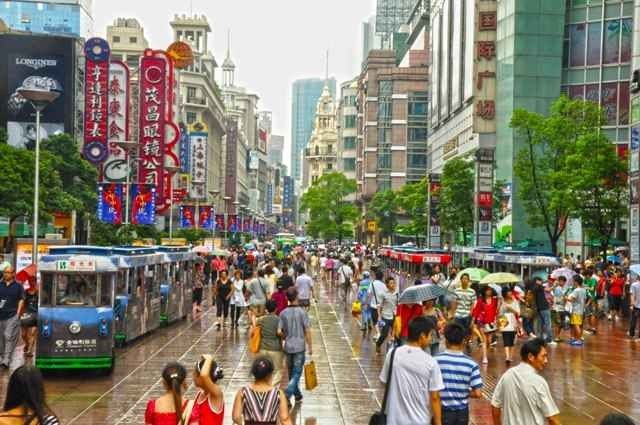