Travel advice to Russia .. the city of tourism and beauty and 9 steps to ensure you a pleasant trip

We offer you, dear tourist, travel advice to Russia, which is waiting for a happy accident next year, which is hosting it for the Confederations Cup, and football fans are preparing to travel to it at the present time, and Russia occupies a great place in the hearts of its visitors, to facilitate travel procedures and reduce its cost, as it is characterized by splendor The location and beauty of appearance, Arab travelers give you some advice that guarantees a pleasant trip to Russian cities.

Unforgettable procedures … before traveling to Russia .. 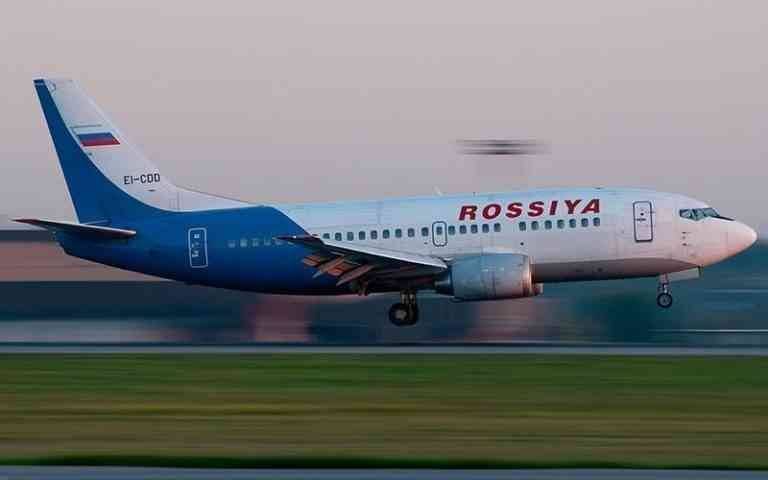 Unforgettable procedures … before traveling to Russia..of travel advice to Russia..Do not forget to book a hotel in Russia before traveling and contact the embassy to register the passport, and to complete your travel to Russia you need a valid passport provided with two personal photos, in addition to some documents And documents to obtain a visa that allows you to stay for at least a month for the purpose of tourism, and you have to bring important papers such as your credit card, and that learning some Russian words makes it easy for you to communicate greatly, and avoid going out at night as theft works, and know well the closing times The metro. Also read: Neighborhood in Russia

The best times to visit Russia

One of the most important travel tips to Russia that you should watch out for is that you should stay away from traveling to Russia in the winter where the weather is harsh and the cold cold, and the best times for recreation in Russia are in the months of April and September where the beautiful temperate climate.

Russian cuisine surpasses itself with the most delicious cuisine 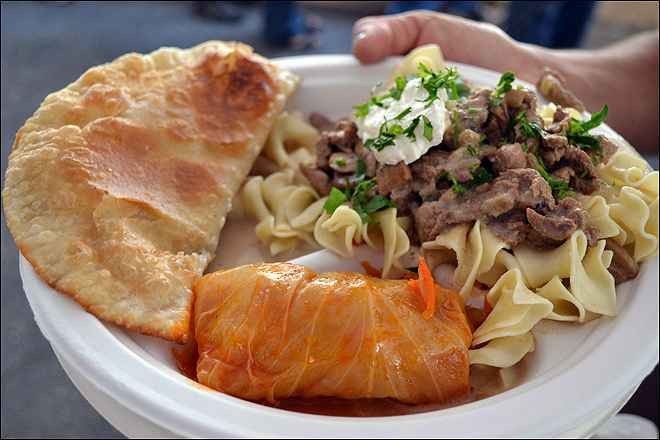 Russian cuisine surpasses itself with the most delicious cuisine..You cannot miss trying the most delicious Russian cuisine that Russian cuisine is distinguished from others such as: Chicken Kiev, pasta with meat, rye bread and Olivet salad, next to the caviar (IKRA) and is usually served with dry bread or regular or sweet pancakes, Pelmeni is a popular dish consisting of pastries stuffed with meat, in addition to (Piroggi), which is a fermented dough that is baked later after filling it with cheese, vegetables or meat. Read also: Travel Tips to Moscow .. the city of beauty and dreams and the host of the World Cup Qualifiers 2020

The easiest and cheapest way to move between Russian cities 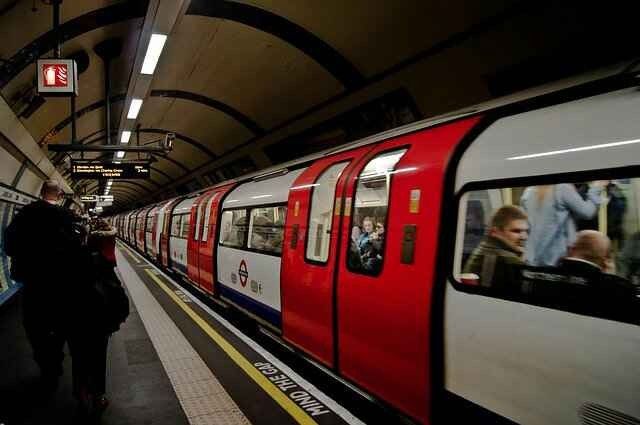 The easiest and cheapest way to travel between Russian cities..Dear tourist, you need to save your money and do not spend it in transportation, and you have to rely on the metro mainly for your transportation, because it is the cheapest and easiest means of transportation in Russian cities, and you have to know well the work dates that extend from Five o’clock in the morning until one in the morning, and you do not miss to download the map of the metro on your mobile phone, in addition to a map of Russian cities for easy navigation from one place to another, so as not to waste your travel time searching, as there are nine railway stations in Russia in addition to a large number of buses, But it does not work with appointments It does not provide a tourist with comfort, so we advise you to use the metro.

What distinguishes Russia from other countries 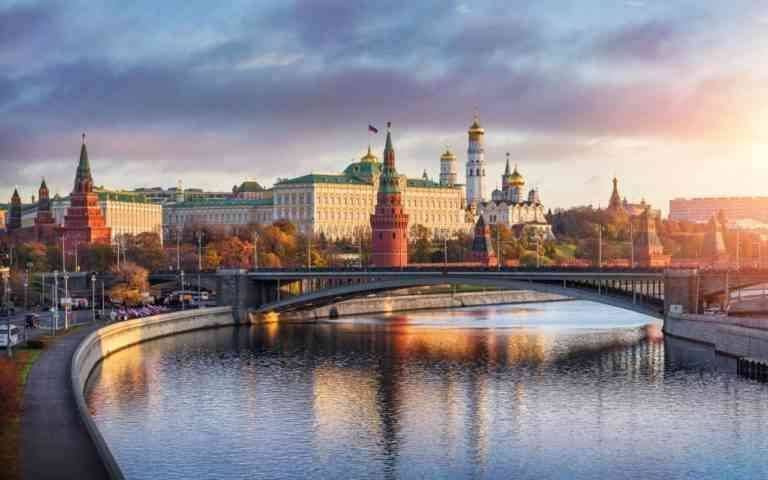 Perhaps what distinguishes Russia from other countries … other than hosting the World Cup, next year and being the largest country in the world in terms of area, its embrace of many cities, with a picturesque appearance and a wonderful location and a moderate atmosphere, and excellent services, which turned Russia into a tourist resort that provides all ways Convenience and entertainment for its visitors, and the most important of these cities: One of the most important travel tips for Russia is to visit Moscow as the “capital of Russian beauty”, which occupies a great cultural and tourist position in Russia, so I took it as its capital, and it includes many museums, ancient buildings, and luxurious palaces, along with parks and gardens that attract tourists such as: a park Moscow Zoo, park Gorky and Lusine, which makes it a tourist resort that brings pleasure and luxury to its visitors, dear tourists do not miss visiting the city of Saint Petersburg, which was called “the city of love and peace”, due to its wonderful atmosphere that spreads feelings of love, and is full of archaeological sites that have numbered for 8000 sites, and perhaps the most important features that distinguish the city from others: the Winter Palace, Petropavlovsk Castle, the Palaces of the Palaces and Nevsky Street. We also advise you to visit the city of Kazan and embrace the places of worship where you combine the mosque, the church and the Jewish temple, and occupies a large historical place to include the most important historical cities Religious monuments such as the Kremlin castle And some mosques and churches. Read also: Tourism in Tatarstan .. All you need to know to travel to Tatarstan 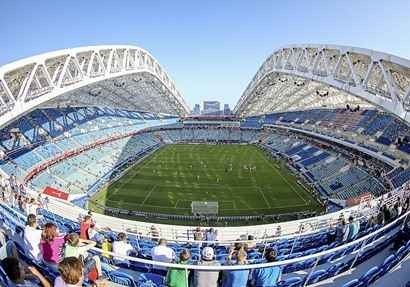 General advice that guarantees you to spend a special time in the city of magic and beauty..If you decide to travel to Russia next year to watch the World Cup matches, be sure to take a group of friends so that you do not get bored and thus you can spend the most enjoyable times during your short trip.It is very important to learn some Russian words Basic, via the Internet. You can also use a guide to be able to communicate with Russian citizens who are often unaware of speaking the English language. * Set yourself a time plan and specify the places you want to visit, the duration and cost of the visit, so that you can visit the largest possible number of museums and palaces. * Beware Promenade Dick the dark streets during the night to avoid acts of theft, and this does not suffer spreading to Russia, as it is like any country in the world that suffers from thefts, especially during the night periods. * Do not feel that you are less than the Russian citizen, because his nature rejects every stranger because he does not despise you or deliberately insult you, so therefore Be careful with your talk and deal with it. * Rest assured, the security conditions in Russia are stable and totally disturbing, and the streets and tourist places are provided with additional security forces that guarantee you freedom of movement between monuments, parks and ancient museums. * Do not give up your passport, to guarantee you freedom of movement with all Places, security personnel often ask to see Hoppe Your character is specific to tourist areas, and stick to the period of residence specified for you and do not exceed it, so as not to expose yourself to punishment for violating the Russian law. * In times of hiking between palaces and museums, I am interested in bringing some food, water and juices, so that you do not have to pay exorbitant money in restaurants, and there are some places Not equipped with restaurants at all. * Maintain the customs and traditions of the country in which you are located, and do not take any behavior that does not respect the popular culture of the Russian citizen, so as not to meet criticism and rejection, ridicule and contempt at some times so as not to show your aversion to alcoholic drinks, for example, the Russian society deals with it On the universe A Omrdobiei.

Travel advice to Marseille .. the “all-inclusive city” to spend a unique trip at the lowest cost

Travel advice to Spain … what you should know before your visit!